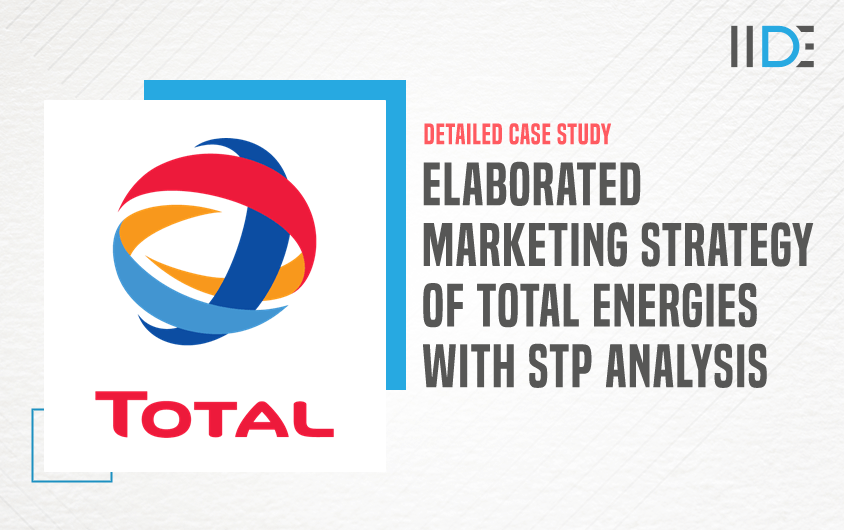 In the previous article, we learned about the detailed SWOT analysis of Total. In this blog, we will go over the marketing strategy of Total Energies, which is a large energy company that produces and sells fuels, natural gas, and electricity.

The goal is to provide you with information about Total Energies, a global energy company dedicated to providing better energy that is more affordable, reliable, cleaner, and accessible.

Marketing is a component of a company’s DNA that can make or break it. Marketing has followed users around the world as they migrate to the digital realm. If you’re interested in cutting-edge digital marketing, you should definitely check out Karan Shah, our CEO and Founder of Free Masterclass on Digital Marketing.

In this blog, we will go over the marketing strategy of Total Energies in detail. Let us begin our deeper analysis by learning more about the company’s history, target audience, and digital presence. 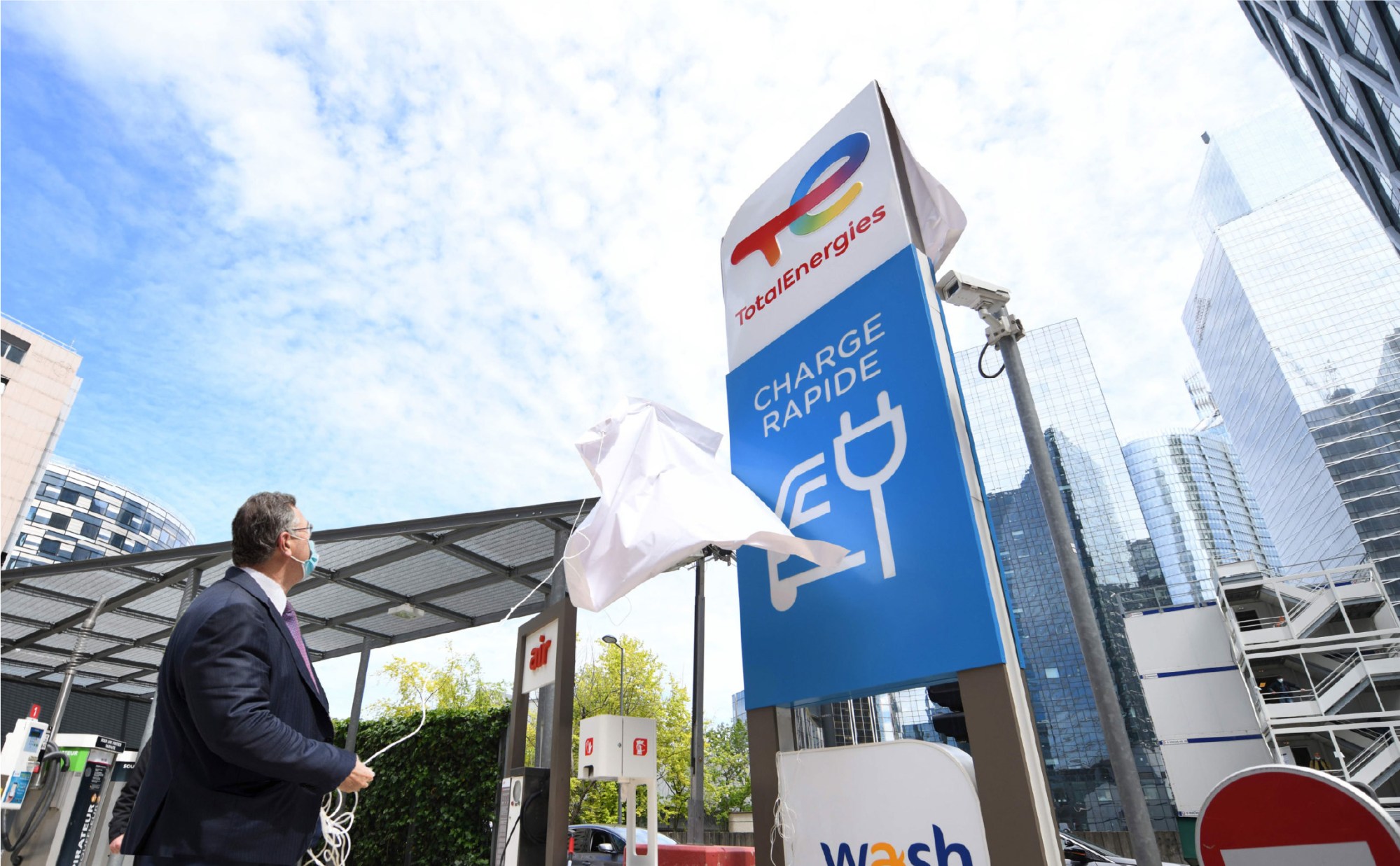 TotalEnergies is a French multinational integrated oil and gas company. The foundation of the company was laid back in 1924. Total is the seventh ‘supermajor’ oil company. Its businesses cover the entire oil and gas chain, crude oil and natural gas exploration, production to power generation, transportation, refining, petroleum products marketing, and international crude oil and product trade.

Gas and oil will play an important part in our lives for several decades as the technologies are not much developed as of now. As a major player in the energy industry TotalEnergies is aware of all the environmental risks of its operations. Their motive is to avoid or minimize these risks.

TotalEnergies also operates in India and has been active since the 1990s. Today they retail petrochemicals, market products and related services, and operate in renewable energies. They also lead community outreach initiatives in the country to promote training, road safety, access to energy and energy efficiency.

Let’s get into more details about the marketing strategy of Total Energies and how the company carries out its different marketing campaigns!

Total uses the broadest available segmentation of the target market. They are aiming for all geographical locations, whether they are Tier 1, 2, or 3 cities. In fact, in many cases, there isn’t much targeting or segmentation involved because they are attempting to reach all demographics, geographics, and psychographics of consumers. Along with that, they are open to both public and private projects.

The company does not produce anything to be sold, they work in oil and energy industries throughout India. So the concept of targeting does not apply to Total.

Total maintains its position in high-quality projects. The total has a long-standing commitment to creating responsible infrastructure. Sustainability is an integral component of their approach to business and work practices. 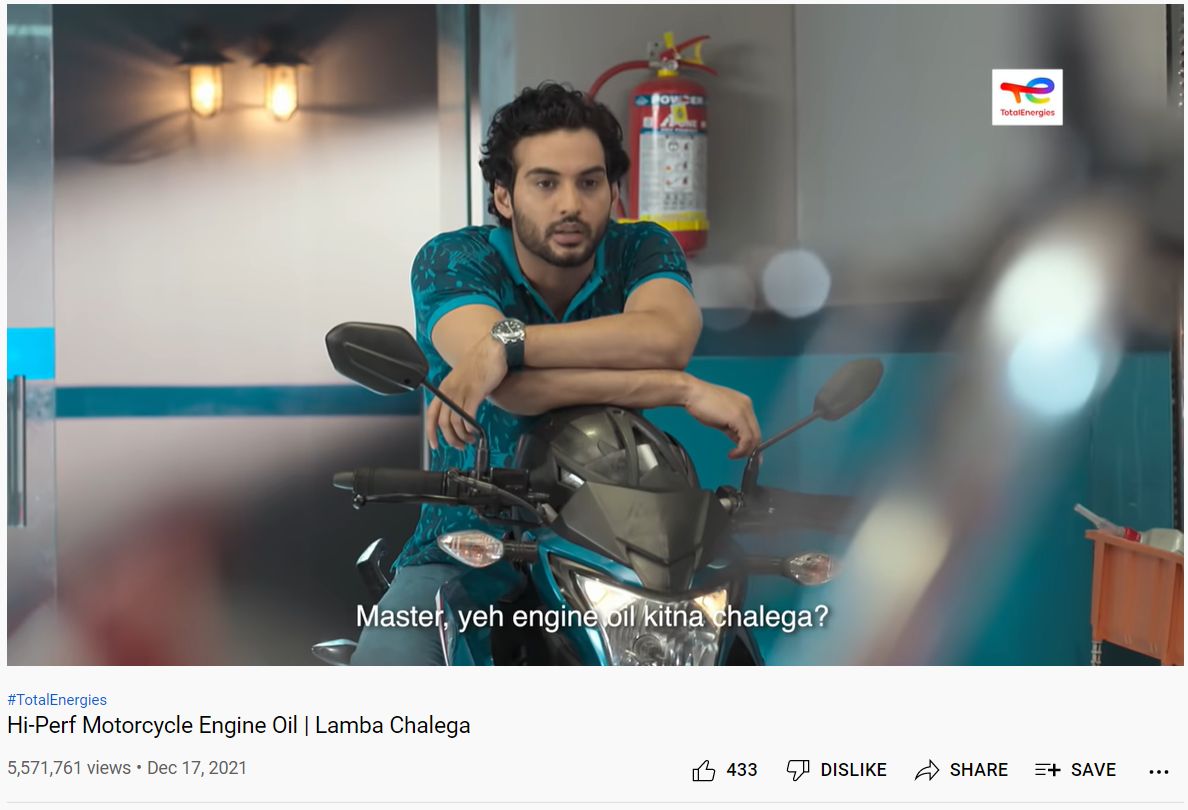 Since its inception, the campaign has been a huge success, garnering over 200 million impressions and 31 million views on digital in just 14 days!

The 45-second film, which stars actor Pankaj Tripathi, reaffirms the product brand’s dual promise of 82 % better wear engine protection (compared to industry test limit) and optimal engine performance for your motorcycle. The campaign has been designed for broad reach across TV and digital platforms, as well as various on-the-ground activations in key markets.

TotalEnergies wanted to strengthen consumer trust and belief with their latest campaign, ‘Lamba Chalega.’ To drive our messaging consistently across all relevant touchpoints, we designed an integrated campaign that included traditional, online, and social media, as well as advocacy outreach.”

On October 2nd, 2014, Total launched a new international multimedia advertising campaign in 21 countries at the moment to raise brand awareness. Total’s operations in oil production, refining, and marketing are spotlighted, including its prominent role player in natural gas (50 percent of its output) and the global number two in solar power, via its affiliate SunPower.

The campaign exemplifies the meaning behind the Group’s new baseline, “Committed to Better Energy,” which emphasizes producing “better” rather than “more.” In this way, the Group expresses its conviction that the path to a responsible energy future begins with energy that is safer, cleaner, more efficient, innovative, and accessible to as many people as possible.

To help shoulder this commitment, a large number of Group employees were involved in the campaign’s production, and the majority of the scenes in the commercial were shot at Total locations. The campaign was launched in 21 countries and ran in three waves on television, in the press, on the web, and on social media over the next three years. It was also seen in airports.

This is one of their campaigns to save the environment.

The posts contain mostly promotional and informational content along with some posts related to their vision and commitment based on nature and environment with some interesting facts. As per SEO ranking, it is said that the number of keywords – below 500 is bad, above 1000 is good, and 10,000+ is amazing. As we can see that totalenergies.com has 110,059 organic keywords which are considered as amazing as the company is very deep into SEO and it’s doing a great job.

Also, the traffic per month is around 10K or 1.0m organic visitors per month which means the company is doing really well as they are very easy to search on google. TotalEnergies and Amazon Are Nearing Carbon Neutrality. For Amazon, it means hands-on assistance in meeting its protracted development goals. TotalEnergies’ objective is to accomplish the Company’s broad energy strategy with an iconic, exacting client, and to meet the growing demand for renewable energy in particular.

LanzaTech, Total, and L’Oréal announce a world first: the production of the first cosmetic plastic bottle made from industrial carbon emissions, which will be created in three steps.

Total Energies has its mobile app on the play store named Total Energies ACF. It is an application allowing any user to both identify and authenticate Total Energies lubricants products by ensuring the reliability of the label, contents, and container. This app is very user-friendly as just by screening QR codes users have a simple and efficient means for collecting information on products they want to buy ( or already bought) and be confident that these products are genuine. 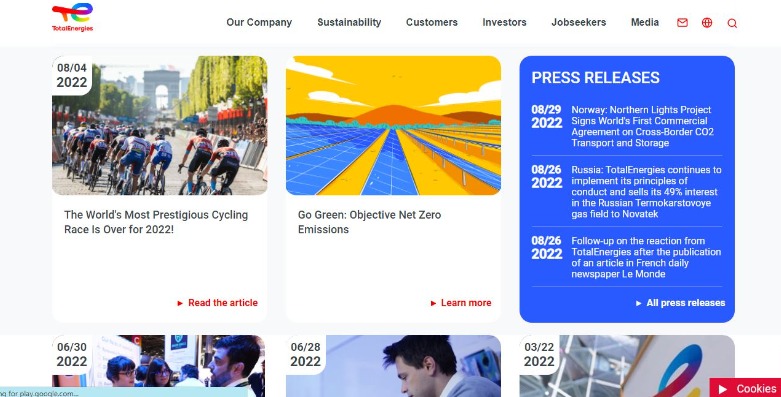 Total Energies publishes information about upcoming projects, innovative ideas, and alliances with other countries on its very popular social media handle, like Facebook and LinkedIn. They furthermore publicize their services and alliances through news articles, publications, videos, articles, and so on.

In the marketing strategy of Total Energies, we saw that TE is gaining more and more support from all over the world due to its consistency and motive to save the environment by using different means which are very effective and trying to be a world-class player in the energy transition.

The strength of Total Energies is its employees, research & development team, and their idea to offer multi-energy such as renewable electricity, and natural gas, and promote circular management of resources.

Their marketing strategy is good by using digital media i.e. social media and making people aware of their projects, ideas, and basic knowledge about electricity or solar energy.

If you like such in-depth analysis of companies just like the marketing strategy of Total Energies check out our IIDE Knowledge portal for more fascinating case studies.