Extensive Marketing Strategy of SiriusXM – The Only Satellite radio provider in the U.S.

The objective is to help you understand why and how SiriusXM managed to remain popular in the U.S despite the free music streaming services’ rapid increase in the U.S. SiriusXM has close to 25 million paying subscribers and it has also been ranked 5th in product quality score. Reason for its popularity, various marketing strategies and the amount of entertainment content it has provided.

We will learn the entire marketing strategy of SiriusXM by the end of this blog. Before diving deep into it, let’s begin with the company’s story, target audience and digital presence.

On February 19, 2007, Sirius announced a merger deal with competitor XM Satellite Radio. If the pending merger received government approval, which was required because of antitrust considerations, it would combine the two services into a single satellite radio network in the United States and would be named Sirius/XM Radio.

On March 24, 2008, the U.S. Department of Justice approved the merger of Sirius and XM. Conditions of the merger included allowing any third-party company to make satellite radio devices; producing new radios that can receive both XM and Sirius channels within one year; allowing consumers to choose which channels they would like to have and paying $19.7 million in fines for past rule violations.

SiriusXM believes that the right technology and a mature analytics approach are critical for data-driven marketing success. This is why SiriusXM’s marketing strategy was moving towards a real-time model that supports timely and accurate customer messages.

The key to SiriusXM’s success was offering a range of content such as featuring every genre of music, talk show, podcast and even an audiobook channel. In 2019,SiriusXM bought Pandora for 3.5billion dollars.Pandora is a music streaming app that allows you to create stations. If you don’t like a song or genre, they would remove songs like that and provide you with songs similar to your genre or taste. With SiriusXM acquiring Pandora, the loyal subscribers of SiriusXM now have a broader range of music and podcasts to listen to whenever they are driving.

Since SiriusXM is a satellite radio provider, its target audience is busy working adults. There are times when working adults couldn’t watch their football match or watch the latest updates on a news channel, that’s when they could hear it on SiriusXM on the way to work. They could receive updates, hear podcasts and even hear their favourite genre of music. When it comes to music, SiriusXM does not limit itself. It has a music genre for all ages making it more likeable and user-friendly.

SiriusXM has always aimed to be seen as a company that provides you with your choice of entertainment such as music, podcast, news and comedy. It aimed to be different, vibrant and user-friendly. It has certainly succeeded in it with the amount of hard work that goes behind the scenes just so that the user could enjoy SiriusXM without any glitch or issue and have fun vibing with SiriusXM, its best friend when driving alone. 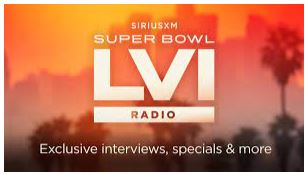 In 2021, SiriusXM launched a campaign called “The Home of SiriusXM” created with translation, the independent creative agency, This campaign debuted on Tv, digital, and social media and in audio news too. This campaign was a successful one because it featured artists, creators and stars from all around the world who work in the industry of entertainment, sports and music. SiriusXM has also partnered with TikTok and its campaign. 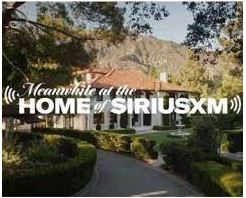 In Feb 2022, SiriusXM announced that it will be announcing its extensive programming plans for the week of Super Bowl LVI when the biggest game of the NFL season and all the excitement surrounding it comes to the city of Los Angeles.  SiriusXM listeners will get multiple broadcasts of the game, a dedicated Super Bowl LVI pop-up channel, plus a mix of sports and entertainment programming that only SiriusXM can deliver. This marketing campaign was certainly a hit. 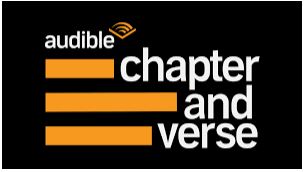 In Dec 2021,  SiriusXM and Pandora teamed up with Audible, the leading creator and provider of premium audio storytelling, to create Chapter and Verse, a new programming series that will blend conversations with some of the world’s top authors and the music and artists that inspire them. 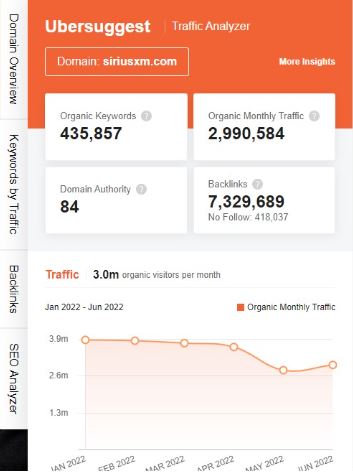 SiriusXM has been quite famous when it comes to collaboration with celebrities. Their national campaign ad held last year featured many celebrities living in SiriusXM’s house. Imagine all talented celebrities under one roof. Isn’t that exciting?  Famous celebrities like Kevin Hart, LL COOL J, Dave Grohl, Bebe Rehxa, Normani and many more. The campaign was definitely a hit and the best part about it was that listeners could bring SiriusXM with them anywhere on mobile phones, smart tv, and other connected devices using the SXM app.

SiriusXM has not only great design on its website but it’s also user-friendly. Moreover, the plans they have are detailed and clear. They have also added every single event that occurred through the company. Their blogs too consist of good content writing. 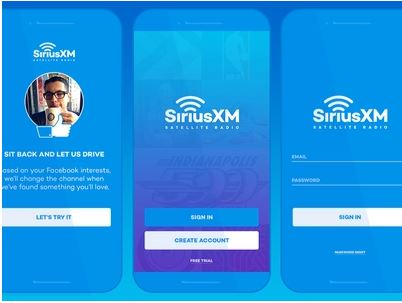 SiriusXM has a mobile app called the SXM app. Subscribers of SiriusXM can stream music at this mobile app too. It is a user-friendly app and has unlimited access for its users. This app allows you to connect SiriusXM to your smart Tv, wireless speakers and smart devices. There are 425+ channels and ads-free music from all decades and genres.

SiriusXM is active in terms of updating its blogs. Every single collaboration, every new stream, and every event update are always updated on their blog. Besides that, their social media handles have the same updates. Recently SiriusXM has updated its second quarter finance information.

With increasing competition companies are yet not learning how to fight their battle by winning over their customers with better marketing efforts. In a modern world where digital marketing has great importance, being well aware and having hands-on knowledge in the field is a must for all marketing enthusiasts.

If you like such in-depth analysis of companies just like the marketing strategy of SiriusXM check out our IIDE Knowledge portal for more fascinating case studies.