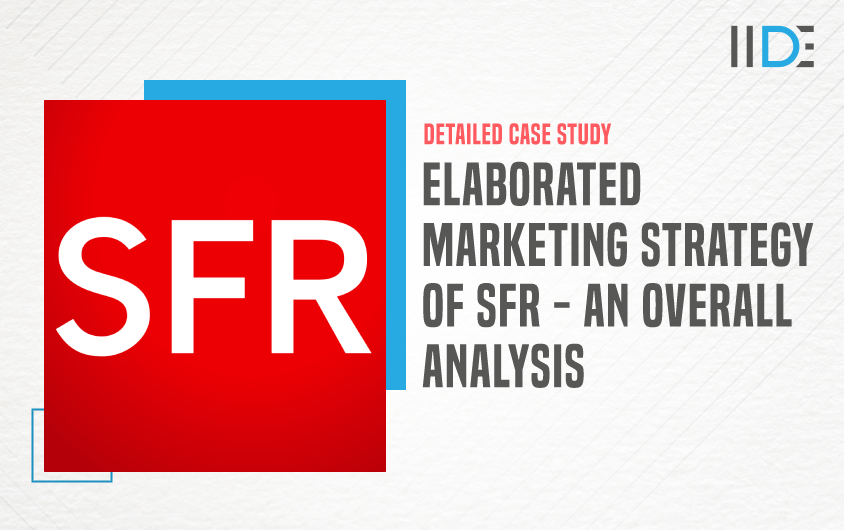 In our previous article, we had learnt in detail about the SWOT analysis of SFR. In this article, we are going to elaborate on the marketing strategy of SFR – A business service provider (Telecommunication company). It deals with the Internet, Mobile and telecommunication industries.

The goal is to provide you with information on SFR. It is France’s largest telecommunications corporation.

Marketing is an integral aspect of a company’s DNA that may make or break its success. As users all around the world migrate to the digital sphere, marketing has followed suit. If you’re interested in modern digital marketing, IIDE’s Free MasterClass on Digital Marketing 101, taught by our CEO and Founder, Karan Shah, is a must-attend.

In this blog, we will go over the marketing strategy of SFR in detail. Let’s start by learning about the company’s history, target audience, and digital presence before we dive in. 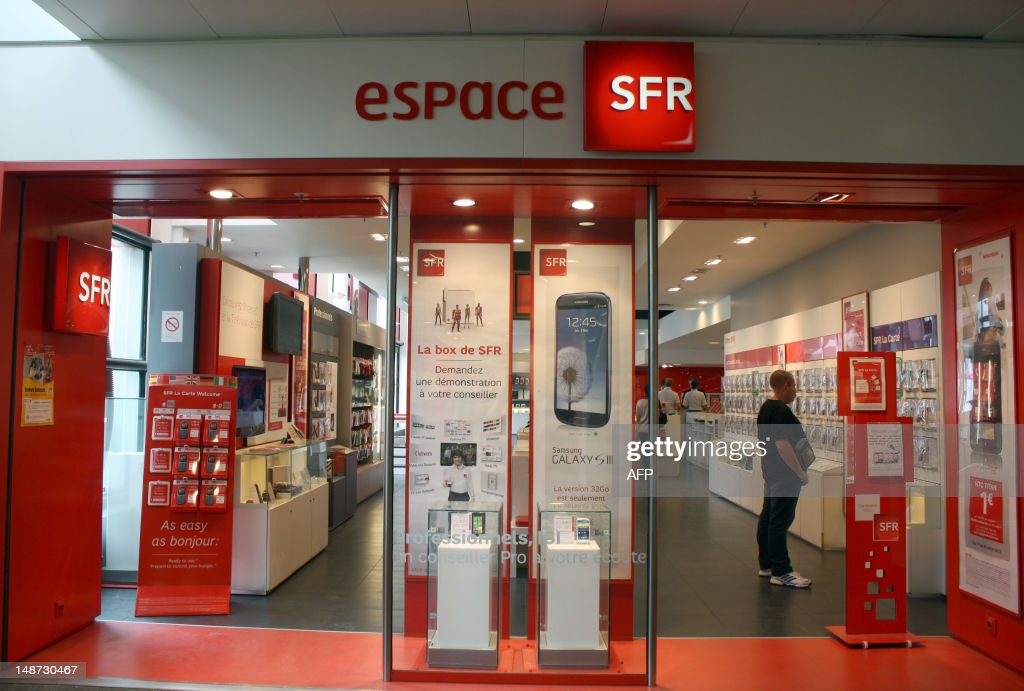 SFR is a French mobile communication company that gives services within the overseas department of France, the Caribbean Islands of Martinique, Guadeloupe and Guyane. It deals with fixed-line internet, mobile internet, fixed-line and mobile telephony.

SFR was founded as a company in 1987 with the purpose of its parent company CGE to start out offering a 1G mobile phone service. SFR also became the second French mobile network operator to launch 2G GSM services on 15 November 1992.

Other than the overseas department, SFR provides cable operating services in Belgium and MVNO in some communes of the Brussels Region and some regions of Luxembourg. SFR customers are 21.9 million in metropolitan cities and 6.35 million households customers are enjoying SFR’s high-speed internet access.

“SFR’s job is to be visible on all of these platforms and to give real-time information so that SFR stores stand out during searches.”

The company is planning to launch a new strategy: SFR was the launch of a project to improve its SEO strategy, etc.

The SFR targets mobile phone users, the Box de SFR users, and Home by SFR users, these are all the products the SFR launched and also they target the SFR other services like Fixed-line internet, mobile internet, fixed-line, and mobile telephony, IP television uses always

It has an eleventh position in the world. Market Position: SFR has a dominant market position being the first 1G mobile phone provider in France’s metropolitan and overseas departments. Since its beginning, the company’s growth has enabled it to generate new revenue and diversify the economic cycle risk in the areas it serves. 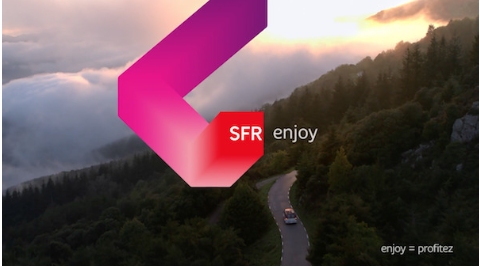 A 45-second and a 30-second commercial was shown on television. A  2-minute long version was broadcast digital and on some television screens. SFR will also be broadcasting on the radio.

The purpose of this campaign is to communicate SFR’s new marketing strategy. Yes, the campaign was successful. 2018 is a sign of great change for the operator SFR. The brand made a big splash by bringing together four celebrities for the same commercial. 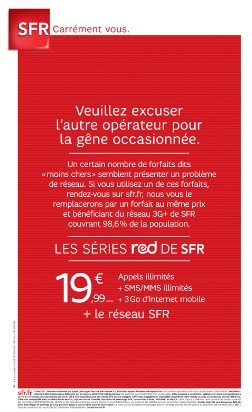 The purpose of this is to SFR simply proposes in this ad that Free’s customers switch to SFR without additional costs. No, the advertisement was aggressive to the people – “Such an aggressive action, aired so publicly in the news, is a rare example of fierce rivalry in a mature business,” people commented. The most followers are there on Twitter with 101k followers. However, this does not signify a different strategy, but rather just the time spent on a particular platform.

SFR has a very well-organised posting routine which makes sure that each Social media platform gets equal attention.

SFR has ensured that its social media footprint grows every day. Posts related to telecommunications and promotional videos spread access to all forms of media and attract a lot of eyeballs. The company can be found everywhere from Linkedin to Instagram to Facebook to Twitter and Youtube. 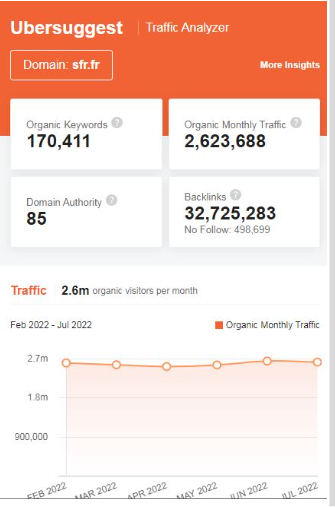 According to SEO rankings, the number of keywords – below 500 is bad, above 1000 is good, and 10,000+ is amazing. As one can see, https://www.sfr.fr/  has 170,411 organic keywords, which itself is considered excellent. That means SFR’s digital marketing strategies are gaining a lot of traction and are working well.

Furthermore, the monthly traffic is approximately 2.6M, which is an excellent figure. As a result, SFR has made efforts to optimise its search engine results and is reaping the benefits effectively, as evidenced by the numbers.

The action promotes the new fibre-optic service on TV and the internet.

The campaign “the adventure arrived at his house” starred Neymar Jr next to the player Cristiano Ronaldo and the pilot Sébastien Loeb. 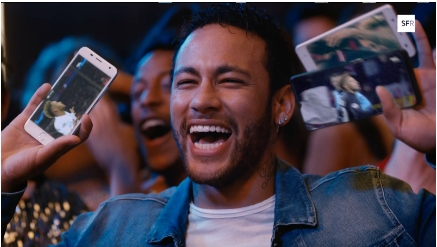 It has been uploaded on the Internet. The purpose of this was to say it has launched its ultra 4k Tv.

In the Ecommerce strategies, the brand called SFR has an online platform for the customer to see, know, and can buy the product.  They have their website and The SFR company sells electronic devices. It is a telecommunications company.

Website link: https://www.sfr.fr/, and it is also active on social media.

There are all applications that SFR provides to their customers, the different apps can be used as different methods or for different purposes as a French mobile communications company. As of December 2015, it has 21.9 metropolitan France million users of mobile services, and it offers 6.35 Million households with high-speed internet access.

Their content marketing strategies are they talk about Accueil –

SFR also keeps their content interactive, giving a personal vibe to its client base. Informational content is also a major boost to their imprint as more and more people refer to each other and help them build a community.

One of the industry’s top providers of ICT solutions and services, SFR Company has a solid track record as a network expert. It is one of the greatest French mobile communications businesses, serving millions of people around the country.

If you like such in-depth analysis of companies just like the marketing strategy of SFR check out our IIDE Knowledge portal for more fascinating case studies.