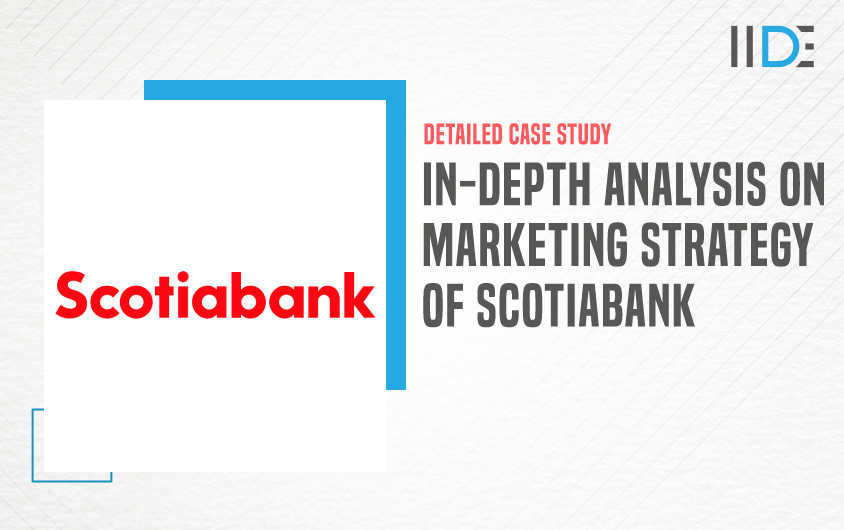 The last time we did an elaborated SWOT analysis of Scotiabank. This time we will look at the Marketing strategy of Scotiabank – a Canadian Multinational Bank.

Scotiabank, one of Canada’s big five banks, ranks second in the largest Canadian bank by deposits and market capitalization. Scotia bank is a Canadian multinational banking and financial services company. The bank serves more than 25 million customers around the world with more than 89,000 employees working with them. They offer a variety of services such as personal and commercial banking, wealth management, corporate, and investment banking.

The success in terms of capital and its positioning along with its top-notch IT infrastructure and skilled employees definitely have to do with their strong digital marketing skills. Digital marketing has become one of the most important marketing skills these days for reaching out to customers as everything is shifting towards digital and everyone is present on digital platforms. If you would like to find out about digital marketing and its scope, do check out Free Digital Marketing Masterclass by Karan Shah, the founder, and CEO of IIDE.

In this blog, we will go through the marketing strategy of Scotiabank, but before that, let us have a brief understanding of what Scotiabank is all about. 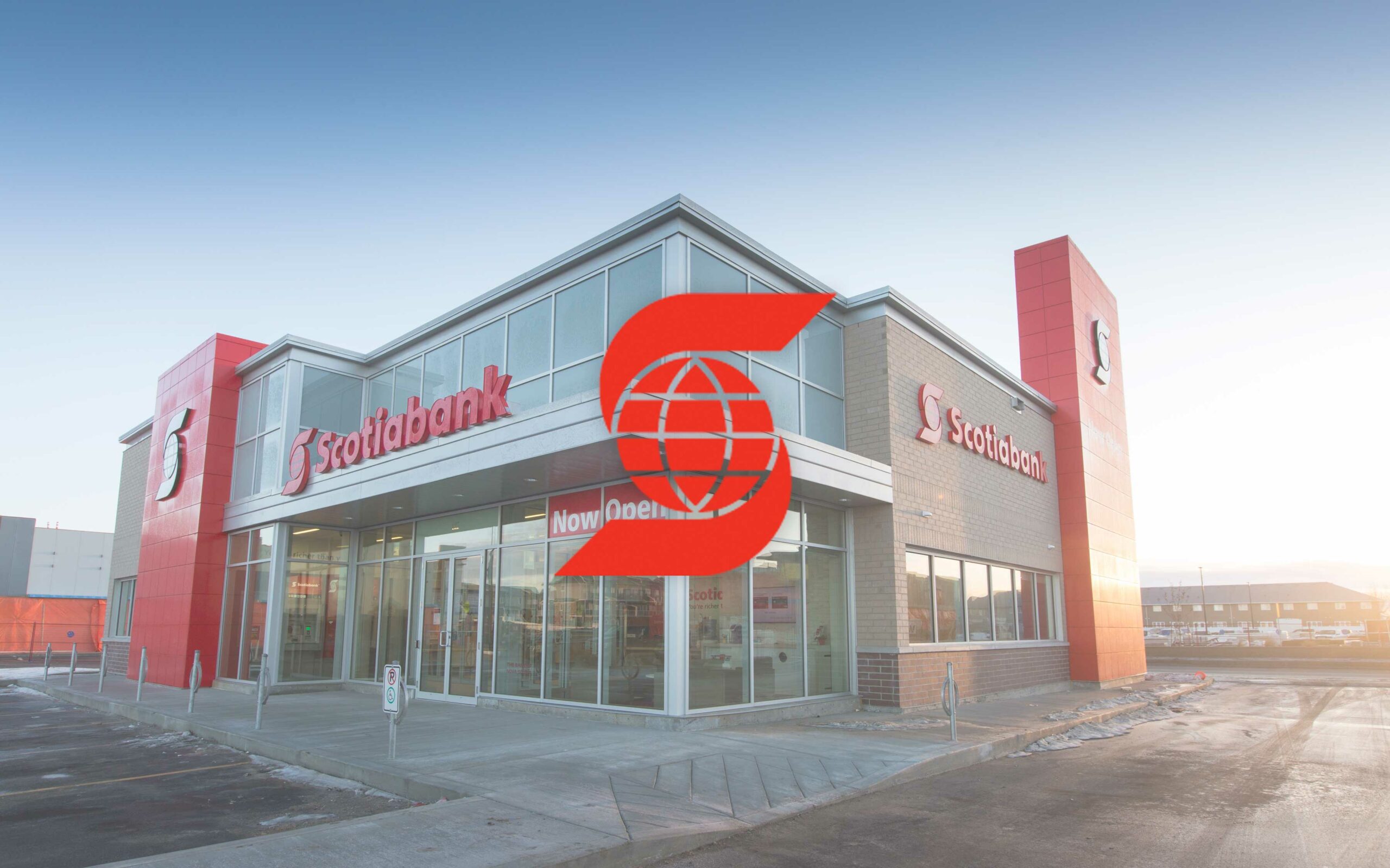 Scotia Bank was established in the year 1832 in Halifax as ‘the Bank of Nova Scotia and later adopted Scotiabank as its worldwide brand name. It has its headquarters now in Toronto, Ontario, and is led by President and CEO Brian J. Porter.

Scotiabank’s former President, CEO, and Chairman Cedric Ritchiewas was the President of Scotiabank from 1974 to 1995. Under his guidance, Scotiabank expanded into more than 40 countries and grew to 33,000 employees. The bank underwent a rebranding in 2019, modifying its wordmark logo. They introduced a new corporate font based on its design.

Scotiabank has billed itself as “Canada’s most international bank” due to its acquisitions primarily in the Caribbean, Latin America, and Europe, and parts of Asia. Scotia bank has more than 89,000 employees and assets of CA$1,136 billion (according to the 2020 annual report).

Without any further delay, let’s look at the marketing strategy of Scotiabank.

Scotiabank has a customer base of both males and females of around 20-45 years & 45-60 years because these are the age groups who will be needing services for their financial work and would want someone to help them take care of their finances, money etc.

They have the target market of middle to upper-class people, who are ambitious and have a  desire to purchase high-end consumer products.

They have positioned themselves by focusing on Mass Marketing and influencing all segments.

The company makes use of traditional marketing channels as well – such as TV, magazine adverts, and out-of-house placements along with digital marketing.

This  Campaign seeks to raise awareness for fair salaries among both women and men, eliminating the gender wage gap.

(As Peru has one of the highest rates of the gender wage gap in Latin America (29.6%), Scotiabank, one of the largest banks in Peru, made a public commitment to change this. With the help of Wunderman Thompson Peru, and on the occasion of International Women’s Day, Scotiabank surprised all its female clients who opened). 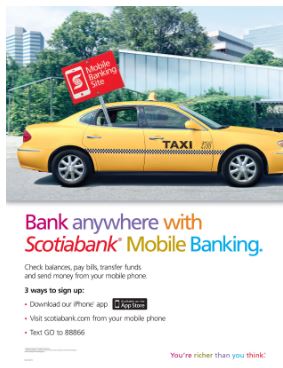 The Campaign was about Mobile banking

Scotiabank’s mobile banking services operate on the same security platform as Scotia Online Banking, allowing customers to do the same banking transactions that they would do on their computers with additional security measures made for mobile phones. It was launched on June 14 in Trinidad, Barbados and Bahamas, June 20 in Jamaica and October 4 in Canada.

To sustain in a digital era, Scotiabank is not backward at all. They are active on all social media platforms. They have a high number of followers on Instagram with a follower base of around 53.6K followers wherein they post content around finance, money, current matters related to finance and matters affecting their country in economic terms.

They are also active on Facebook with 777,655 people following them wherein they post content on Global views, news and facts about Scotiabank. Similarly, they are active on Linkedin and Facebook respectively & have 810,627 followers and 5485 followers respectively.

So, if we analyze then we can say they post informational & educational content on all their social media handles. 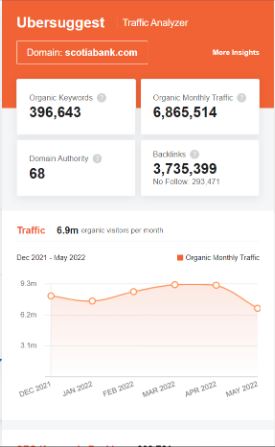 As of www.Scotiabank.com, we can see it has organic keywords of 396,643, which is an amazing & fantastic job done by Scotiabank.

Also, the Organic Traffic to the website is 6865514 or 6 Lac organic traffic which is a good number and Scotiabank is doing an amazing job by having a good foolproof SEO Strategy which is helping them to touch these numbers.

They use Influencers to gain direct, on-ground engagement. Influencers interact with consumers directly, or through their channels of communication as a means of content creation and endorsing the Scotiabank brand and thereby gaining popularity around the world.

The company doesn’t have any online store but they issue ScotiaCard™ cards equipped with Chip technology via which customers can use their Debit card to shop online locally and use it at  Sale machines and ATMs as well.

To learn more about these newly launched cards and payment methods, you can visit this site to gain in-depth knowledge of them.

The company has a Mobile banking facility as well by launching its app for mobile phone users which will not only help mobile users but also desktop users in situations wherein they cannot use their laptop but avail of the facility simultaneously through the mobile app.

Scotiabank is active on all social media platforms plus it has its blog or article page wherein it publishes blogs on Stories, insights, analysis and thought leadership.

If you are interested in reading blogs on financial matters etc, you can refer to their blog section.

Scotiabank is using all the means of digital marketing strategies to market itself, its brand and the company as a whole. Scotiabank is good at almost all kinds of marketing but it would have been great if Scotiabank made use of the E-Commerce strategy properly. It could use an e-commerce strategy to establish its online stores wherein it can try to provide services online that they are giving offline.

If you like such in-depth analysis of companies just like the marketing strategy of Scotiabank check out our IIDE Knowledge portal for more fascinating case studies.