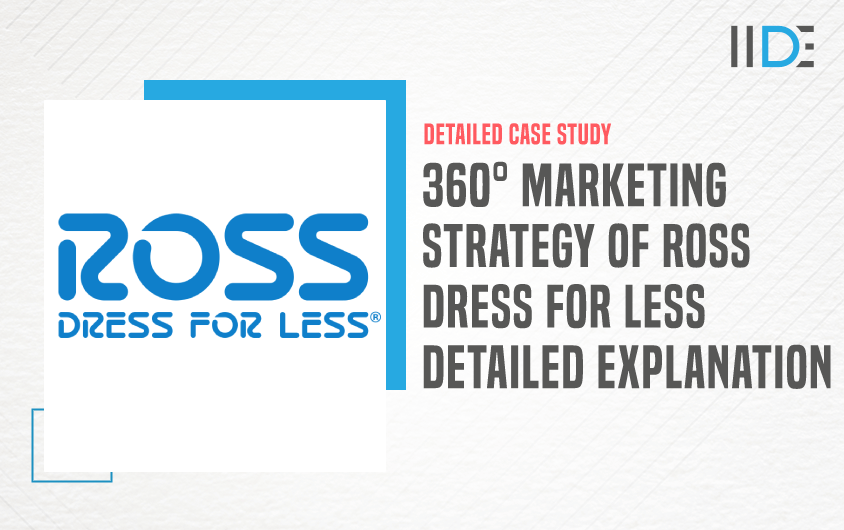 In a previous article, we discussed the SWOT Analysis of Ross stores. In this blog, we are going to elaborate on the marketing strategy of Ross Dress For Less, the US’s leading discount retailer.

The objective is to learn and gain insights into Ross Stores and how it established the first Ross Junior Department Store outlet to become one of the biggest clothing discount department stores in the US.

So, as you can observe, the world is totally online now, and marketing is the rib of every industry. If you are passionate to know more about marketing then do check out our Free Masterclass on Digital Marketing by the CEO and founder of IIDE, Karan Shah.

We will learn the entire marketing strategy of Ross Dress For Less by the end of this blog. Let’s start with the company’s story, target audience, and digital presence before delving further. 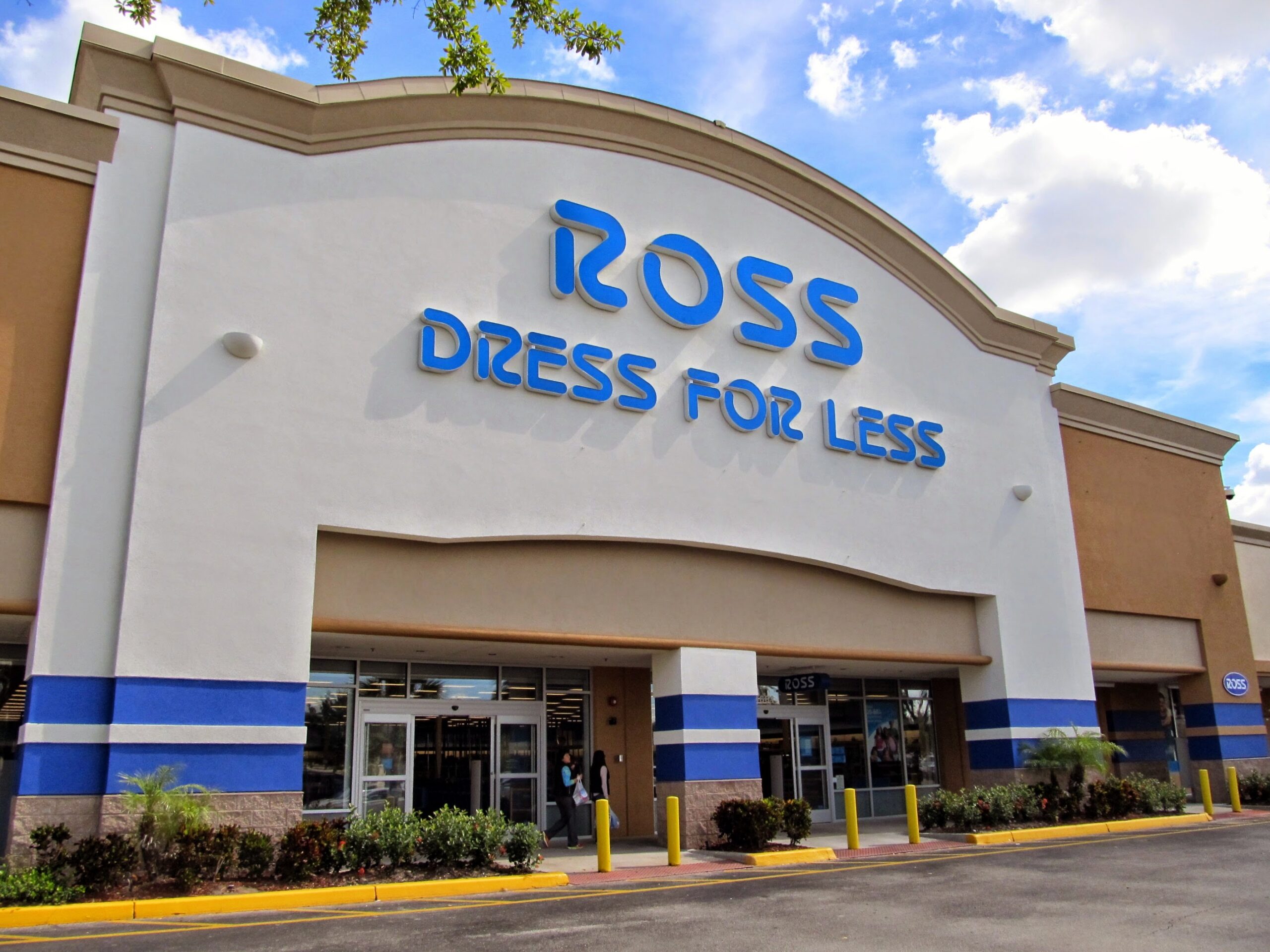 The biggest clothing discount departmental stores – Ross Dress for Less is a chain of American off-price department stores headquartered in Dublin, California. It is the country’s third-largest off-price retail shop. In 1950, Morris “Morrie” Ross established the Ross Department Store in San Bruno, California. Morris would work 85 hours a week for his department store, doing all of the purchasing and bookkeeping.

In 1958, Ross sold his store to William Isackson to start a career as a residential and commercial real estate developer. Isackson expanded the company to six locations in San Bruno, Pacifica, Novato, Vacaville, Redwood City, and Castro Valley, with more on the way.

In 1982, a group of investors led by Mervin Morris, the founder of Mervyn’s department store chain, acquired the six Ross Department Stores in San Francisco, changed the format to off-price retail units, and rapidly expanded the chain to 107 stores under Stuart Moldaw and Don Rowlett within three years.

They sell apparel and household items ranging from garments to houseware accessories. Customers at Ross Stores are extremely trustworthy.

On June 1, 2014, Barbara Rentler replaced CEO Michael Balmuth, becoming the 25th female CEO of a Fortune 500 corporation. Ross moved its headquarters from Pleasanton to Dublin, California, in 2014. As of June 2022, the firm owns and runs in roughly 1,600 locations across the United States.

Gift cards of up to $ 250 are available. Buyers can also design their own gift cards. Whereas it contains everything from flowers to cards to toys. On the one hand, it has a really impressive combination that is set by the manufacturer, and on the other hand, if the individual wants to modify it, they can do so as well.

Let’s dive into the marketing strategy used by Ross Dress For Less, and how it practically applies the strategies formed by them.

Geographically, it segments the urban individual and families in tier-1 or tier-2 cities, however, with such an online presence of the brand, anybody can place an order from anywhere. Demographically and Psychologically, people of all age groups who want a better life than before and people who wish to have stress-relieving, are targeted with an occurring to the income of the individual.

The primary target audience for Ross dress for less is the customers aged teen to old age individuals and families who want a better life.

The company’s market position has been well achieved by adhering to the vision of the Promoters and the Senior management team and their experience of over four decades in the home comfort and better life.

Marketers for Ross Dress For Less extensively use TV marketing to promote throughout changing seasons. 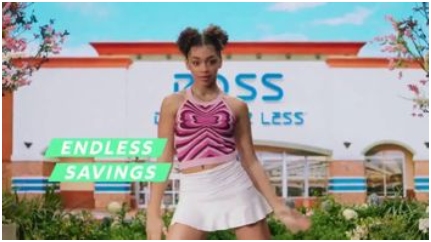 Models dance to Usher’s “Yeah!” while displaying Ross’s clothing. In front of the retailer and parks, they change into different clothes. Ross believes that its consumers can enjoy limitless discounts, style, and potential.

Showcasing different segments of products at Ross’, customers are seen having similar choices as other customers. Ross states 20%- 60% off Department Store Prices every day.

Showcasing a variety of gift options from Ross, people enjoy getting new gifts from their loved ones. Ross indicated their customers don’t have to spend a lot, to give a lot to their loved ones.

As seen in the above table, Ross Dress for Less is mostly followed on Facebook, having a strong customer base on Facebook it promotes a variety of products through social media marketing on Facebook. They also put up promotional posts on Instagram but have almost no existence on Youtube and Twitter. Although social media has become one of the most powerful advertising platforms, Ross continues to market in a conventional manner. 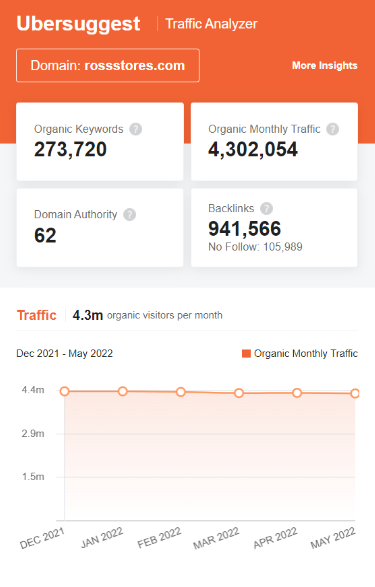 You can watch most of the recent ads on a variety of TV channels. In some cases, they build relationships with fashion and lifestyle bloggers who can have a big influence on their products. Influencers promote the products so that Ross Dress For Less gains popularity and the sales will increase via their fan’s following.

The majority of Ross Dress For Less’ current advertising appears to be on television these days. Most of the latest advertisements are available on several networks. In other circumstances, they develop ties with fashion and lifestyle bloggers who may have a significant impact on their products. Ross Inc. marketers heavily employ TV marketing to advertise throughout the shifting seasons. Ross does not have a strong social media presence, but it has been in so many advertisements that its presence is felt.

Ross Dress For Less is a famous retail seller with an amazing national presence doing tremendously well and people are loving it. With just TV commercials and a good presence on social media sites, Ross Dress For Less is pretty much doing decent in the game. To improve its marketing plan it should be necessary to develop a greater presence on the e-commerce side of the business.

If you like such in-depth analysis of companies just like the marketing strategy of Ross Dress For Less check out our IIDE Knowledge portal for more fascinating case studies.