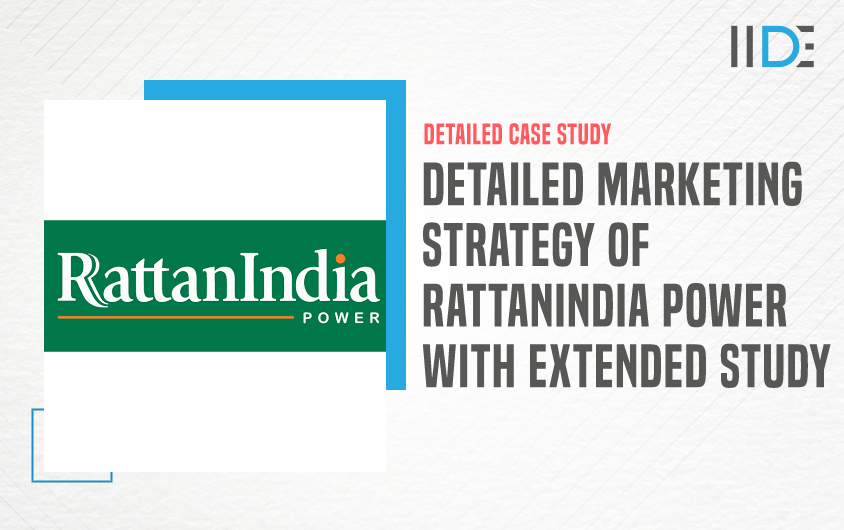 The main objective of this blog is to aware you How RattanIndia Power became India’s best power brand. Today’s company acquires customers – through Digital Marketing.  As the world goes digital, marketing followed them into the digital realm as well

As we all know  today’s digital world, where all the brands, companies, and industries are marketing their products by influencing or taking up any celebrity as their brand ambassador. So if you are interested in updating your marketing skills, we organized IIDE’s Free MasterClass on Digital Marketing 101 by none other than our Founder and CEO, Karan Shah.

The company focuses on constructing, developing, and operating power projects in India and internationally. RattanIndia Power ltd. is located in New Delhi and is a part of the Electric power generation, transmission, and distribution industry.

The company has big investors like Goldman Sachs and VardePartners, the USA in the business. RatanIndia Foundation is a responsible corporate house that has been giving back to society by addressing grassroots social and development issues. RattanIndia Power has Successfully Commissioned the 3rd 270 MW unit of Amravati Thermal.

RattanIndia Enterprise Ltd. made a huge level of market segment all over the market They are aiming for all geographical locations, In fact, in many cases, there isn’t much targeting or segmentation involved because they are attempting to reach all demographics, geographic, and psychographics of consumers. Along with that, they are open to both public and private projects.

The company does not produce anything to be sold, they work in the power generation and construction industries throughout India. So the concept of targeting does not apply to RattanIndia Enterprise Ltd.

RattanIndia maintains its position in high-quality projects. RattanIndiaEnterprisesLtd.made a long-standing promise to create responsible infrastructure. Sustainability is an integral component of their approach to business and work practices

RattanIndia Power does not have a great online presence even though they haven’t conducted any kind of campaign. They don’t conduct any kind of advertisement campaign to promote their Electric power company.

RattanIndia Power can use the same marketing techniques as its competitors are using. The marketing campaign which they can follow from their competitors is advertising on television, launching an advertisement in newspapers, launching a short corporate film, and other marketing ideas.

RattanIndia Power can launch such advertisements and other media campaigns to increase its presence in India and other foreign countries.

This generation is aware of how many “likes”, “follows”’, “comments” and “shares” are essential to promote or expand the business. But RattanIndia is remarkable without any social media platform. 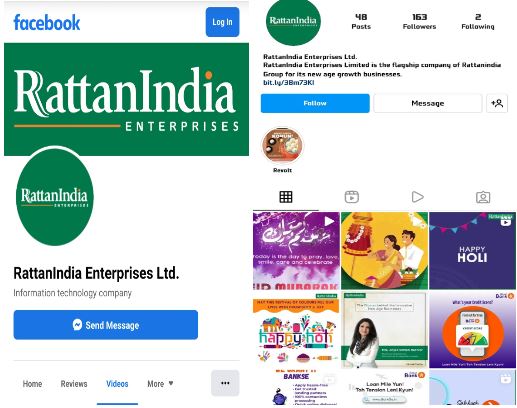 They are not active on other social media platforms like Twitter & Instagram since it is a huge construction company and it directly deals with the government of the country for power projects. 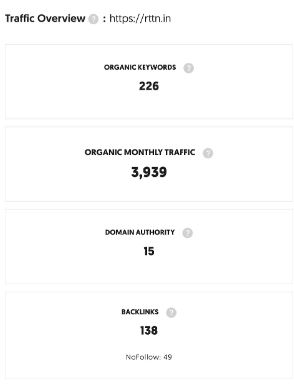 As per SEO ranking, it is said that the Number of keywords As we can see, its website has 226 organic keywords and it’s outstanding. That means the digital marketing of RattanIndia is gaining a good number of insights. RattanIndia’s digital marketing is attracting a large number of visitors. The monthly traffic is in the 3.9k+ range, which is considered exceptional.

RattanIndia is doing its best, But this is not enough if the company has to set a benchmark in front of its competitors or to remain at its peak in this industry i.e. RattanIndia need to work on its SEO strategies so that it can attract a large amount of organic traffic to their site which leads to an increase in their sales which is good for the company

RattanIndia Power really does not have any eCommerce strategy because most of their work is onsite. It would be harder to deliver the same level of service to their customers online than physical.

RattanIndia Power Limited is a company that is engaged in India’s power development. E-commerce doesn’t take up much space in the marketing strategy of RattanIndia Power. RattanIndia Power does not have an E-commerce portal, however, they do have ample information on their website and various offices of their, through which a potential client can reach out to them for any business-related inquiry.

RattanIndia subsidiary company Rattanindia finance has a mobile app which provides services to the client. They do have a website through which their potential clients can contact them. Firstly, RattanIndia finance deals in the financial sector.

RattanIndia Power Limited does not use any content marketing strategies and they are not active in this section of posting different articles on their website. They do say about their achievements on their website and the growth strategy they are going to imply in future.

From the above-gathered information, we can see that RattanIndia Power is not utilizing the power of Digital Marketing in its favour. Considering it a B2B Company, many Strategies become irrelevant to it, but some remain like Content Marketing strategies that need to be followed effectively.

If you like such in-depth analysis of companies just like the marketing strategy of RattanIndia Power check out our IIDE Knowledge portal for more fascinating case studies.