In our previous article, we learned thoroughly about the Marketing Strategy of Union Bank of India, which stands among the well-established public sector banks in the country. In this blog, we’ll be going through the detailed marketing strategy of NBCC (India) Limited, which is a government of India Navratna Enterprise.

The primary objective is to help you gain insights into NBCC, and how it emerged as the undisputed leader in the construction sector of the Indian economy.

Marketing acts as the backbone of the company to promote its product, and services to generate sales or awareness according to the needs of the campaign. In the digital era, everyone is more inclined toward different digital mediums of the same sector. If you don’t want to miss out on being a part of this newly established digital era, then you must check out our Free Masterclass on Digital Marketing and gain a basic insight into the topic from the CEO and Founder of IIDE, Karan Shah.

We will dive deep into the Marketing Strategy of NBCC India. Before that let us gain some insights into the company, its story, target audience, and much more.

Established in 1960 under the ministry of the government of India, with PK Gupta as the current Chairman and MD and Rakesh Gupta acting as the Executive Director. NBCC has its headquarters set up in Delhi and has spread its regional offices across the country, in 1977 it stepped its foot into the overseas countries and has successfully established its setups in further countries as well, such as Iraq, Libya, Turkey, Mauritius, Maldives, Yemen, Oman, UAE, and many others. By entering into a credit scheme with Exim Bank of India under the buyer’s scheme NBCC was able to secure its upper hand in the overseas market.

Since its first launch of IPO in the year 2012, since then the company has been listed in the BSE and NSE, performing to its utmost capability.

On 23rd June 2014, NBCC was bestowed the status of the Navratna Company by the government of India, with a net worth of the company touching the line of INR 10151.37 Cr. in the financial year 2018-19. The various subsidiaries presented under the industry are Hospital services, Consultancy Corporation India Limited, and Hindustan Steelworks Construction Limited.

The primary sectors segmented under NBCC are:

NBCC aims to target the government sector and the public sector of various regions that can finance the company; it has also entered into various MoUs with various associations across the world, to encompass its joint participation in upcoming projects worldwide.

NBCC is aimed to create an image as a top-tier construction business company in India, as a government subsidiary, NBCC is able to set itself across the world and has never looked back since then.

Under the government schemes NBCC promotes various campaigns for the public where they engage themselves among them and also provide certifications, it has released various press releases where we can see the company participating and organizing several campaigns. Let’s have a closer look at some of the campaigns by the company. 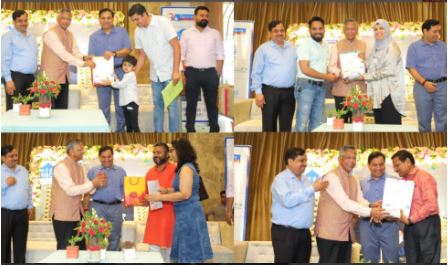 On July 26, 2022, NBCC introduced its mission to bring happiness to the faces of Amrapali home buyers. After a successful accommodation of houses to 171 buyers, it again provided letters to another 117 buyers in Silicon City, Noida. 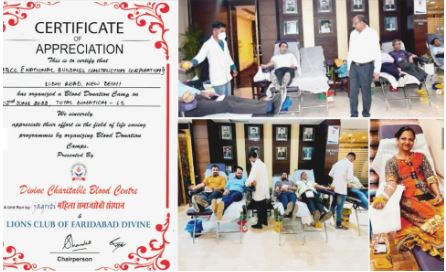 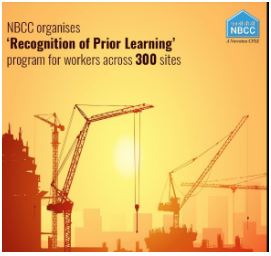 NBCC implements the Recognition of Prior Learning program at various sites to promote the skill India campaign. The programs are being operated at various learning sites across the country.

NBCC has an active account on various social media sites to stay connected with the audiences, let’s look at an overview of where they are the most active:

The content of posts is mainly related to the information about the various policies and schemes by the government, and also about the programs enriched by the company.

As per SEO ranking, we can already see that it has 31,139 organic keywords which according to the data is considered to be excellent.

And as we can see, the website has organic monthly traffic of 97,786, which is also considered good. So we can say that our website is gaining a lot of recognition digitally, and people are visiting the website more often. And, that’s why it is ranking high in the organic search history of Google as well.

While NBCC announced that it does not support any level of influencer marketing, in contrast, we can see its competitor, India Bulls, coming up with various marketing strategies to gain public confidence. Among the strategies, they have also introduced various Influencer Marketing strategies, this also includes appointing the Chairman, Mr Sameer Gehlaut, as their Brand Ambassador, the face can be seen on various campaigns performed by the company.

Influencer marketing can be seen as an adamant idea to increase the company’s reach in the current scenario. There are various well-established companies that are moving towards Influencer Marketing as a way to promote their businesses. It could be a new initiative if NBCC too moves towards that domain. 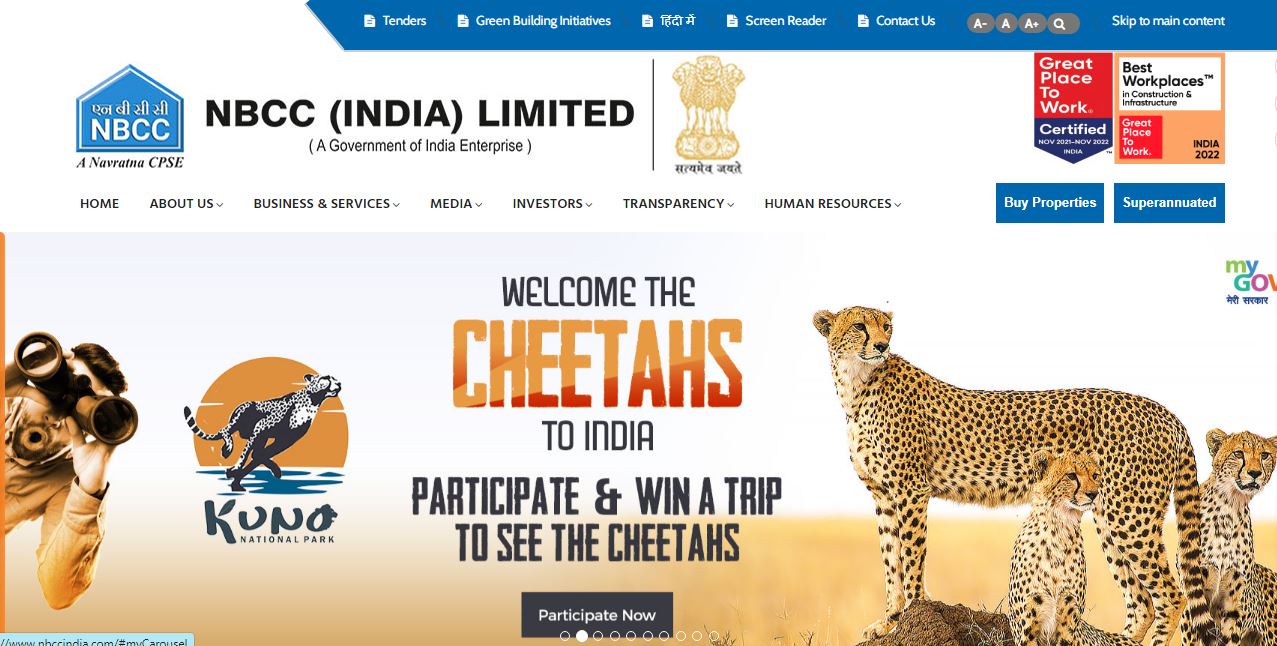 Under its e-commerce promotions strategies, NBCC has set up its listings in shares under the NSE and BSE, it has also listed various properties on its site, where the buyer can buy the desired property according to their needs. The site includes built-up properties for the utilization of government, financial institutions, private developers, and various other real estate businesses. NBCC intends to take charge of the e-commerce section rapidly.

Currently, there is no update for the mobile app from the company.

NBCC shows an active engagement on its own sites as well as other social media sites. It provides various information on its website as well as on its Facebook, Linkedin, and Twitter accounts, including releasing its information through a varied amount of press releases, where it talks about the programs conducted by the institution, its contribution to different sectors, it also releases its growth report in form of the press release. The main focus of the company is the economic development and constructional development of the areas it serves.

Although it does not use many digital marketing strategies, it has an active engagement on its Facebook account with a large number of followers, and by looking at the stats of its SEO strategies, we can see that the company has a high number of organic searches among the audiences, and people are reaching out on its website. Thus, we can say that it has its own ways of performing campaigns by promoting various programs through the involvement of the public in an authentic way.

If you like such in-depth analysis of companies just like the marketing strategy of NBCC check out our IIDE Knowledge portal for more fascinating case studies.