Macrotech Developers is an Indian construction company that employs over 2700 people and is the largest by gross turnover in the Indian region.

Marketing is another criterion that has helped Macrotech Developers become a household identifier. Marketing unfolds as the world goes online, and if you want to stay ahead of the curve, check out our Free MasterClass on Digital Marketing 101 taught by IIDE’s CEO and Founder, Karan Shah. 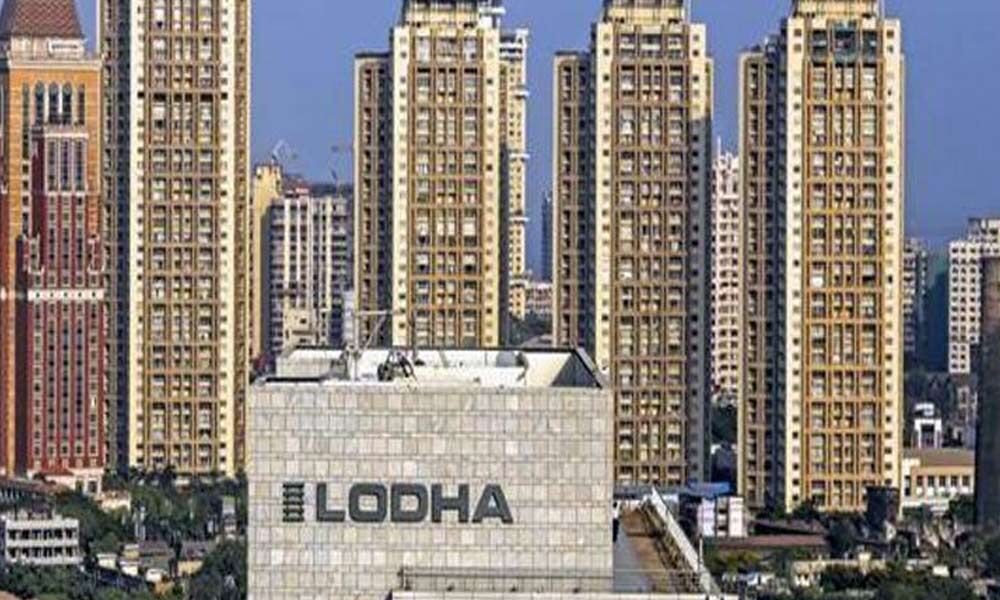 The company, formerly known as Lodha Developers, is a leading Mumbai-based real-estate developer. It is raising Rs 2,500 crore for its IPO. Macrotech Developers Limited, which commenced its operations in 1995 with Mangal Lodha at the helm, is a large realty player focused on constructing residential apartments in the Mumbai Metropolitan Region (MMR).

The company, formerly known as Lodha Developers Limited (until 2019), primarily focuses on the affordable and mid-income housing segment, which accounted for nearly 55 per cent of its sales in FY21. The premium and luxury residences segment is also a crucial segment for the company, accounting for nearly 40 per cent of the sales. Development of commercial real estate, logistics, and industrial parks accounted for the rest.

The company currently has 36 ongoing projects covering around 29 million square feet (MSF) of developable area and 18 planned projects spanning over 45 MSF. The company also has a land bank of 3803 acres in MMR which can potentially develop 322 MSF overall. This is the company’s third attempt to come out with an IPO after two failed attempts in 2010 and 2018. During the financial year 2019-20, it reported a profit of roughly Rs 720 crore on sales of Rs 12,561 crore.

MacroTech Developers are a real estate corporation and have patronage who are looking to buy an aesthetic, luxurious property. MacroTech Developers have segmented themselves in terms of property makers and dealers. Their commitment to their work makes them unique and stand differently in the market. They use premium quality bricks, cement, and iron in their making which makes their products and services luxurious.

MacroTech has positioned itself as the best corporation which provides aesthetic, luxurious, and ready-to-move-in apartments to their patronage. MacroTech developers have a skimming price strategy. 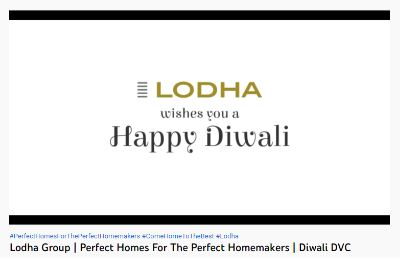 The MacroTech Developers releases its next campaign on the occasion of Diwali where they define the luxury and significance of home and the joy of the Diwali festival in their homes.
Lodha Group | Perfect Homes For The Perfect Homemakers | Diwali DVC 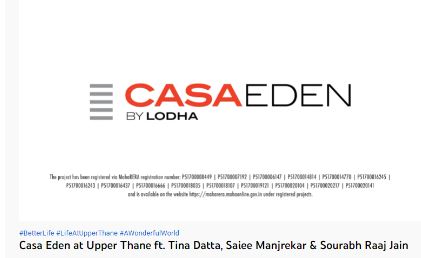 Recently, on May 11, 2022, the company launched its new ad campaign featuring TV Actor Sourabh Raj Jain, Saiee Manjrekar & Tina Dutta. For a beautiful life in a thriving enclave – Casa Eden at Upper Thane. Click on the link above to have a look at the beautiful ad. 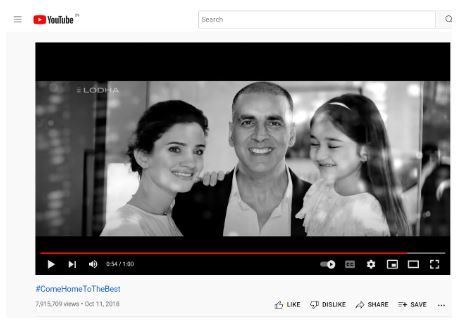 In October 2018, the company released an ad campaign featuring Akshay Kumar where he talks about the features of the company, what they offer and how they offer. This ad is one of the most successful ads in history with 7+million views.
https://youtu.be/KZbOxD-yYfg 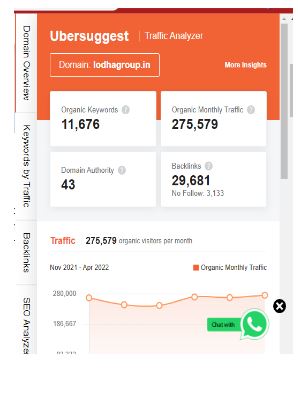 SEO strategies have no other alternative and MacroTech Developers use them to the fuller extent as we have already seen that most of the traffic comes from the searches made online. Macrotech developers drive around 89.9% of organic traffic and the rest comes from paid marketing campaigns. This proves that MacroTech Developers is fueled by a foolproof SEO Strategy along that working hard enough to keep the brand soaring in Google Organic SERP results.

The company does follow the Influencer Marketing Strategy. Still, after analyzing the whole company image and reputation the company does not need to follow the influencer marketing strategy in order to succeed because it is already a successful corporation with its patronage trust, and loyalty. The company already onboarded Twinkle Khanna & Akshay Kumar as their brand ambassador. Influencer marketing becomes redundant for the company.

MacroTech developers have their own website where the patron can check the apartment or house according to their interest. Apart from this, they have also listed themselves on 99acres.com & magicbriks.com. The website serves as a link between the patronage and the company.

MacroTech Developers releases blogs on a weekly-monthly basis on their website.

The blogs are categorized under six categories: Sustainability, Lifestyle, Living, Buying guide, Perspective & Commercial, which describes the luxury of life in the estates built by MacroTech Developers.

The Commercial Blogs describe the innovative workplaces and the more smart workplaces will be the more happy and productive employees will be.

The Lifestyle Blogs describe the beauty of life in the hands of nature and the natural environment which ensures the scope of sustainability and growth physically and mentally.

Macro tech Developers, being a real estate company has an excellent reputation and customer loyalty the company follows the traditional methods but is still effective in creating their brand value methods like advertising on billboards, and newspapers listing on real estate agency platforms helps the company a lot in creating a fruitful image. The company has a domain authority of 43 which makes the website trustworthy and reliable.

If you like such in-depth analysis of companies just like the marketing strategy of Macrotech Developers, check out our IIDE Knowledge portal for more fascinating case studies.