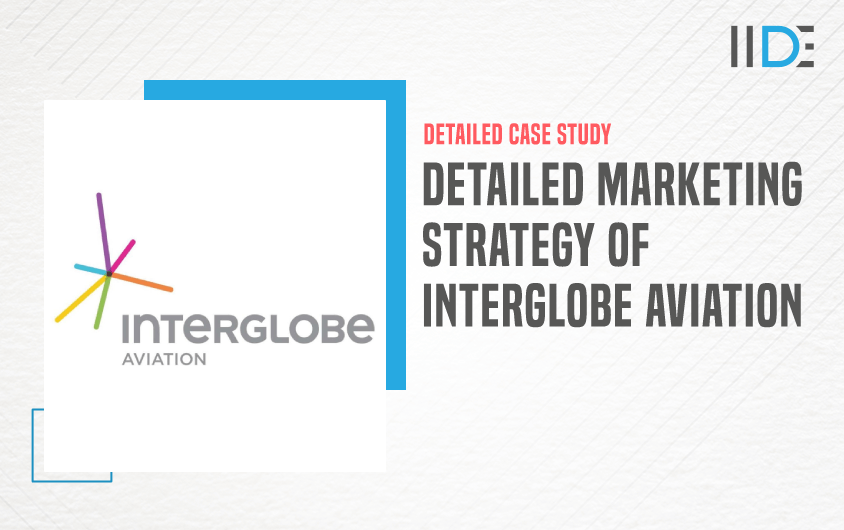 Nowadays Marketing has been an essential component of a business that may make or ruin it. Marketing has migrated to the digital sphere along with users from all over the world. IIDE’s website is a must-visit if you’re interested in modern digital marketing where you can also register for Free MasterClass on Digital Marketing by our CEO and Founder, Karan Shah.

By the end of this blog, we will have learned about InterGlobe Aviation’s full marketing plan. Let’s start with the company’s history, target market, and online presence before diving deeper. 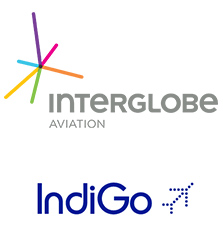 InterGlobe Aviation (IndiGo) is India’s largest passenger airline with a market share of 55.5% as of January 2022. The company operates its flights under the IndiGo brand. In India’s domestic air travel market IndiGo primarily operates as a low-cost carrier.

InterGlobe Aviation is growing with a fleet of 276 aircraft, the company connects people across the globe to a network of over 97 destinations worldwide. A fleet for each type of operation, high operational reliability, and award-winning service make it one of the most reliable airlines in the world. Flying up to 73 destinations in India and 24 Internationally.

InterGlobe Aviation has been bridging gaps between people and markets since 1989. The company’s commitment to this purpose has allowed it to establish a strong foothold in businesses such as civil aviation, hospitality, travel commerce, airline management, aircraft maintenance engineering, advanced pilot training, etc.

InterGlobe Aviation has continued to expand its vision and become India’s leading and one of the most respected conglomerates over the past three decades. Its headquarter is at Gurugram and is driven by a workforce of over 26,000 people spread across 28+ countries and 115+ cities globally, its passion for quality, value, and innovation is set to power it into the future.

Because the potential clients have diverse cultures, preferences, and administrative systems, geographic segmentation is quite effective for Interglobe Aviation Ltd in the Global markets. It focuses on targeting Middle-class people.

Indigo Airlines caters to the middle class. People in the lower middle class hold the misconception that flying costs more than taking the train, and they were dissatisfied with the cost and level of service provided by the existing airlines. However Indigo has succeeded in developing a devoted consumer base throughout the years by forging a solid and trustworthy brand identity.

Because the bulk of its clients come from tier 1 and tier 2 cities, the company concentrates its efforts there. The company mainly targets the age group 18-45, because generally, people of this age have financial constraints, as well as they, are most likely to use their airline services as compared to other age groups.

In terms of brand perception, it has established itself as a carrier that prioritizes value and offers a hassle-free travelling experience.

Indigo airlines have its marketing campaign popularly called “Indigo Abroad: Happy to be your first, The campaign intends to inspire first-time international travellers and experienced travellers to choose places outside of the typical international destinations for their subsequent journey abroad with Indigo by introducing Indian travellers to new and unknown 6E destinations.

Starting on November 3 and continuing through November 17, the advertisement will appear in print, out-of-home, and on IndiGo’s social media channels. The Passengers depict their first international trip experiences and feelings in the creatives, demonstrating how IndiGo has been their partner by making foreign travel accessible and inexpensive. 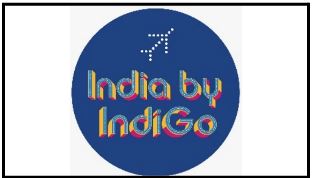 Another similar campaign held by Indigo is “India by IndiGo” from October 21 to October 27.

In order to commemorate the rich diversity of Indian culture, indiGo launched the “India by IndiGo” campaign, which will feature events throughout the next months. The programme, which got underway with the vibrant Durga Puja holiday, will keep energizing and cheering up its clients through the upcoming celebrations of Diwali and Christmas in November and December, respectively. At six of its stations, including Kolkata, Silchar, Guwahati, Bagdogra, Agartala, and Jorhat, IndiGo celebrated Durga Puja. 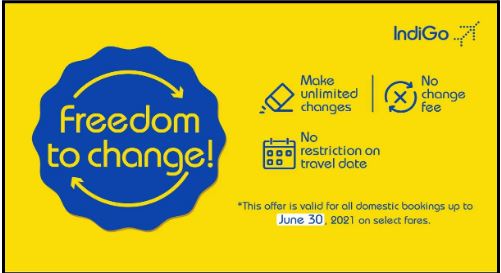 Another marketing campaign run by indigo is ‘Freedom To Change Offer’, This campaign was carried out by the company between April 17 – June 30, 2021. Under this, The airline is letting its customers modify the Date, Flight, and Time under the Freedom To Change Offers without incurring any change fees. The promotion is valid for all brand-new reservations booked up until June 30, 2021, on the standard rate; however, the “cancellation fee” will be charged at the existing rates if the consumer cancels the reservation or changes the sector. Only domestic flights serviced by IndiGo are eligible for the promotion. For the avoidance of doubt, the Offer is not valid for foreign reservations made on IndiGo flights.

Additionally, the traffic is incredible at roughly 290K+ each month. Indigo is therefore doing admirably with its SEO techniques and exerting enough effort to keep the brand soar in the Google organic SERP rankings.

Since the beginning, Indigo has worked with numerous YouTubers, bloggers, actors and other influencers for marketing purposes, but during the pandemic, influencer marketing became a crucial tool for them to convince people by providing a glimpse through the eyes of another person rather than just telling them about it. For instance, they required some of our influencers to demonstrate the complete flight experience after the covid. In order to photograph the cleaning and demonstrate the extent of sanitization the aircraft undergoes before every trip, they also forced them to pre-board the aircraft.

When discussing e-commerce techniques, Indigo has a website from which it sells its items along with promotional offers. Along with that, it has adopted its presence on other e-commerce websites like “make my trip,” “goibibo,” “Flipkart flights,” etc. 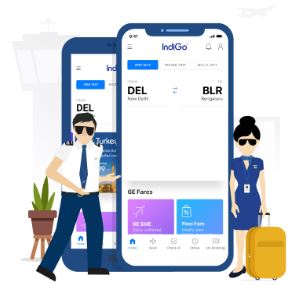 Indigo also has its own mobile app which one can download from the play store for free. The mobile application has an interface similar to that of the website. Under the mobile application, you can book your flight, cancel it, check your refund status and you can generate your boarding pass within the application.

On social media, Indigo is highly active. The information in the post relates to their newest flights and offers as well as awareness campaigns, etc. Only Facebook or Instagram may be used to publish material. Additionally, they distribute press releases regarding their services via a number of publications, including The Hindu, The New Indian Express, etc.

We saw through InterGlobe Aviation’s marketing approach that the company is receiving love and support from all across the world. Among millennials, both local and international flights are becoming more popular. Their ability to deliver aviation services at the lowest cost in the entire world has made them stand out from the competitors. Despite shortcomings in its digital marketing strategies, InterGlobe Aviation is still working to advance and expand in the online world.

If you like such in-depth analysis of companies just like the marketing strategy of InterGlobe Aviation check out our IIDE Knowledge portal for more fascinating case studies.