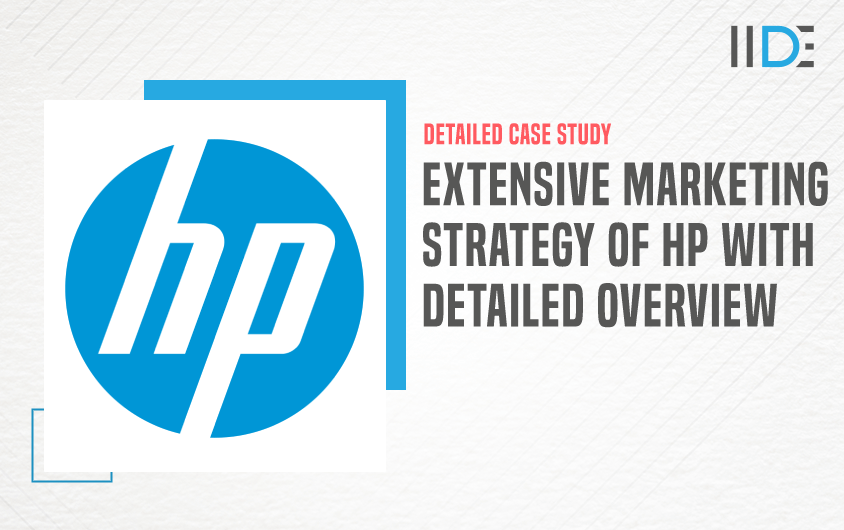 In the previous article, we learned about the detailed SWOT Analysis of Adobe, an American multinational computer software industry. In this article, we are going to elaborate on the extensive marketing strategy of HP, a provider of domain-intensive services.

The objective is to give you insights into HP and how it became the world’s leading manufacturer of software and computer services.

Marketing has become one of those elements without which it becomes difficult for a company to exist. As users across the world go digital, marketing has followed them to the digital world as well. If you are interested in new-age digital marketing, then you should definitely check out IIDE’s Free MasterClass on Digital Marketing 101 by our CEO and Founder, Karan Shah.

We will fully cover our marketing strategy for HP in this blog. Before taking a deep dive, let us start by learning the company’s story, target audience, and digital presence. 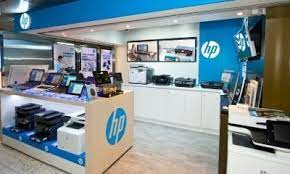 The Hewlett Packard Enterprise Company is an American multinational information technology company based in Spring, Texas, United States. HPE was founded on November 1, 2015, in Palo Alto, California, as part of the splitting of the Hewlett-Packard company into two companies: HP Inc. and HP Enterprise.

HPE  is the global edge-to-cloud company built to transform business. By helping you connect, protect, analyze, and act on all of your data and applications wherever they live, from edge to cloud. so,  you’ll turn insights into outcomes at the speed required to thrive in today’s complex world.

Since HPE was formed, it has consistently grown in terms of both revenue and profit margin and has been buying businesses and launching new products and services to keep up with competitors. It hasn’t become bloated, though, and over the past five years has spun off various business units, most notably its software and enterprise service divisions.

Segmentation, targeting, and positioning have become one of the most common marketing practices nowadays. Commercial effectiveness, selection of the most valuable segment for a business, and development of marketing mix and product positioning strategy have become essential factors for a business. One may take the help of the STP model in creating marketing plans, identifying the target markets, and essential differentiation factors.

HP to know exactly who its customers are. It’s people between the ages of 14 and 54 who have a middle to upper-middle income and shop at a variety of retailers, both online and in-store, from department and speciality stores to mass merchants. You can see how specific the target audience is. You can literally imagine it right now.

HP divides its clients into segments based on the target mentioned above. Therefore they segment by age, gender, income, and consciousness.

The video got phenomenal results, which immediately garnered 25 million engagements. Within 24 hours of releasing the music video, HP reached 78% of its target viewers—teenagers in the age range of 13-34. It also grew its Youtube channel visitors by 600% and increased its subscribers by 48%!

HP rolled out a series of five films, underlining the role of new technology, each talking about the different ranges of HP laptops.

The campaign showcases key product USPs such as the well-design of products. The ad film highlights the fall side of slow internet. You can check out all the ad videos – here. 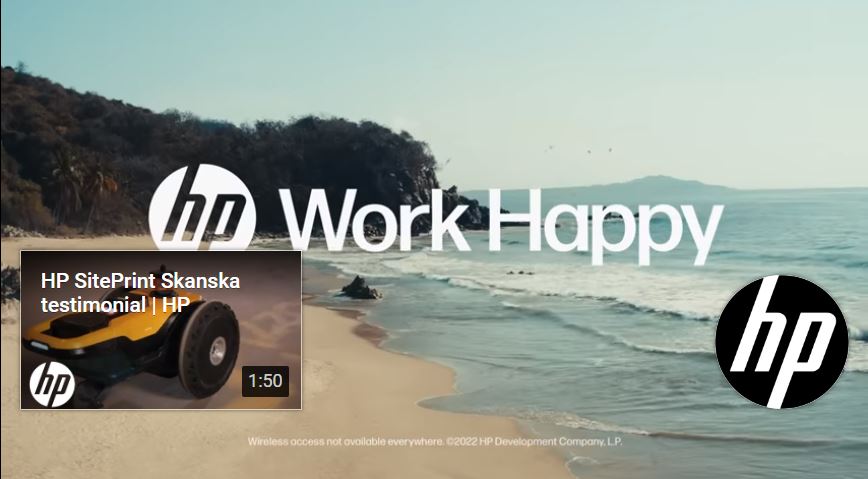 In the video, a gentleman talks about how new rules are changing in the current world. Success has certain rules, or at least it used to. With HP’s Hybrid tools, one can work anytime from anywhere. The future of work looks a whole lot brighter. Work Happy.

From the studies conducted, it has been concluded that more than 80% of consumers make a purchase through social media. The power of social media is so unpredictable, especially in terms of three core areas: connection, interaction, and consumer data. Social Media has made it easier for businesses to analyze consumer behaviour and influence them behind the purchases

Seeing the audience that uses Instagram and Facebook, HP has worked more on these social media as it fits perfectly with its target audience. HP is also active on Linkedin with 5.1M followers. Most of the posts are promotional and informational in nature. It shares tips, guidance, and knowledge and talks more about today’s technology. 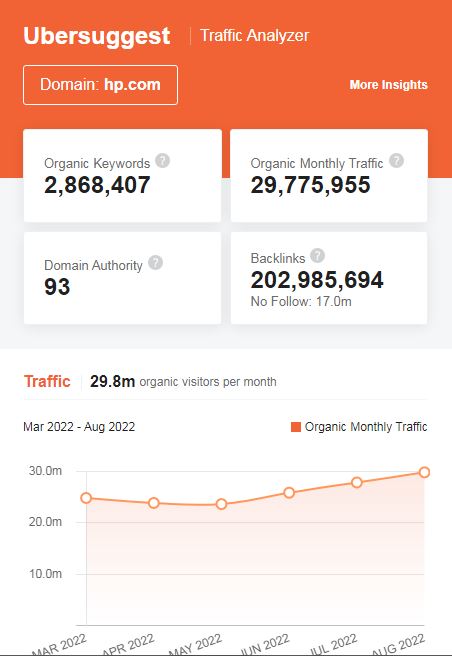 SEO helps to organize a website’s content by topic to improve the likelihood to appear in the search results. SEO also helps to stay on track while creating content.

Search Engine Optimization (SEO) strategies have a great impact on customers landing on a company’s website. Thus, helping the company to gain more customers, retain existing ones, and gain market share. As it is evident from the image, the company gets around 2.8M customers from organic search which implies that the company uses an excellent number of keywords.

It can also be observed with the help of a graph that the volume of visitors is booming from March 2022 to August 2022 which is reflecting a good outlook for the company.

HP created a series of videos called Meet the Intern which had ESPN sportscaster, Charissa Thompson, assuming the role of a new intern at various companies and being tasked with various jobs – such as running an open house for a realtor. The idea being Thompson would use HP products and solutions to complete the tasks in innovative ways.

HP appoints influencers who align with its target demographic. HP has also tied up with various TikTok influencers in recent days to promote its products among GenZs. 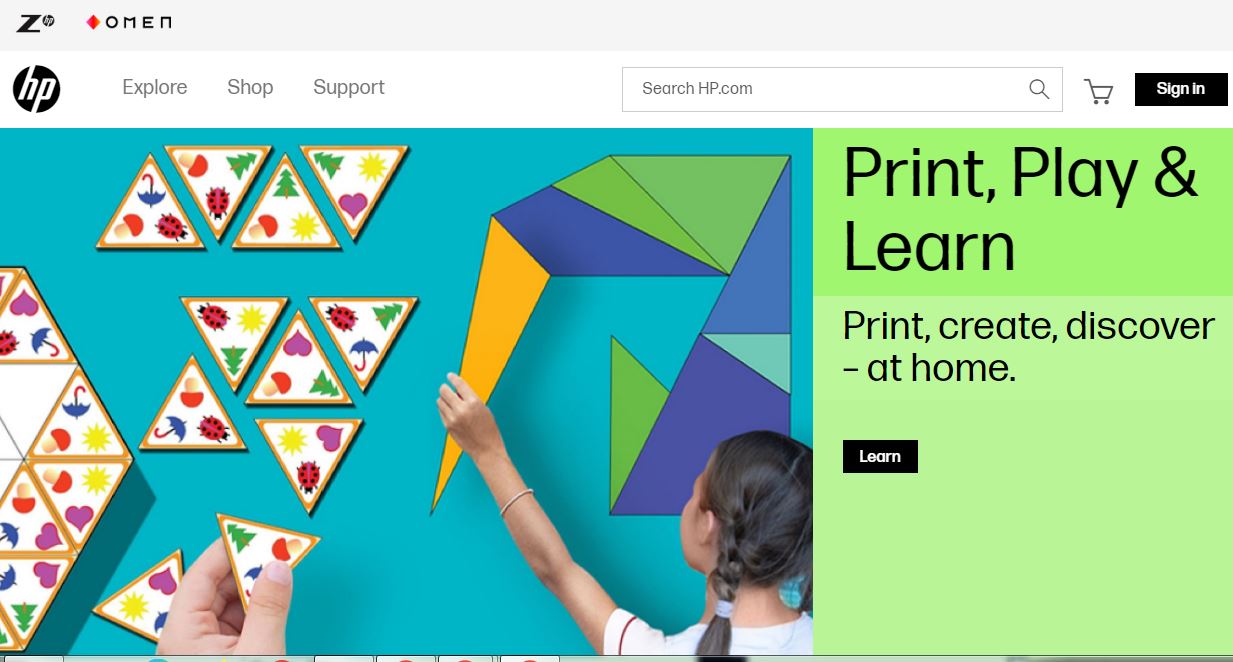 HP has a very informational-oriented website, where you can grab a plethora of knowledge about today’s technology. They don’t sell their products on their website, but you can find information about their products including specifications, prices etc.

HP officially has up to 5 to 6 applications on both platforms i.e Android and iOS. The major applications with the highest downloads and star ratings are HP Smart and HP Print Service Plugin. HP Smart helps to Print, scan, and share files from PC to HP Printer. HP Smart makes it easy to get started and keeps you going with features like Print Anywhere or Mobile Fax!

HP has been active on social media, especially on Facebook and Instagram. The content is based on information on its new product arrivals, marketing campaign, etc. Their press release is based on safety advisory, financials, changes in company structure, etc. Mostly the press release is targeted toward investors.

Increasing the market share is important for both the financial health and the continued success of the company. Understanding the right set of audiences and the means to attract them can give a chance to the company to capture a wider market share. The desired set of keywords and constant efforts of the company over its website helped it to rank at the top amongst the organic searches and capture a wider set of audiences daily.

If you like such in-depth analysis of companies just like the marketing strategy of HP check out our IIDE Knowledge portal for more fascinating case studies.