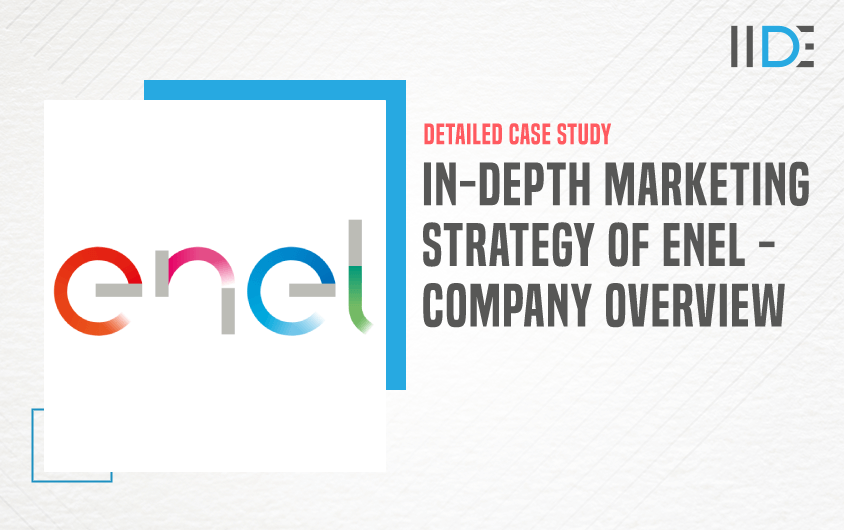 Previously, we discovered the SWOT analysis of Enel. In this blog, we’ll walk through the Marketing Strategy of Enel, and how it grew to become the world’s second-largest power company.

We’ll go over Enel’s marketing strategy in detail in this blog. The goal is to learn and understand how it grew to become the world’s second-largest power company.

Marketing is an integral aspect of a company that may make or break its success. As users all around the world shift to the digital sphere, marketing has fallen in line. If you’re interested in modern digital marketing, IIDE’s Free MasterClass on Digital Marketing 101, taught by our CEO and Founder, Karan Shah, is a must-attend.

By the end of this blog, we will have learned the marketing strategy of Enel. Let’s start with the company’s story, target audience, and digital presence before we start looking too deep into it. 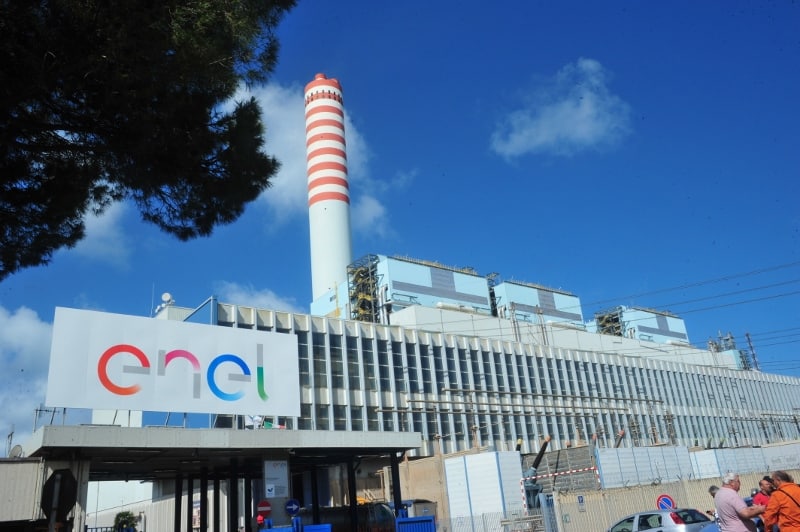 Enel is an Italian multinational integrated natural gas and electricity company headquartered in Rome, Italy. The foundation of the company was laid back in 1962 when the government of Italy decided to establish a national electricity board so that the country didn’t have to depend upon the electricity produced by other neighbouring regional private companies such as France and the United Kingdom who were continuously exploiting the hydrogeological resources of the territory before 1962.

The aim of making electricity a means for the development of the country made Enel achieve the position of being the second-largest power company in the world by revenue in 2018. Gas and electricity will play an important part in our lives for several decades as the technologies are not much developed as of now. As a major player in the energy industry, Enel is aware of all the environmental risks of its operations. Their motive is to avoid or minimise these risks.

Let us learn about Enel’s marketing strategy and how it carries out marketing campaigns, among other things.

Segmentation
Enel uses the broadest available segmentation of the target market. They are aiming for all geographical locations, whether they are Tier 1, 2, or 3 cities. In fact, in many cases, there isn’t much targeting or segmentation involved because they are attempting to reach all demographics, geographics, and psychographics of consumers. Along with that, they are open to both public and private projects.

Targeting
The company does not produce anything to be sold, they work in Electricity generation and distribution industries throughout the world. So the concept of targeting does not apply to Enel.

Positioning
Enel maintains its position in high-quality projects. Enel has a long-standing commitment to creating responsible infrastructure. Sustainability is an integral component of their approach to business and work practices.

Enel was an official power partner for the Marrakesh eRace, purchasing a variety of equipment, including solar batteries and stations,  Enel also takes part in global summits such as the “Innovation Roundtable Summit 2016,” which involves discussions about various global issues pertaining to this industry such as innovation, sustainability, environmental protection, and so on.

The Enel Group’s new company was unveiled today in a digital event. Gridspertise is a new subsidiary dedicated entirely to assisting DSOs in delivering a new era of sustainable and dependable smart grids for all.

“We are proud to launch Grid Expertise, entrusting it with our strong legacy of transforming distribution networks around the world into smart grids,” Enel CEO and General Manager Francesco Starace said. “The energy transition must rely on renewable electricity distributed efficiently by smart grids, which must be accessible to all energy players willing to contribute to a fully electric future.” Reliable and flexible smart grids are the primary enabler and contributor to decarbonization and deep electrification goals, paving the way to our net-zero goals.”

“The new venture brings together Enel’s unique expertise in gradually digitalizing its global grids, which consist of more than 2.2 million kilometres of power lines monitored by hundreds of thousands of remote-control points.”

Enel’s twenty-year experience in the smart metre field through massive roll-out projects for a total of more than 44 million active devices connected to its grids, as well as efficient digital management of more than 30 million field operations, executed every year in 13 distribution companies across eight countries, ensure that all solutions Gridspertise will offer are reliable and field-tested at scale,” said Antonio Cammisecra, Head of Enel Global Infrastructure.

Enel joins the Equal by 30 Campaign, confirming its commitments to gender equality

19 February 2021, Rome – The Enel Group has joined the Equal by 30 Campaign, a public pledge made by public and private sector organisations to work toward equal pay, equal leadership, and equal opportunities for women in the clean energy sector by 2030.

Enel is working to create a culture that supports people in expressing their potential by allowing everyone to bring their experience to the table regardless of gender, age, disability, or other diversity-related factors, with diversity and inclusion as two keystone elements of the Open Power approach.

“By joining the Equal by 30 Campaign, we are emphasizing the importance of enhancing women’s potential in the workplace as a driver of innovation and long-term value, which ultimately leads to a better future.” At Enel, we are committed to creating the best environment for women to express their talents at all levels and throughout the entire energy value chain,” said Maria Luisa Marino, Enel Group’s Head of People Care and Diversity Management. 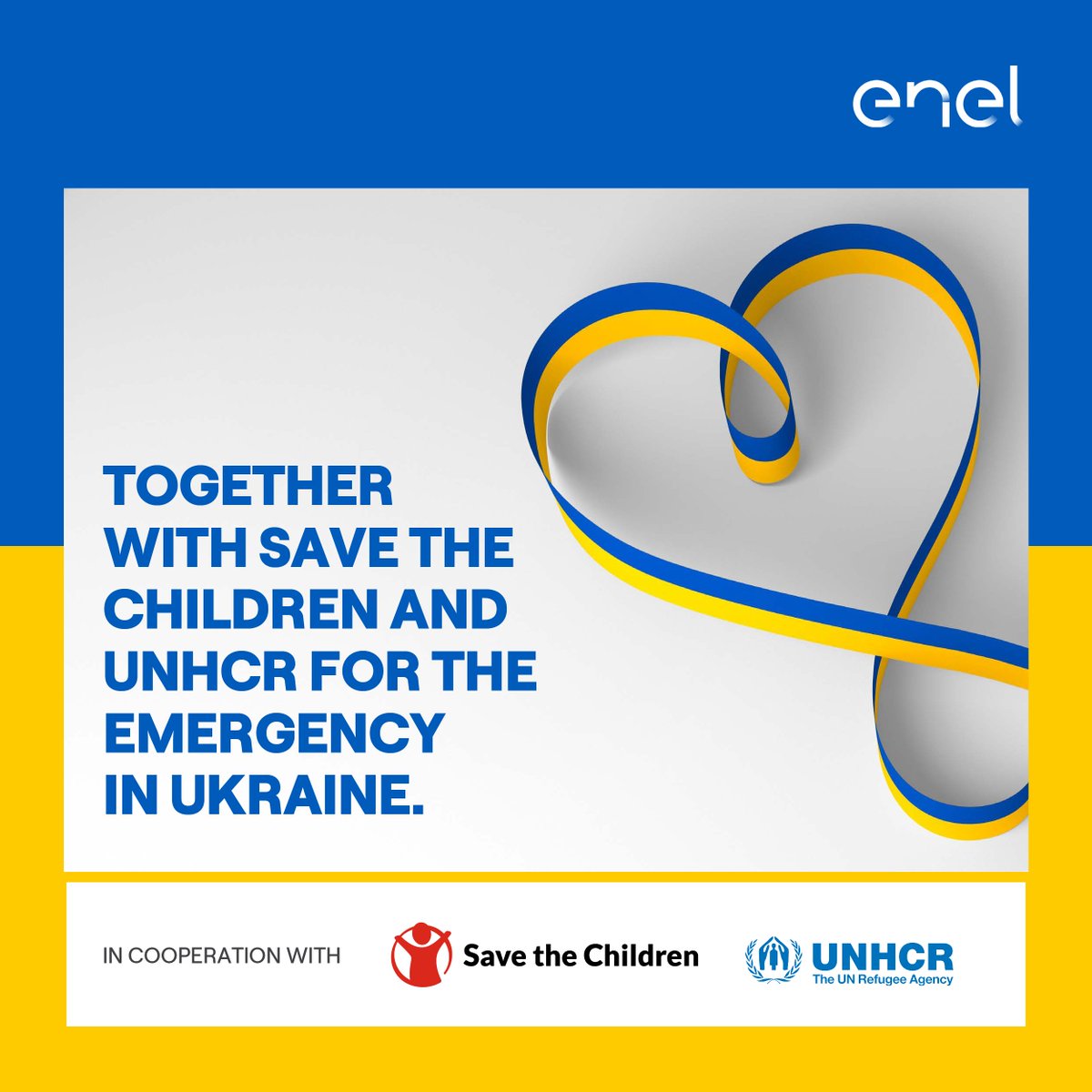 On May 2nd, 2022, Rome – Enel’s campaign in support of UNHCR (the UN Refugee Agency) and Save the Children, aimed at Group employees, has recently concluded. The two organizations raised a total of one million euros through the initiative, which included voluntary Enel staff donations as well as a contribution from Enel Cuore.

The initiative will support activities aimed at dealing with Ukraine’s humanitarian crisis and will assist civilian populations affected, both in Ukraine and in the countries where the two organizations operate, in response to the needs of refugees and displaced persons.

Though Enel is on various social media platforms it has maximum followers on Linkedin and then Facebook. It has 21.9k followers on Instagram and 4.2k subscribers on youtube and 577 followers on Twitter. Posts are mostly informative and development based.

According to SEO rankings, the number of keywords – below 500 is bad, above 1000 is good, and 10,000+ is amazing. As we can see, https://www.enel.com/ has 39,877 organic keywords, which is considered good. That means Enel’s digital marketing is gaining a lot of knowledge.

Furthermore, the monthly traffic is approximately 3,01,945 which is incredible.

If you wish to learn and master the art of SEO, IIDE is here to help you out. With IIDE’s Online SEO Course or IIDE’s Online Digital Marketing Course, you can become an SEO expert and implement it for your brands or help other brands stand out.

Enel has supported the Giro Under 23 since its relaunch in 2017 as part of a longstanding partnership. with high-level Italian competitive cycling that includes sponsorship of the Giro d’Italia Maglia Rosa (Pink Jersey) and classics such as the Milano-Sanremo and the Giro di Lombardia (Lombardy Tour), which concludes the season in October.

In Ecommerce strategies, the brand Enel has an online platform for customers to see, know, and buy from. They have their own website Website link: https://www.enel.com   and they are also active on social media.

The Enel Energia App is getting better by the day; download it for free. Personal information, financial information, and two others Image of an icon In transit, data is encrypted. 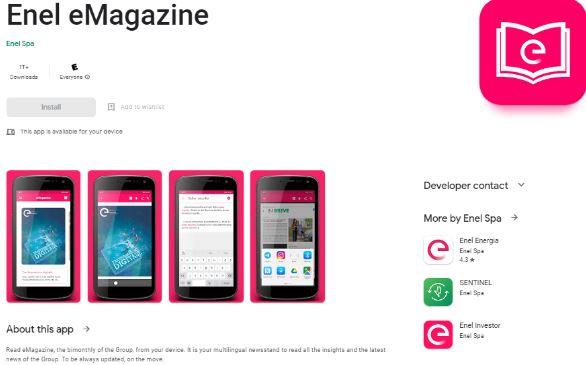 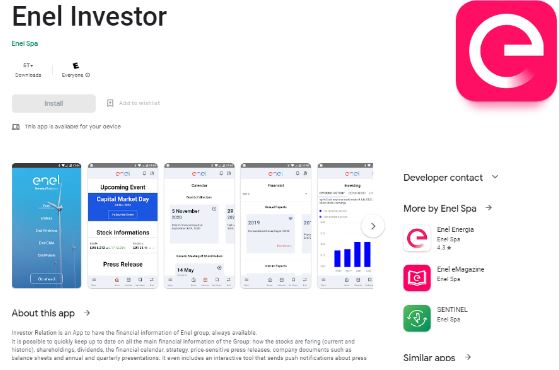 Enel is well-known on social media. Posts and videos on various social media platforms are informative and creative, and there are press releases about their services.

The company is actively posting on social media and its content revolves around its mission statement of providing zero-carbon electricity. It also focuses a lot on content marketing by various means.

We saw in Enel’s marketing strategy that Enel is growing and gaining love and support from all over the world. Enel’s popularity and strategies will aid in its rapid growth.

As we all know, pandemics have impacted every business, causing a significant shift in digital marketing. According to digital marketing statistics, approximately 60% of the world’s population uses the internet. It increased by 20% in the last two years as a result of the pandemic, with many businesses going online.

If you like such in-depth analysis of companies just like the marketing strategy of Enel check out our IIDE Knowledge portal for more fascinating case studies.