Therefore, as you can see, the world is fully online now, owing to the outbreak of the coronavirus in 2019, and marketing has become the rib of every industry. If you are interested and want to know more about marketing then do check out our Free Masterclass on Digital Marketing by the CEO and founder of IIDE, Karan Shah. 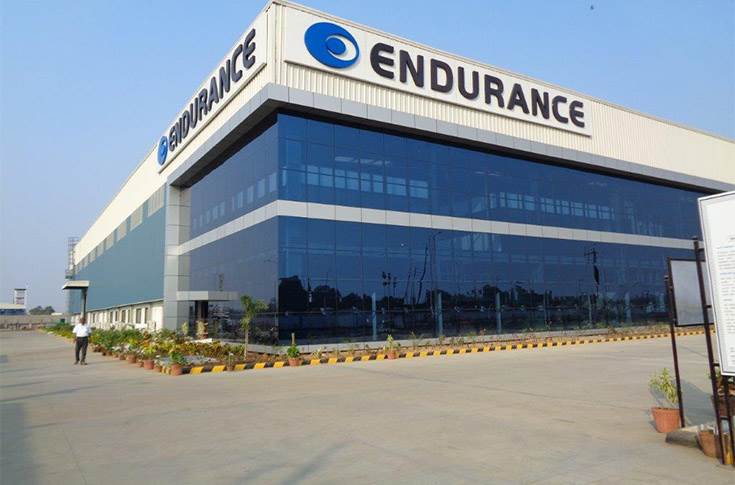 Endurance Technologies is a fast-rising Indian brand that preoccupies itself with designing, developing, manufacturing, and exportation of auto parts around the world.

The company which started with two aluminium die-casting machines in 1985 has since grown and now has 27 different manufacturing facilities which are strategically located near our Original Equipment Manufacturers (OEMs).

The vision of endurance technologies is to be recognized consistently as a first choice supplier of automobile products to all customers, by fostering innovation and delivering excellence by placing focus on quality, cost, development, delivery, and management.

The philosophy of endurance technologies is to be a first choice supplier to all OEMs as well as to ensure profitable growth. Its purpose is to ensure that value is created continuously for all stakeholders, including customers, employees, investors, vendors, as well as business partners.

Endurance Technologies provides casting, suspension, transmission, and braking products for the automobile industry all around the world. Though the company operates 25 plants, 18 of these plants are in India and the company has its units located strategically in the major automotive manufacturing belts of India. The company manufactures its products in 3 countries from 27 plants while they export to more than 28 countries around the world.

Endurance Technologies has become a dominant player and force to contend with in virtually all the segments it operates.

Endurance Technologies has taken it as a mission to achieve and maintain leadership with a focus on technology and product. The company, Endurance Technologies, has risen to become a global marketer since 1990, and now deals in these businesses:

The segmentation pattern of the brand is such that they have divided their target audience according to the needs of the two-wheeler as well as the three-wheeler audience. The market segmentation of Endurance Technologies is therefore designed to identify the most profitable segments of the market for the brand. Endurance Technologies has thus segmented its target audience into business-to-business (B2B)

The target audience of this brand as of 1990 when they just began was companies and industries that made two-wheel motorcycles. Then, due to certain challenges and the gulf war, Bajaj was their only client and they were able to carry out the tasks for this single client since they could not get any other client.

Due to the nature of its targeting, as the company grew, it placed its focus on the suspension system, braking system, aluminium system, and die-casting. To get directly to their target audience, they have their plants strategically built around these companies.

Endurance Technologies during a campaign made it clear that they are quite interested in the financial services sector, as well as the export sector.

Endurance Technologies has been very smart and strategic in positioning their plants very close to the plants and assembly of their target audience so it’s easier to reach them rather than their competition.

Endurance Technologies do not have a great online presence even though they haven’t conducted any kind of campaigns. They don’t conduct any kind of advertisement campaign to promote their Automobile company.

Endurance Technologies can use the same marketing techniques as its competitors are using. The marketing campaign which they can follow from their competitors is advertising on television, launching an advertisement in newspapers, launching a short corporate film, and other marketing ideas.

Endurance Technologies can launch such advertisements and other media campaigns to increase its presence in India and other foreign countries.

Some of the most prominent social media platforms we have today are Facebook, Instagram, Twitter, LinkedIn, WhatsApp, YouTube, Pinterest, and Snapchat. However, according to the rules of marketing, it is very rare to meet your target audience on every one of these platforms and so the need to target your audience according to their most preferred channel becomes quite paramount.

Endurance Technologies is not very active on social media. They only have a YouTube channel with 226 subscribers and 16 videos, the latest of which happens to be uploaded a year ago. It is safe to say that the brand has not been able to harness the goldmine of the internet and social media in these digital times.

The uploaded videos contain mainly their charity and transformational work across various villages as well as messages from various beneficiaries of their programs.

They also have a LinkedIn account that has about 24,000+ followers. Though the brand has this many followers, they have no posts whatsoever. 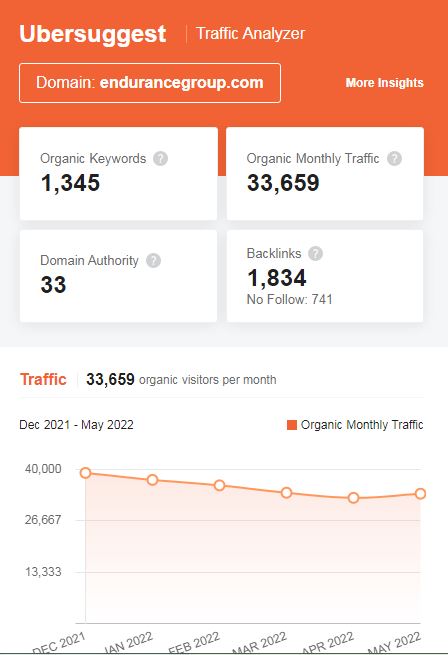 As regards SEO ranking, it is often said that relating to the number of keywords – below 500 is bad, above 1000 is good, and 10,000+ is amazing. It is therefore quite alright to conclude that the Endurance Technologies company is doing well with its SEO ranking. They have an organic traffic keywords base of 1.3k+. This simply means that the SEO strategies of Endurance Technologies are gaining height, especially on search engines.

The traffic Endurance Technologies gets per mon is around 33k+ which is known in SEO to be awesome.

Through the influence of these news agencies on their large following, several followers would check out Endurance Technologies, thereby increasing their following and sales.

In talking about the e-commerce strategies, Endurance Technologies has its website from where they sell its products with special offers. On the website, it is possible to get access to the product catalogue as well as enquire about the product via email.

Although Endurance Technologies is not very active on social media platforms, they have quite a base on Facebook where they upload videos showing not only their input into the villages and other charitable donations but they also give a detailed fundamental analysis of the company.

They also release videos explaining their next target, technical analysis, and oftentimes their share analysis.

Endurance Technologies is now a very popular aluminium die-casting company, as well as a holding company for many businesses providing various braking systems and transmission products.

Through studying the marketing strategies of this brand, it has been observed that Endurance Technologies is digitally oriented. The company is also good with marketing enough to attract more customers. The company focuses on enlarging its market size, and through this, it could become one of the top market leaders in years to come.

Endurance Technologies as a company has outrageously outperformed its competitors with its remarkable marketing effort, especially in branding.

If you like such in-depth analysis of companies just like the marketing strategy of Endurance Technologies, check out our IIDE Knowledge portal for more fascinating case studies.