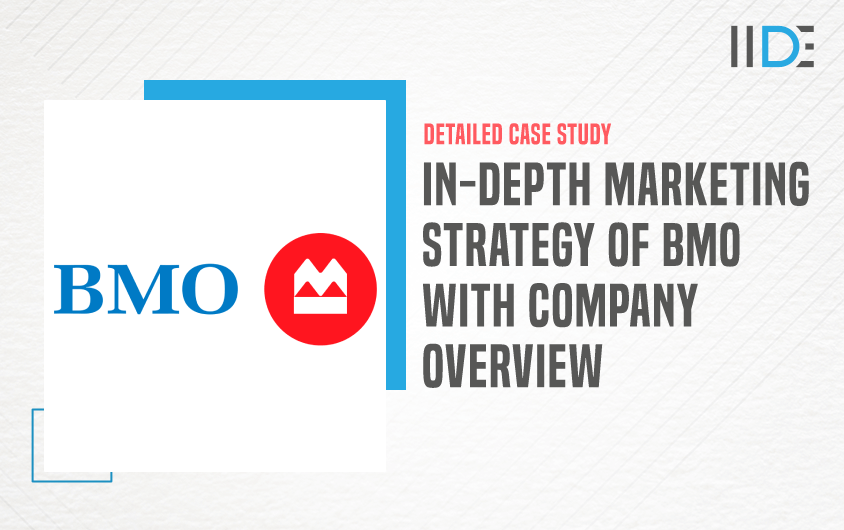 The world is fully online now, and marketing is the backbone of every business. If you are interested in learning more about marketing, do check out our Digital Marketing Masterclass by IIDE CEO and founder Karan Shah.

We will cover all the topics about the marketing strategy of BMO in this blog.

Before starting to go in-depth, we know about the company’s stories, its target audiences and the digital presence of BMO.

Founded in Montreal, Quebec in the year 1817, initially based out in the Canadian market with its best operations and success over time the bank started acquiring other small-scale as well as large-scale financial services to reach out to the global market. It is named differently in different countries by BMO Harris Bank in the US Market. BMO is the first Canadian bank to be listed on the New York stock exchange. The growth this bank obtained from day one was very appreciable with a whole lot of efforts to global markets.

Let’s examine BMO’s marketing approach and how they execute the marketing programme etc.

BMO Private Equity segments the overall market into smaller segments and groups, which have similar attributes, buying behaviours, and socioeconomic backgrounds, among other factors, to reach consumers more effectively and efficiently. Commercial banks are their targeted audience.

During the COVID-19 lockdown, BMO’s audience, the always-in-motion, socially conscious millennials, who depend on their phones for everything, were particularly reliant on them. In Canada, where phones were often the only connection to the outside world, this dependence was amplified. When BMO’s new credit card was being developed, conquering mobile would be critical. 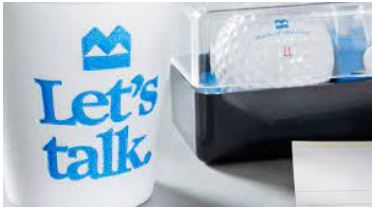 An invitation for customers to discuss the bank’s products and services – mortgages, loans, travel services, and more – was issued in the early 1970s with ‘Let’s Talk.’ The bank’s customer-focused philosophy and its interest in discovering new ways to help the Bank of Montreal’s clients were reflected in the ‘Let’s Talk campaign. The radio spots featured the voice of Leslie Nielsen, a popular actor and comedian at the time. 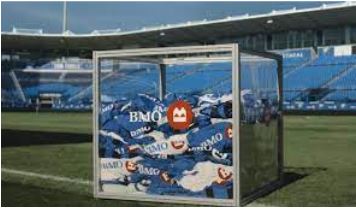 Toronto FC has been BMO’s main partner since the team’s inaugural season in 2007. BMO funded BMO Kickin’ with TFC, a youth initiative that helps kids collect money for their soccer teams and participate in fun pre-game activities. BMO is also the primary sponsor of the Montreal Impact. As part of the Team Up with the Impact campaign, the bank provides young soccer players with a variety of assistance.

Team Up with the Impact helps teams fundraise and connect with fans, players, coaches, and parents, in addition to providing children with the chance to participate in the Impact’s pre-game activities. Vancouver Whitecaps FC was the first Founding Partner, and BMO is its sponsor. BMO supports the Kickin’ with the ‘Caps program, which follows the same framework as Team Up with the Impact. 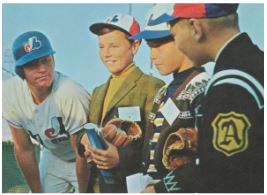 When the Montreal Expos first arrived in Montreal in 1969 as the first Canadian Major League Baseball (MLB) franchise, Bank of Montreal was one of the franchise’s earliest supporters. Employees, management, and customers were filled with excitement about their new home team. The Bank of Montreal Young Expos Fan Club was formed to help young baseball fans become involved.

The club offered 50-cent game tickets, membership cards, letters from Expos players, and special banking services for young customers in exchange for membership. The first president of the fan club was popular outfielder Rusty Staub, who had over 75,000 members by the end of the Expos’ first baseball season. Membership grew to include people of all ages by 1989. The bank’s branding was visible at the Montreal Expos’ home stadium, Olympic Stadium, in the late 1980s.

The bank of Montreal is active on social media like Instagram, LinkedIn, and Facebook. It has the greatest number of followers on Facebook and LinkedIn, in addition to being active on them. On Facebook, the number of followers is approximately 175,000. On the other hand, young teenagers are welcome on this type of social media. 47,645 employees working at Bmo are on Linkedin, and Bmo has 303,173 followers. The posts are mainly informative, with some related to their new implementations. 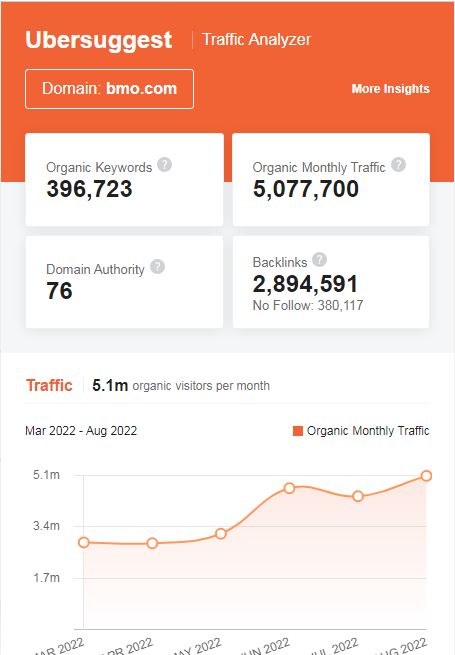 Bank of Montreal is delivering a highly personalised credit card message to its new millennial generation that fits where millennials spend their time online.

The campaign features influencer-generated content from a variety of creators, including Priyanka, the winner of the first season of Canada’s Drag Race. The full-channel approach began on television nationwide earlier this month, before rolling out online with an influencer and social media campaign, all through the end of February.

The financial institution is rolling out the B2B procurement carrier to groups throughout Canada and the United States. Wainbee Limited., an commercial automation distributor, has signed up to apply FlexPort to achieve credit score card authorisation and agreement and greater information shipping to help its customers. 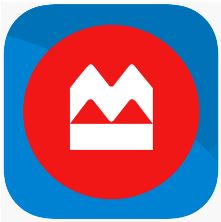 Bank anytime, anywhere from a customer’s Android smartphone, anytime, anywhere with the BMO Digital Banking app. They have updated the design for a cleaner look and even more convenient to use! It’s safe and super easy to

Bank of Montreal is very active on social networks. Post content related to their new programs or services, outreach messages, and more. The only source for posting content is Facebook or LinkedIn. Also, they release press releases about their service through various sources like The Hindu, Money Control, The New Indian Express, etc.

They have their best SEO strategies also. Though BMO has to increase its digital marketing methods, it is still trying to evolve and grow in the digital sector.

If you like such in-depth analysis of companies just like the marketing strategy of BMO check out our IIDE Knowledge portal for more fascinating case studies.