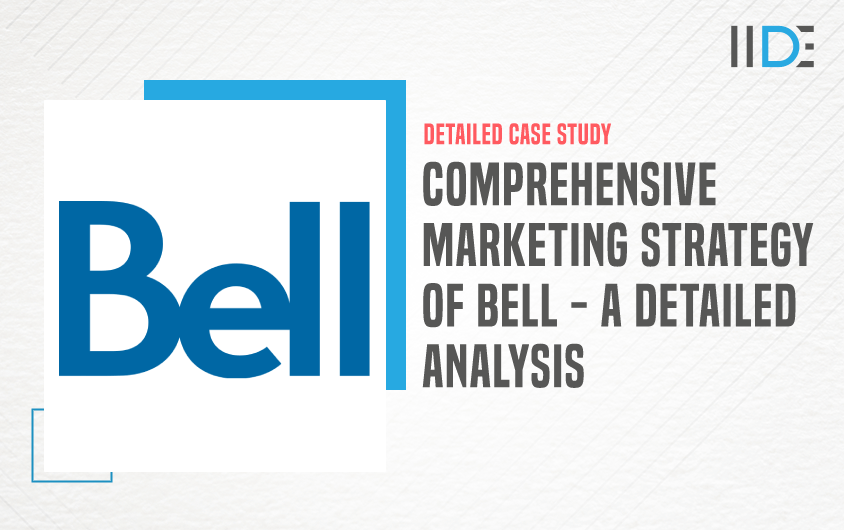 In our past article, we had done the SWOT analysis of Telia. In this article, we will see the marketing strategy of Bell, a telecom organisation.

Due to digitalisation in every part of the world, companies are adapting to online modes of doing business, and Bell’s success story can be hindered if online practices are not adopted in their organisation.

Thus every business needs to implement digital marketing. If you are anxious about learning what digital marketing is and how to use it to your advantage – check out our Free MasterClass on Digital Marketing 101 by the CEO and Founder of IIDE, Karan Shah.

In this case study, we will learn about the marketing strategy of Bell. But first, let us know about the company and the product better. 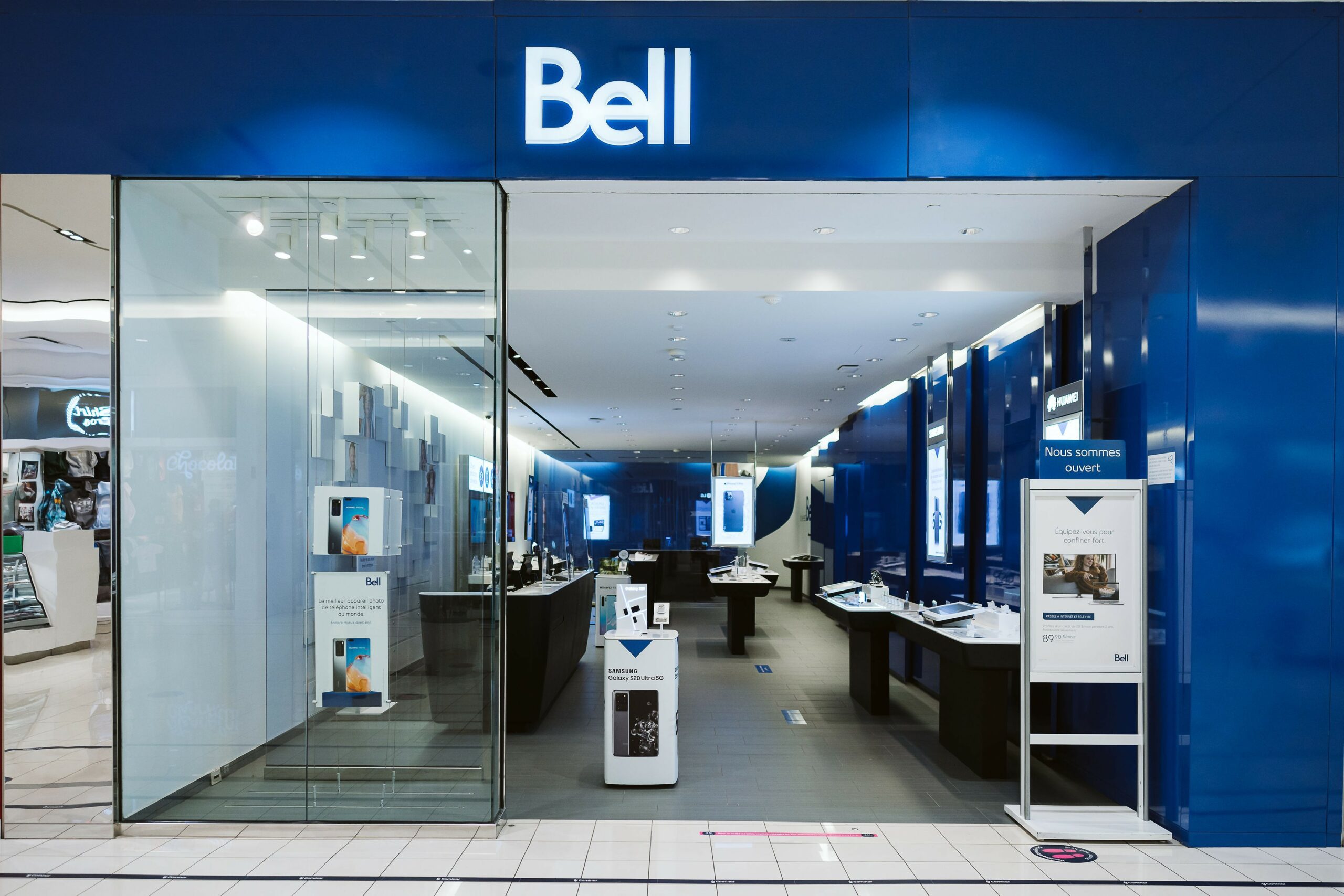 Bell has been one of Canada’s considerably important and strong companies, it was also listed as the fifth-largest telecommunications company in the country in 1975 and today it is the 22nd on the list by total revenue. The company is named after the originator of the telephone, Alexander Graham Bell, who was also the co-founder of Bell Telephone Company in Boston, Massachusetts.

Bell Canada functioned as the subsidiary of the Canadian Bell System from 1880 to 1975. Yet, unlike the other regional Bell serving businesses, Bell Canada had its R&D labs.

Bell provides many different types of telecommunications services to consumers, businesses and government across Canada including advanced wireless, Internet, TV, smart home, and business services over their world-class LTE and fibre networks.

Market Position: Bell has a dominant market position being the leading network provider in Canada. Since its beginning, the company’s growth has enabled it to generate new revenue and diversify the economic cycle risk in the areas it serves.

From 2005 to 2008, Bell conducted a marketing advertisement in which 2 fictional beavers i.e. Frank and Gordon were introduced in Canada to promote Bell’s sponsorship of the 2010 Olympics.

The beavers were voiced in English Canada by Norm Macdonald (Frank) and Ken Hudson Campbell (Gordon).

Their misadventures with Frank getting flustered with the dimwitted Gordon made them two of the best-known corporate mascots in Canada. A large portion of the ads was uploaded to YouTube. 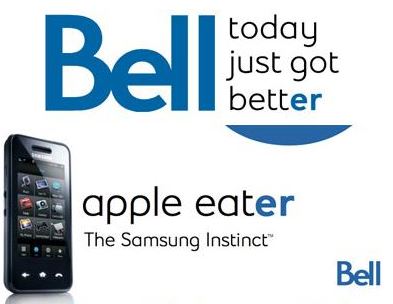 In 2008, Bell kicked off an inexplicable “er” marketing campaign which wasn’t located anywhere within the word “Bell” or “Bell Mobility.”

Just to humiliate its competitors Apple and Samsung, the Canadian telecom didn’t stop spending big bucks in order to create a new marketing push focused on the two letters.

The “Today Just Got Better” campaign got plastered everywhere in Canada, leaving onlookers confused with the ads that have no connection to the brand. Like it was just for the sake to garner attention.

Bell has a very well-organised posting routine which makes sure that each Social media platform gets equal attention.

Bell has ensured that its social media footprint grows every day. Posts related to telecommunications, web series promotions, and promotional videos spread access to all forms of media and attract a lot of eyeballs. The company can be found everywhere from Linkedin to Instagram to Twitter and Youtube. 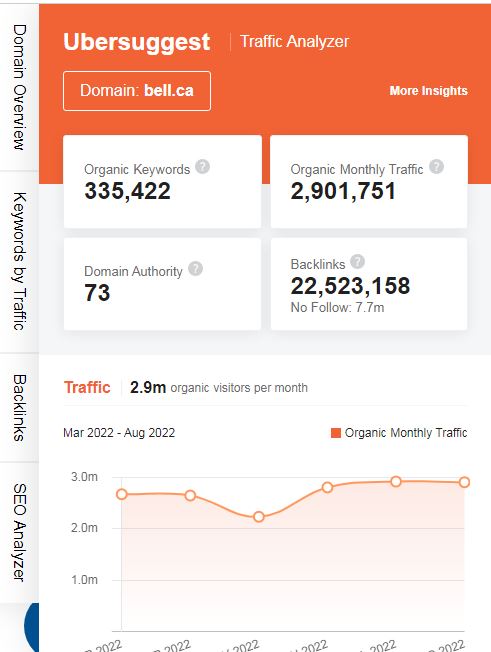 According to SEO rankings, the number of keywords – below 500 is bad, above 1000 is good, and 10,000+ is amazing. As one can see, https://www.bell.ca/ has 335,422+ organic keywords, which itself is considered excellent. That means Bell’s digital marketing strategies are gaining a lot of traction and are working well.

Furthermore, the monthly traffic is approximately 2.9M, which is an excellent figure. As a result, Bell has clearly made efforts to optimise its search engine results and is reaping the benefits effectively, as evidenced by the numbers.

Bell has not been associated with involvement with influencers. It doesn’t use influencer marketing. 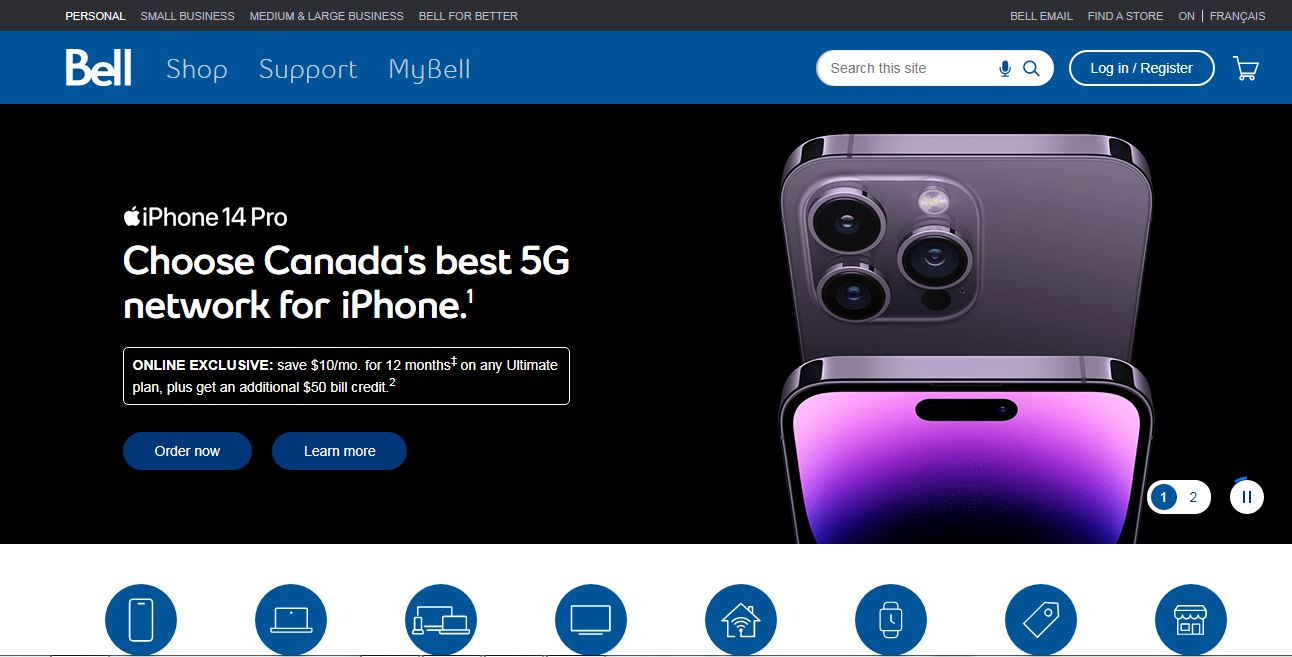 In the eCommerce strategies, the brand called Bell has an online platform for customers to explore Bell offerings and products that they can buy online. They have their own website and The Bell company sells electronic devices, mobile phones, internet packages, TV packages etc. and more.

Bell also keeps its content interactive, giving a personal vibe to its client base. Informational content is also a major boost to their imprint as more and more people refer to each other and help them build a community.

One of the industry’s top providers of ICT solutions and services, Bell Company has a solid track record as a network expert. It is one of the greatest French mobile communications businesses, serving millions of people around the country.

If you like such in-depth analysis of companies just like the marketing strategy of Bell check out our IIDE Knowledge portal for more fascinating case studies.