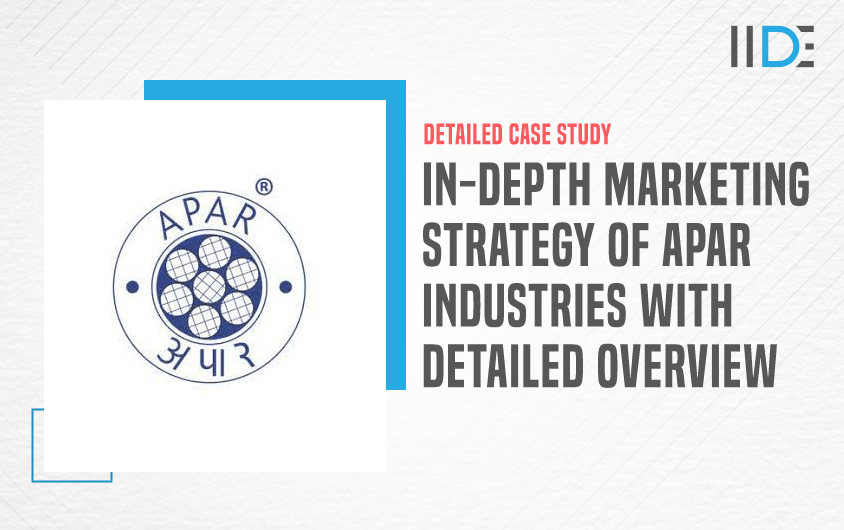 In this blog, we are going to see a detailed analysis of the marketing strategy of Apar Industries – A highly trusted manufacturer company across the Globe. The main objective is to learn insights into Apar Industries and how APAR is gearing up to tackle the biggest challenges of the 21st century, including fair global business practices and sustainability.

The mission of APAR Industries can be stated in three words: ‘Future’ solutions today. APAR is committed today to solutions so that future generations can live life cleaner and greener. APAR Industries has had consistent growth over the past years.

So, as we know, the world is becoming online now, and marketing is the rib of every industry. If you are interested in learning more about marketing then do check out our Free Digital Marketing Masterclass with Certification by the CEO and founder of IIDE, Karan Shah.

In this blog, we will learn the entire marketing strategy of APAR Industries. Let’s begin with the company’s overview and digital presence.

It was started in 1958, in India. Over 60 years, APAR has grown into a diversified and richest company. The industry has expanded its business to over 125 countries by supplying conductors, polymers, lubricants and speciality oils.

At APAR, they have been able to excel at what they do because of who they are: relentless innovators who are constantly pushing themselves to discover, perfect and deliver tomorrow’s solutions today.

Their focus is on consistently optimising efficiency in our manufacturing facilities to ensure better costs for our clients. The company emphasises finding solutions that align with core values of integrity, honesty and accountability to every stakeholder: Their customers, employees and shareholders.

The company believes that with an innovation-first mindset, solutions that make anything possible can be found.

The target of the industry is fields like electrical & electronics, automotive, healthcare, etc. These fields require conductors, polymers, lubricants, etc and the industry provides all the essentials perfectly.

Apar Industries do not have a great online presence even though they haven’t conducted any kind of campaigns. They don’t conduct any kind of advertisement campaign to promote their supplier of conductors, transmission cables, speciality oils, polymers and lubricants.

Apar Industries can use the same marketing techniques as its competitors are using. The marketing campaign which they can follow from their competitors is advertising on television, launching an advertisement in newspapers, launching a short corporate film, and other marketing ideas.

Apar Industries can launch such advertisements and other media campaigns to increase its presence in India and other foreign countries. 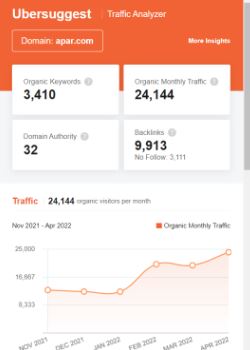 As per SEO ranking, it is believed that the Number of Keywords below 500 is bad, and above 1000 is good. As we can see that apar.com has 3,410 organic keywords and it is considered good. That means the digital marketing of APAR Industries is gaining a good insight.

The traffic of APAR Industries per month is around 24k which is good.

From the beginning, APAR Industries has collaborated with many YouTubers, Bloggers, etc for their marketing purpose. 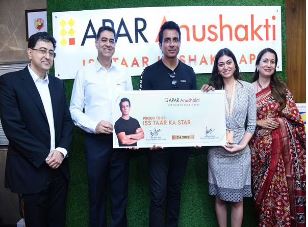 Recently Bollywood actor Sonu Sood has collaborated with APAR Industries as a Brand Ambassador. This matches perfectly with the ethos of APAR.

Kushal Desai (Chairman & Managing Director, APAR Industries ), shared, “We’re thrilled to have Sonu Sood Ji as the face of our brand. The Sonu Sood Foundation and Sonu Ji’s generous contribution toward the welfare of society and the common man during the pandemic are commendable.”

Sonu Sood, on signing up as the face of the APAR brand, said, “I am delighted to be working with the APAR Industries group.”

In talking about eCommerce strategy, unfortunately, APAR industries don’t have any such websites where they can sell their products.

APAR Industries Ltd is active on social media as well. The industry also releases information about its product via various sources such as The Hindu, Economic Times, etc. They also have posting content through Linkedin, Facebook, and Instagram.

Rediffusion has announced that it has bagged the advertising mandate for APAR Industries’ cable and wires business. The account was won followed by a multi-agency pitch and will be handled by Rediffussion’s Mumbai office.

In the marketing strategy of APAR Industries, we saw that APAR is gaining immense love from everyone who comes across the industry.

But, to survive in the practical market, Subros has to pay more attention to all of the key players, because firms from all over the world are playing the best part in the market, and most of the companies are giving goods at the lowest rates and best values to the clients.

If you like such in-depth analysis of companies just like the marketing strategy of Apar Industries, check out our IIDE Knowledge portal for more fascinating case studies.