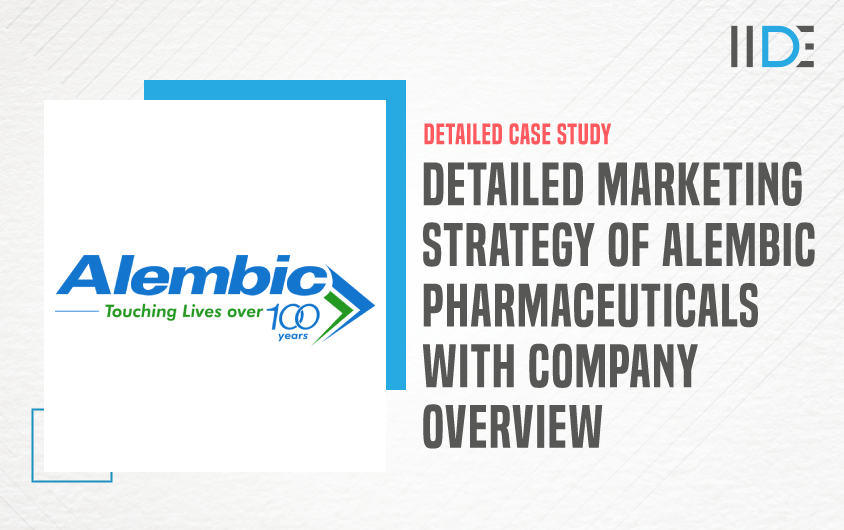 Our main objective is to elaborate the alembic pharma’s marketing and understand their strategy which has made its success in the multinational and local market helping them standstill even after 100 years as the market leader and aims to become the global brand and their STP to promote worldwide.

First Let’s elaborate on the company’s story and target audience and digital presence in the following section but if you are keen to learn more about marketing strategy then you should check out IIDE’s Free MasterClass on Digital Marketing 101 by our CEO and Founder, Karan Shah.

Before we get everything rolling, get more familiar with Alembic Pharmaceuticals as an organisation, the way things were laid out, its items, financial position, and its rivals.

India’s leading pure-play pharma player – Alembic Pharmaceuticals Ltd. is an Indian pharmaceutical and transnational company, involved in the production of pharmaceutical products, pharmaceutical substances, and also on agriculture raw materials like (fertilisers and substance) intermediates are termed to be a market leader in the macrolides segment of anti-infective drugs in India.

As per the survey on the pharma gang website about the TOP 25 pharma companies where  Alembic pharmaceutical was at 18th place and with a turnover of 14.25 thousand Crore Approx.

Alembic has its headquarters and corporate office situated in Vadodara, Gujarat, India, while its manufacturing competence is located at Panel, Karakhadi in Gujarat production house, and Sikkim, India.

Alembic Pharmaceuticals Ltd. in the first instance began as Alembic Chemical Works; it’s only involved in the production of tincture and alcohol in its unit at Vadodara in 1907. The company expanded its production house to manufacturing cough syrups, vitamins, tonics, and sulpha drugs.

And also began its penicillin production in the 1960s. Later also initiated bulk production of vitamin B12 Within the antibiotic section after the initiation of penicillin manufacture, soon began the assembly of erythromycin in 1971 for the first time in India. Alembic first to incorporate and launch the ‘Althrocin’ brand of erythromycin. In 1997, Althrocin was India’s highest-selling brand of erythromycin. In 2000, Alembic got ISO 14000 certification for its first Vadodara facility. In 2010, Alembic Pharmaceutical Ltd. demerged from Alembic Ltd. In 2011, the equity shares of Alembic Pharmaceuticals Ltd. were listed on the Bombay stock market and the National stock market of India.

As per the survey about TOP 25 pharma companies where  Alembic pharmaceutical was at 18th place and with a turnover of 14.25 thousand Crore Approx

Alembic Pharmaceuticals Ltd is a generics, formulations, and nutraceuticals manufacturing company situated in India. The company specializes in the production of leading pharmaceutical products listing cough syrups, vitamins, tonics, sulfa drugs, penicillin, and erythromycin supplements. So, their market segmentation is Pharma global Innovator Companies. They do not target a particular organization or distributors.

The alembic pharmaceutical is situated in India. They are now the only firm capable of conducting and patenting clinical trials on patients, as well as manufacturing all of the pharmaceuticals that they can. Although the corporation is best recognized for researching and distributing medications, it also develops and manufactures a wide range of medical devices and pharmaceuticals.

Alembic pharmaceutical is India’s largest pharmaceutical. They are now the only firm capable of conducting and patenting clinical trials on patients, as well as manufacturing all of the pharmaceuticals that they can. They work on the development and production of a wide range of medical equipment and medications.

Alembic Pharmaceuticals does not have a great online presence even though they haven’t conducted any kind of campaign. They don’t conduct any kind of advertisement campaign to promote their company.

Alembic Pharmaceuticals can use the same marketing techniques as its competitors are using. The marketing campaign which they can follow from their competitors is advertising on television, launching an advertisement in newspapers, launching a short corporate film, and other marketing ideas.

Alembic Pharmaceuticals can launch such advertisements and other media campaigns to increase its presence in India and other foreign countries.

Alembic Pharmaceuticals companies have a digital presence and were founded on major social media platforms but were not on consistent posts on platforms like Linkedin, ambition box, Facebook and so on Alembic Pharmaceutical has an overall rating of 3.9 out of 5, based on reviews left anonymously in money control a financial strategy site also where 70% of employees would recommend working at Alembic Pharmaceutical to a friend and 67% have a positive outlook for the business.

On social media, Alembic Pharmaceuticals has the most followers on Linkedin. The type of content they produce on this social media is job-related and on Facebook only about NGO activities. 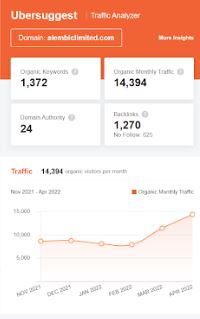 As per SEO ranking, it is said that the Number of keywords – below 500 is bad, above 1000 is good, and 10,000+ is amazing. As we can see, its website has 1k organic keywords and it is good. That means the digital marketing of alembic pharmaceuticals is not up to the mark and is not gaining a fair number of insights. Alembic pharmaceuticals’ digital marketing is not successful in attracting a large number of visitors. The monthly traffic is only in the 14k+ range, which is quite impressive.

Alembic pharmaceutical is not tied up with any celebrities, sponsorship, or opinion leaders or had any social media campaigns with influencers campaigns. they didn’t do any influencer marketing. All they were doing was Philanthropic and social welfare campaigns through #alembic CSR,#alembic foundation

Its content was mainly based on companies’ growth and its philanthropic campaigns and this will be published in financial newspapers or journals or even in blogs to communicate with its stakeholders and financial institutions.

Alembic pharmaceutical has its vision, what they are doing now, and where it is to try ahead in the future.

Conclusion – What is unique in Alembic Pharmaceutical company’s Marketing?

Alembic Pharmaceuticals is famous for its pharma production and Althrocin brand of erythromycin and drug manufacturing.

The company must focus on hiring digital marketers and marketing professionals, in the hopes that they will consider this step to achieve the desired results.

Almost every other firm, like Alembic Pharmaceuticals, is striving to boost its digital presence and, as a result, is looking for digital marketers. Check our Online Digital Marketing Course if you want to learn more and improve your skills. Alternatively, you can enrol in one of our free online masterclasses led by IIDE’s CEO, Karan Shah, to gain insight into the field of digital marketing.

If you like such in-depth analysis of companies just like the marketing strategy of Alembic Pharmaceuticals check out our IIDE Knowledge portal for more fascinating case studies.