The company works as a payment processor for online merchants, auction sites, and other commercial customers. It has over 400 million users worldwide. It provides its services with more than 100 different currencies in 200 plus markets around the world. It has a total of 77,700 employees as of 2020 and has been on the top list in the market for a long time. Thus this makes us keen to know the business model of PayPal.

In this article, we have elaborated on PayPal’s business model in detail which includes its revenue stream, customer relations, valuable resources, production cost, etc., and also the competitors of PayPal.

Before we start with its business model let us know about PayPal as a company.

PayPal was founded in 1998. It was launched as a Confinity money transfer system. Confinity had a formidable opponent at the time, Elon Musk’s X.com. Rather than vying for market share, both companies combined, flourished, and took over the industry.

The use of the dollar as an exchange currency and e-mail as a transfer medium was a major benefit of PayPal’s business strategy.

Any consumer may simply create an account on the website and deposit money or link it to a bank or credit card account. The company went from 12,000 to 2.7 million accounts in just eight months. In the summer of 2001, it had grown to nine million users with over 120,000 daily transactions.

PayPal went public in 2002 with these high numbers and was acquired by eBay not long after. The reasons for the purchase have never been fully revealed by eBay, however, it is known that eBay auctions accounted for 60% of PayPal’s transactions. And the majority of PayPal users came from eBay, where they were already familiar with the payment platform.

Now that we have known about the company, let’s start by understanding the basic definition of the business model.

A business model is a company’s primary strategy for operating profitably. Models typically include information such as the items or services that the company intends to sell and any expected costs. Pricing and costs are the two levers of a companies model.

There are many different types of business models. The most prevalent types are direct sales, franchise, freemium, and subscription models.

Business plans are used by investors to evaluate companies that they are interested in. A business model could be a high-level strategy for operative a profitable company in a very sure market. The value proposition is an essential component of the business model. This is a description of a company’s goods or services, as well as why customers or clients find them compelling, ideally articulated in a way that sets it apart from its competitors.

Now let’s look at the components of the PayPal Business Model.

The PayPal business model is a fintech, and also a classic two-sided platform. On one side, there are merchants, the businesses that use PayPal services to make financial transactions, with security and trust. On the other side, there the consumers, the users, mostly individuals, who will make payments through the platform, inside the merchants’ websites.

The principal channel is PayPal’s website, where the customer conducts the majority of their transactions. There’s also the Paypal mobile app, as well as two mobile payment subsidiaries, Venmo and Xoom.

PayPal is essentially self-service, requiring no interaction with the company’s staff. In any case, customer service employs almost 8,000 people. In addition, the organization offers Buyer and Seller Protection Programs to ensure that both parties are satisfied and confident.

This analysis solely looks at revenue earned by PayPal’s core platform. Nonetheless, revenue from its other companies (such as Venmo, Xoom, or iZettle) accounts for a considerable amount of its total revenue.

PayPal’s cost structure is based on the amount of money it makes. Customer service, sales & marketing, product development, operations, and miscellaneous expenses are also included.

So, let us now see who are Paypal’s rival companies in the market.

Every sector faces competition. So does Paypal. Below mentioned are the major competitors faced by Paypal. Let’s know them one by one,well-established. 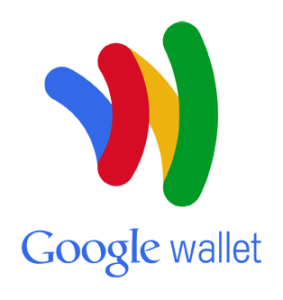 Google Pay Send, formerly known as Google Wallet, is a service provided by Google which was initiated in May 2011. Users do not have to pay anything to use Google Wallet. Money can be sent and received for free, and money can be added to a Wallet Card through a linked bank account. Users can only add a certain amount of money to their Wallet Balance, withdraw money from the associated account or card, and send and receive money from other people. These restrictions are imposed on each transaction and for specific periods. 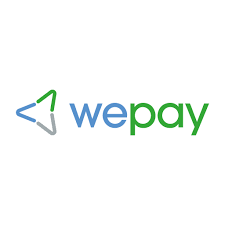 WePay is a US-based online payment service provider founded in 2008 that offers platform businesses such as crowdfunding sites, marketplaces, and small business software companies an integrated and configurable payment solution via its APIs (Application Programming Interface). WePay today employs approximately 180 people in California, Rhode Island, and the United Kingdom. WePay has also been named one of the top companies to work for in the Bay Area by several publications, including PR Newswire. 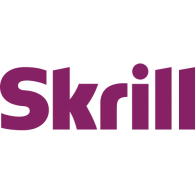 Skrill is a 2001-founded digital wallet that provides a variety of online payment and money transfer services. Skrill has to work in over a hundred and twenty countries, with the digital notecase on the market in forty different currencies since its beginning. Customers can deposit money into their Skrill wallet using a variety of methods, including credit cards, bank transfers, and a variety of other choices. After that, the funds can be used to pay merchants, other Skrill users, or converted to cryptocurrency.

In the study of the business model of PayPal, we saw that PayPal is a well-established brand and has many potentials in the market. Its customers are divided into two segments which are consumers and merchants. It earns its revenue from charging transaction fees, offering business account subscriptions, selling card readers, etc. They also have some big competitors in the market like google pay send, WePay, and Skrill.

Wasn’t it interesting to know the business model of PayPal? Learn how to grow your business using digital marketing, check out our website for more information.

You can also check out Free Digital Marketing Masterclass by IIDE to understand what digital marketing is all about.