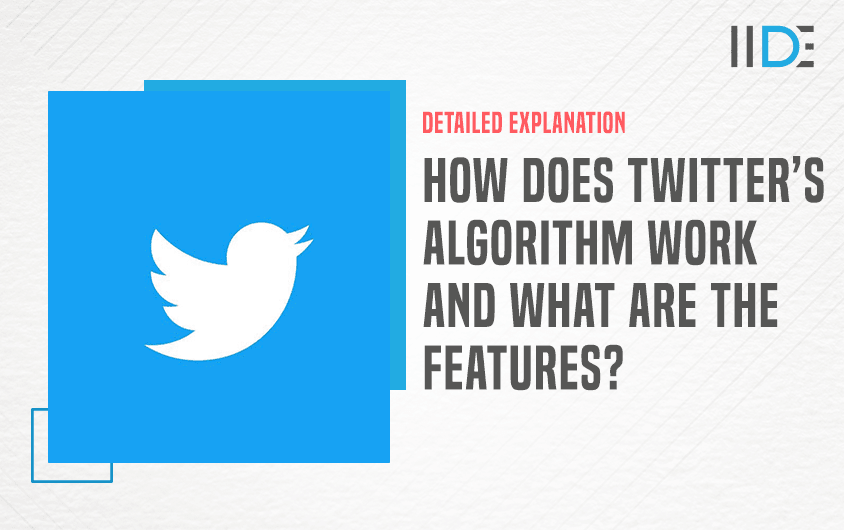 Twitter is undoubtedly one of the oldest and best social media platforms. The old users of Twitter have still remained loyal throughout these years with multiple changes and upgrades in its algorithm.

Brands have started using Twitter as a significant part of their social media strategies, presence and media building efforts.

In this blog, we’re going to break down how the Twitter algorithm works in 2022 and what are the sections and options available.

Top Tweets are all those which may be closely related to the topics you are interested in and are also based on popularity and its relevance. Twitter now experiences a massive surge in the number of tweets that come in every minute. This algorithm update was added so that you don’t drown yourself in countless irrelevant tweets.

Latest Tweets is the og Twitter timeline where all tweets are arranged in the timeline they were posted showing you the most recent ones at the top and so on. But if you follow too many people, even in this mode, it has been noticed that not all tweets will be shown. The algorithm still chooses the best/relevant tweets.

You can switch between these 2 modes on your feed as per your preference and convenience.

Now, let’s understand what’s relevant for Twitter and how the algorithm chooses which tweets to show on the top.

The first important factor is definitely how recent your tweet is. Twitter’s space is so massively used that anything that is even a day old may be considered outdated. Thus, the algorithm won’t rank you if the tweet is old.

Secondly, the user engagement on your tweet is a very significant factor. The number of likes, retweets and replies you have tells the algorithm that it is something useful, funny or relevant.

Your account history also plays a major role. If the writer has been consistently tweeting and gaining good traction on them, this makes you the preferred account for the algorithm.

These were the main factors that are used by the algorithm to rank tweets on one’s timeline. You must know that everyone’s timeline is different from another so the last factor that the algorithm picks is the relationship of the user with the accounts he follows.

Twitter’s user interface is not that rigid. It doesn’t show you tweets only according to the algorithm. There’s one way you can customise your timeline by using the feature called Twitter Lists.

In this feature, you can add all those accounts of people, brands, etc that you want to follow closely and read tweets of. If your list consists of too many accounts, then the algorithm comes into play again but only applies to the tweets of the people in the list.

Twitter also gives you insights or a summary of your account’s performance. It can be viewed in 2 settings, either for the last 28 days or a monthly statement. If you go for the last 28 days, it will give you numbers as well percentage growth or drop on the Number of Tweets, Tweet impressions, Profile visits, Mentions and Number of followers.

And for the monthly summary shows you everything mentioned above plus the top tweet, top follower and top mention of the month.

To read a little more about these updates, read this article on the Twitter algorithm updates of the years.

With that, we come to an end with our blog. If you want to be a part of such technological revolutions and employ them to the advantage of your business, you should totally opt for our Online Digital Marketing Course.

And for all graduates looking for a professional course, our 11-month Digital Marketing MBA is the best place to explore, learn and apply digital marketing in top companies.