A Complete Guide on Fake News, How to Combat Fake News & More 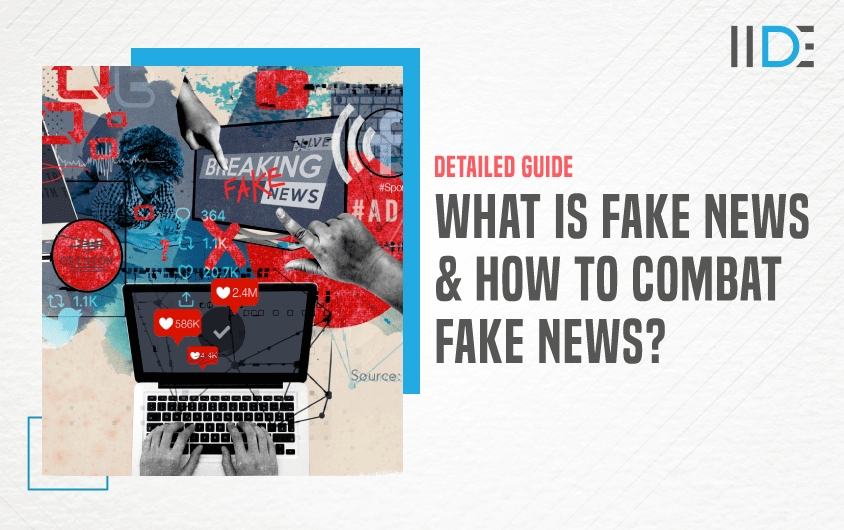 The Problem of spreading Fake News, especially all over social media has been increased in the past few years. And although it may seem that fake news is another untoward effect of the ‘internet generation’, the reality is that it has been around for as long as news has existed!

In this blog, we will go through the meaning of fake news, how it is being spread, how to identify it, and how to combat fake news.

So, without any delay let’s start with the definition of Fake News.

Quick Links hide
What is Fake News?
Misinformation V/s Disinformation
How Does Fake News Spread?
Role of Social Media in Spreading Fake News
How to Recognize & Distinguish Fake News from Real News?
– Fake Website Address
– The Author
– Investigate the Source
– Spelling and Grammatical Errors
– Misleading Headlines
– Check the Evidence and the Story
– Educate Yourself and Others
How to Combat Fake News?
Facebook
Twitter
Instagram

What is Fake News?

False information published under the guise of authentic and legitimate news stories is called Fake News. Fake news stories are of two types – deliberately false stories and stories where the facts are not entirely accurate.

The motivations behind such publications are generally monetary (attract traffic to the site and/or increase advertising income) but could also be personal (harm the reputation of another person/entity) or political (influence the public’s viewpoint), among other motivations.

It is important to know that today, the term ‘Fake News’ is also used sarcastically, to describe a piece of information that someone doesn’t like.

Many times people do the mistake of frequently using these two terms interchangeably, but they are not synonyms; they are distinct words with distinct meanings.

Fake news also known as Misinformation is defined as false or out-of-context information presented as fact without the intent to deceive or mislead the reader.

On the other hand, Disinformation is the false information that has been disseminated or distributed purposefully in order to deceive or mislead those who read it.

How Does Fake News Spread? 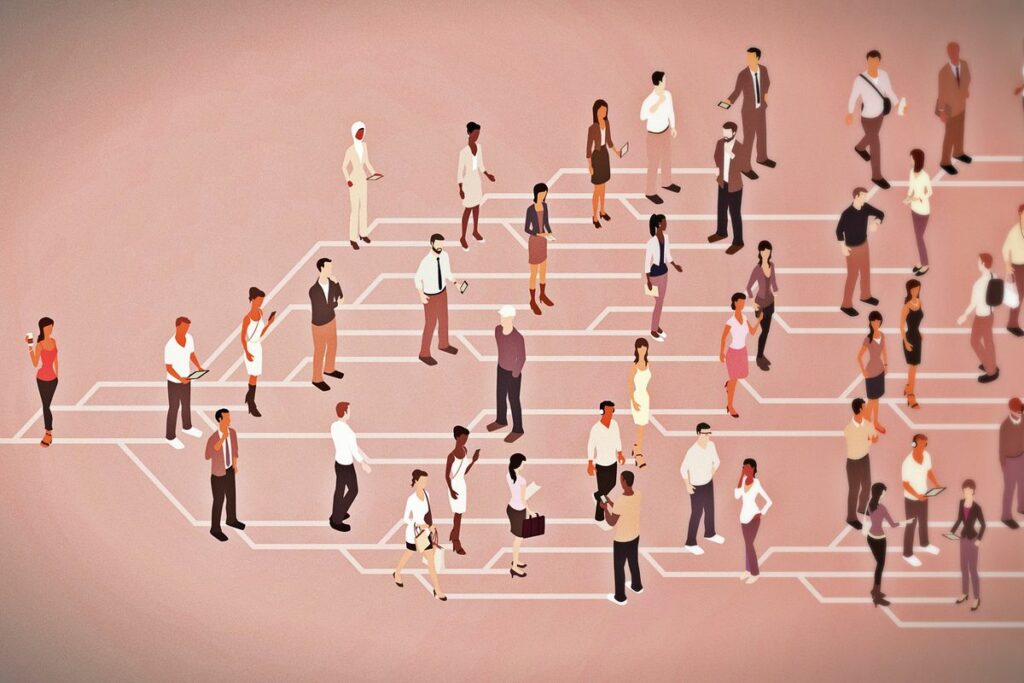 You might have gotten an idea of how quickly fake news spreads by looking at the image. Someone posted something on the internet, another will see and share it, and so on…. The process continues and it reaches millions of people, within a short span of time.

When confronted with both fake and verified news, people tend to dismiss both misinformation and facts. And that is the influence of fake news.

And one of the most popular platforms for spreading fake news is social media. Because the majority of people use and rely on social media, it has become a simple task for such people to spread fake news through this medium.

And the liberty for anyone to speak and spread whatever they want, the chances of spreading fake news to create panic & unnecessary drama has increased.

To understand this much better, let’s take a look at the role of social media and various social media platforms in spreading fake news.

Facebook has around 2.85 billion monthly active users, Twitter has 353 million, and Instagram has 1 billion. And, with such a large audience on these social media sites, the chances of spreading fake news are much faster than with any other source. As a result, a large number of fake news or stories are spread through the use of such platforms. 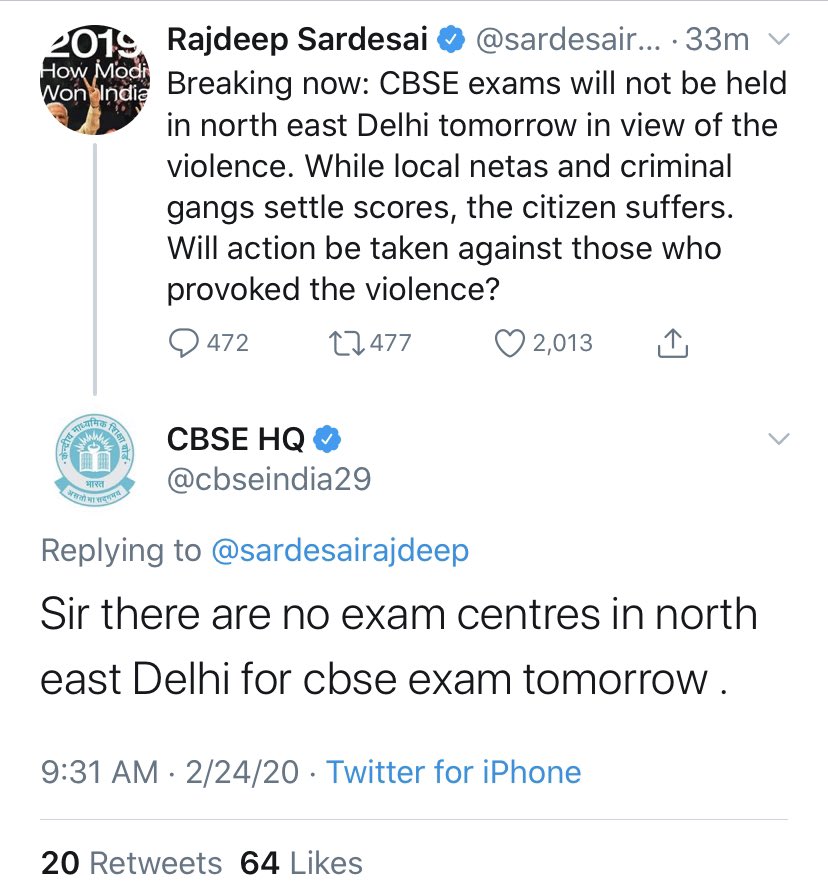 The spread of fake news can sometimes lead to violations and riots. There have been numerous cases where minor false information or “Rumors” on social media sparked large riots and resulted in the deaths of many people.

Let’s take an example of the Delhi Riots: false tweets and misleading information were widely disseminated and spread on social media, causing the riot to break out and result in significant loss of life and property.

So it is not necessary that all the things or information which you see on social media is correct. We came across many such news, where a single tweet or a single post have become the reason for violence.

How to Recognize & Distinguish Fake News from Real News?

It is wrong to believe that sites with ‘large traffic’ are legitimate and therefore do not have fake stories. Such sites may also create and propagate fake news.

It is, therefore, the need of the hour to educate ourselves on recognising fake stories and preventing their spread. There are several ways to do this:

Although an article may claim to be from a well-known news publication, you have to check whether the web address is correct or not. Compare the web address with the homepage of the relevant news organization.

If you found some misspellings or inconsistencies in the address, then you may have discovered fake information. Most of the time the fake articles are published by an anonymous author. And to avoid detention, sometimes these fraudulent publishers may use a generic author name or remove the byline completely.

Alternatively, they may use the name of a well-known person as the byline. And if that’s the case, then you might think that, why would the author publish his claims on a website with no reputation? In such cases, maintain a healthy level of scepticism.

They are many sites established for the sole purpose of spreading fake news. So, check if the story is written by a credible source and if you are not familiar with it, go to the ‘About’ page and learn more.

And as experienced and expert editors, the chances of making silly grammatical and spelling errors are very less for them. But it is totally the opposite for the fake news promoters.

As a result, fake news articles may contain numerous spelling and grammatical errors. And that’s where you can suspect such articles to be fake.

Misleading headlines are used to generate interest by appealing to our emotions and curiosity. Few examples of such headlines are,

“A Secret no one will tell you about”

Hence, if you found such suspicious headlines then the chances are it’s a piece of fake information. 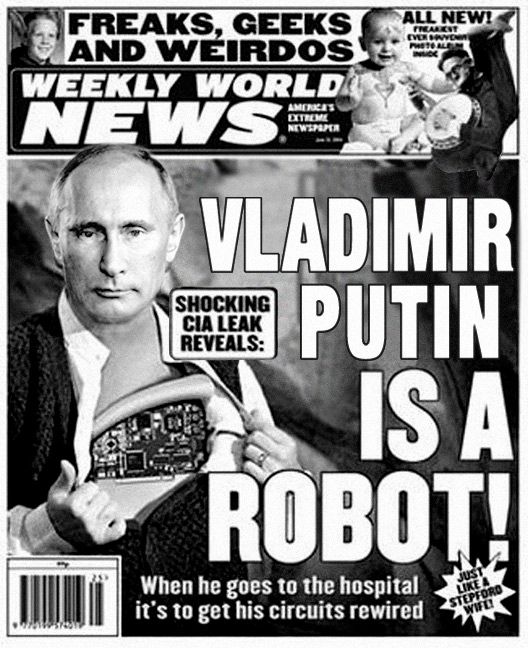 – Check the Evidence and the Story

Think critically. Are the facts backed up? Are other sources saying the same story? Compare the story with other reports. And if you find something inappropriate while comparing then maybe it’s a piece of fake information.

– Educate Yourself and Others

Educate yourself and others on how to recognise fake news and not fall for such stories. Keep abreast of the developments taking place in this area. There are also several fact-checking sites that you can visit.

Bonus Read: You can also read up Facebook’s tips on spotting fake news.

Now the question arises, we have found and recognised the fake news, now what to do? how to deal with it? Should we report it? If yes, then how?

So, let’s see how to handle and report such fake news and articles.

How to Combat Fake News?

Fake news is the information that has been designed to manipulate others, and if you have found or identified any fake news or information on social media, then there are various ways and steps through which you can report it.

And it must be your obligation to report such fake information especially if you found it to be harmful.

Note that various social media platforms have different ways to report it. Let’s discuss each of them individually.

Similarly, if you came across a page that is full of misinformation, such as a Facebook group that spreads harmful conspiracy theories, or something which is inappropriate, then click the ellipsis at the top of the page and select “Find Support or Report Page”. Select “Scams and Fake Pages,” then press the “Next” button to report the page.

If you found any information on any Instagram post that is false and inappropriate, then you can report it by clicking on the ellipsis (the three vertical dots), then click on “Report” and select “False Information”, or the relevant reason.

And if you want to report any account, then go to profile, click on the ellipsis next to their name, and click “Report User”. After that you’ll be given some on-screen instructions, you have to finish that to complete your report.

And through this process, you’ll be able to report against fake news and misinformation on social media.

If you find any fraudulent website, like sites that contains some misleading information, and need to be reported for preventing web users from becoming the victims, then you can report the site to the Internet Crime Complaint Center.

You just have to fill out a form and submit it.

We hope this article has enlightened you about what fake news stories look and sound like and has encouraged you to be more vigilant and critical of what you read.

What are your thoughts on this phenomenon? Let us know in the comments below!