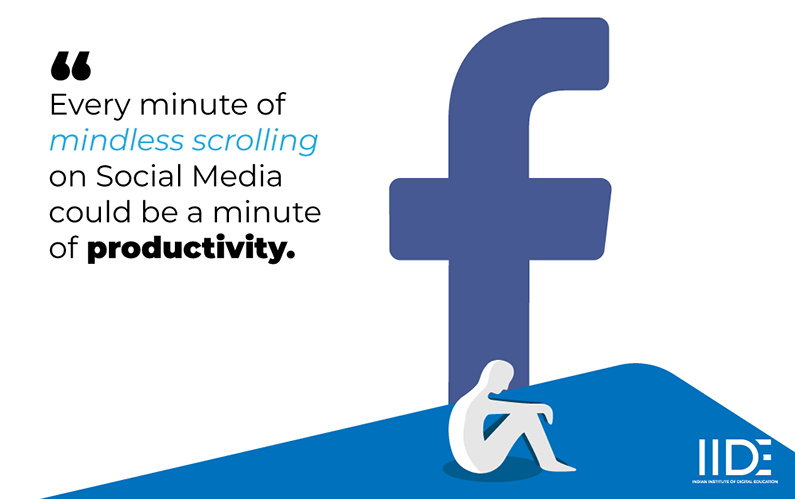 Food for thought: Snapchat streaks are just a multi-million dollar corporation’s way of making a user go back to its app every day to maintain a number against their friends’ name. Ask yourself, does a number define the intensity of your friendship with someone? Or is it just a blank screen snap with no context was sent just to keep the streak going? Is this just helping pile on to my social media addiction?

For all those facing the same situation, here’s a guide on how to beat your social media addiction. 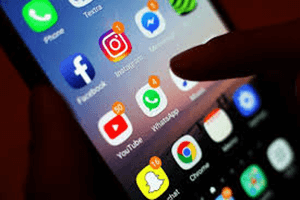 First of all, the most important thing is limiting our time spent on social media.

Hey, I’m not going to be your mother and tell you to get off your phone once it’s dark. But inculcating some sort of self-discipline in terms of how much time you’re spending on Facebook and Twitter can help.

And since no normal individual is gifted with the talent of self-preservation, here’s how to fight your building social media addiction.

So I told you how you can reduce your time spent on social media. Know why it’s necessary to do so?

There are countless pitfalls that one must be wary of whilst building your persona online– especially social media addiction. Going on social media for a few LOLs, your average Joe leaves feeling depressed. And yet, he continues to go back. It’s almost like a drug, isn’t it?  The dangers found on social media must not be taken lightly.

A lot of people, including college-going students find themselves victims of depression, anxiety and inferiority complexes when they vest too much in social media. 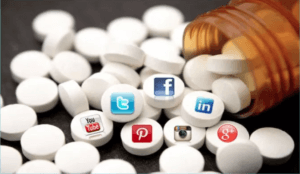 If you follow even one of the methods above to cut down on your social media time, you must still face the dilemma of how to actually survive on social media. Here are a few Do’s and Don’ts!

I don’t mean accounts that will teach you math equations (unless you’re into that, good for you). Accounts like NowThis or Times Of India won’t spam your feed, but whatever they post might just help you show how intellectual you are to your friends. Win-win, right?

Seeing multiple posts from the same account every time you log on might tick you off a little, and unfollowing them isn’t going to hurt. Do yourself a favor here.

DO check in with friends once in a while.

After all, let’s not forget, online platforms were built for this very reason in the first place, not for your social media addiction. Staying in touch with people you might not meet that frequently can do wonders to your mental health. We all love a little bit of nostalgic talk once in a while, don’t we?

These people could include influencers that promote bad habits like drinking or smoking or even friends who you’re not in touch with anymore may be due to some bad blood. This is usually the point where most people with a social media addiction branch into unproductive living habits.

These could be great pictures or inspirational quotes. Anything that makes you happy should deserve to be on your account. After all, it’s your little space in the internet, isn’t it? So why post things that you put out there just because of your friends like it? It’s more important that you love what you’re putting out there because months later, you shouldn’t have to look at your social media and think … ‘Oh my God, what was I thinking?’

DON’T measure how much people notice you based on likes and comments.

The people who truly matter don’t need likes to tell you that you matter. Don’t seek gratification on social media, you won’t get any. The whole system of likes and comments are built on the basis of a slot machine system, which is engineered to get you hooked and build your social media addiction. Every time you log on and refresh your notifications, you will notice that there’s a small one-second or two-second lag. This is in order to keep you waiting on the edge of your seat. Basically, social media uses the same principles gambling does.

There are bloggers and influencers out there that upload positive content that could motivate you, or even uplift you. Sometimes, what they do might even inspire you to follow in their footsteps. Who you are is majorly shaped by who you follow.

We all know there are all sorts of challenges constantly floating around, like the Mannequin Challenge, or the Kiki challenge. If they’re fun to do with friends, by all means, go for it, but if you’re participating in them just to be in with the trends, don’t. Some of these challenges are stupid, and not to mention, dangerous.

From the above points, you may have noticed that they aim at curating the type of content you see on your social media platforms. These simple steps may not look like much, but they will help you become a more sensible and aware person. Brownie points if you wanna impress someone with some
newly learned facts, am I right?

So now that I’ve spoken enough about how to survive social media, let’s talk about the more juicy stuff, like how to be a total boss in it. 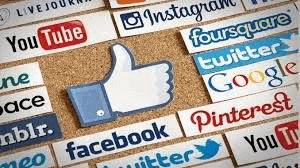 If you are a seasoned social media user, you must have noticed countless ads on it. Even big corporations and e-commerce companies have social media accounts. Who runs these massive accounts? Who makes sure the right ad is reaching you? It’s people like you and me.

Believe it or not, you could make a career out of social media. Businesses and organizations out there have realized the value of social media and how it could transform their image and performance. They are trying to use platforms like Facebook and Instagram to their full advantage. And who better to operate their social media platforms than a social media user? That’s right, I’m looking at you. 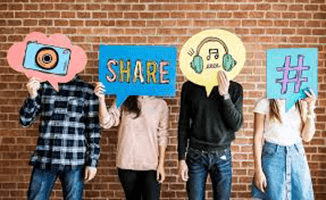 You could be a Social Media Manager, a Digital Marketing Manager, a Search Engine Optimisation Consultant, a Blog Writer, a Content Curator, a Developer, a Graphic Designer, a PR Specialist, a Content Strategist … the list goes on. And here’s some good news for you! While these titles might look daunting, they’re actually perfect for college going students.

The scope of social media as a career doesn’t just lie at working for a corporation, but you could also be your own brand.

You’ve seen bloggers and influencers out there creating content they’re passionate about. While some of them might now have millions of followers, they too had humble beginnings at one point. One thing all successful bloggers have in common is not how fancy they might look, but how passionate they are. If you’re passionate and there are people out there ready to recognize that passion, there’s no stopping you. All it takes is making an account and you’re set. You could one day help influence thousands, even millions, of people out there.

You now know not only how to fight your social media addiction, but also how to use it to your full advantage. Now that the easy part is over, you can ahead and implement that knowledge in your everyday life!