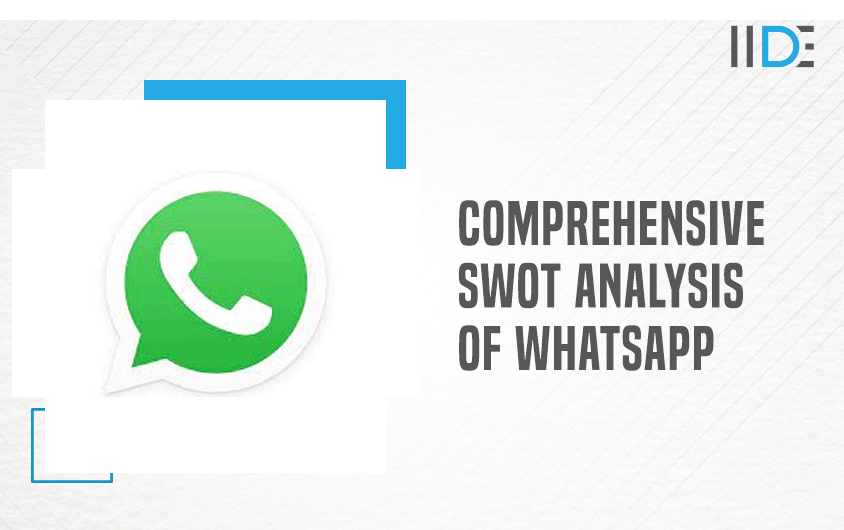 To better understand the reasons for WhatsApp’s continuous growth, we should understand its SWOT analysis, which is required for any business to survive and thrive in the market.

So, in this case study, we will learn about the SWOT analysis of WhatsApp. Let’s get started. 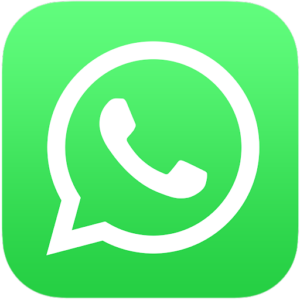 WhatsApp was then acquired by Facebook in 2014, but it continues to operate as a separate app with a singular focus on developing a messaging service that works quickly and reliably anywhere in the world.

WhatsApp employs a variant of the open standard Extensible Messaging and Presence Protocol (XMPP). When installed, it creates a user account with the user’s phone number as the username. WhatsApp software compares all phone numbers in the device’s address book to its central database of WhatsApp users to automatically add contacts to the user’s WhatsApp contact list. WhatsApp began as a messaging service that could be used in place of SMS. Their product can now send and receive text, photos, videos, documents, and location data, as well as voice calls.

Some of your most private moments are shared with WhatsApp, which is why they’ve built end-to-end encryption into their app. Behind every product decision is their desire to allow people to communicate freely and anywhere in the world.

Now that we’ve covered the company’s fundamentals, let’s look at its S.W.O.T analysis in the section below.

It’s an excellent tool for determining where the firm thrives and where it falters, designing countermeasures, and determining how the organization may expand. So, let’s look at WhatsApp’s SWOT analysis.

Strengths are an organization’s distinguishing qualities that provide it with a competitive advantage in acquiring more market share, attracting more customers, and maximizing profitability. Some of WhatsApp’s strengths are as follows:

Use of superior technology:

One of WhatsApp’s biggest strengths is its use of superior technology, as such platforms are completely reliant on the technology they use. There have been no major outages in the recent past, and WhatsApp has the best connectivity.

Because WhatsApp was one of the first to enter the instant messaging market, it has an early mover advantage with a loyal base.

In the social media business, the number of users on a platform is everything, and WhatsApp has already amassed a massive user base of over 2 billion users.

No major bugs in the application:

There have been no reports of serious bugs or technological failures in the application. Users demand and are getting a problem-free program for everyday use.

The app is available on all platforms, including iOS, Windows, and Android, making it accessible to everyone.

A company’s or brand’s weaknesses are elements that need to be improved. So let’s take a look at some of WhatsApp’s biggest flaws:

Data privacy is regarded as an ongoing concern for users. The company has yet to provide a complete solution to this problem.

Opportunities are places where a company might concentrate its efforts in order to enhance results, sales, and, eventually, profit. So, let’s have a look at what type of opportunities WhatsApp has to produce outstanding achievements.

Technology is being developed every day with new customer requirements and a company such as WhatsApp has the opportunity to develop and sell the products which this new customer generation aspires to.

The Huge customer database can open up new revenue streams:

Even in developing countries, increasing internet penetration is a great way for WhatsApp to reach a number of users.

Smartphone Adoption: The main advantage of WhatsApp is the global penetration and adoption of smartphones. This penetration has naturally aided the world’s leading instant messaging app.

Threats are environmental factors that can inhibit a company’s expansion. The following are some of WhatsApp’s threats:

Constant innovation in a competitive market:

The Internet is a wonderful tool; where new innovative ideas are generated on a daily basis. You never know which idea will destroy WhatsApp in which part of the world.

Anyone can come and make a wonderful product like WhatsApp because it’s not a heavy investment service. The barriers are minimal, making it relatively simple for other players to join in on the game.

Changes in regulations to address any negative effects of WhatsApp communication:

Every new technology has flaws, and you never know when someone will use a technology maliciously. This is always a threat until everything is fully proven.

Now that we’ve thoroughly explored WhatsApp’s SWOT Analysis, let’s wrap up the case study in the section below.

WhatsApp has become a popular social networking application used by people all over the world to exchange personal and business information. WhatsApp can be used as a complete solution for simple and cost-effective phone networking. Because WhatsApp is a cross-platform mobile messaging service, it can automatically sync to the address book, displaying all contacts who use WhatsApp.

We can easily get to know all of the same app users in our contact list and share information via WhatsApp. It is especially useful for those who are living abroad or far away from their hometown. Long-distance calls are quite expensive. WhatsApp is a free application through which people all over the world can communicate at any time and from any location.

The SWOT analysis performed by the company aided in the formulation of key recommendations, such as establishing a new vision and strategy and adhering to current performance indicators.

Did you find it informative? Do you want to learn more? Check out the knowledge portal on our website for more analyses. Furthermore, if you’re interested in Digital Marketing, IIDE’s Founder and CEO- Karan Shah’s Free Masterclass is an excellent place to begin.

Please share your thoughts on this case study in the comments section below. Thank you for taking the time to read, and if you found it interesting, please share it with your friends and family.