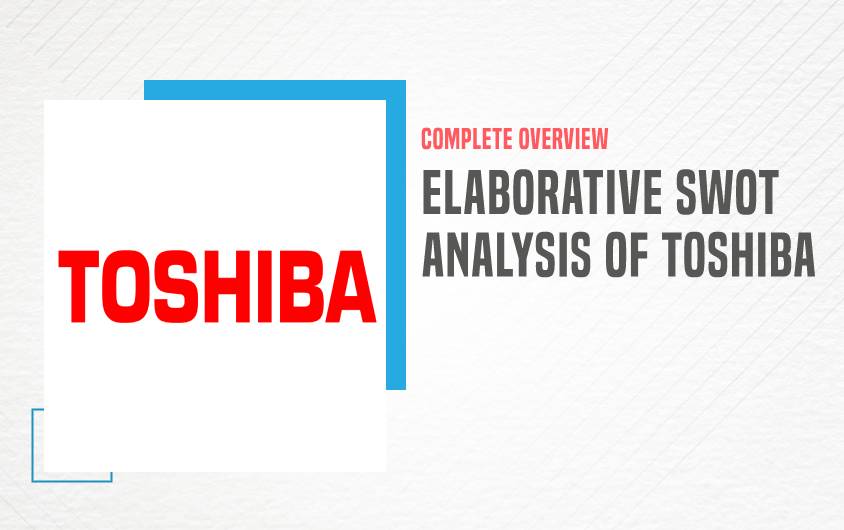 Toshiba is a world leader in the development of electric and electronic products, both in Japan and globally. In 1973, the company began investing in research and development.

So far, it has been able to maintain leadership in a number of innovations in its various markets. Its current trading name was introduced in 1984 to represent faster decision-making.

Toshiba maintains its leadership in the market by critically analyzing and reviewing its SWOT analysis. In this case study, we will learn about the SWOT Analysis of Toshiba and its background. Let’s get started.

Toshiba Corporation is a Japanese company which is headquartered in Tokyo. It operates in several countries and has a presence in a variety of industries.

In 1978, the corporation’s name was officially changed to Toshiba Corporation.

Toshiba is a well-known brand in Japan, and it has long been regarded as a symbol of the country’s technological prowess. It is a technology company with a long history and sprawling businesses. 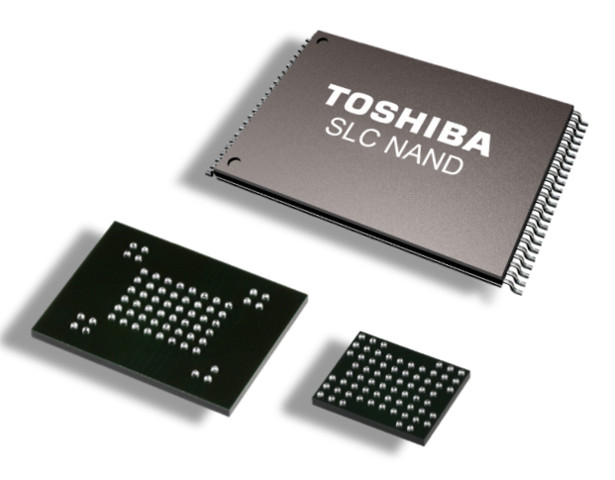 At the same time, the company decided to concentrate its efforts on semiconductors and its personal computer (PC) business. However, it also innovates in general consumer electronics products such as televisions and industrial technology equipment.

Toshiba’s businesses include digital goods, mobile devices, home appliances, social infrastructure, and nuclear power. Toshiba is the world’s seventh largest semiconductor manufacturer, which is one of its most notable achievements. Toshiba products are of high quality, and customers have complete faith in their performance.

Now that we’ve covered the company’s fundamentals, let’s look at the SWOT Analysis of Toshiba in the section below.

It’s an excellent tool for determining where the firm thrives and where it falters, designing countermeasures, and determining how the organization may expand. So, in the part below, we’ll look at the SWOT Analysis of Toshiba.

Strengths are an organization’s distinguishing qualities that provide it with a competitive advantage in acquiring more market share, attracting more customers, and maximizing profitability. Some of Toshiba strengths are as follows:

Toshiba has a diverse product portfolio, which is understandable given the company’s presence in so many industries. It has a huge selection of consumer durables, the majority of which are televisions. It is well-known in the IT industry for its semiconductor and storage services. Aside from products, Toshiba has a strong presence in services such as IT and telecommunications.

There’s a common proverb that you should not put all of your eggs in one basket. It appears that the proverb was intended for Toshiba. Toshiba is active in a variety of industries, including consumer durables, power systems, information technology, telecommunications,  appliances, and many more.

Over the years, the brand has demonstrated consistent marketing performance by utilizing a variety of marketing mediums. It has used marketing sparingly rather than bombarding the markets with advertisements. The messaging, on the other hand, has always been good, crisp, and clear.

As a technology leader, Toshiba holds numerous patents. It invests heavily in R&D and thus produces ground-breaking technology on a regular basis. It has over $300 billion in R&D investment and over 2500 patents in the United States, its home market.

The brand is worth a whopping $9.4 billion, making it a market leader. According to Forbes, the brand is ranked 727 out of all global brands.

Next in line with the SWOT Analysis of Toshiba we have its weaknesses. A company’s or brand’s weaknesses are elements that need to be improved. So let’s take a look at some of Toshiba weaknesses:

Toshiba is reportedly in a lot of debt as a result of a massive write-down in its nuclear division. As a result, many financial agencies have reduced the firm’s financial ranking. Toshiba Corporation has been downgraded by several financial rating firms in Japan and the United States as a result of these debt issues.

The graph below shows that the brand’s overall revenue growth has been almost stagnant in recent years. The income flow is constant, and there is no consistent growth year after year. If it grew one year, it fell the next.

Toshiba’s poor performance and lack of growth can be attributed to the fact that only a few segments perform exceptionally well for the company. Their top performers are power, consumer durables, and semiconductors. Other segments, on the other hand, are extremely weak.

One of the major factors working against Toshiba is that the United States, the major economy in which Toshiba operates, believes that Toshiba does not manufacture green machines.

In fact, its energy concentration is very low, and it ranks near the bottom in terms of energy conservation. This is a major concern for Toshiba in terms of its management objectives, as the world is shifting toward green energy.

Opportunities are places where a company might concentrate its efforts in order to enhance results, sales, and, eventually, profit. So, let’s have a look at what type of opportunities Toshiba has to produce outstanding achievements.

Semiconductors and storage media are the future business, as well as the support function for many other businesses such as laptops, servers, machines, and so on. As a result, continuous R&D in this segment can assist the company in maintaining its market share.

A major flaw in Toshiba’s marketing strategy is that, while it advertises and invests in marketing communications, the communications are not frequent enough, negatively affecting brand equity. Toshiba needs to spend a lot more money on branding if it wants to see results.

Increasing the overall consumer durable footprint in the consumer durable industry could be an excellent opportunity for Toshiba. This is an industry with a lot of potentials, and Toshiba can easily become a star.

Toshiba can expand its consumer durable presence by broadening its product line and length, as well as investing in advertising and branding. Toshiba will inevitably profit from the market because it is large enough.

The healthcare industry requires constant breakthroughs and innovation. Because Toshiba’s main competitive advantage is its technology, it can easily expand its presence in this sector where technological innovations are highly valued.

Last in the SWOT Analysis of Toshiba are its threats. These are environmental factors that can inhibit a company’s expansion. The following are some of Toshiba’s threats:

A major factor that can affect the firm’s internal growth is its debt structure and the risks it has taken, particularly in its nuclear industry presence. It has had to write off several assets and funds in the nuclear arm, which has severely harmed the overall company.

Due to poor performance, the company is unable to pay off this debt, and the debt is dragging it down. Toshiba must get out of debt by implementing a one-of-a-kind strategy, or else its very existence will be jeopardized.

The economy is one of the most important external factors for any business, and if it suffers a downturn, it may affect all businesses equally. However, the impact on Toshiba may be worse because the company is already in debt. As a result, a bad economy poses a significant risk to Toshiba.

The company is also suffering from competition from all sides. Despite the fact that Toshiba is a pioneer in several fields, competition exists in almost every industry where the company operates.

This competition could be branded and international, or it could be localized. Nonetheless, the competition is rapidly eroding margins and skimming prices that Toshiba can command as a result of its technological advances.

A major challenge for any technology-oriented company is a change in technology. Toshiba must realign itself with every new technological change brought about by the market. Toshiba is responsible for many of these technological advancements.

However, it must be dynamic in nature and adapt at all times. When the firm’s ability to innovate is hampered by the external or internal business environment, this can pose a threat to the company.

Now that we’ve thoroughly explored the SWOT Analysis of Toshiba, let’s wrap up the case study in the section below.

By focusing on manufacturing agreements with the world’s largest chip buyers, Toshiba can increase its profits and market share in the global semiconductor industry. They include companies such as Apple and HTC, which produce smartphones and tablets to meet the growing global demand for consumer electronics.

Furthermore, Toshiba can expand its innovations in other areas of consumer electronics, such as home appliances, where being innovative pays off in terms of increased demand for a company’s products. Working closely with clients allows the company to understand market demand and end-user consumer preferences.

Maintaining low manufacturing and R&D costs will ensure Toshiba’s survival and ability to fund its innovations for long-term competitive capabilities. The SWOT analysis performed by the company aided in the formulation of key recommendations, such as establishing a new vision and strategy and adhering to current performance indicators.

Did you find it informative? If so check out our SWOT Analysis on Hero Motocorp. Please share your thoughts on this case study in the comments section below. Thank you for taking the time to read this, and if you found it interesting, please share it with your friends and family.