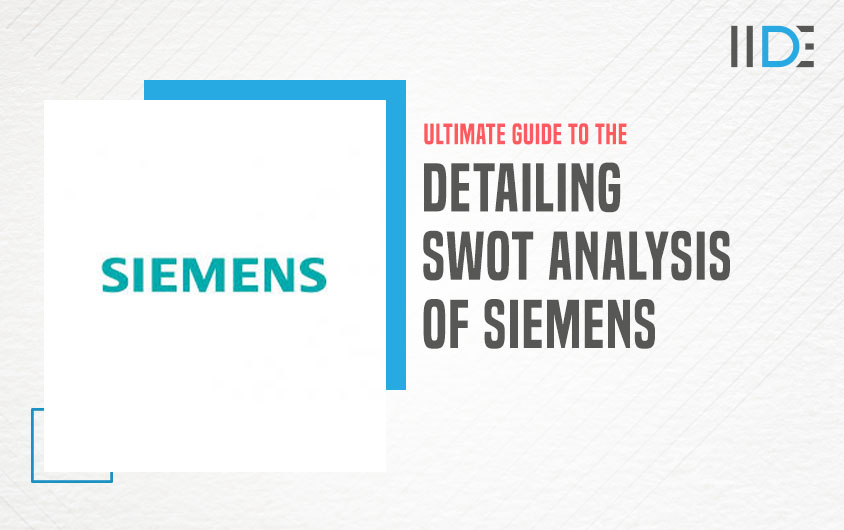 Siemens is the world’s leading producer of energy-efficient and resource-saving technology, with an emphasis on automation, digitization, and electrification. The firm is a pioneer in the field of industry infrastructure solutions.

In this blog, we shall discuss the SWOT Analysis of Siemens by covering its strengths, weaknesses, opportunities, and threats faced by the company. Let’s begin with learning more about the company first.

Siemens is a technology-based German company. It was founded back in 1847 by Werner Von Siemens and Johann Georg Halske. Having its headquarters in Munich, the company is widely spread in more than 200 countries. It operates with a commendable task force of over 293,000 employees. It is a conglomerate that is Europe’s largest industrial manufacturing company.

Starting back in 1847 and sustaining successfully for all these years is something to be learnt from SIEMENS Business Model. In 2020, Siemens’ revenue surpassed 57 billion euros. Their major competitors are – Hitachi, Alfen, Philips and Schneider Electric.

Siemens ranked No.1 for the fifth time in a row on the Fortune Magazine’s World’s Most Admired Companies list.

Now that we understand the company’s business and achievements, let’s dive right into its SWOT.

A SWOT Analysis is a technique for evaluating the four main areas of a business. SWOT stands for Strengths, Weaknesses, Opportunities, and Threats.

A SWOT Analysis can help to make the most of the firm’s strengths. Developers can also lower the chances of failing by recognizing what is lacking and removing any threats that would otherwise catch the company off guard.

So, let’s get to know about Seimens’.

Strengths are indications that the firm performs exceptionally well or in a way that sets it apart from its competition. The organization relies heavily on its strengths to sustain itself. Its major strengths include its worldwide presence, innovation, and its unique advertising. Let’s look at them in detail. 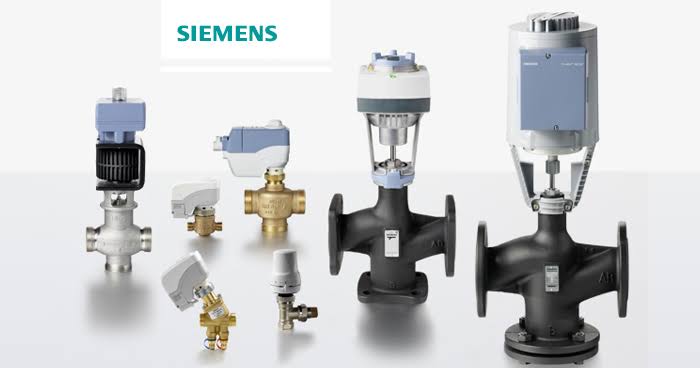 The organization’s weaknesses, like its strengths, are intrinsic aspects, so the company concentrates on its people, resources, systems, and procedures. It should consider what it could do better and what practices it should avoid.

Opportunities are potential avenues for growth and success that a company must capitalise upon. Opportunities frequently originate from conditions outside of the organization and necessitate planning for the future. 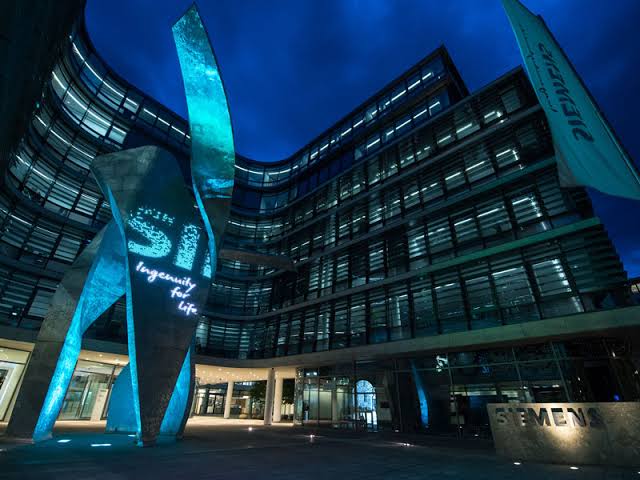 Threats include anything that can have a negative impact on the firm from the outside, such as supply chain issues, market fluctuations, or a recruitment shortage. Anticipating risks and taking action is critical before the company’s growth is hit.

Siemens has many competitors, yet it strives to achieve excellence. A detailed study on its SWOT analysis revealed that its major strength is that it is a global company and has so much potential for growth, and using its opportunities like keeping up with new trends digitally can resolve its weakness and strengthen its market position.

The future is digital and one needs to pace up and revolve its functioning digitally. The main marketing strategy used by Siemens is keeping a strong online presence on various social media platforms and selling its technology-based products and services online. This is how significant Digital Marketing is today. You can also upskill yourself digitally with IIDE. If you’re interested in Digital Marketing, our Free Masterclass on Digital Marketing Basics is a great place to begin.

Please let us know what you think about this analysis in the comments section below. Thank you for reading this, and if you enjoyed it, please share it with your circle.