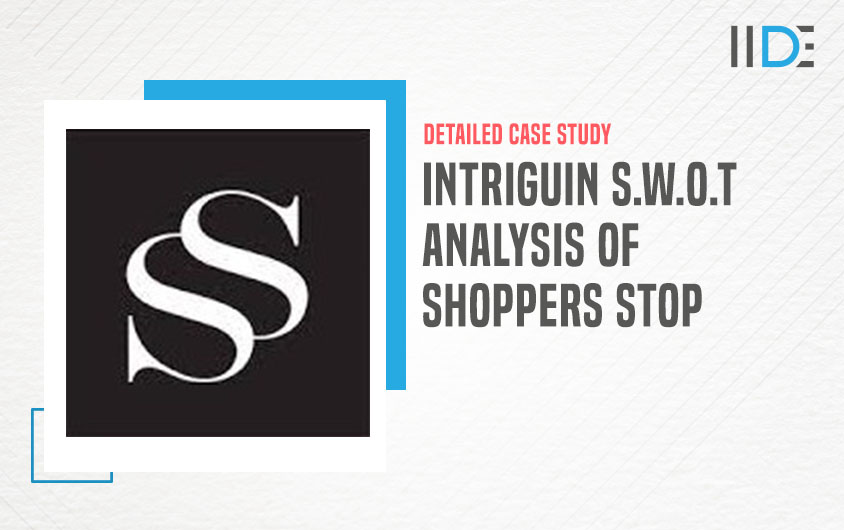 Shoppers Stop, India’s first department store, has evolved from a single-brand store to a fashion and leisure destination. They first opened their doors in 1991, and since then, have built a reputation for providing high-quality items that are attainable to everyone.

In this case study, we will look at the SWOT Analysis of Shoppers stop. We will review the firm’s strengths, weaknesses, opportunities, threats, and also dive into some of its competitors. 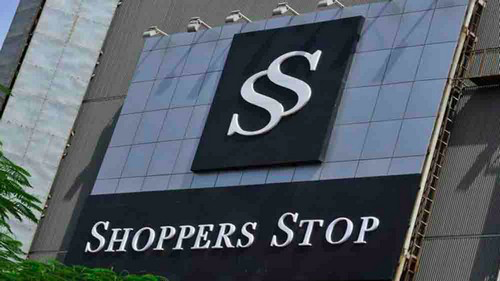 The K Raheja Corp owns the Shoppers Stop department store network in India. They began their venture in 1991, with the launch of their first store in Andheri, Mumbai. The company is the sole member of the ‘intercontinental Global Departmental Stores’ from India.

The store has been operating using a sales approach that is distinct from that of other comparable stores. Shoppers Stop emphasized strongly on selling products that may be purchased on the spur of the moment and are frequently inexpensive – a feature that has helped it maintain its market share ever since.

Clothing, accessories, jewellery, shoes, cosmetics, health and beauty goods, cosmetics, perfumes, décor products, and purses are all available at Shoppers Stop. It has long been recognised for its high-quality products, as well as its knowledge and reputation. 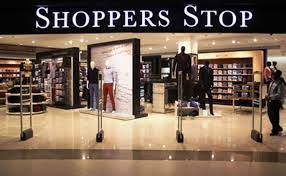 SWOT Analysis pushes a firm to look at its business and/or plan in many ways by taking several pathways. This approach demonstrates an idea’s or plan’s actual potential and, as a result, assists the firm in achieving its objectives in a strategic way with a rock-solid basis for corporate success.

Now that we’ve established the value of the SWOT analysis, let’s discuss Shoppers Stop usage of this tool.

Shoppers Stop is the most popular department store in India. They have established themselves as the industry’s top standard, yet they are up against stiff competition. Strengths are aspects of an organisation that contribute successfully or a system that distinguishes them from their competitors.

A Strength is any internal aspect of the organisation that delivers a clear benefit. So, let’s take a look at theirs.

Shoppers Stop has flaws, despite its notable status. Recognizing and addressing a company’s weaknesses is essential. It contributes to the company’s growth and market dominance.

Let’s take a look at some of its most grave weaknesses. 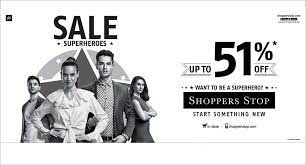 Opportunities are targets that must be hit in order for anything good to happen. These opportunities may appear in modest ways, but it is critical to recognize them in order for the firm to develop.

Here are a few opportunities for Shoppers Stop.

A threat is an inevitable factor that every company is bound to face. Not recognizing it can lead to the company experiencing a slump, thus it is a vital step to work on in every organization.

Let’s look into some of Shoppers Stop’s potential threats.

It is essential to consider relevant factors that guarantee a company’s success. We learned how Shoppers Stop improves its services to maintain its place in the retail sector through this in-depth SWOT study. Despite the rise of internet shopping and the variety of retail options available today, the firm recognised the threat and pushed to improve.

Shoppers Stop is up against several other well-known companies, including

To summarise, Shoppers Stop is a value-driven company that focuses on offering high-quality products while also increasing the bar. They’ve been increasingly popular in recent years as a consequence of marketing campaigns on a variety of social media platforms, including Instagram and Facebook.

Since most people prefer to buy online, Shoppers Stop competes with firms like Amazon and Flipkart. For the company to remain competitive and leading, they need to work around effective online shopping and establish stronger engaging social media promotion strategies.