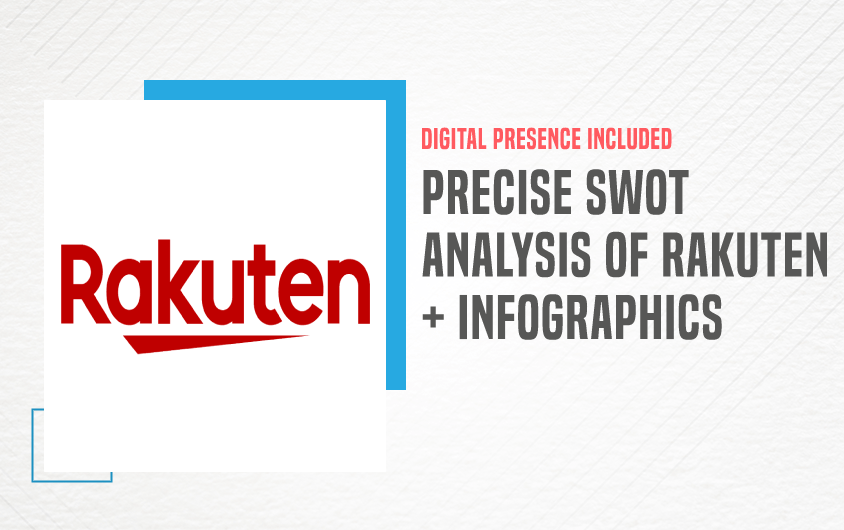 We previously discussed the SWOT Analysis of Taobao, the biggest entrepreneurship platform in China. This time, we’ll take a closer look at the SWOT analysis of Rakuten.

One of the world’s largest e-commerce & online retailing companies – Rakuten is an e-commerce and online retailing firm based in Tokyo, Japan founded by Hiroshi Mikitani (currently CEO) in 1997. They’ve been in business since 1997 and have been giving services for the past two decades. It is commonly referred to as Japan’s “Amazon”.

As digital marketing is an integral part of carrying out business online, it is so important for your business to have an online presence. If you are someone who would want to learn more about it, check out our free Masterclass on Digital Marketing 101 by the CEO and Founder of IIDE, Karan Shah. Hiroshi Mikitani launched Rakuten as MDM, Inc. on February 7, 1997. Rakuten Shopping Mall, an online shopping mall, first opened its doors on May 1, 1997. Six people worked for the company, and there were 13 merchants on the internet.

In June 1999, the company’s name was changed to Rakuten. “Rakuten” is a Japanese term that signifies “optimism.” Rakuten Group, Inc. is Japan’s largest e-commerce corporation and the world’s third-largest e-commerce platform. Rakuten can be used for e-commerce, e-reading, travel, banking, securities, MasterCard, e-money, portals and media, online marketing, and professional sports by both consumers and enterprises.

With operations in Asia, Western Europe, and the Americas, the corporation is currently expanding globally. Over 1.5 billion people around the world benefit from their 70+ businesses, which include e-commerce, digital content, media planning, communications, and FinTech.

Bonus Tip: E-commerce, digital content strategy, media planning are all tools and techniques of digital marketing which you can learn from IIDE 13+ short term courses in digital marketing taught by digital industry experts. Learning these skills are not only proven to upgrade your knowledge about digital marketing but will also provide you with immense career growth and future opportunities. So, do check out for your benefit. Some of the services provided by the Rakuten group of companies are as follows.

Rakuten competes with a slew of other companies on a global scale. Rakuten’s top five competitors are:

Now that we’ve understood the company’s core businesses. Let’s move on to the SWOT analysis of Rakuten

A SWOT analysis helps in the identification of a company’s strengths, weaknesses, opportunities, and threats. Rakuten may compare its company and performance to competitors and the industry as a whole using this tried-and-true management model. It’s a great tool for figuring out where the firm shines, where it falters, devising countermeasures, and figuring out how to grow.

To better understand the SWOT analysis of Rakuten, refer to the infographics below: 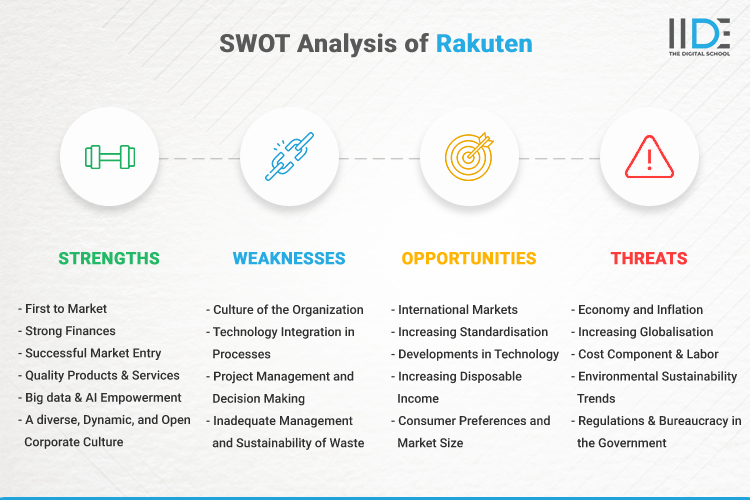 From the SWOT analysis of Rakuten, let us first begin by understanding the strengths of Rakuten.

Rakuten’s strengths are its capabilities and resources, which it can use to gain a long-term competitive edge in the marketplace. 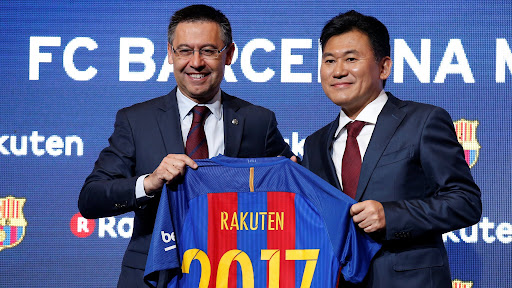 Weaknesses are elements of a company or brand that can be strengthened. The following are Rakuten’s key flaws:

Opportunity is a competitive advantage and a driving force for a company. It is the most convenient time or setting in which the organisation can achieve its goals.

Threats are the factors that make it difficult for the organization to achieve its defined goals. The following are some of Rakuten’s threats:

This concludes our in-depth SWOT analysis of Rakuten. In the next section, we’ll go through a quick overview.

Rakuten is a well-known technology corporation with a global footprint. The SWOT Analysis of Rakuten shows that the company is in good financial shape and can exploit opportunities faster than competitors by exploiting internal strengths. It has the potential to provide important data for the development of sound company strategy. It allows Rakuten to maximize its strengths, overcome weaknesses, decrease threats, and take advantage of opportunities. Rakuten can identify key capabilities, make market estimates, and prepare for the future.

Rakuten has a great scope of expanding its business globally using its marketing skills as it is already winning its customers through its unique marketing strategies.

In today’s digital era every company needs to have a great online presence and innovatively market its products and services just as Rakuten is doing. If you are someone who would like to learn interesting digital marketing skills, check out IIDE’s 3 Month Advanced Online Digital Marketing Course and register today!

We hope that this blog on the SWOT analysis of Rakuten provides you with a clear understanding of the company’s strengths, weaknesses, opportunities, and threats.

If you like to read such insightful and extensive analyses of companies just like the SWOT analysis of Rakuten then you can find more such interesting case studies on our IIDE’s knowledge portal.

Thank you for taking your time out to read this. Hope you found the case study on the SWOT analysis of Rakuten informative and insightful. Share your views on it in the comments section below.