Nike is a brand used by almost every sportsperson for sports essentials and especially a brand that is the favourite of sneaker lovers. Nike Inc. is a multinational company that is involved in footwear, appliances, equipment and services planning, design, development, manufacture, and international marketing.

Ever wondered how Nike became so successful and what strategies it uses? Then you have landed on the correct place because in this blog we will have an in-depth discussion on the SWOT Analysis of Nike, covering its strengths, weaknesses, opportunities, and threats of Nike.

So let’s begin with a brief introduction about the company Nike. 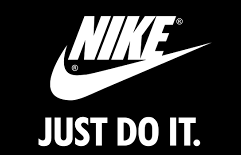 Did you know that “Nike” was not the first choice when it comes to naming the company? Yes, that’s right, Nike was originally named as “Blue Ribbon” when it was first founded on January 25, 1964, by Bill Bowerman and Phil Knight and officially became Nike Inc on May 30, 1971. Nike refers to the Greek Goddess of Victory.

The company was founded on the principle that it might make shoes for anyone who could walk or run and this has been the guiding philosophy behind Nike. The slogan of Nike is “Just Do It” which portrays the brand’s aim and vision too.

Now since you’ve got a hand at what the company is and the basic information of the same, let us move forward to the SWOT analysis of Nike.

SWOT represents strengths, weaknesses, opportunities, and threats and SWOT analysis can then be used to evaluate these four components of your enterprise. One can use SWOT Analysis to form the foremost of what the organization has, for the organization’s best advantage and to scale back the probabilities of failure, by understanding what is lacking and eliminating hazards.

Moving on to the SWOT Analysis of Nike, let us begin with the Strength of the company.

For significant and famous companies like Nike, it’s essential to understand their strengths. It is their strengths that have helped them to succeed in one of the highest positions. 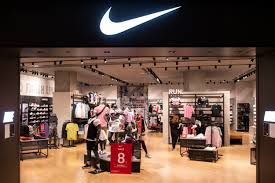 Nike is the world’s no.1 shoemaker for a reason because it manufactures different shoes for different purposes and sports according to the need of the particular activity, which in turn gives the customer a sense of the personalized experience of the product.

When it comes to research and development, one would believe that Nike has a strong hand over it since it has evolved and innovated its products so much, right from the beginning till today. The company also tries to manufacture the products with high quality at the lowest prices possible.

One of the main highlights of Nike is its ‘swoosh’ sign. This sign is so evident on the products and so well known among the people worldwide, that anyone can easily spot a Nike product from some distance as well, may it be a backpack or even shoes.

Nike is very smart and skilled when it comes to marketing and advertising campaigns. It promotes its products through sponsorship agreements with celebrity athletes and professional sports teams which in return gives them a very good exposure by helping in giving strong brand awareness and they also have received a lot of praise for their products through sponsorship.

Nike is associated with several NGOs and it also has NCIF (Nike Community Impact Fund). Over the past several years, Nike has invested more than $400 million to make a difference around the world by proudly supporting and partnering with national and local organizations that specialize in education, leadership development, coaching, getting kids active, mentorship, and other community-based initiatives.

Everything has pros and cons, similarly, just like every other brand/company, Nike also has some weaknesses. Let us take a closer look at what are the weaknesses of Nike.

Nike’s footwear business is virtually entirely driven by it, and as a result, the footwear market accounts for the lion’s share of its revenues, tying it to this segment for survival. In these epidemic times, it’s not a good idea to be unduly reliant on a single segment, thus Nike needs to diversify horizontally as well as vertically, including garments and other accessories.

The retail sector is very price sensitive. However, most of its income springs from selling to retailers. Retailers tend to supply a similar experience to the buyer. The retailers get uppercut margins which is why this is one of the most significant weaknesses of the company.

There are several allegations against Nike regarding their poor labor conditions in several countries. They are also affected by controversies, like harassment and lawsuits. The constant highlight of their negative criticism is one of the reasons which might hamper the expansion of their business to some extent. The term “sweatshops” is used to criticize the deplorable working conditions in its overseas manufacturing plants.

Though Nike is taken into account as one of the highest brands, the retail market, especially for sports apparel, is very competitive. Several high-degree brands are striving for their way to the top. But every company/brand has an opportunity to seize the top position. Let us take a look at opportunities that are available for Nike – 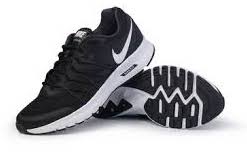 Since Nike is associated with several NGOs, apart from doing good for the community, Nike can do good for the environment too. It can involve its R&D team in collaboration with some small upcoming startups for the same and manufacture some innovative recycled products. It will not just save their cost but also send a good message to the people out there.

With the increasing trend and craze in the upcoming youth for Nike products, the brand should innovate its segment in manufacturing fashionable apparel, shoes, accessories, etc rather than just focusing it on sports purposes. Because not everyone is associated with some sport and would want to buy Nike products for comfort/fashion trends too. Especially with its market increasing in India and China, it should start focusing on the next new users who might be looking for something more than just sport essential purposes.

When a company/brand gets involved in controversies there are high chances of its reputation getting tarnished and seeing a decline in the growth of the company. So, since Nike has ongoing controversies about sexual harassment and labor treatment, the upper authorities should take steps to clear that image of the company and further strengthen the workforce too and regain people’s trust.

Several risks might harm a company’s business in a sector like sports retail, where competition is fierce. Recognizing them from Nike’s SWOT analysis can help the company to take several strategies that will negate them. It will enable them to focus on their expansion potential.

With consumers growing more price-conscious and retailers seeking bigger margins, the prolonged recession has taken a significant toll on Nike. Nike has found it difficult to compete due to a mix of retailing in third-party shops and other companies lowering pricing. The post epidemic economy is creating the wrong time for most companies. Even top brands like Nike cannot stand back from the consequences. The budget pressure thanks to the low economy can adversely affect their growth.

Due to allegations against higher management, poor labor treatment, and uneven product quality, the company’s brand reputation is constantly under threat. Nike must restore its image, which has been tarnished by accusations of unfair business methods in its international stores. Already, it had to pay an important price (monetarily also as metaphorically) because the emerging generation of consumers are socially and environmentally conscious which suggests that they might not like to buy such a product.

The fact that the corporation features a global supply chain means it’s subject to international trade practices including labor strikes in its overseas locations, currency fluctuations that decrease its margins, as well as no control over the geopolitical events happening around the world which can disturb its global supply chain. It buys and sells in different currencies which is the reason that the costs and margins are ambiguous over long periods. Nike may be manufacturing and/or selling at a loss as a result of this risk.

Finally, now we have been very well aware of Nike’s strengths, weaknesses, opportunities, and threats. So, let us conclude our case study.

To conclude we can say that, even if Nike has a lot of strengths and has created a huge customer base by emerging into people’s favorite sport/shoe brand, there are still quite a few places where Nike needs to up its game to continue being successful in the future as well.

The company needs to take care of its product quality. In the countries that are using outsourcing for product development, they need to have specific guidelines to ensure that their quality is good. Nike must not show a lenient attitude when it comes to charges charged on their higher authorities or getting involved in a controversy because workplace sexual harassment is a severe accusation. The company should investigate such charges on their level and take the required steps. It will help restore their image and get rid of the negative image from the minds of people.

Found this case study on the SWOT Analysis of Nike insightful? Want to gain more knowledge about some more renowned brands or companies? Then do check out our knowledge portal for more blogs and case studies on recent topics and famous brands. Also, want to keep up with the latest methods and ways to digitally market for your brand? Join us for a FREE masterclass with the Founder and CEO of IIDE himself, Mr Karan Shah. For any queries/feedback or more information about courses on digital marketing visit our website.

Thank you for taking the time to read this case study. Please let us know what you thought of our solutions and content in the comments section below!