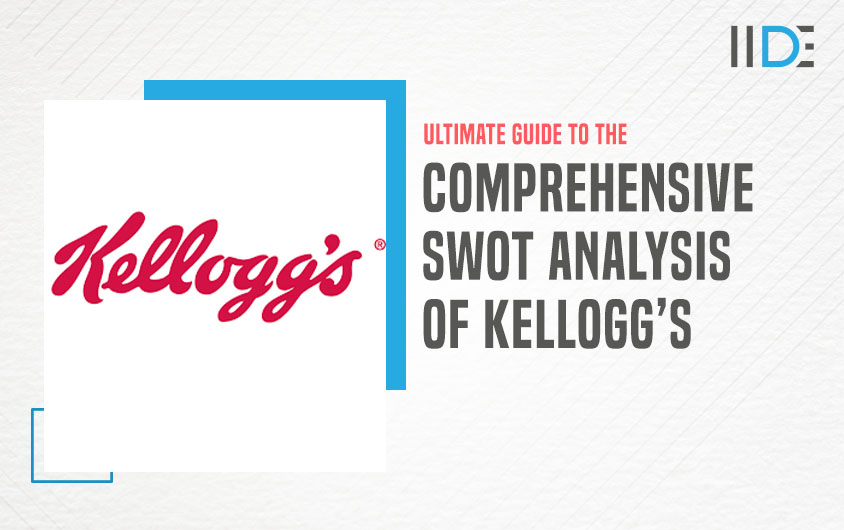 The Kellogg Company, also known as Kellogg’s, is a global food manufacturing corporation based in Michigan, United States. Kellogg’s products are made and sold in more than 180 countries.

In this blog, we shall talk about the SWOT Analysis of Kelloggs that covers its strengths, shortcomings, opportunities, and dangers in depth. Let’s begin with a brief overview of the company first.

The journey starts with the soil, a seed, and a vision of giving the food a new start along with protecting the natural places and the people involved in it. Kellogs is an American-based multinational food manufacturing company. Its home base is in the United States.

Their products are manufactured in 18 countries and marketed over 180 countries. It is also a leading company for producing Ready to Eat Meals. Dr John H.   A method of producing crunchy, flavourful flakes of processed grain was developed by Kelloggs. By the beginning of the 21st century, Kellogg had reorganized its business into four categories: ready-to-eat cereals convenience and snack foods such as granola bars; cookies and cracker products, and frozen breakfast food In 2001, Kellogg purchased Keebler Foods. Kellogg includes North America, Europe, Latin America, Asia, and Australia.

In this analysis, you will be going through some internal factors such as strengths and weaknesses and external factors like opportunities and threats of Kellogs.

Kellogg’s has been in a leading position for manufacturing cereals for the last hundred years. It has been a leader in health and nutrition by providing consumers with a wide variety of food products. It became the world’s 2nd largest snack producing company in the world.

As it became the world’s 2nd largest snack food company and as they are concerned about people’s health, they always offer healthy breakfast for all age groups which is different from other food supplying companies. It introduced Chocos Fills (centre-filled pillows) in different formats and sizes at various price points.

A brand can be strongly established if its aim is perfectly followed by all. Their aim is their strength. Its vision and company aim is to enrich and delight the world through food and brands that matter which was refreshed in 2012. That is supported by means of Kellog’s reason of nourishing families with a purpose to flourish and thrive. 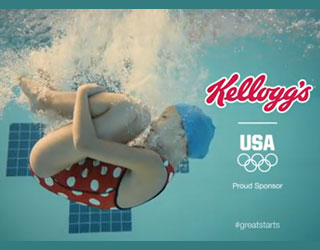 To demonstrate their devotion to people, they are one of the first companies to publicly post their cereal recipes and nutritional information on their boxes, ensuring that customers know exactly what they are eating.

A brand marketing campaign puts your company‘s tale and message in front of an audience, with the goal of growing logo consciousness and enhancing emblem equity inside the thoughts of the patron. Kellogs became the main sponsor of swimming in Britain which was a great marketing opportunity offer combining. To contribute to the communities by concentrating on nutrition and physical exercise. Kellogg Cornflakes are not only appealing in outlook and contents, its free cereal boxes are also appealing to customers.

Innovation is something “new” and refreshing that’s never been seen before. Although the market is overloaded with so many local, national and international brand. But despite this extent of competition, Kellogs is not able to seize the development market.

Some of the campaigns were questioned by the press which was prompted by an increase in consumer awareness of the mismatch between the marketing messages and the products themselves which resulted in negative word of mouth.

The company currently possess a net worth of 13.77 billion dollars. Its shares have been decreased by 6.75$ in the last 3 months and until they pay down the debt, it will weigh heavily on their own business. Kellogg’s most recent financial statement shows total debt at $8.45 billion, with $6.93 billion.

With the growth of the urban population, their restless & changing lifestyle people are looking for some easy meals to suppress their hunger & save their time which is pushing forward the growth of the cereal industry.

Kelloggs have been working together with renowned chefs to produce cereals with new ingredients and new flavours. Kellogg Company has launched new products or variants in “ethnic” flavours like Chef Ranveer Brar has cooked special recipes for India’s thandai-flavoured corn flakes.

Though Kellogs has many products for children and women, it is still lacking behind in cereals for men, it can think of bringing a new product in the market for men. They can innovate protein-based cereals for men which can be consumed with water or could be taken in raw form. 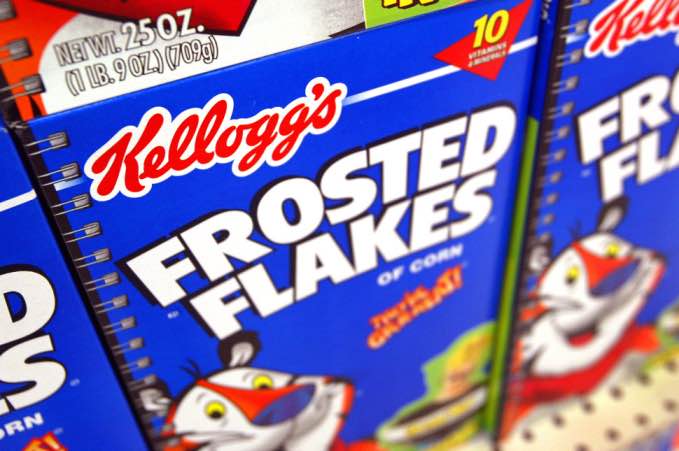 Tribals in southern Scandinavia claimed that it contains some toxins such as Special K which would result in young children being at risk for liver and kidney damage. The cereal doesn’t have enough fibre, fresh fruits or vegetables, and a way to keep you motivated and accountable.

With the growth of the urban population, people who work in offices have less time, thus they are turning to “Take away outlets” to save time.

When consumers understand an advert to be controversial, they expand bad emotions towards the brand and its merchandise, and those unfavourable emotional states affect the corporation‘s popularity Fake imitations of food products or shopkeepers keeping products beyond expiry can be a threat for Kelloggs because it’s highly affecting its image. Kellogg’s ran an advertising campaign for Special K cereal that made it seem like it was a super porridge.

If you like this case study on the SWOT Analysis of Kelloggs and want to check out more such blogs, click here