Ferrero Rocher is Italian chocolate and hazelnut dessert made by Ferrero. The confectionary is machine-made, and much of the manufacturing process is kept hidden. The Ferrero Rocher wasn’t introduced until 1982, and it wasn’t released in the United States until 1985, but it swiftly established itself as premium chocolate sold in drug stores and grocers in over 100 nations.

In this blog, we will cover the SWOT analysis of Ferrero rocher and examined the company’s strengths, weaknesses, opportunities, and threats about one of the most wonderfully packaged and tasty chocolates on the market – Ferrero rocher. Ferrero rocher is a well-known food and beverage company.

In Europe, Ferrero Rocher first appeared in 1982. Production was halted shortly after its debut owing to a label printing difficulty. The chocolate was named after a cave in Lourdes’ Roman Catholic shrine, Rocher de Massabielle, by Michele Ferrero, the claimed inventor. The word “rocher” means “rock” or “bluff” in French.

The family firm has always resisted any outside collaboration or stockholders, preferring to maintain privacy in management and focusing on internal development. The relationship between the company and its employees, which is ingrained in Ferrero’s principles and culture, is another key to success. Despite its independence, Ferrero intends to expand its operations, particularly in Asia and the American market, as European sales are increasing. There are several varieties, with Ferrero Fresco Mint being the only one that has been discontinued so yet.

Consumer lifestyle changes, increased migration, a stable economy, simple availability through e-commerce delivery methods, and cosmopolitan culture are all elements that are propelling the Confectionaries market forward. Although local/domestic companies compete directly with foreign companies due to a greater grasp of market demand patterns, multinational corporations strive to modify the taste and preferences of companies through a simplified delivery route. 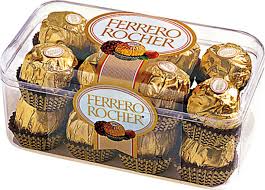 Ferrero rocher’s SWOT analysis examines the company’s strengths, weaknesses, opportunities, and threats about one of the most wonderfully packaged and tasty chocolates on the market – Ferrero rocher.

The company has a strong brand name, such as Tic Tac mints or Ferrero Rocher, and it created its own unique product, Nutella hazelnut paste, which has a global reputation. Ferrero also understands how to form strong bonds with customers that are beneficial to the company’s expansion. Ferrero places a premium on quality and customer happiness. Ferrero established a value chain of operations to assist create additional value and gain a competitive advantage in order to achieve these goals. SWOT Analysis is a tried-and-true management pattern that helps a firm like Ferrero Rocher to assess its business and performance in comparison to competitors and the industry. Ferrero Rocher is a well-known food and beverage company.

I’ll leave you with IIDE’s free Digital Marketing MasterClass to get started if you want to learn more about IIDE and digitally upskill yourself in these crucial times.

We hope you learned something new about Ferrero Rocher SWOT analysis from this blog. If you enjoyed it, please share it, leave a comment, and visit our other blogs!

Thank you for reading!