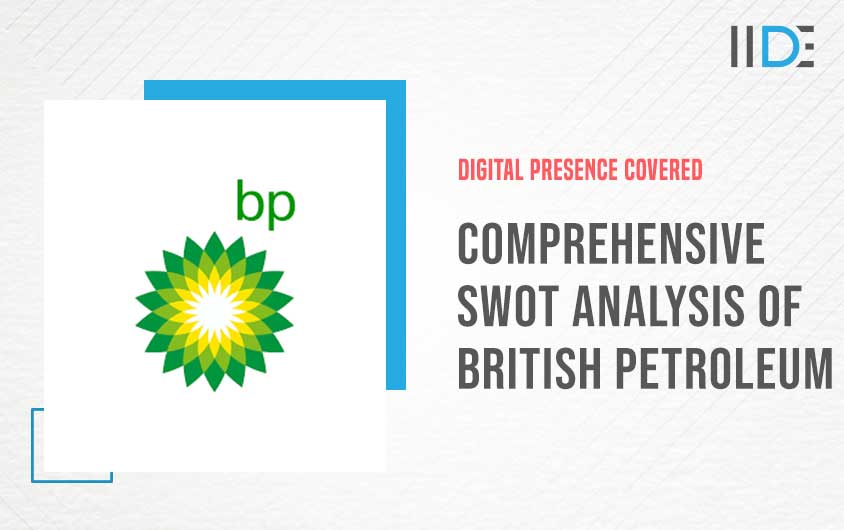 British Petroleum is one of the world’s seven oil and gas majors, it is currently providing its services in 80 countries and is involved in all activities including refining, production, exploration and distribution.

In this blog, we will know more about the company and explore its strengths, weaknesses, opportunities and threats, that is SWOT Analysis of British Petroleum.

British Petroleum – Founded in 1909 by Mr William Knox and Charles Greenway. It has its headquarters in London, England. Also known as BP in short, it is a public limited company operating vertically in all segments of the oil and gas industry and is listed on the NYSE.

It has its largest unit in The United States and has a large market share in other countries like Russia and the United Kingdom as well. To know more about the company read this article.

The company has a subsidiary British Petroleum India owing to a 30 per cent stake in the market. It is operated by Reliance Industries and has Mr Vinod Tahiliani as its CEO. The company is a huge employer and it is growing larger day by day. It is planning to open a new centre in Pune, to know more Click here.

Now that we have a clear knowledge about the company, let us understand its product lines and target audience.

The company has 2 major product lines- oil and gas, under these they have the following products-

The target segment for the company is majorly medium and high-class people, who use automobiles daily and petroleum is a necessity for them. It produces different quality petroleum products for different sections like high-quality gasoline for rich people and beginners who buy cheap gasoline to save money.

Other than these different airlines are also a customer base for the company as it provides aviation fuel. BP is expanding its reach and entering new markets as petroleum and gas is a necessity and is required everywhere.

Now that we have a brief knowledge about the products and target segment of the company. Let us dive into the SWOT analysis- 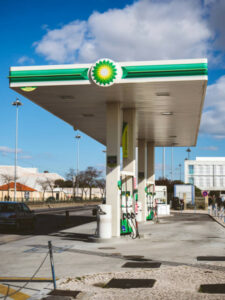 SWOT analysis is a framework for analysing and identifying a company’s strengths, weaknesses, opportunities and threats. It helps in identifying where a company is lacking, and what are the opportunities for a company so that it can work accordingly and minimize its risk.

A company will not have complete control over all the factors like it can work on its weaknesses by identifying them and can grow themselves with its strengths, but opportunities and threats are not in their control as these factors are not predictable.

To understand it in detail, let us look at SWOT analysis for British Petroleum

Now let’s sum up the SWOT Analysis of British Petroleum

British Petroleum is a profitable company till date despite all the odds. It is usually blamed for exploiting natural resources and causing large-scale environmental damage but political forces have always supported the company. They have funded research on alternative energy sources and are working on it which is a major threat for them and if they continue to work on them and grab every opportunity, turn it to their strength then their growth is inevitable.