The Bank of Baroda (BOB) is a government-owned financial institution that offers services such as personal banking, commercial banking, and corporate banking. It is largely active in India. The Bank of Baroda is headquartered in Gujarat’s Baroda. It has grown by leaps and bounds as a result of multiple acquisitions and continual branch and network expansion.

To better grasp the causes behind Bank of Baroda’s continued growth, we must first comprehend its SWOT analysis, which is necessary for any company to survive and thrive in the market.

In this blog, we will take a look at the SWOT Analysis of Bank of Baroda. So, let’s get started.

About Bank of Baroda 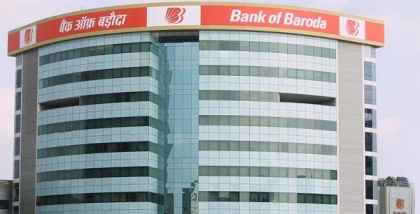 On July 20, 1908, Maharaja Sayajirao Gaekwad III, the Maharaja of Baroda, established the Bank of Baroda.

The government of India nationalized the bank, along with 13 other major commercial banks in India, on July 19, 1969, and declared it as a profit-making public sector business (PSU).

It is now under the control of the Government of India’s Ministry of Finance. On September 17, 2018, the Indian government announced the merger of Bank of Baroda, Vijaya Bank, and Dena Bank to form the country’s second-largest lender. The merger is the country’s first three-way bank consolidation, with a combined business of Rs 14.82 trillion.

Its mission is to be a top-ranked National Bank of International Standards dedicated to increasing the value of stakeholders through concern, care, and competence.

Now that we’ve reviewed the company’s fundamentals, let’s look at Bank of Baroda’s S.W.O.T analysis in the section below.

SWOT Analysis of Bank of Baroda

A SWOT analysis resonates a company’s strengths, weaknesses, opportunities, and threats with those of its competitors.

It’s an excellent tool for identifying areas where the company excels and areas where it falters, devising countermeasures, and determining how the organization can grow. So, in the section below, we’ll look at Bank of Baroda’s SWOT analysis.

Strengths are the distinguishing characteristics of an organization that provide it with a competitive advantage in increasing market share, attracting more customers, and maximizing profitability. Following are the Bank of Baroda’s strengths:

As India’s second-largest bank, Bank of Baroda has a diverse branch network mix that allows for low-cost resource mobilization. Bank of Baroda has over 5,330 branches across the country and has a presence in rural India with approximately 1,964 branches.

Bank of Baroda offers a comprehensive range of banking services and financial products, many of which are used by its clients.

Bank of Baroda’s operations is supported by a number of government accounts. Railway pensioners, for example, receive their pension from Bank of Baroda accounts. Similarly, some government profiles require a government bank account in order to get a salary or pension, in which case the Bank of Baroda has an advantage over private banks.

As of March 31, 2016, the Bank of Baroda has a good capital adequacy ratio (CAR) of 13.2 per cent. The bank’s total assets were at INR 305,860 million. The bank’s solid capital position allows it to maintain its solvency levels even in the face of challenging market conditions.

Weaknesses in a company or brand are elements that must be improved. So, let’s look at some of Bank of Baroda’s major weaknesses:

NPA growth is surpassing advances at the Bank of Baroda. BOB’s NPA was 9.9% of total advances in the Financial Year of 2016. The bank’s non-performing assets (NPA) have increased from 0.9 per cent in 2009 to 5% in 2016. NPA growth is outpacing the advantages of growth.

Bank of Baroda is among Asia’s top 25 banks, although it is overly reliant on its Indian market, accounting for 89.6% of total revenue. When compared to the top ten largest banks in Asia, BOB’s contribution of operations to revenue and earnings is quite low. The lack of a global presence increases the risk of doing business.

Several workers from the Bank of Baroda and HDFC have been caught up in a Forex scam throughout the years. Even the Reserve Bank of India sanctioned Bank of Baroda for a forex scam involving close to 6000 crores of rupees. Other scams involving bank workers were also reported. These hinder the trustworthy image in the minds of consumers.

Opportunities are areas where a company’s efforts can be focused to improve results, sales, and, eventually, profit. So, let’s take a look at the opportunities Bank of Baroda has, to deliver exceptional results.

As India’s business confidence has improved, the RBI has transitioned from an expansionary (low interest) to a more calibrated monetary policy (high-interest rate). This will help Indian banks increase their net interest margins.

Online currency transactions are becoming more common, especially since demonetization and the creation of platforms like the BHIM app. BOB can increase the return on IT investment by boosting the adoption of E-transactions.

Threats are external factors that can impede a company’s growth. Some of Bank of Baroda’s threats are:

The Reserve Bank of India has authorized foreign banks to invest up to 74 per cent of their assets in Indian banks. This permits competition to raise capital from overseas banks while also putting pressure on India’s current large public and private sector banks.

Bank of Baroda is an Indian state-owned international banking and financial services firm. It is India’s second-largest bank, after the State Bank of India. It has been a nearly century-long and dramatic voyage across 21 countries. It’s a narrative of vision, ambition, financial prudence, and corporate governance that began in 1908 with a tiny building in Baroda and continues today with the new hi-rise and hi-tech Baroda Corporate Centre in Mumbai.

We hope that this government bank will grab the opportunities and minimize the threats to become the largest bank of India in the coming years. The SWOT analysis Bank of Baroda performed aided in the formulation of key recommendations, such as establishing a new idea and adhering to current performance indicators.

Please share your thoughts on this case study in the comments section below. Thank you for taking the time to read this, and if you found it interesting, please share it with your friends and family.