MuscleBlaze Marketing: How They Are Winning In The Fitness Community

MuscleBlaze is a sports nutrition brand from India that provides supplements for weight gain and weight loss. Wanting to capture the 1,200 crore protein supplement market in India, it prides itself on making supplements that are FSSAI approved and made from the purest ingredients.

To generate brand awareness and loyalty, MuscleBlaze came up with two incredible marketing campaigns over the course of one year. These generated a LOT of buzz within the Indian fitness community (and outside).

The first digital campaign by MuscleBlaze came out in July 2017 called #TumNahiSamjhoge (You Won’t Understand).

The Muscleblaze marketing campaign kick-started with a hard-hitting film that presented the quiet discipline and dedication of fitness freaks that they don’t expect the rest of the world to understand: #TumNahiSamjhoge 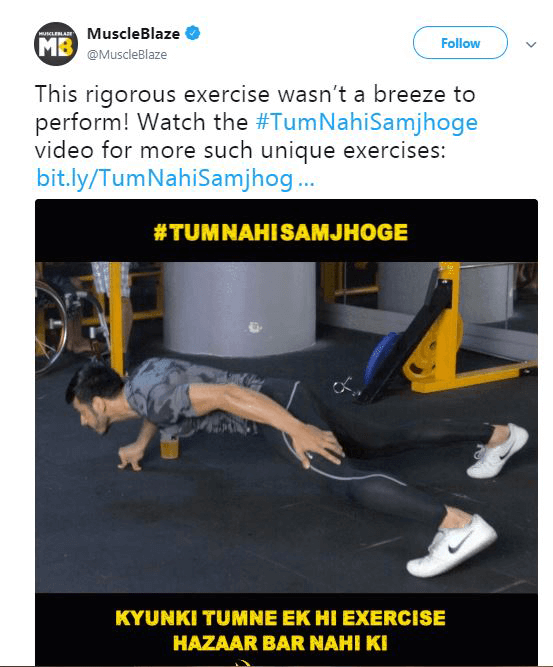 The campaign successfully managed to get inside the minds of serious gym goers without isolating the non-gymmers.

The 2.2 minutes film was released on YouTube and garnered more than 5 million views! A big achievement for the company’s first ever digital marketing campaign.

A 30-second video advertisement was also created for TV as the film was so hard-hitting and beautifully made.

Concurrently, a #TumNahiSamjhoge contest was started on social media urging people to share their fittest photo. 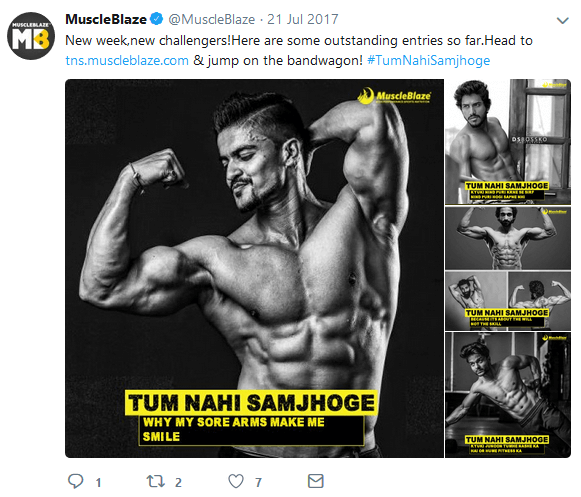 Winners of the contest would receive supplements worth Rs 20,000 for 15 winners and a grand prize of a professional photoshoot with a reputable photographer. The contest received an impressive 8,000 entries! The photos were also featured on the site’s dedicated microsite. 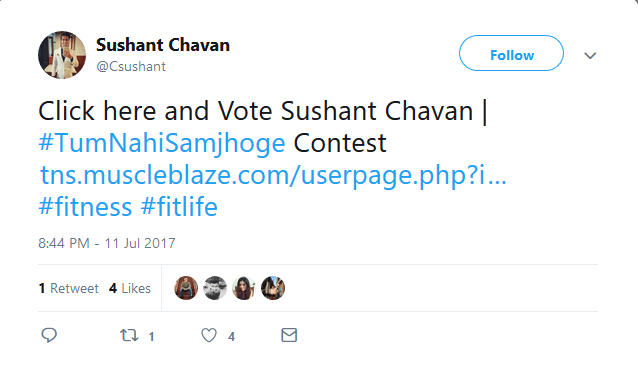 MuscleBlaze created video and static posts that promoted the #TumNahiSamjhoge film and contest on all social media platforms.

Every week for 3 weeks, MuscleBlaze dedicatedly announced 5 winners of the contest.

Thakur Anoop Singh, former Mr. Asia (2015), Mr. World (2015) and gold winner of the 7th WBPF World Bodybuilding Championship, and Tarun Gill, from Tarun Gill Fitness, were brought in as the celebrity influencers for the campaign.

The influential muscle of these guys is off the charts. Anoop Singh’s Instagram account now has a following of 1 million. Tarun Gill, primarily a youtube influencer flexes more than 500k video subscribers and 100k Instagram followers.

We got in touch with the marketing team at Medulla Communications, the digital agency for the campaign #TumNahiSamjhoge, and received the following insights on campaign performance:

The campaign received over 9,000 images on their microsite in just 3 weeks and over 4,000 videos were generated on YouTube.

On the website, users spent 7x more time on it than the average website and there were 23% repeat customers as compared to the average of 5%.

Brand searches on Google increased by 2.5x and brand consideration went up by 25%. According to Facebook Ads, MuscleBlaze marketing activities caused a 10% increase in brand favorability by and 20-30% month-over-month revenue growth.

The website received 40-45% more user traffic than the usual response during a month.

Their first campaign was obviously a huge success and achieved its aim of brand awareness!

After the tremendous success of their first campaign, the company knew their second campaign had to be bigger, better, and badder.

#ZiddiHoonMain (I Am Stubborn), that came out in March this year. The team successfully achieved the next step to establish MuscleBlaze as a brand that truly understands all fitness enthusiasts. 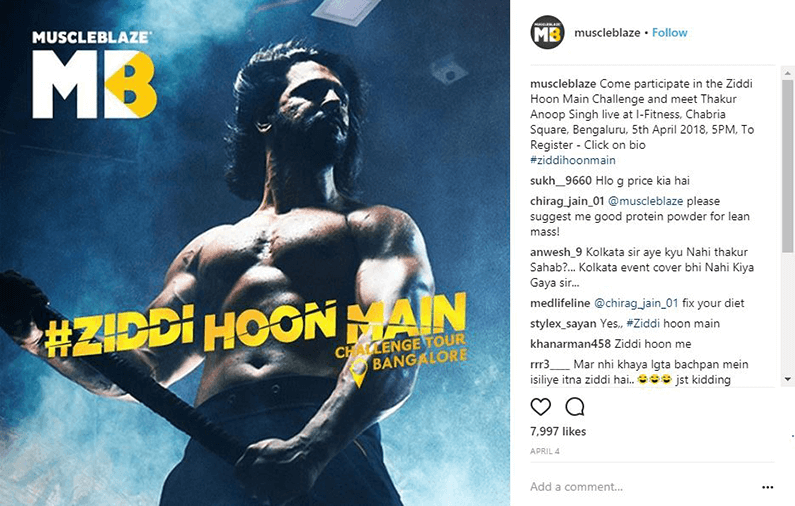 The campaign managed to capture the never say die attitude of sports and fitness lovers.

And, a contest was created that encouraged people to share their ‘ziddi’ moments with the rest of the world. 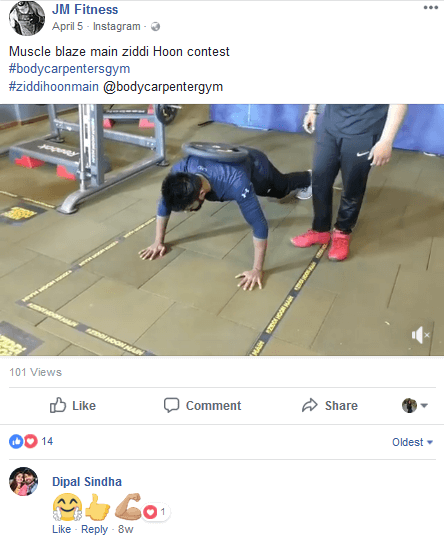 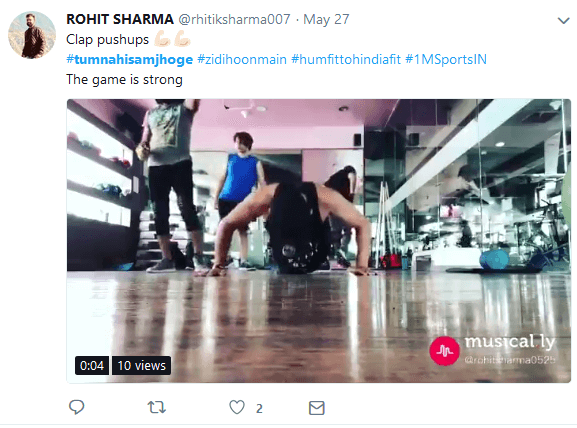 Participants had to film their favorite workout in an unusual location, upload them on zidd.muscleblaze.com, and share the video on social media for votes. It’s so simple but still so effective, as it less of a contest and more of a channel of expression.

A public poll and Thakur Anoop Singh choose three winners every week. These winners would go on to win 30,000 worth of supplements from MuscleBlaze!

The MuscleBlaze marketing team also created offline buzz with their marketing campaign – The Trug of War (tug of war with a truck) in multiple Indian cities such as Delhi and Kolkata.

Thakur Anoop Singh was once again called in as the brand ambassador, but this campaign also saw some more celebrities endorsing the brand such as actor Tiger Shroff, cricketer Shikhar Dhawan, and para-swimmer K.S. Vishwas. They surely managed to catch the mainstream with this attempt. 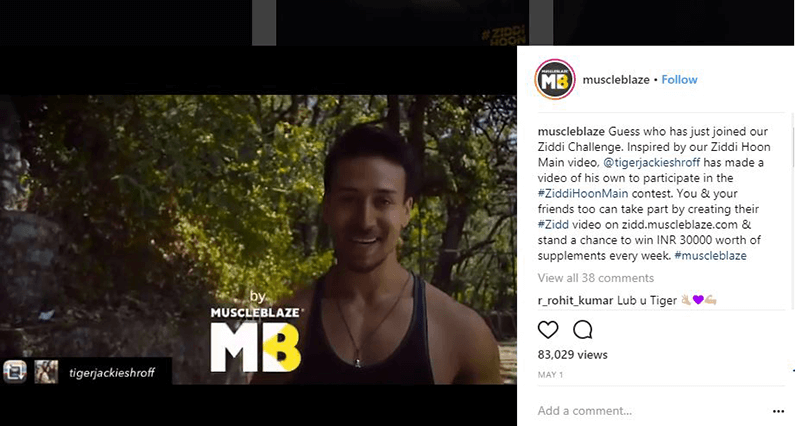 Why the campaigns worked:

Both the films, conceptualized by two great agencies – Medulla Communications and DDB Mudra, managed to tap into a fitness addict’s mind by using their own experiences and some customer research.

By relying heavily on the storytelling, the campaigns performed extremely well within the fit community and within the aspirational crowd, leading to inevitable success for MuscleBlaze’s branding.

The MuscleBlaze marketing philosophy has always been ‘digital first’ and so they willingly dived head first into the competitive digital marketing arena.

2. Invest where it matters:

MuscelBlaze is a product for an ever growing but still relatively niche community. They did not hesitate to invest in creating and promoting two quality ads with two powerful digital agencies.

Sensing that the trend of the market is in their favor as the people who influence their supplement buying decisions are generally gym-trainers and individuals on the internet. None of these sources evoke an emotional reaction in you the way these two MuscleBlaze marketing films would.

4. Always aim to hit the emotional center of your audience:

MB connected with people on a very emotional level. The message of the Muscleblaze marketing campaign was nothing less than cult-forming. The #ZiddiHooMai and #TumNahiSamjhoge videos were impactful enough for the product to not matter. If you think of it, muscle blaze could be a fitness clothing brand for all you know.

They managed to capture the regular gym goer’s mental real estate (regardless of them switching their supplement brand or not), before any of their competitors could.

5. Conduct contests that excite your audience:

This campaign is also a good example of getting people to act on a request made by a brand. If you break down the nature of contests conducted by Muscleblaze digitally, they seem more like a mode of expression rather than a plain contest. 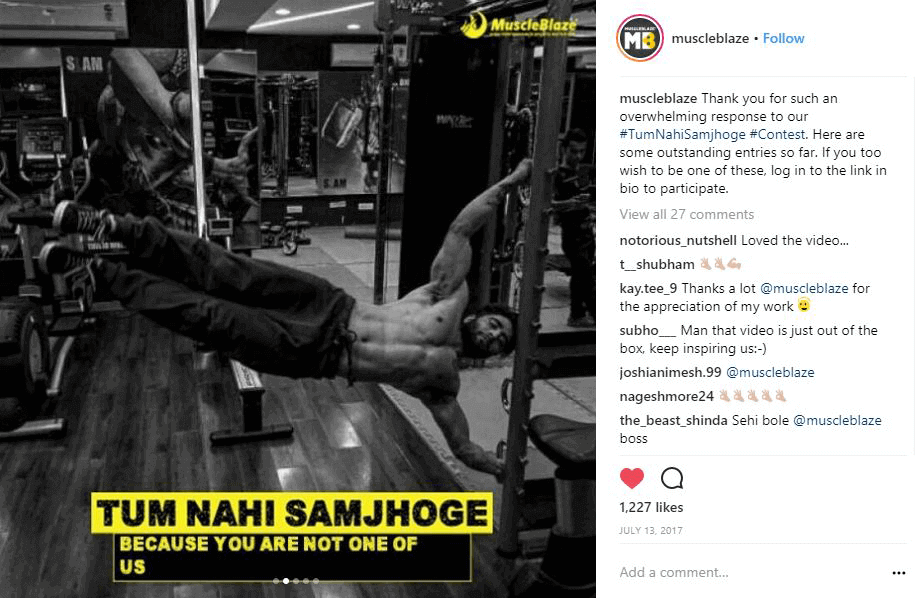 MuscleBlaze asked fittness enthuiasts to do their favorite exercise. The campaign kept the choice of exercise open ended as opposed to a specific exercise. At no point did the brand ask them to do something they are not comfortable with.

6. Rewards are important to get higher participation:

Supplements are not cheap, at least not the good ones. Giving away their supplements as freebies worked well for customer acquisition like the age-old tactic always does. The temptation of a reward allowed them to reach a lot more people, who they might otherwise have missed.

The boom in the influencer industry has made reaching out to the right people achievable in ways never thought of before. Everyone can do it. Muscleblaze just reinforced the same truth with a bang, by getting the right celebrities to endorse them.

Even though the nutrition supplements industry has a relative niche audience, MuscleBlaze managed to hit the right chord in both their major campaigns. With customers turning into brand evangelists, the MuscleBlaze community is slowly by surely growing. We certainly will be keeping a close eye on them.

Do topics like these interest you? Are you a marketing person? Do you wish to be the driving factor in making similar campaigns for big and interesting brands?

Then digital marketing is the best thing you can teach yourself. Upskill yourself now with this 11-month Digital Marketing MBA.

Although, if you are looking for top institutes in these cities, check out these blogs: 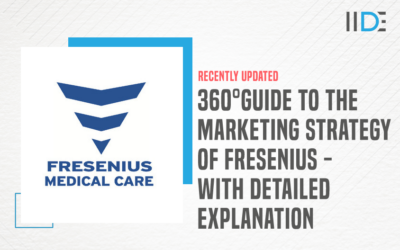 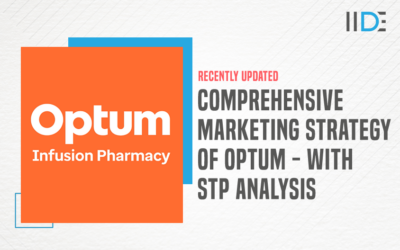 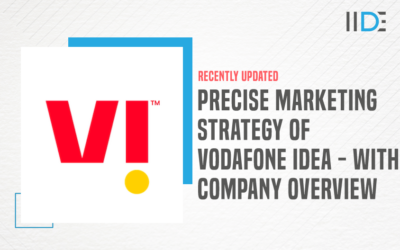