Titan Industries’ parent firm, Tanishq, is a subsidiary brand. It is an Indian jewellery company that specializes in accessories and is linked to the lifestyle and retail industries. Tanishq was established in 1994 and now specializes in both traditional and contemporary designs.

In this case study, we’ll learn more about marketing strategy of Tanishq by looking at its 4Ps of the marketing mix, as well as its marketing and campaign tactics. So, let’s begin by learning about Tanishq as a business in the next part. 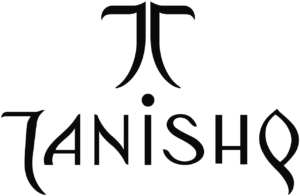 Tanishq is India’s fastest-growing jewellery company, with a reputation for exceptional craftsmanship, unique designs, and high-quality products. Mr. Xerxes Desai invented the phrase Tanishq by combining the words ‘Tan’ and ‘Nishk,’ which signify the body and gold decoration, respectively. Titan Co. Ltd. owns Tanishq, which is a subsidiary of the parent firm. In the year 1994, the company was established. It began as a collaboration between the Tata Group and the Tamil Nadu Industrial Development Corporation. Tanishq is a high-end brand known for its diamond jewellery. The designs feature a classic appearance. Tanishq began fighting against the family jeweller system after seeing the need for a trustworthy brand in India’s vast jewellery business. With time, other competitors appeared. In the gold jewellery market, it holds a 4% share.

Let’s begin with the Tanishq Marketing Strategy & Mix to learn about the company’s product, price, promotion, and distribution plans:

Tanishq is under a parent brand Titan and hence it aims to deliver a premium experience for all its consumers. Tanishq makes jewellery and luxury primarily aimed at the higher class and middle-class people, but they have realized that there are different needs and demands amongst all the people. Hence, apart from its sub-brands, it provides a variety of jewels that other companies don’t. Therefore, it makes Tanishq a go-to brand for a variety of jewellery requirements.

Some of the product it offers includes-

Apart from what they offer, Tanishq also emphasizes and how they offer these designs. They take prime importance towards-

Let’s get it straight, Tanishq offers premium quality products and hence the pricing is also quite expensive. While the company realizes the pricing it offers, it particularly targets the audience that can afford it. While it does offer high tier products to be the only go-to for extremely rich class it also tries to balance the pricing of its low tier products since more audience is available for it. To compete in the market Tansihq practices different methods to do the same. It has adapted, traditional and simplistic designs to portray uniqueness and trustworthy quality. However, the catch is that even if you’re buying a super expensive jewel, or a budget tight earring, the trust, and quality of the product will remain constant.

Tanishq also offers a smart investment policy for married women and people who want their first gold artifact. It is known as the Golden Harvest Jewellery Purchase Plan. Tanishq maintains a ledger and invites people to deposit an EMI that will become a big amount in the future. Tanishq asks this consumer to use this invested money and buy a related artefact at a discounted price. This initiative helped Tanishq with a lot of sales.

Tanishq prioritizes sales at retail shops. This is mostly because people mostly prefer purchasing jewels and expensive items offline. The first review and research about their desired item, and finally confirm their purchase and check the quality. Doing the same online raises risks and concerns in each part of the transaction, making the delivery the riskiest part of the process.

Keeping that in mind, Tanishq has over 350+ retail shops in over 200 states. Spread across India and heavily concentrated towards the Northern, Eastern, and Southern parts of India. While Tanishq has a great variety of ornaments at the showroom itself, customers can visit their website to further explore more variety and find their perfect choice.

Starting from Chennai, Tanishq first conquered more markets in the southern part of India. And hence, there is a dense availability of Tanishq showrooms all across the southern region. Slowly spreading their reach all over India, Tanishq now exports their products overseas as well. Having such a vast supply chain and dominance over the market, Tanishq nails its distribution strategy that is going upward with each forthcoming year.

Tanishq has grown to become one of the parent company’s most well-known brands, thanks to its aggressive marketing strategy. The company has created some stunning marketing campaigns that showcase its items to their full potential while also increasing brand awareness. Electronic media, such as television and radio, print media, such as newspapers, magazines, and billboards, and social media platforms, such as Twitter, YouTube, and Facebook, have all been used to launch advertisements. Tanishq recognizes the value of celebrity endorsement and has enlisted Indian actress Deepika Padukone as its brand ambassador. She will appear in several advertisements to raise favorable brand recognition. As part of their marketing strategy, the Tanishq store was featured in the Hindi film Race. For Hindi films such as Paheli and Jodha Akbar, the business has created jewellery. Tanishq presented Maruti Udyog Limited with 20 crore rupees in gold coins as a gift to Maruti automobile buyers in 1999. Both companies’ sales were boosted as a result of it.

The competitors for Tanishq are:

All these jewellers have something in common and that is trust. All of these brands are highly reputed and trusted all over India. Another thing to notice is that amidst a cut tight competition Tanishq still has a reputation among all others and this is major because Tanishq is a branch of Titan.

In 2017, Tanishq deployed the Rivaah collection which offered a variety of jewellery collections for the needs of different communities. The annual advertising budget was estimated to be around ₹200 crores. Fun fact, Rivaah rhymed with Vivaah, and hence, Tanishq aimed to place themselves in a dominant position in the wedding season.

In 2019, Mia by Tanishq set aside a 65% ad budget for digital marketing along with the plans to launch 20 short campaigns. This idea came after the success of ‘MeInAction’ in 2018 that was launched in an ad film. Mia had already shot over 12 campaigns by this time since they expect a big ROI from these ad series.

Tanishq launched Aprajita, a Durga Puja festival campaign, in October 2020 to capture the eastern Indian market and promote their festive collection. According to Mint, the jewellery brand had spent around ₹450 crores on advertising.

We’ve already talked about how Tanishq is constantly trying to create more presence in the market. It aims to capture a big chunk of the jewellery demand during festive and weddings seasons than before. But in a market like India where a new competitor seems to enter the market almost every day, acquiring a big part of the market is not an easy job. However, using precise planning, support, strategies, and campaigns Tanishq is increasing the capture rate and each year the results have come positive, reflecting an upward growth.

Let us now go over precise details about the strategies laid by Tanishq:

The Marketing Campaigns for Tanishq have been one of the most interesting pieces in the entire media industry. Instead of traditionally displaying just their products, they try to integrate the jewellery in a well-written storyline that often portrays value to the viewer. This way, the watcher will connect to the story and impact him/her making them remember the brand.

One of the most recent campaigns of Tanishq includes the ‘Little Big Moments by Tanishq’ wherein, the company tries to reach out to the customers and motivating them to cherish every moment that might be small but is big for their entire lives.

In another campaign released in March, Tanishq launched the #WhenItRingsTrue campaign for Tanishq’s engagement rings. The idea of this ad is to influence people to chose a premium ring for the most important part of life.

A salute to our Doctors | Tanishq

In this particular campaign, apart from promoting a particular product, Tanishq paid tribute to the medical workers and Doctors of the country giving their best amidst a pandemic. Creatives like these increase empathy towards the audience.

Tanishq has been actively creating ads and creatives like these for the past 3 years, that could be a treat to watch. But for now, these campaigns highlight Tanishq’s marketing campaign planning the best. You can also head over to the official Tanishq’s Youtube channel to watch more of these creatives.

Wrapping up, Tanishq is one of the brands that you can look up to. From their marketing mix strategies to their marketing campaigns, Tanishq has something unique and better to offer. Tanishq stays clear of its competition by already maintaining and further expanding the headstart that they have. Not only that, from being a very fragile company at the start, Tanishq now contributes back to Titan in a great percentage of revenue. From their creative ad campaigns to touch the hearts of customers to their behind-the-scenes of improving lifestyles of their craftsmen. Tanishq has come forward and excelled in every field. The members of the brand, however, have been successful due to their powerful and resolute approach. They have always put their clients first and offered them high-quality products at a reasonable cost. Tanishq is also achieving success in other nations as a result of this mindset, which will help the brand build confidence and introduce additional items with unique designs.

Did you enjoy our work? Are you curious to learn more? For additional information, please visit our website. If you’re interested in Digital Marketing, you may also take Karan Shah’s  Free Digital Marketing Masterclass. Also, do visit our other blogs to read more case studies like this.

In the comments area below, let us know what you think about this case study. Thank you for reading, and if you enjoyed it, please share it with your friends.