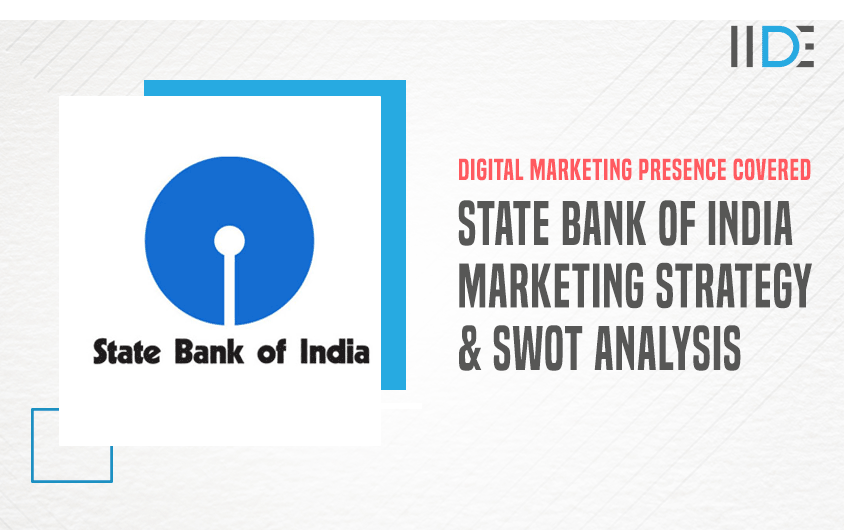 India has various renowned banks currently operating in the country, both public as well as private sector banks. But the bank we shall be talking about in this case study has managed to stay relevant and capture 1/4th market share in the banking sector since its inception. It is the State Bank of India. The State Bank of India, also commonly known as SBI, is a Fortune 500 corporation. It is an Indian multinational banking and financial services statutory body.

But before we start delving into its marketing strategy, let us learn more about the company.

About State Bank of India 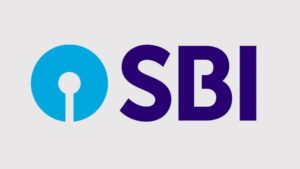 SBI is headquartered in Mumbai. It was founded on 1st July 1955, after the Government of India took control over the Imperial Bank of India and renamed it as State Bank of India. SBI has a rich history and legacy dating back over 200 years, making it one of the most trusted banks among Indians.

With a relentless emphasis on creativity and customer-centricity, it serves over 44 crore customers across a vast network of over 22,000 branches, 58,500 ATMs, and 66,000 BC outlets. The bank has 11 subsidiaries i.e. SBI General Insurance, SBI Life Insurance, SBI Mutual Fund, SBI Card, etc. It has a global presence, with 233 offices in 32 different countries operating across time zones. SBI is also the 43rd largest bank in the world and was the only Indian bank to be included in the Fortune Global 500 list, ranking in at the 221st position.

Now that we have an overview of the company’s background, let us proceed further with the marketing mix.

The marketing mix of any company includes four major components- Product, Price, Place, and Promotion. The mix refers to a company’s range of activities or strategies, set up for promoting its service or product in the marketplace. Following is the marketing mix of SBI: 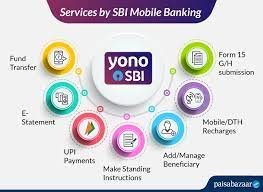 State Bank of India provides a variety of products to its retail and corporate customers through a network of branches across the globe. Some of its products include cards (debit and credit cards), savings accounts, fixed deposit accounts, recurring deposit accounts, foreign exchange services, tax saving bonds, loans such as medical loans,  mortgage loans, personal loans, and loans against securities.

The pricing strategies implemented by the bank are developed keeping in mind and examining the customer’s mindset and economic capability. For instance, the bank has a flexible policy for operating the home loan account- either in the current account mode or savings account mode. 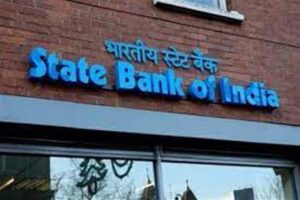 On the international front, the bank has more than 190 overseas offices spread across 36 countries in various cities like Moscow, London, Maldives, Dubai, New York, Dhaka to name a few.  SBI has over 58,500 ATMs currently operating in India. These distribution channels are equipped with the latest technology, modern facilities, and advanced infrastructure.

Proper strategies have been implemented by the bank in order to promote its services and facilities. Various promotional campaigns have been carried out through print and visual media via means such as hoardings, radio, TV, advertisements, and newspapers. Given its presence across India, its tagline, “The Banker to Every Indian,” proves to be perfectly fitting. SBI uses ads to effectively communicate its policies.

It has recently begun to adapt to the modern approach and create advertisements that reflect this change. As a result, it has used well-known personalities to reinforce the concepts of confidence in the minds of consumers. Because of the bank’s presence in almost every town, village, and area, it has been promoted indirectly by being present in the eyes of the customers constantly and regularly.

The marketing mix sums up the bank’s strategies in all four areas. All of the strategies are developed while keeping in mind the market standards and competitors’ strategies. Let us now understand how SBI ranks in comparison with other banks.

The major competitors of SBI are ICICI Bank, HDFC Bank, and Bank of India, among many others such as Axis Bank and the Indian Overseas Bank. Let’s quickly take a deeper look. 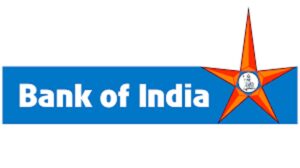 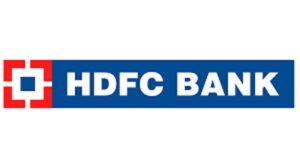 All data points in one direction, and that is SBI’s superior ranking as compared to these competitors. Now that we thoroughly understand the bank’s market position and business, let’s finally take a look at its marketing strategy.

In this section of the blog, we shall talk about the marketing strategy of SBI with the help of its STP i.e. SBI’s segmentation, targeting, and positioning strategies. Let’s get right into it.

SBI has been known to segment its market on the basis of the following variables:

It accounts for people belonging to rural, urban, and metropolitan areas who are either self-employed, corporate, or government employees and targets them accordingly. It also targets students, people from poor households or lower class who are deprived of financial and banking facilities, and finally the tech-savvy business class for whom time is extremely important.

SBI has positioned itself as a trusted and reliable bank over the years. One that the citizens can always rely on, and that stands for the common man. It now also targets customers seeking value-additions with telebanking, net banking, digital banking, etc. This is how SBI accurately segments and targets its audience and positions itself accordingly.

The digital presence of any company is very crucial in this fast-moving modern world. SBI was quick to adapt itself to the technological changes and presently has an impressive social media presence. Following are the main takeaways from studying SBI’s digital presence: 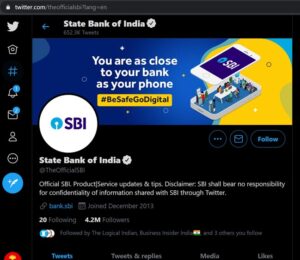 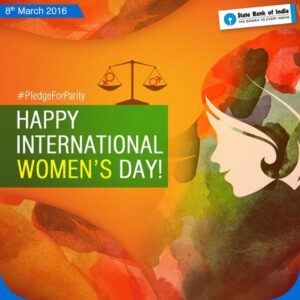 Lastly, let’s take a look at SBI’s SWOT analysis conducted from all the research carried out and information compiled in this blog.

A SWOT Analysis is one of the most widely used methods for evaluating a company’s internal and external environments and is part of the strategic planning process. A SWOT review aids decision-making by introducing opportunities to the enterprise and serving as a futuristic bridge for improvement. Following is SBI’s SWOT analysis:

The State Bank of India has certainly come a long way through its extensive journey. Being the largest public sector bank in India, SBI has been able to capture and retain a large chunk of the market. It is definitely no small feat. The bank has had its fair share of ups and downs but was able to tackle them all and maintain its reputed position. There’s no denying the fact that the public has started shifting more towards private sector banks, but there’s always room for growth and development. If SBI continues to adapt itself to the changing times and technological advances, by managing to change the perception of young professionals especially, it will surely be able to make a permanent place in the Indian banking industry.

Liked our work? Interested in learning more? Do check our website for extensive case studies, blogs, and presentations. You can also check out our Free Digital Marketing Masterclass by Karan Shah.