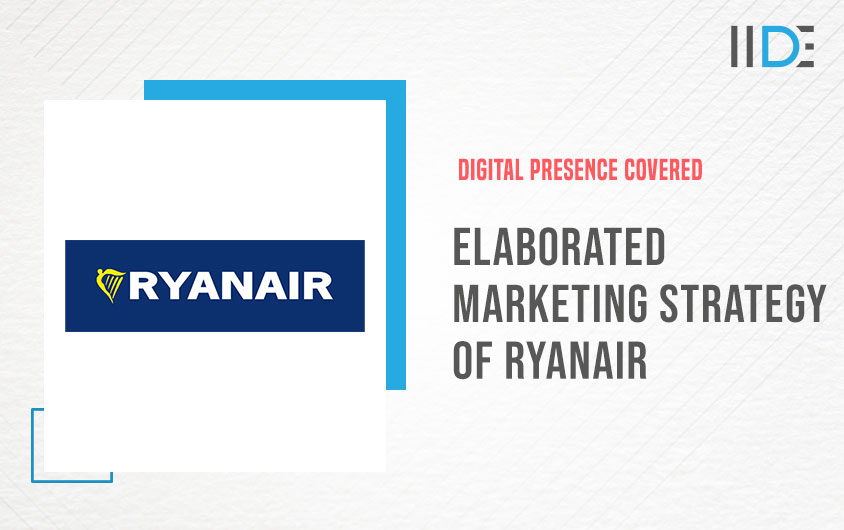 Ryanair flies to over 610 European destinations, has 24 European bases, and employs a workforce of over 5000 employees from over 25 different nationalities. It has grown to become one of the world’s most profitable airlines as a result of its rapid expansion. In terms of passenger numbers, it is the third-largest airline in Europe. With an average age of roughly 4 years (as of December 2008), Ryanair has the world’s youngest Boeing 737-800 fleet; the business wants to quadruple its fleet to 262.

In this blog, we will explore the marketing strategy of Ryanair, including the marketing mix, digital presence, SWOT analysis, and competitor analysis. Also do check our other blogs to explore more about various companies.

Let’s start but first, let us get to know more about the company 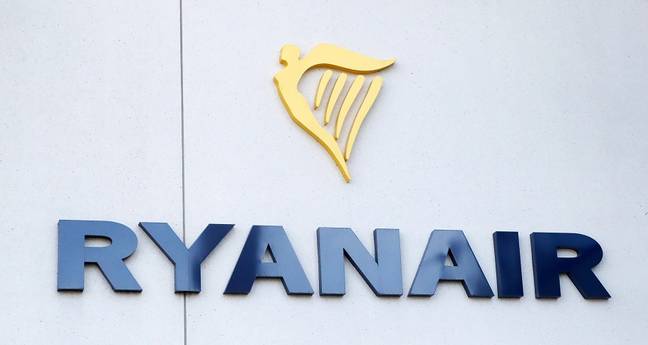 Ryanair is a top leading low-cost airline catering majorly to the European continent. It accommodates almost 73.5 million travellers every year, however, the Covid-19 pandemic has undoubtedly worsened the situation. The company was founded in 1985 by a trio namely; Tony Ryan, Christopher Ryan, and Liam Lonergan. Initially, it wasn’t a low-cost airline, all it wanted was to compete against the duopoly in the European air travel market held by British Airways and Aer Lingus. Since Raynair had smaller planes, it charged less prices almost half of what the others would charge generally. To stand out, they even went the extra mile to provide good quality customer service which would result in customer satisfaction resulting in customer loyalty. However, it did not go well for the company. They started losing money, which made them cut down on the costs involving a luxury experience.

Hence was born the low-cost airlines in the European Market which would break through very shortly. Ryanair flew to minor airports because it was less expensive, and it used marketing to attract attention — whether favourable or bad. As this new airline approach gained traction in Europe, rivals began to emerge. EasyJet, Ryanair’s primary low-cost competitor, stands out. 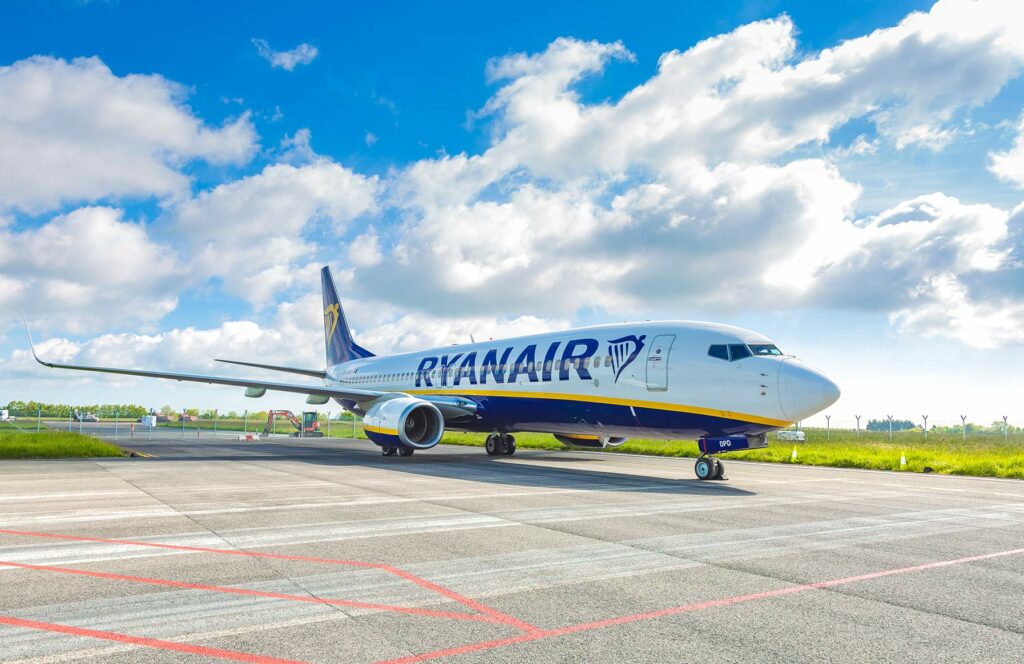 Marketing Mix is the combination of various marketing tools that companies use to pursue their marketing objective in the target market, it mainly revolves around 4 components: Price, Product, Place, and Promotion. In this case study about Ryanair, let’s have a look at how Raynair manipulates these components of its marketing mix to get the most efficient result. Ryanair sells the cheapest flight tickets that one can buy in Europe. Studying the Marketing Mix of Ryanair is rather interesting because it runs in exactly the opposite direction of what the theory suggests makes a great brand.

Ryanair offers low-cost flights. At the lowest two rates, 70% of seats are sold.

A third of the seats are charged at a higher rate. The last 6% of tickets are sold at the most expensive fare. Ryanair has had run-ins with regulatory organizations such as the Advertising Standards Authority (ASA) in the UK regarding pricing discrepancies between advertised and actual prices, although these are unusual blunders.

The company mainly functions on flights, with a very basic principle: keep the flight in the air as much as possible, meaning hectic schedules meaning more money made per day. Another revenue is generated through car hire commissions, priority boarding, and baggage checking charges. Ryanair can enhance the value of its services by prioritizing social responsibility, luggage handling, travel plan flexibility, check-in convenience, and employee’s work ethics (ryanair.com, 2020).

Company operations that make the product available to target buyers are referred to as place. Ryanair’s only way to purchase their service is on the internet. However, if they want to function in Bangladesh, they’ll have to adjust their method for marketing their service to travel agencies via the internet, because most individuals don’t have access to the internet.

Ryan Air does not engage in overt marketing. They promote their website through easy methods such as newspapers, radio, and television. Customers will have fun and feel happy after using their services, according to their advertisement. They promote themselves as a simple, joyful, and family-friendly airline. Their catchphrase for promoting themselves as a low-cost airline is “low fares made simple.” They also use a standard sales strategy in which they sell some seats for a reduced price. 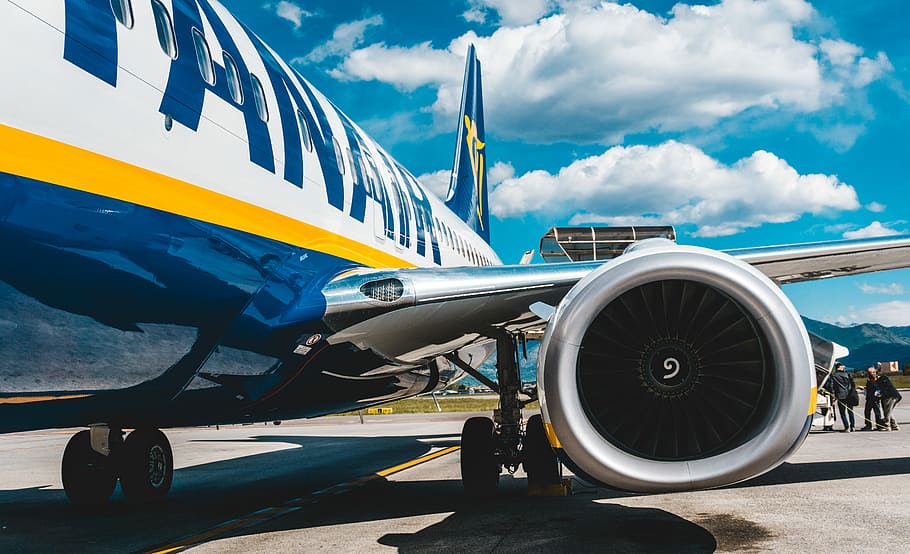 In this part of the case study, we will try to analyze the difference between Ryanair and its main competitor, Lufthansa. Both the airlines function on exactly opposite ideologies.

Ryanair dominates through its cost leadership strategy, meaning it wins the market share by targeting price-sensitive customers by providing the lowest price in the market without much focus on customer relations and services. It is a money-dominated strategy, making the most money by spending the least. It also controls its supply chain to ensure the lowest prices.

On the other hand, Lufthansa is all catering to the customers’ comfort and needs, they do not target price-sensitive customers. Lufthansa has found a place in the market due to its brand management, portraying it as a brand; a luxury. Providing customers not just a flight but an experience in exchange for their money, having them associate the brand with quality. It is known for its quality and service.

Ryanair’s target audience is price-sensitive customers so their marketing strategy is simple; provide the cheapest prices and customers will come on their own. Ryanair does not spend a lot of money on marketing. Instead, young individuals, generally students, are employed to design the company’s advertising, which is often only published in a few publications for a few days since they are often unpleasant or controversial. Though most advertisements are deleted immediately after publication, they linger in the media for a long time as individuals who are outraged or offended continue to talk about it. Any publicity, according to O’Leary, is good PR. In interviews, he will frequently say deceptive or absurd things to attract people’s attention and draw attention to the firm (whether it is true or false). One example is O’Leary’s statement that he wants to eliminate two of the three bathroom facilities onboard planes to create a way for additional seats (Warnicka, 2011). Ryanair “fights dirty” to deal with competitive pressure. Ryanair frequently creates commercials explicitly criticizing its competitors and comparing fares to prove Ryanair is the lowest. The head of Marketing at Ryanair said in an interview, “Our marketing strategy is really on a very simple one-pager. It’s like Aldi on price, be like Amazon on data and understanding the customer, and then be faster than anyone else. And that’s it,”

Ryanair’s traditional advertising strategy has generally centred on owned and earned media, primarily through Michael O’Leary’s “free PR.” They have generally avoided paid media formats in recent years. They must embrace the chances provided by a slew of new advertising platforms and marketing tools as they move away from relying solely on free PR.

Website: The early version of Ryanair’s website was not user-friendly, it was rather clear that it was high time that they needed to invest some money for a new look and rebranding of their company using professional help. Now, the top-level navigation panel accords to the most usual categories like Plan trip, Manage to book, useful information, etc.

Youtube: In 2014, Ryanair had created a “Christmas Jingle”, casting it on their youtube channel. That was the start of their active youtube presence, the kindle and video were not up to the mark of what level the company stands on however, it was just an attempt to make a social media footprint. These attempts are now followed by the active participation of real-life customers and travellers of Ryanair, which content like an interview on what they feel about the travel experience with Ryanair. Also, there is a great attempt to cater to the community as a whole and provide a virtual travel guide for most of the places Ryanair flights serve to.

Twitter: With a following of 493.7K, Ryanair has been making good use of the digital platform recently. However, that was not always the case. Initially, they struggled with having a great media presence because of the low allocation of budget in Digital Marketing strategies, especially social media. In this instance, then came face-to-face with a great journalist which again, proved to be social media breakthrough for Ryanair.

Given their brand awareness and the enormous number of brand name searches, Ryanair has not been required to work on increasing traffic yet. Ryanair will have to work more in the future to guarantee that they appear at the top of the search results for long-tail search phrases, rather than handing the space over to middlemen like Google or Skyscanner, or even worse, rivals. Platforms like Twitter, Facebook, and Instagram are currently under-utilized from a marketing standpoint, and given the fun nature of their brand and the need for them to start producing a lot more material, Ryanair should have no trouble coming up with unique campaigns to run online.

Did you enjoy our work? Do you want to learn more? For further information, please visit our website.

You can also digitally upskill yourself by attending IIDE’s Free Live Masterclass every week.