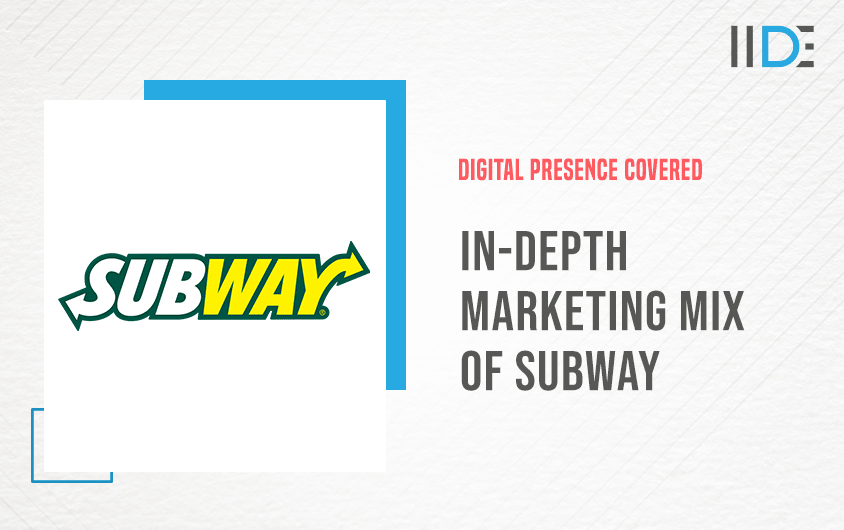 Subway is a fast-food franchise with locations all over the world. Salads and submarine sandwiches are available at this American restaurant. Doctor’s Associates, Inc. owns and operates this private company on a global scale. Subway wanted their customers to be able to make their own sandwiches.

In this case study, we will be discussing about the marketing mix of Subway in a detailed structure. 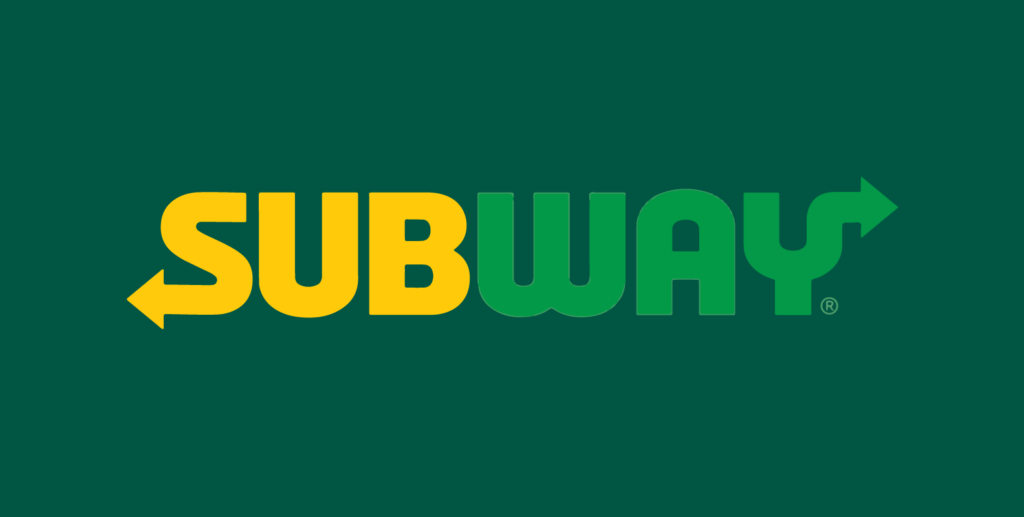 Subway, which was founded in 1965 in Bridgeport, Connecticut, has grown at the fastest rate of any global franchise. As of 2021, Subway has a presence in over 100 countries and territories, with over 35000 restaurants. Customers can get a selection of excellent submarine sandwiches and salads from this American fast food restaurant franchise. Subway has consistently ranked among the top 500 franchises.

Subway has adapted to various cultural demands by twisting offerings to fit the cultural fit. Subway launched its exclusive veg outlet to meet the needs of Indian vegetarian consumers.

Now that we had a quick overview of the company, let’s begin our exploration of the marketing mix of Subway. The submarine sandwich is the main eatable on a Subway restaurant’s menu. Aside from that, the menu includes baked goods such as muffins, doughnuts, and cookies, as well as salads and wraps. To create our own SUB sandwich, we need to choose from 6-8 different sauces, 6 bread types, and vegetarian and non-vegetarian options.

Some menu items vary depending on location and market, but the following are the signature varieties in the global menu:

In some countries, the breakfast menu includes items such as flatbreads, English muffins, and breakfast sandwiches. Personal pizzas were introduced in some of the company’s stores in 2006. As part of an exclusive deal, coffee from “Seattle’s Best Coffee” was added to the Subway menu in 2009.

Subway has also made variations and changes to its menu based on location. In the year 2001, the Indian Subway opened in New Delhi. The restaurant’s menu excludes pork and beef products in favour of a variety of vegetarian options.

With 395 restaurants, the restaurant chain has expanded to at least sixty-eight cities across India. Subway has distributed its product portfolios all across the world. Let’s have a look at how the company has dispersed its product. 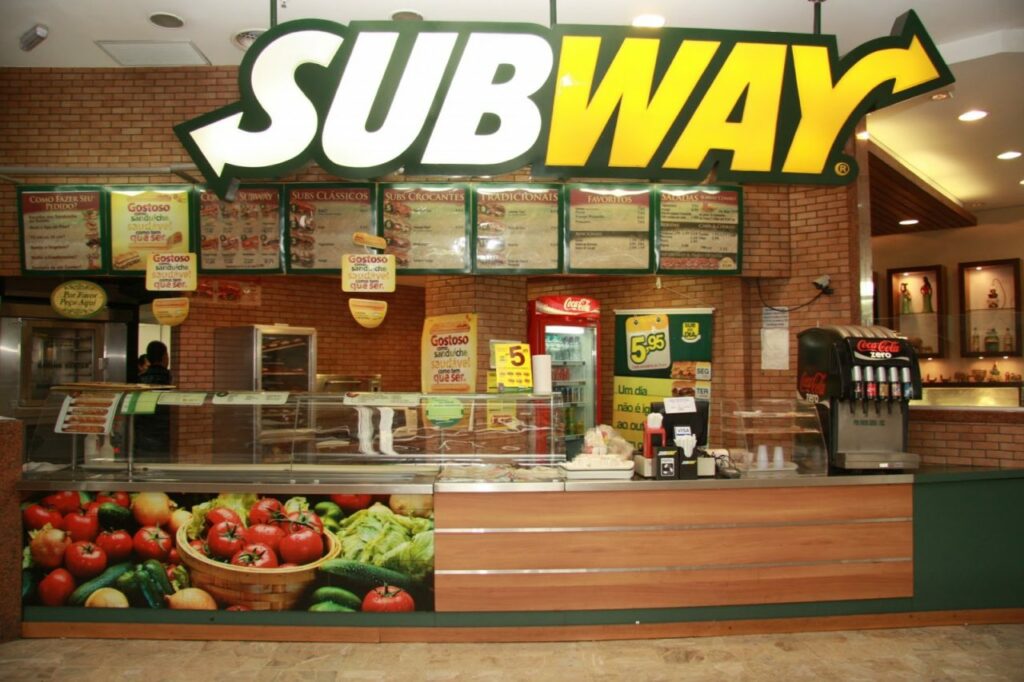 To open a Subway location, a person only needs to pay a franchise fee, which grants him the right to use the Subway brand to build the location. Subway has been gap many restaurants in uncommon locations, and this uncommon activity has established to be a hit.

Subway stations are typically located in high-traffic areas where people are more likely to be calorie-conscious. Thus, the distribution strategy of Subway detailly talks about its expansion all over the world.

Subway is expensive than its competitors KFC and McDonald’s. However, the low-calorie content of Subway sandwiches justifies the high price.

Subway has forever maintained high content in food and therefore unbroken their costs a bit higher to match the merchandise quality. Of course, the quantity of a sub sandwich is large as well, so it is on par with other competitors.

Subway also claims to serve higher-quality food than its competitors, which makes its pricing very clear. Their differential valuation strategy with price valuation is predicated on the worth generation in terms of quality delivered by Subway restaurants.

As a result, this provides insight into the marketing mix pricing strategy. So now let’s peek into the promotion strategy of Subway. 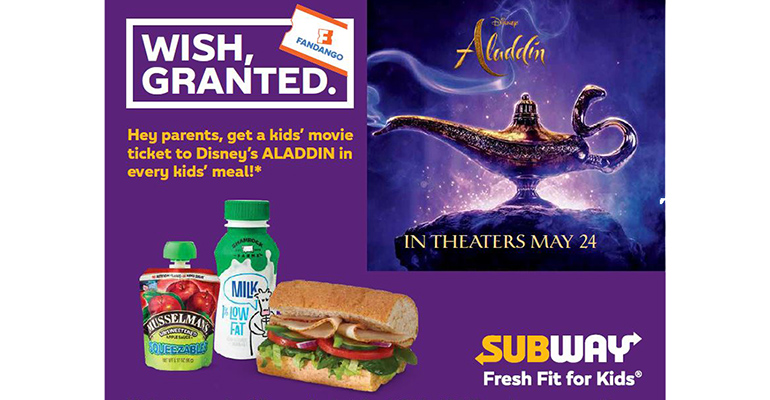 Subway employs a variety of marketing strategies in its promotional efforts. The slogan “Eat Fresh” emphasizes the fact that all of the company’s products are freshly baked and made with fresh ingredients. In 2007, a commercial in the United States featured the cartoon character “Peter Griffin” promoting Subway’s “Feast Sandwich.”  In another promotional move, the company has enlisted the assistance of “instant win” games.

The brand conjointly ran a product campaign within the tv series Chuck. In an unprecedented promotional move, the company offered a one-foot-long submarine sandwich for the low price of $5. This promotional activity took place in 2008 and was only available for a limited time.

The charitable and non-profit work has also served as a significant promotional boost for the organization. In terms of media vehicles, the company regularly employs ATL (Above The Line) promotions in the form of television and print, as well as BTL (Below The Line) activities such as price reductions and other such strategies, to attract customers.

It has expanded its products globally with reasonable prices and influential promotions. So now let’s wrap the case study with the findings below.

Subway has followed the personalization strategy with its high-quality merchandise, franchisee support, and dependable client base. It has resulted in a solid foundation. It has also worked with health organizations and sports figures to raise awareness of its brand and its products.

If you found this blog interesting and want to pursue a career in digital marketing, register for and attend IIDE’s Free Digital Marketing Masterclasses to digitally upskill yourself.

Thank you for taking the time to read! We hope you learned something new from this case study. If you enjoyed our information and analysis, please share, comment, and read more of our blogs about the marketing strategies of other major corporations