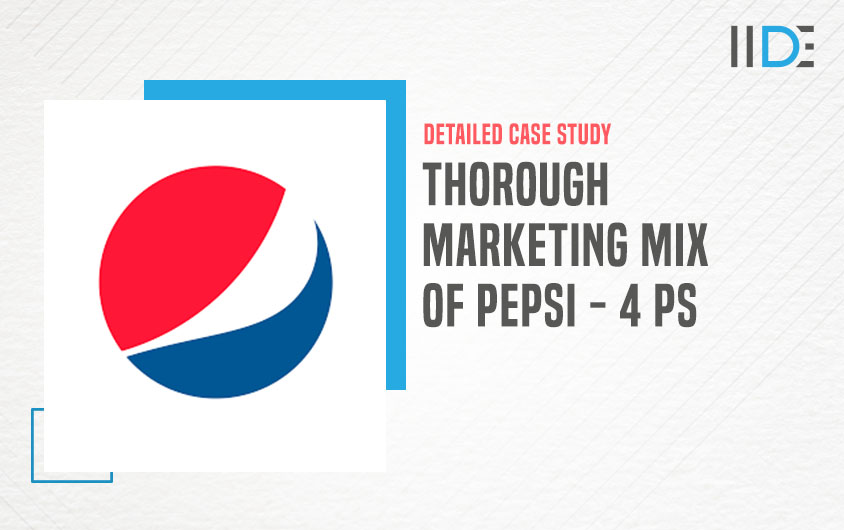 PepsiCo also known as Pepsi is one of the leading companies in the world that deals in the Food and Beverage sector. Pepsi serves its product in around 200 countries and territories all over the world. The company PepsiCo was formed by Donald Kendall, the CEO of Pepsi-Cola and Herman Lay, the CEO of Frito-Lay in 1965. The company has established and expanded itself in the market over time.

In this case study, we will study the marketing mix of PepsiCo covering all the 4 P’s strategies of the company. Let us begin with knowing about the PepsiCo company and in brief 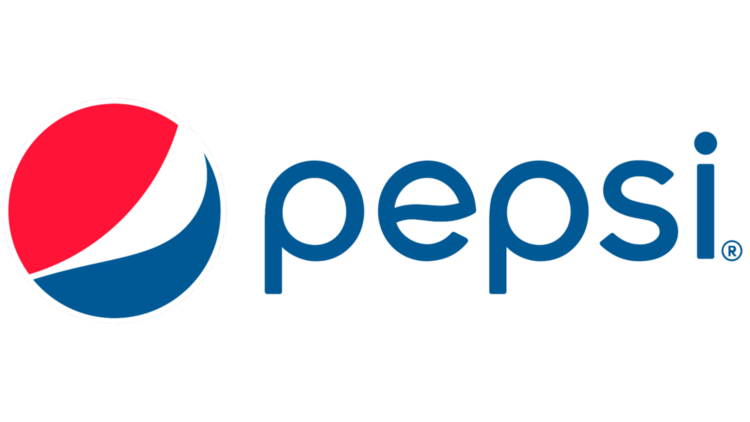 The product portfolio of PepsiCo includes a wide range of Food and beverages that are enjoyed by customers all over the world including its 23 brands of which estimated annual retail sales generate a revenue of approximately more than 1 Billion US dollars.

PepsiCo products are available in more than 200 countries and territories and are consumed and enjoyed more than 1 Billion times in a day by its consumers. The company is made up of seven different divisions and all these divisions have their way of doing business and their unique history.

An entrepreneur named Caleb Bradham from New Bern, North Carolina created Pepsi-Cola and started to offer it to his pharmacy customers in 1898

Since we have a brief knowledge of the company. let’s deep dive into the marketing mix of Pepsi

As we just mentioned above PepsiCo is one of the largest and leading companies in the sector of food and beverage that provides its service and products in more than 200 countries and territories in the world. The company keeps on changing its marketing strategies but the company implemented several smart strategies over the past few years which resulted in improvement in its profits and turnover.

The company has expanded itself in the snack sector and some of the well-known brands are owned by PepsiCo like Lays, Kurkure, Cheetos. 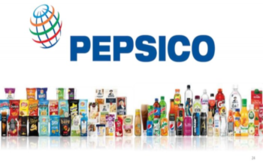 Below mentioned are the 4Ps of Pepsi

Some of the famous snacks brands like Lays, Kurkure, Cheetos are in great demand and are owned by Pepsi which gives the company an advantage over its competitors. A recently added brand to the company known as Quaker Oats has also seen a good increase in its demand.

The pricing of Pepsi is competitive as the market is dominated by two big companies that are Pepsi and Coca-Cola. if both the brands start a price war neither of them can win as manufacturing and transportation cost is huge. Due to this, both the brand can enter a brand war instead of a price war

It is a company that is known for providing discounts on buying bulk quantities or for its promotion. As the container size rises the discount for customers also rises. This means a 2-litre bottle packing of Pepsi as compared to 250ml packing will be cheaper per 100ml.

These retailer and food chain brands negotiate with the company for the price as they buy and sell in bulk. Although companies earn a good margin through distributors and less margin from bulk buyers, companies prefer providing goods to bulk buyers as they order huge amounts of goods as compared to distributors.

The distribution chain of Pepsi is:-

As there are no middlemen available in the secondary mode of distribution, the company can save its middleman cost and can provide a good margin to bulk buyers. The major challenge that the company faces in distribution is the cost of bottling and the cost of transportation.

Bottling of Pepsi is done only at the bottling plants. At present, there are 36 bottling plants of Pepsi in India out of which only 13 are franchisees and the rest 23 bottling plants are owned by the company itself. The soft drinks now have their tie-up with snacks like Lays, Kurkure, Bingo etc…

Some of the Celebrities and Sportspersons who have been Brand Ambassadors of Pepsi are M.S.Dhoni, Sachin Tendulkar, Amitabh Bachchan, Ranbir Kapoor, and many others.

Pepsi targets almost every age group with its different products and taglines. For example Mountain Due targets youngsters from its tagline that is related to an adventure sportSportspeople “Darr Ke Aage Jeet H”, Kurkure is known as a household snack and targets middle-aged group whereas Lays advertise itself as a party snack and targets youngsters, Gatorade is sports drink so it targets all the sportsperson. A recently launched product Quaker Oats targets itself as a breakfast with a bit of masala.

With these 4 P’s the marketing mix strategy of Pepsi comes to an end. From this 4 P’s strategy of Pepsi, it is clear that Pepsi is a well-established company in both the food and beverage segment. The company kept on changing itself with the time and also came up with new products and brands to keep itself established in the market. Pepsi products are available in every corner of India and can be consumed by everyone which makes it a leading company in its sector. The company also used all the available techniques for its promotion.

So in the above case study, you saw how companies are promoting digitally, so if you want to learn a digital marketing course after reading this. IIDE offers you various such courses. Do visit our website https://iide.co/

Thank you for giving your precious time to reading this blog. We hope you got to learn something new from our blog about Pepsi’s Sports people4 P’s marketing mix strategy.