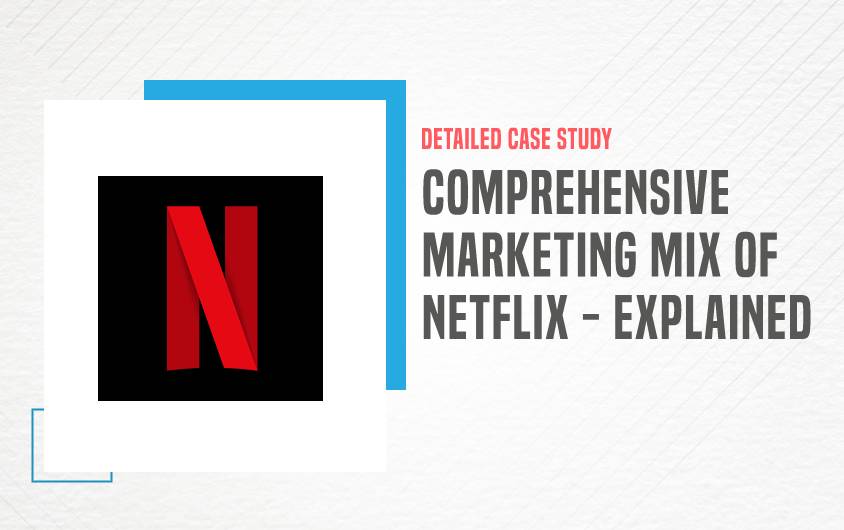 Netflix is the biggest entertainer in the world and the famous OTT platform that captured many hearts especially in the pandemic of Covid 19.

To achieve great success for a company, it is important to use distinctive strategies to keep up its business. Netflix has used its product variants, distribution strategy with reasonable and authentic advertisement.

In this case study, we will be learning about the 4Ps strategy of marketing mix of Netflix.

Before diving into the marketing mix of Netflix, it is better to know about the origin and background of the company. So let’s get started to know about Netflix. 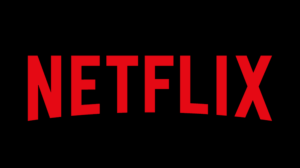 Marc Randolph and Reed Hastings in 1997 established the world’s leading television streaming network named Netflix. With over 1,00,000 videos on its network, the firm has a global subscription base of approximately 57.4 million people.

Netflix has introduced numerous techniques of evolving the marketing mix to raise its sales and produce profits, to its success, and has cut through the competing clutter and reached out to its intended audience by curating a few innovative brand communication strategies over the years

The profits have skyrocketed as it has established itself as one of the best forms of television streaming.

So, we got an overall idea of what Netflix is all about. Now, let’s get to know about the marketing mix of Netflix in brief. 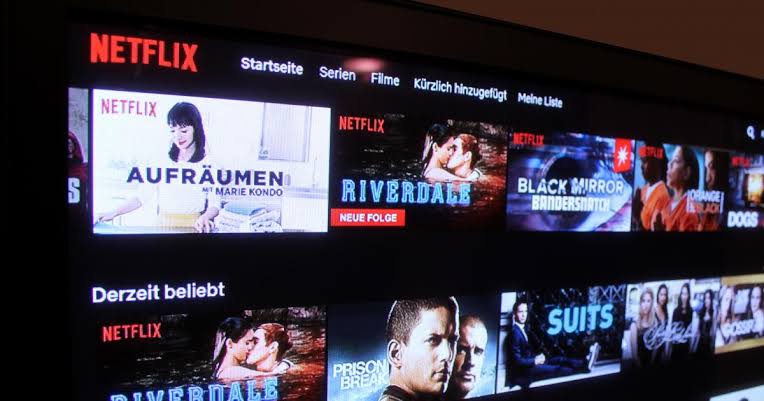 A marketing mix is a tool that assists the company to build its foundation stronger than ever. This gives a smart way of figuring out the outcomes of the brand through 4Ps strategies.

4Ps strategies are typically known as Product, Price, Place, and Promotion. These four strategies of marketing mix help the corporation to launch, advertise, and distribute its product portfolios to the targeted audience and also to the rest among them.

Netflix is the online streaming media and is the leading entertainment business in the world, which at first started as a DVD rental business. At present, it is a website where you can register and pay to watch TV shows, movies, documentaries, and many more. The coolest part of Netflix is, there are no commercials while you are enjoying the content.

The streaming network is updated regularly so it does not get out of date. To use its services, the brand has provided a free trial for a month, where consumers can try it for one month and after that, they have to pay, only if people like it or wish to continue. The positive side is, the customers don’t have any contract with the company, no cancellation fees, no commitment.  People have the freedom of cancelling online subscriptions anytime they want.

For consumers who are interested in joining Netflix, there are three options available such as basic plan, standard plan, and premium plan. Each of which provides differing amounts of content access to customers.

These plans engulf the consumers to try it out for free as a trial method and later they get immersed into the walls of entertainment. Now, let’s focus on the promotional strategy to see its unique and distinctive features of advertising.

Promotional Strategy is the most important for the marketing mix of a brand. As a part of the promotion strategy, the online streaming network has been constantly promoting and advertising its services in different ways.

Primarily, the fundamental source of the promotion is social media websites including YouTube through which the company attracts teenagers, and as well as a high range of adults. However, during 2006, while maintaining advertising on media websites, it also tried personal marketing videos allowing it to be more creative in its promotion for the service.

Since it is a globally well-known brand, there’s a rare chance for intense advertising, so the firm is sticking to pop-up ads, banners, hoardings, and other static ads on websites recently. In the past few years, to further promote the products, the streaming network has featured topmost celebrities to star in the marketing campaigns and advertising videos to increase its sales and profits.

On the whole of its online promotion, to attract more customers, the company highly stressed the free trial for a month to lure consumers and acquaint them by making them try the service for once on a trial basis.

Netflix has created a new set of advertisements for each season or event which eventually helped to increase its sales and audience. In 2013, the firm prepared a winter campaign to promote its service and illustrate how Netflix has a variety of genres for family shows for the holidays, as it did in 2013.

So, these are the techniques that Netflix follows for promoting its product portfolios. Let’s find the pricing strategy of Netflix for a better understanding of its special tactics.

Netflix’s pricing strategy is centred on value. Value-based pricing is unique in that it offers three different subscription options, each with a different value associated with the various costs. The brand has an advantage over competitors who charge per episode or movie with this subscription-based approach.

The brand offers only one screen, which means only one person can view movies or episodes at a time, flexibility to watch on any device, such as a laptop, TV, phone, or tablet, and access to all movies or series under the Basic plan, which costs Rs 500.

The Standard plan, which costs Rs 650, is the most affordable option. Netflix provides the same services as the Rs 500 plan, plus two more screens and HD films.

The most expensive service, Rs 800, comes with four screens, allowing four individuals to stream at the same time from multiple locations. For example, if one of the friends has a Netflix account that costs Rs 800, they can divide the cost, bringing the per-head cost down to Rs 200.

It makes its customers use its streaming services with its feasible and simple plans. This applies the best to all its audience. Let’s take a glance at the distribution strategy of Netflix

Netflix is an online streaming business which makes it available everywhere. The content provided by the brand is available in more than 190 countries. Its services are accessible through Smart TVs, tablets, smartphones with the internet.

Although it has strategic distributors, its online availability allows customers to access its services at any time and from anywhere.

It features a mail-in DVD service in which the DVD is shipped straight to the customer’s home; this is done through a direct distribution route, therefore the product is sent directly from the creator in this scenario.

Must Watch: Learn why Netflix, which is one of the top OTT platforms is losing its subscribers.

Finally, the case study comes to an end. Let’s end this with a summary of the findings.

Netflix is the best example of a company that is doing everything right. From its branding and content right down to the business model and product, the company has been excelled at making smart, strategic decisions always.  With its large market share and focus on numbers, the brand has managed to develop a deep understanding of its audience.

I hope you enjoyed the case study. Please post your comments below. Share it with your peers.

For more interesting updates try IIDE’S knowledge portal. If you aspire to become a digital marketer, then try a free Digital Marketing Basics masterclass in IIDE.