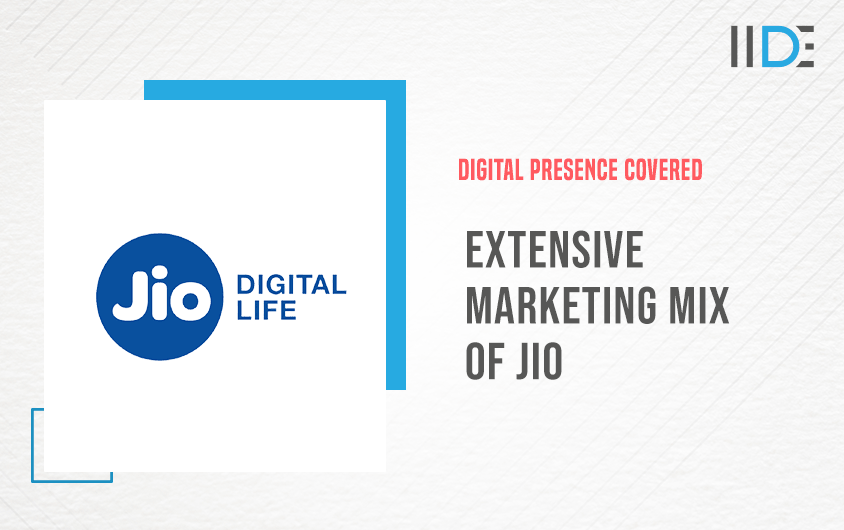 Reliance Jio, one of India’s largest network providers, has taken the globe by storm with its marketing and commercial strategy. It has had a tremendous impact on India’s digital ecosystem transformation. It began operations as a telecommunications company in 2016 and garnered more than 50 million users in exactly 83 days.

It is focused on giving India the chance to benefit from the digital revolution by connecting everyone by offering the finest quality of connectivity at the lowest cost.

Reliance Jio is a mobile service that provides 4G LTE (Long-Term Evolution) which covers all 22 telecom circles in India. Today the brand is successful in India due to its capabilities in marketing strategies, innovation in products, and top-notch services.

In this case study, we will be learning about the marketing mix of Jio by detailing its 7Ps strategies. 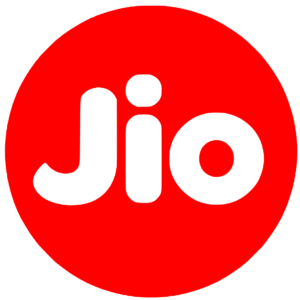 According to the most recent report issued by TRAI (Telecom Regulatory Authority of India), the company rolled out for a commercial launch in September 2016 and now has a full-life subscriber base of 398.31 million. It brought a revolution in the digital world by providing the cheapest 4G data and free voice call plans. Reliance Jio has changed the lives of millions of people in India.

With the support of outstanding marketing techniques, product and service innovation, customer value, and monetary investment, the brand has achieved extraordinary success in India.

Now that you know about Reliance Jio, let’s now understand its marketing mix strategy in the coming section.

The marketing mix helps the company to boost up its business through its traditional and commonly used 7Ps strategies.

The 7Ps elements of the Marketing Mix assist a company in making lucrative marketing decisions and support a company’s ability to outperform its market competitors. 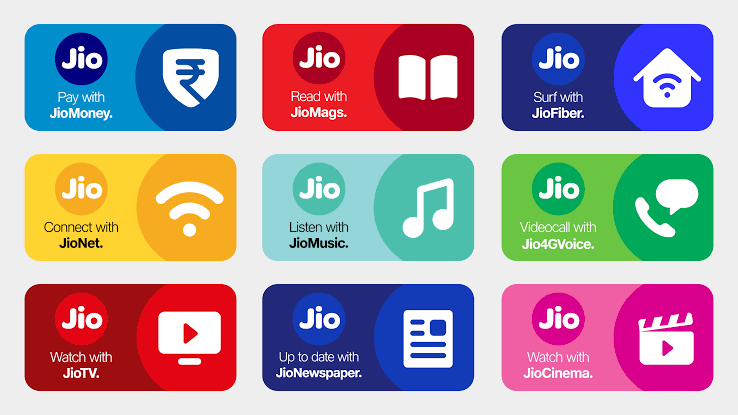 As Reliance Jio is known for its telecommunication business, the product variants are abundantly produced by the brand. Below mentioned are the remarkable products manufactured by the Jio company.

These are the products available in the company. The company has introduced a lot of product portfolios after starting up its business. 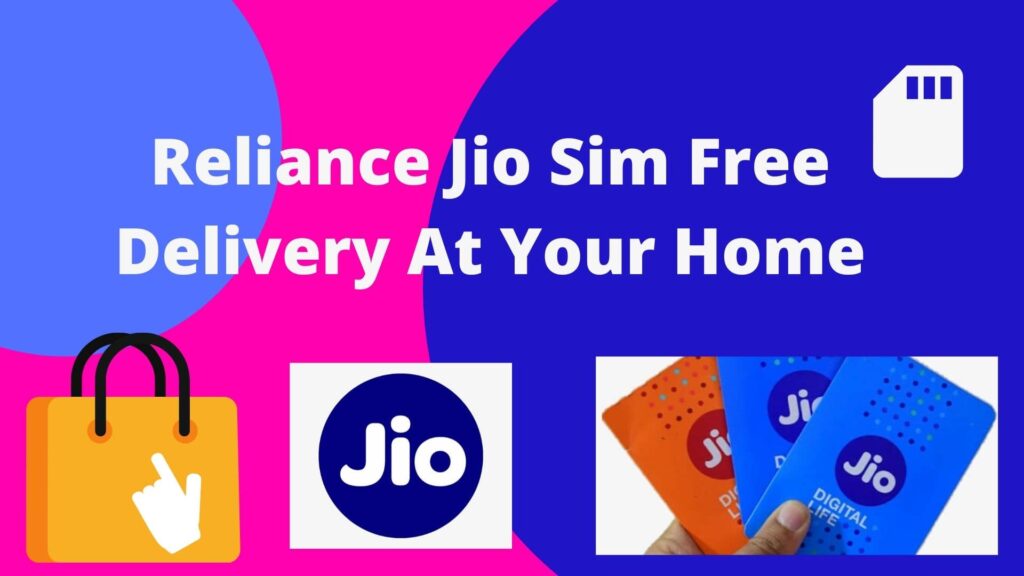 To make India a Digital Country, and take the internet service to every part of the country, Reliance Jio provided free services to its users. The company provided free SIMs to every citizen on the basics of their phone number and Aadhaar Card number.

The brand targeted the audience with smartphones who needed good internet service. The firm sold 14 lakh SIM cards within the first few days. After providing free services, it came up with a flexible pricing strategy and announced a reasonable rate chart for its services. Reliance Jio still kept the voice calls free for the users who paid for internet service.

The introduction of free of cost grasped a lot of consumers which gained a wide range of audiences for the company and ultimately that was the positive aspect of the brand. So, now let’s see how Jio distributes its products to its various customers.

Reliance Jio is an Indian Company and has a strong presence. The company has its headquarters in Navi Mumbai, Maharashtra, and has a powerful setup. It started with free Wi-Fi and Hotspot services in some Indian cities and then offered free voice calls & data services. The brand reached 18000+ cities and across two lakh within the country.

It was able to provide its services to the remote corners of the country like rural areas which resulted in the integration of the country as they were also able to access affordable internet services.

Introducing different ways of distribution strategies gives rise to new audiences. Now that we’ve learned about it, we will start focusing on the promotional strategy of Jio. 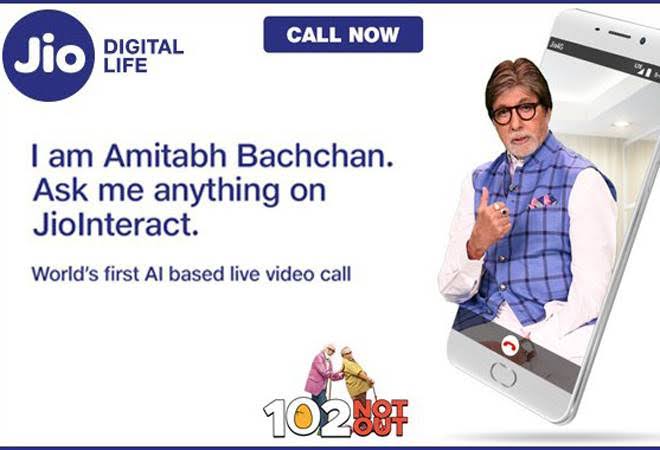 Reliance Jio has a prominent marketing strategy to build good brand awareness among its customers.

They advertised their brand on every social media platform:

The company knows the influence of Bollywood and Cricket on the lives of common people in India. So, it hired Amitabh Bachchan & Shahrukh Khan as its Brand Ambassadors.

The brand also patterned with Pokemon-go which was launched in December 2016 and was a huge hit among the young generation.

Reliance Jio wanted to give its best services to its customers with the best quality. It was a free service in the beginning but still gave the best quality internet service and voice calls. The company also offered free home delivery for its Sims and JioFi Hotspot at the doorstep in less than 90 minutes.

The telecommunication company also made an offer of 100% cashback on the old dongle for the new JioFi. It also provides affordable prices to its consumers and can target every segment of Indian society be it rich or poor with its services. This created a positive impact on the customers.

Jio has a lot of consumers which is the backbone of the company.  Now let’s understand the process strategy of Jio.

Reliance Jio from the beginning focused on the easy availability and services to its customers. It also provides several free applications for Jio Sim users.

The free and easy availability of the Sims to the customers made a good impact. They provided free internet and free voice calls to all their consumers initially for 3 months but it extended for more than a year.

Reliance Jio gave tough competition to all its rivals through its unique advertising and innovative marketing strategy. The competitors are as follows:

The competitors were pressurized to lower their prices as Reliance Jio was providing free services. Reliance Jio also provided good quality service to each customer.

This ends the process strategy of Jio. Let’s take a look at the last marketing mix section of this case study – Physical Evidence below.

It has always delivered high-quality internet connections and phone communications, even when the services were supplied for free.

The brand offers free home delivery of its Jio SIM card as well as JioFi hotspots in less than 90 minutes. In addition, the business offered a 100 percent reimbursement on an exchange of an old dongle for a new JioFi.

This disparity in physical evidence influenced the customer’s perspective positively. With this, the marketing mix of Reliance Jio comes to an end. Let’s end this case study shortly.

But before that, we would suggest you watch this Business Case Study and discover things you didn’t know about your telecom operator- Reliance Jio📲

Reliance Jio is a high-ranked and successful brand today. It had 4.2 million users to date and are still growing. The brand is also India’s largest telecom operator. It started with a cause to make India a Digital Country and reach out to everyone in the country whether it be in the cities or villages.

The firm provided voice call services and internet WiFi service for free. Its marketing strategy was inspiring to everyone around the globe. Reliance Jio is currently working on providing 5G services to its users in India. The organization was also able to capture a huge market share within a few days of its launch.

In general, Reliance Jio has had the greatest impact on India’s digital transformation. With the digital revolution upon us, IIDE assists students in learning how to address company challenges effectively and efficiently using new digital marketing approaches and methods. Explore our course options if you want to learn how to produce such practical and business-driven solutions.

If you’re interested in learning more about digital marketing, check out Karan Shah, IIDE’s Founder and CEO, free Digital Marketing Basics Masterclass. Thank you for reading this case study. We hope you find it fascinating, and we’d be obliged if you could take a few moments to share your thoughts on it.