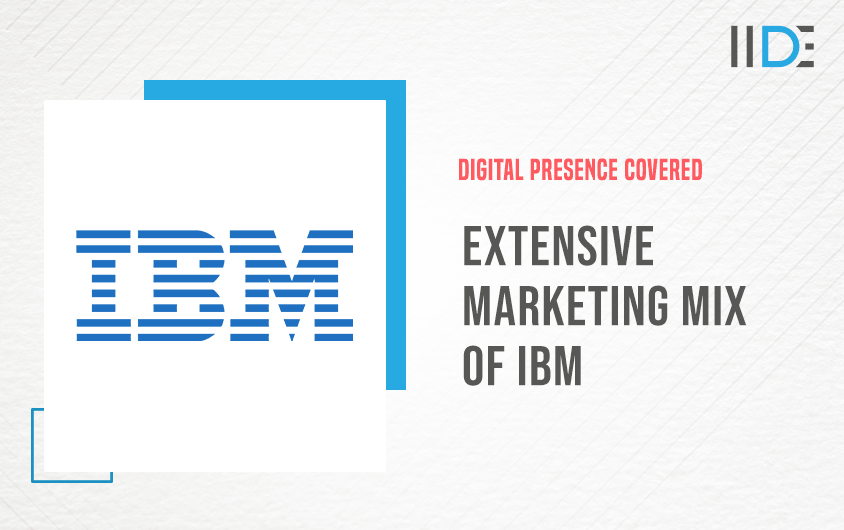 IBM conjointly stands for International Business Machine Corporation. It is a transnational technology company that is located in Armonk, New York, and the company was established in 1911. Currently, it conducts operations in over one hundred seventy countries.

In this case study, we’ll be talking about the marketing mix of IBM that is International Business Machine Corporation in detail. So, Without any further ado, let’s get started with the basic overview of the company IBM. 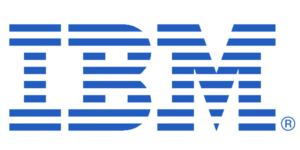 IBM is a public firm based in the United States that is involved in the information technology industry. It is a multinational corporation with headquarters in New York, United States. Computing-Tabulating-Recording Company (CTR) was formed in 1911 by Charles Ranlett Flint, who merged four independent enterprises to form IBM, which was renamed International Business Machines in 1924.

For the 22nd year in a row, the corporation had the most patents in the year 2013. Its employees are its pride, having won five Nobel Prizes and National Medals of Science, as well as ten National Medals of Technology and six Turing Awards for their accomplishments.

Now that we had the introduction to the IBM company, let’s start analyzing the marketing mix of IBM below.

The marketing mix of a corporation, commonly known as the 4Ps (product, place, promotion, and price), is the combination of strategies and techniques used to carry out a marketing plan successfully.

The global information technology market, in this scenario, is characterized by fierce rivalry, which provides substantial hurdles or barriers to increasing revenues and obtaining market dominance.

Let’s detailly explore each section of the marketing mix in the coming sections.

IBM is a technology and consulting firm that also makes computer middleware, hardware, and software. It also provides infrastructure hosting services ranging from nanotechnology to mainframe computers. IBM has been on a continual evolution path, focusing on higher-value goods and profitable areas such as green solutions, virtualizations, cloud computing, security, business continuity, data analytics, and business intelligence since its beginnings. The following are some of the significant advancements and inventions in which IBM has been involved:

The following are some of the products in IBM’s current portfolio:

These are the product portfolios designed and developed by the company. Let’s see how IBM distributes the products to its target markets. 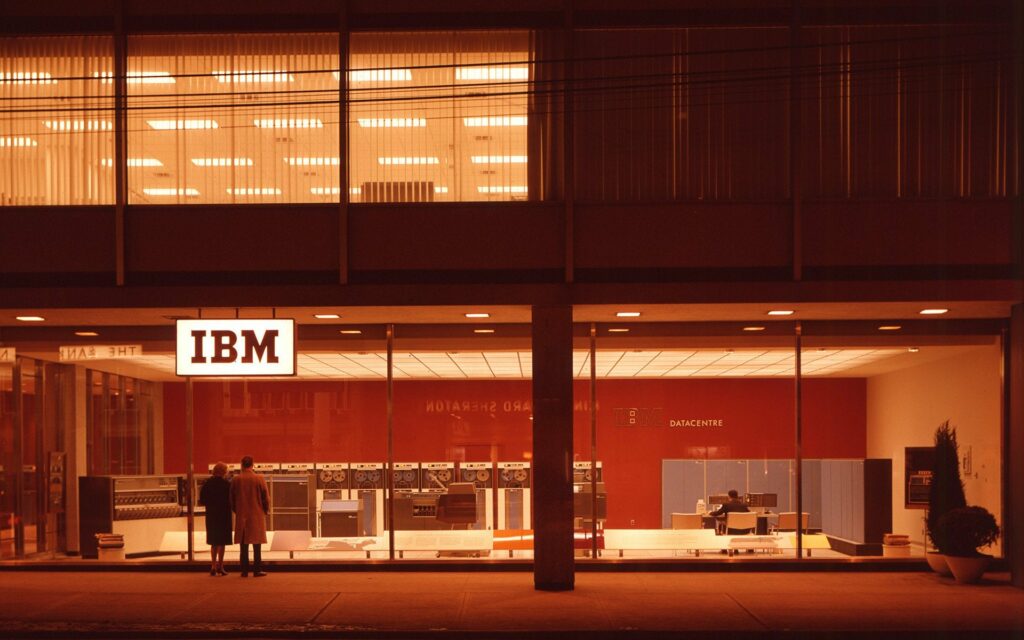 IBM believes in enhanced globalization and has taken use of this concept to open various branches and offices around the world. Every IT company, including IBM, needs research and development laboratories.

The company’s research and development area, operates twelve labs around the world, including Texas, California, Melbourne, Beijing, and Bangalore. It promotes open-source operations and is advantageous to the company in both the long and short term. It also supplies i-series platforms that work with Linux to suit operating system demands.

With 400,000 people, IBM is one of the most profitable and largest worldwide enterprises, able to successfully meet every customer demand. The corporation places a strong emphasis on open communication across all of its locations. It has a well-organized distribution network and a supply chain of reliable vendors.

The American Telephone & Telegraph Company (AT&T) and IBM have announced a merger of Clout and the Internet of Things to create a shared platform with more developer-friendly tools.

The brand has expanded its business to a wide range of audiences, so now let’s get to know how IBM manages to sell its products and services with its pricing strategy.

Customers are becoming more educated, aware, and demanding. They want the best product for the least amount of money, so IBM has strived to pick the ideal initiatives that will provide maximum value to clients while still earning good revenue. Higher profitability and revenue streams have resulted from its diverse business ventures.

IBM has made significant modifications to its mainframe software pricing practices. It has been agreed that costs will be based on the number of users rather than the existing approach, which measures power and size using mainframe MIPS.

The value-added pricing scheme will be a watershed moment for both consumers and businesses, helping to strike a balance between the two. It has opted to use a pay-as-you-go pricing strategy on a select software package.

The firm has compiled a list of twenty popular goods and will allow consumers to mix and match them to create a monthly subscription plan with exciting discounts.  For U.S. citizens and international customers spending $ 500,000 and $ 300,000, respectively, the brand has given 0% financing on services, software, and hardware.

In the event of major deployments, the brand has put in place a mechanism that allows customers to defer payment for nearly six months. 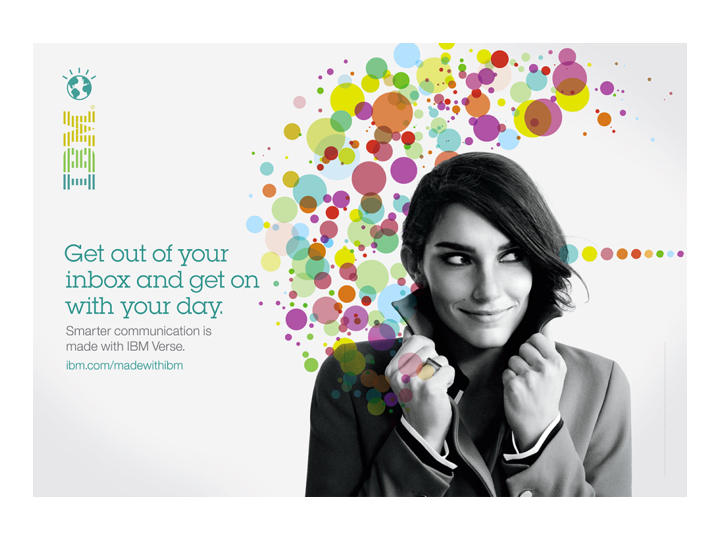 IBM is a well-known brand with a global presence to match. To keep its large client base, the corporation has embarked on a full-fledged marketing campaign. Consumers have gotten smarter and technologically savvy, and they have higher expectations of global businesses. It has effectively met consumer demands by utilizing a variety of instruments at its disposal.

The marketing team of the company has put their heads together to come up with unique ideas that are individualized. Ads are now both catchy and instructive, so people have a good understanding of the products. The company’s commercials are broadcasted on television and social media platforms to raise client awareness of its brand.

Every IBM salesman is required to maintain a professional appearance at all times to project a feeling of expertise, which instils trust in clients when purchasing items. The brand was the first company to provide paid vacations, survivor benefits, and group life insurance to its employees.

It also established a section dedicated to professional education and training for its personnel. The use of blue in the company’s logo, packaging, and products has earned it the nickname Big Blue.

With this, the company’s marketing mix concludes. So, let’s wrap it up with the findings below.

IBM, a publicly traded business in the United States, is a technological and innovation behemoth that contributes to the IT industry. The brand never failed to popularize itself among the target market. Its diligent work towards the company made it achieve great success.

To address such problems, the company continues to streamline its operations, relying on its high-value brand to produce outcomes when executing the marketing mix. Thus the company promotes its product portfolios to the right target audience with reasonable prices.

If you’re wondering how you may master digital marketing abilities, you’ve come to the correct spot. Every week, IIDE hosts free Digital Marketing MasterClasses. This is your chance to enhance your digital skills. Thanks for taking the time to read this blog.