The Descriptive Marketing Mix of Harley Davidson – Covering all 4Ps 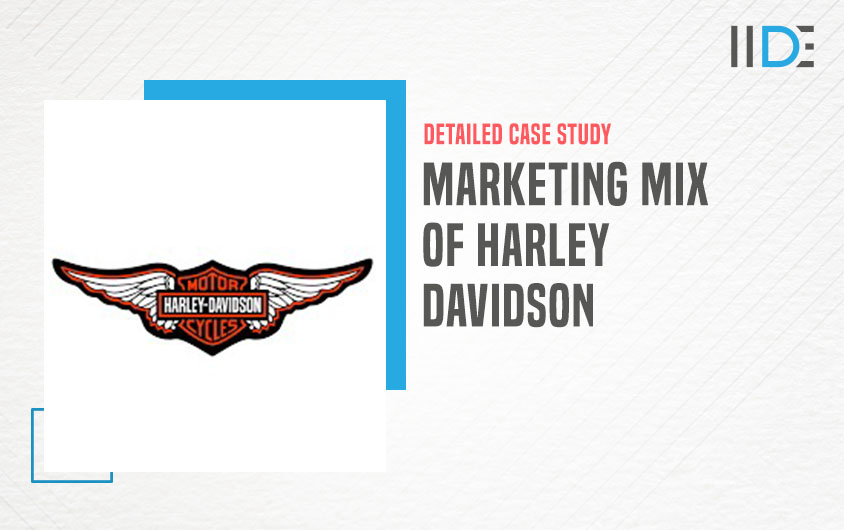 Harley Davidson is one of the well-known bike brands in the world. People carry pride with them when they ride it

It has been in the market for more than 110 years now but it has just grown every year with its incredible ways of marketing and managing its products for its customers.

Thus this makes us keen to know the marketing mix of Harley Davidson.

In this blog, we will be discussing the marketing mix of the company which will include the 4P’s which are Price, Place, Promotion, and Products.

Before we talk about its marketing mix let us first know about Harley Davidson as a company. 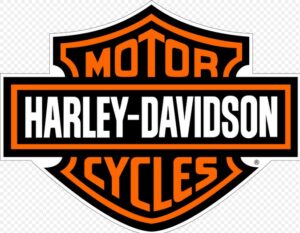 The company has encountered subsidiary arrangements, periods of poor economic health and product quality, various ownership arrangements, and intense global competition. In this way, it has become one of the world’s largest motorcycle manufacturers and an iconic brand. It is widely known for its loyal audience.

Harley Davidson markets its product worldwide. It’s popular for its style and customization style. Under the Harley-Davidson brand, there are home décor and ornaments, accessories, toys, scale models of its motorcycles, also there are video games based on its motorcycle line and the community which is amazing.

Let us now see the marketing mix of Harley Davidson.

Marketing Mix is a set of different techniques used in the company to pursue its marketing objectives in the target audience.

The 4 Ps are Product, Price, Promotion, Place,  which helps the company to stay relevant and flourish.

Let us start by looking at the Product mix of Harley Davidson. 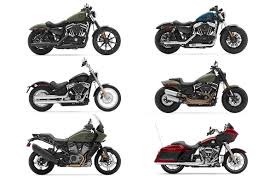 Harley-Davidson has a limited product mix. Some of the most popular products by Harley-Davidson are its chopper/custom motorcycles. Its heavily built bikes and the thumping sound are its trademarks.

It also offers others product lines, such as engines and motorcycle parts, and accessories. It also provides garments and related merchandise under the MotorClothes brand. Harley-Davidson has diversified its business through a limited number of product lines, it is mostly focused on chopper/custom motorcycles.

These are some of the products that Harley-Davidson provides :

Style- Sole styles which can be customized

Reliability- Custom-made motorbikes are made with quality and reliability as their core properties.

Let us now see the Price mix of Harley Davidson.

Harley Davidson mainly deals in heavy-built frameworks and high displacement motors, it indicates and aims at a particular level of variety in its products. It has been providing high-quality products which lead to high costs making it a premium-priced product, and at the same time, directs at a particular segment or class of customers.

Nevertheless, due to this method, the company has even experienced certain difficulties and has gone through red periods in its profit curves, which were overcome by means of rightsizing and layoffs

The outcome is that Harley Davidson has the best positionings when it comes to names of premium Motorcycles. And a lot of this premium positioning is offered because of the price of the motorcycle.

Now let us see the Place mix of Harley Davidson. 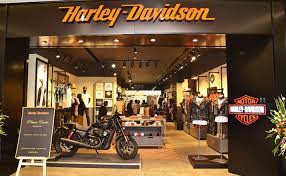 The primary places for the distribution of the company’s products are Authorized Harley-Davidson dealers.

If we talk about the majority of the firm’s revenues, which are generated through these dealers. Some of its dealers are also authorized to rent out Harley-Davidson motorcycles.

The company’s online store lets its consumers place online orders for motorcycle parts and accessories, apparel, and other merchandise.

Harley Davidson has a selective distribution channel and its showrooms are mostly found in premium locations only.

Following are the places for distributing Harley Davidson’s products:

Lastly, let us see the Promotion mix of Harley Davidson.

It has its first-ever overseas factory in Brazil: Taking benefit of the free economic zone in 1988, Harley Davidson was opened in Manaus. The location was placed to sell motorcycles in the southern hemisphere market.

To promote its brand Harley Davidson has been organizing rallies, cross country marathons, bike rides, etc. it has also been featured its bikes in movies and series making a wide large impact in people’s minds as a classy brand.

It has been promoting its products only in top magazines, newspapers, television shows, etc. It has been showing its brand as a model for enjoyment, friendship, and enjoying the journey of life.

The following strategies/tactics are contained in the promotional mix of Harley Davidson’s :

On the overall study of the marketing mix of Harley Davidson, we can see that it is a well-managed brand and has been increasing its expertise and brand value year after year.

It has a unique product strategy in the market. It provides the customers with the access to modify their vehicle’s looks as they decide. It provides different products and services related to its brand like merchandise and sent its bikes by dealers.

It has a premium pricing strategy for its products due to the quality of products and services they give and its brand name in the market.

It has a well-organized distribution channel. It has most of its showrooms in premium locations and has Harley Davidson dealers in all locations.

It has been promoting its brand in only necessary places like top magazines, newspapers, etc, and showing its vehicles in movies and series.

Thank you for reading the blog. We hope that you came to know something new about Harley Davidson’s 4 Ps Marketing Mix from this blog.

Let us know your thoughts in the comments below.

If you like our blog then do share it with your family and friends and explore more of our blogs.