Detailed Marketing Mix of Airtel Including All 7Ps Explanations Airtel, also known as Bharti Airtel is a multinational company, a market leader in the telecommunications industry. It provides various kinds of mobile and broadband services with different features. It is the second-largest market leader in its industry and had an 11 per cent increase in its revenue in 2020.

In this blog, we will look at the marketing mix of Airtel in detail, understanding the 7P’s. Let us first learn more about the company. 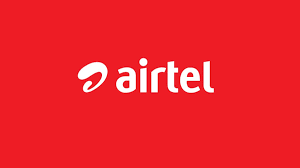 Airtel is an Indian telecommunication company based in Delhi, India. It was founded in 1995 by Sunil Bharti Mittal, who is a billionaire today. The company provides various kinds of mobile services in different networks like 2g, 3g, 4g, and LTE. They also have broadband and voice services available in some countries. It has become a global company now providing its services in around 20 countries including Africa, South Africa and China.

Now that we have a brief about the company, let us descend into the marketing mix of Airtel.

A Marketing mix is an analytical tool under the marketing strategies of any company. It refers to tactics that help a company in branding its products and services. It includes 7P’s which are product, price, place and promotion. These are different attributes that help in determining the advertising tools of the company.

Let us understand it better by looking at the marketing mix of the Airtel company. 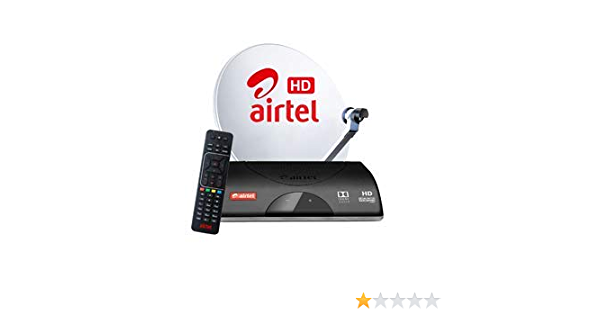 Airtel is one of the world’s largest mobile operators in terms of subscriber base and has a commercial presence in 20 countries and the Channel Islands.

Following are products of Bharti Airtel:

They also provide several services which are as follows-

We can see that Airtel has a very diverse and vast product portfolio which has helped it in gaining a huge customer base and become a major player in the industry.

Airtel has a competitive-based pricing strategy, which is due to the strong competition in the telecom industry. The prices are controlled by regulatory authorities so that fair charges are provided to people. The company provides various packs with different offers in it to have something for every customer. The main aim of the company is customer retention, due to tough competition Airtel focuses on making available some kind of pack with suitable pricing for every customer so that it doesn’t lose customers. The company also uses bundle pricing, having lower prices for combo packs, which makes the customer buy more.

Airtel has very low prices for its broadband section as well by which it has attracted a huge customer base to avail different offers. The company frequently changes its prices because there is almost zero customer retention in the industry.

3. Place and Distribution Strategy of Airtel 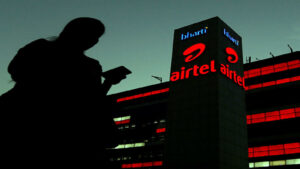 Airtel provides its services via distributors and retailers, which are the baseline of the system. It has its service available at local stores, general stores, airtel stores and roadside stalls. The company also has an app and website from which customers can easily avail the services without any hassle as it is very user-friendly.

They have a very intense network in which they try to cover the remotest area and make available their network and services. Airtel is present in 20 different countries with its wide distribution network and it is planning to expand further in coming years.

4. Promotion and Advertising Strategy of Airtel

Airtel is a well-established and recognized brand in the telecom sector. Airtel organizes strong promotional campaigns for its services including all media channels from TV, print, events, social media. The advertising strategy of Airtel is very comprehensive and extensive. It has used all the big celebrities to endorse their services like Shahrukh Khan, Sachin Tendulkar, Vidya Balan and several other stars. They have also organized some unique and interesting marketing campaigns to target the youth audience and connect with the audience like ‘Har Ek friend Zaroori hota he’ and ‘Jo Tera Hai Wo Mera Hai’, these campaigns have stayed with us till today which proves the effectiveness of the company’s promotional mix.

Airtel has also got a good presence on social media platforms like Facebook, Twitter and has a significant following on them, which the company uses for its service promotion and increasing its reach as a major audience is present on these platforms. Airtel also engages in social topics and does Corporate Social Responsibility activities like Education campaigns, girl child awareness campaigns.

Airtel focuses on the teamwork approach for effective business strategies. It has got a huge employee base of around 18k employees and they invest significantly in the training and development of the skills of its employees. One of the major aims of the company is also to have a productive and healthy work environment.

Airtel has various departments of people like customer service teams, network operators, and local distributors. The company also has talent programs for finding efficient individuals and turning them into successful entrepreneurs, they believe and promote the idea of gender diversity and implement it in the organization. They also provide many opportunities to employees to outgrow themself and they also reward and recognize their employees’ talent.

Airtel has a very straight and streamlined process. The company provides different plans with various kinds of offers in it, to help the customer find their relevant option. Any consumer who wants a new connection can directly reach out to airtel stores or even local distributors, the company has a customer service department through which any problem can be resolved within 24 hours. Recently, Airtel has also opened an “Open Network program” through which a customer can check network strength and register any kind of complaint easily to the company.

The company is continuously working towards transparency and customer satisfaction.

Airtel retail stores and local stores act as the physical evidence for the company. The proper company-oriented stores have trained employees to help customers with any problem they are facing and by recommending correct plans for them accordingly. Airtel products like sim cards and set up boxes are properly designed and are appealing to the customers. The company also has an app that helps customers avail any kind of service and resolve the issues they are facing.

Airtel is a market leader in India and is catering its services effectively. It is known for its innovation and working culture. They have perfectly decentralized their process and cut their cost significantly to provide affordable prices to customers without compromising on the quality factor. Airtel should try expanding its portfolio and try entering new markets to reduce the competition risk the company is facing. Even after all the competition and challenges the company is performing well and to sustain the position, it should enter new markets and stay relevant with new technology and features incoming.

Thank you for taking the time to read the blog, do let us know your thoughts on the same in the comments section.