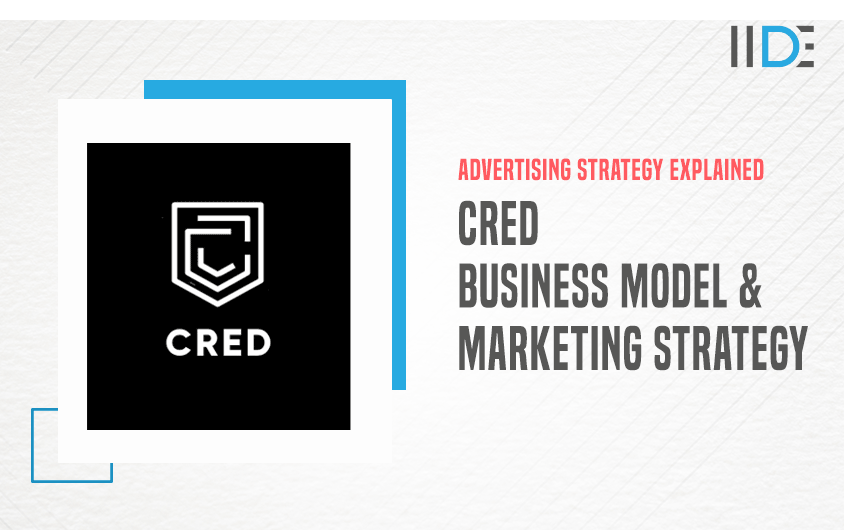 Cred is an Indian startup company that works on making the life of credit card users easy. Currently, the start-up is in its growth stage and is backed by some of the most well-known venture capitalist firms from all over the world.

Lately, they have been implementing a number of marketing strategies that have helped it gather some great traction.

That’s why in this case study, we’ll be understanding Cred in greater detail by going through its business model and the marketing strategies that have caught the world’s attention for their quirkiness.

So, let us begin this case study by first learning more about Cred. 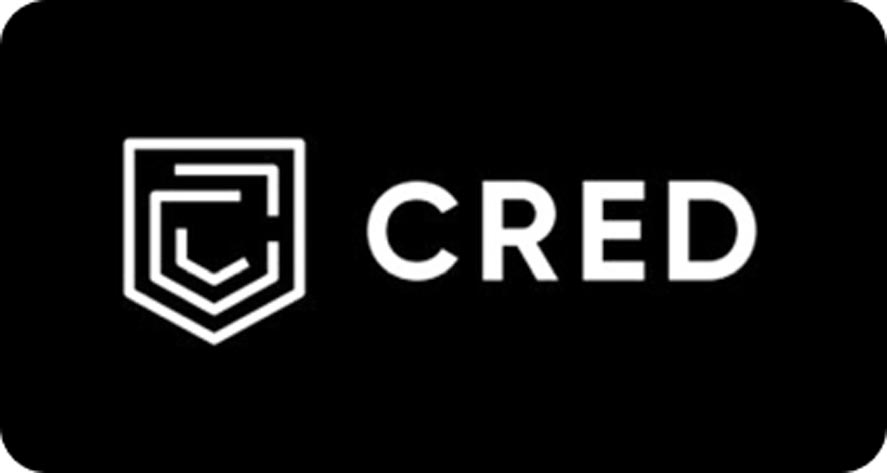 Cred is a fintech unicorn startup founded by Kunal Shah, who was also the founder of FreeCharge. As of today, Cred is based out of Bengaluru, valued at 2.2 Billion US Dollars.

The motive behind finding this startup was to automate day to day transactions and help start the credit revolution, much like the US credit-dependent economy. With the burgeoning middle class of the nation, Cred came into existence in 2018 as the time was ripe to expand the young credit card user base in India.

As an organization, Cred, through its app, works on facilitating credit card transactions of its users and rewarding them with Cred Coins which in turn can be used within its app to redeem discounts and cashbacks.

Cred also offers services like Cred Stash which offers a credit line to its users and Cred Rentpay which provides the ability to pay rent with a credit card.

Now that we have a decent knowledge about Cred and its workings, let us now understand its business model in the coming section.

Use Case of Cred

Today in this fast-paced life, there are so many monthly payments to make, especially credit payments such as EMI of that new car or of that new house or maybe for that new mobile phone you purchased using the credit card.

Such payments are very important and missing such deadlines can lead to very hefty late payments charged by the bank. Believe it or not, a Credit Card Company’s major source of income is the very hefty fines they charge for these late payments.

This is exactly where Cred kicks in — making it easy and convenient for anyone to pay their credit card bills on time. 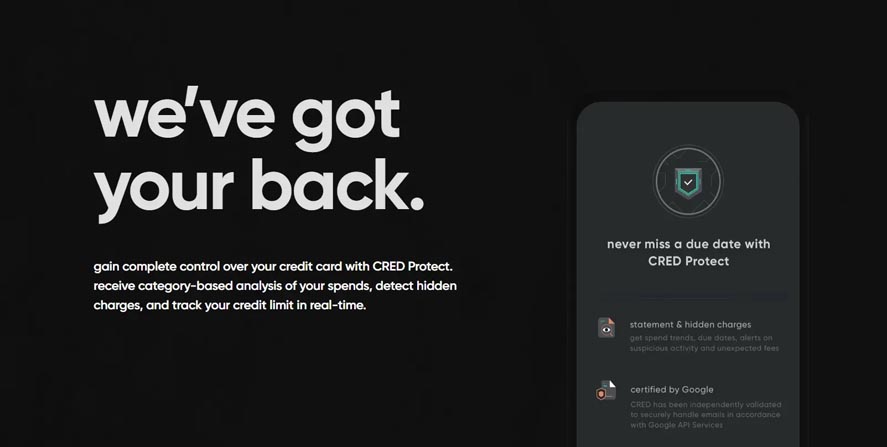 Now that you know the use case of Cred, let’s take a look at its target audience.

It initially targeted wealthy individuals and created a community called Cred Club. However, today anyone with a credit score of more than 750 points can get access to the facilities of Cred and be a part of its club.

As of now, it is focusing on targeting Generation Y i.e people between the age of 25 and 40, especially those over the age of 30.

All of the current marketing activities of Cred is curated around seeking the attention of Generation Y. That’s why there is Rahul Dravid, Javagal Srinath and Venkatesh Prasad in their ads and not Virat Kohli or Hardik Pandya. Likewise, it has Madhuri Dixit, Anil Kapoor and Kumar Sanu and not Alia Bhatt or Varun Dhawan.

Now that you know about its targeting strategy, let’s now understand its actual business.

It currently does not charge any entry fees from its users. Neither has it teased its audience with any kind of membership. However, it has partnered with various brands to whom they charge commission in exchange for giving them a space on the CRED App. Recently, it launched CRED Stash in partnership with IDFC First Bank to offer loans to its users.

Cred is currently fully focused on targeting its niche by aggressive marketing tactics and reward offerings such as cash backs, deep discounts etc.  Just like what Jio, Zomato and Paytm did in their growth stage – Giving hefty discounts, cashback initially for getting its audience used to its services and then finally charging for its services.

Cred’s business model’s success can be gauged once it attains the maturity stage over time as it is the first of its kind in the Indian markets.

Let us now go through the marketing strategies that generated so much news and talking among the netizens. 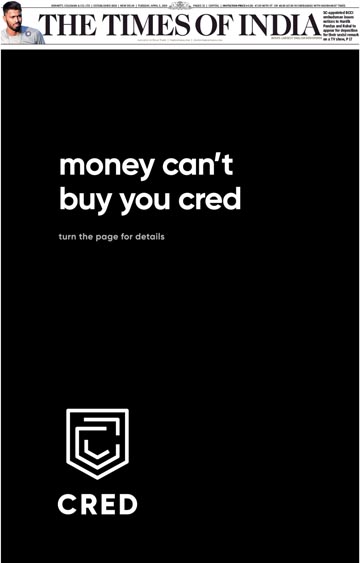 Cred has several different marketing strategies. Some are viral marketing moves while others are as simple as releasing simple finance-related blogs and rewarding users with cashback and discounts.

But every strategy has two things in common, uniqueness and the ability to create brand awareness & brand recall. 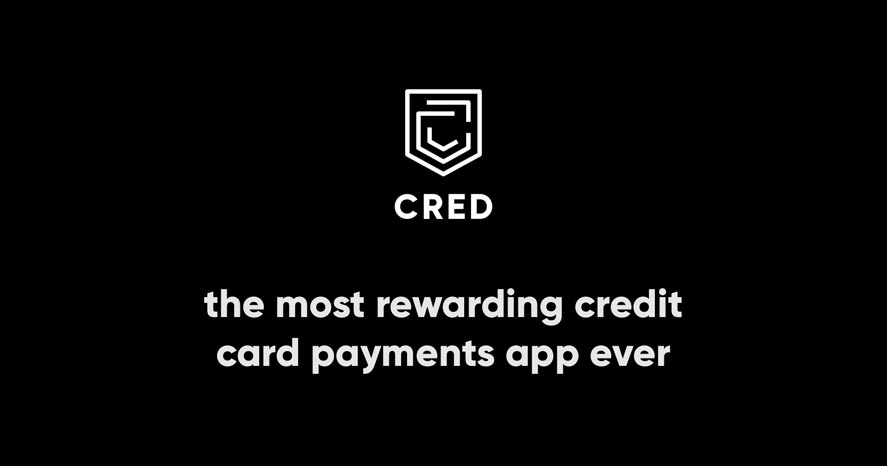 Cred has partnered with the Indian Premier League (IPL) as an associate sponsor for 3 seasons and most of the marketing activities done by Cred are also during the time IPL kicks off. They organize social media contests, marketing campaigns and advertisements. This helps the brand gain more exposure and create trust among the general public. So let us now go through its marketing strategies in greater detail in the coming sections.

Viral marketing or moment marketing is doing brand related promotional activities by utilizing the latest trends and memes in the zeitgeist to gather instantaneous attention.

Imagine it’s a Tuesday and you’re working on your boring day shift job and suddenly out of nowhere, you receive a cake as a reward for paying bills. Delighted, isn’t it?

Yes, that’s what Cred did. In 2019, Cred attempted this customer acquisition move, targeted towards colleagues of existing users.

All it did was sending a cake to the user’s workplace, making every colleague eventually ask “who sent you this cake?” to which the user naturally replied, “Cred, it’s an app for paying bills” and thus generating guaranteed app downloads. 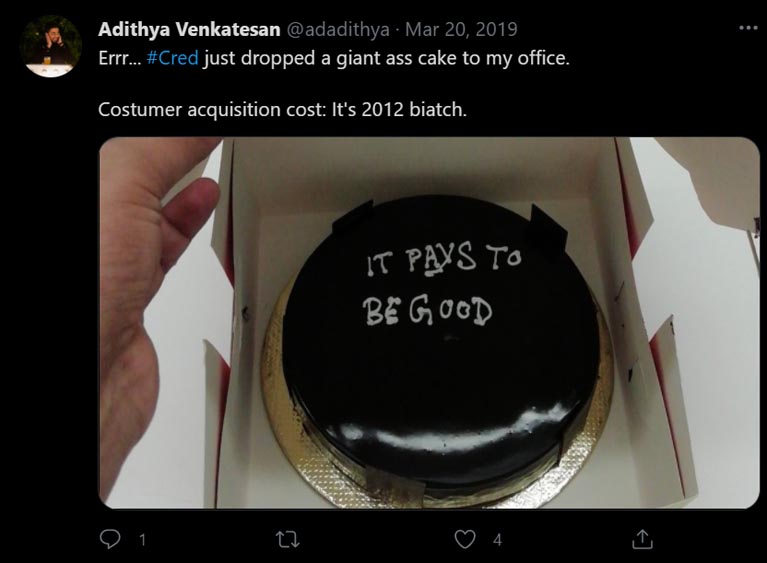 Cred rolled out Mega Jackpot during IPL 2021. From winning iPhone’s for a decade to Bitcoin. This campaign had it all. 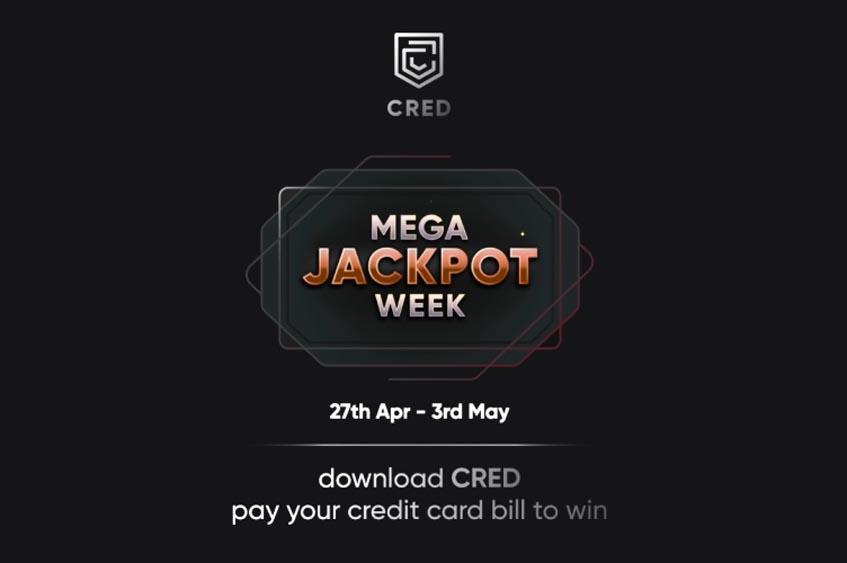 The concept behind this campaign was to offer its users a chance to participate and win jackpots. As the name suggests, Mega Jackpot Week, Cred gave away seven different rewards such as Gold, Harley Davidson Fat Boys, brand-new iPhones for a decade, free flights for five years, a TATA Safari car, a complete home makeover and a Bitcoin!

This campaign, just like many of Cred’s other campaigns, created a lot of buzzes around on news channels and social media.

Also, Cred had rightly managed to cash in on the bitcoin trend as the launch of this campaign coincided when Bitcoin was trading at its all-time high and was the hot topic all over the world. 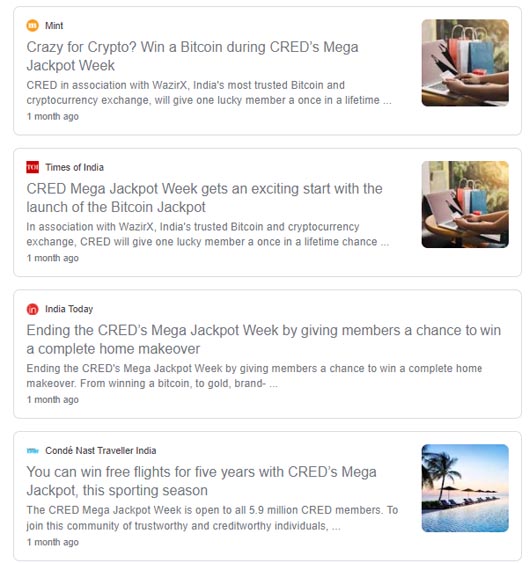 Just like the Mega Jackpot campaign, Cred came up with the Cred Power Play campaign during the IPL 2021. 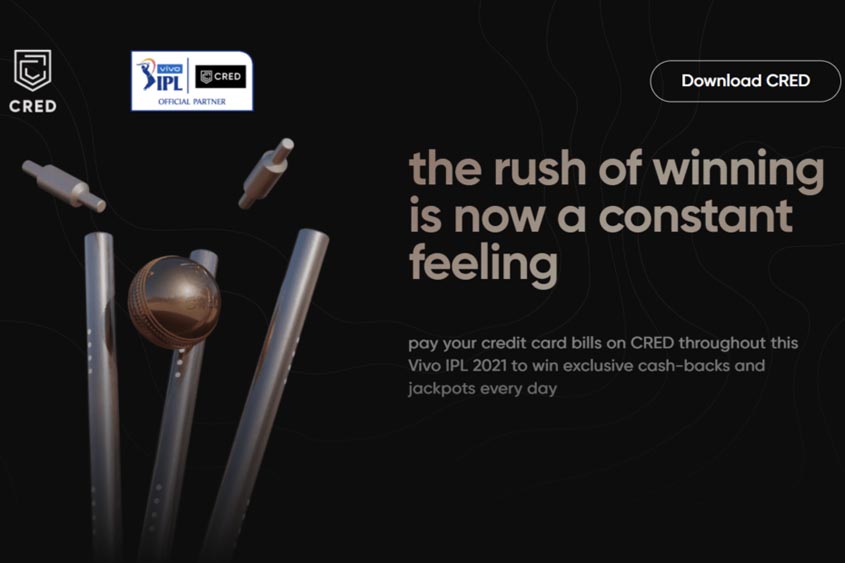 The concept was simple. Pay during the powerplay overs of the IPL game and stand a chance to win assured 100% cashback on the bill payment. The winner also stood a chance to get featured on the virtual fan box.

Basically, Cred offered to pay one credit card bill for each IPL  game. 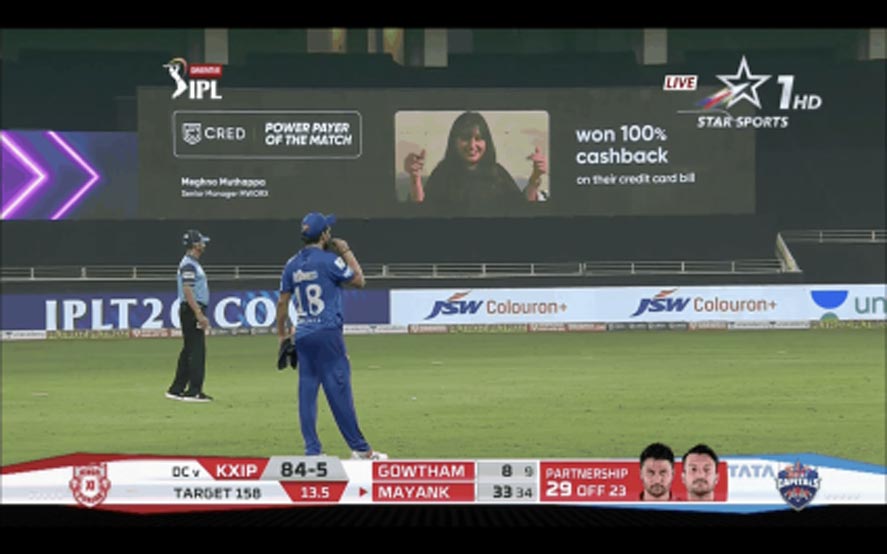 In another viral master marketing move, Cred gave away one of the most luxurious cars to one of its lucky winners through its app during Diwali 2020. 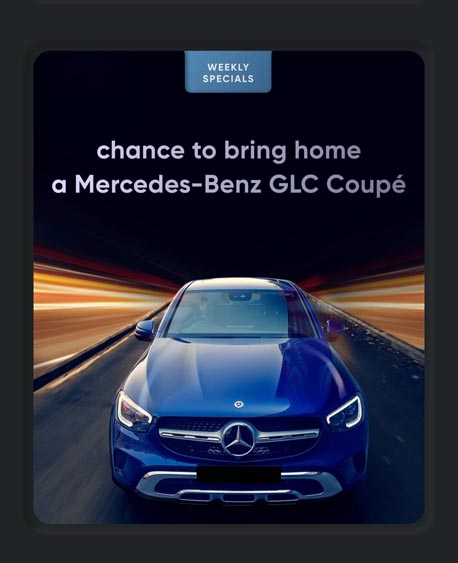 Hence the tagline… “ the most rewarding credit card payments app ever”

Advertising is a powerful tool for persuasion. Cred uses it to create trust and enthusiasm for their product, then uses it to sell you something they think you need.

There’s no question that advertising has become more sophisticated over the years given the significant rise of the internet and Cred has managed to utilize the truest potential of advertising. All thanks to its creative takes, subtle quirkiness and heavy spending.

Great for Good – An IPL 2021 Advertising Campaign of Cred

This was the campaign that made the whole of India go crazy on seeing Rahul Dravid as the “Indira Nagar Ka Gunda”.

Cred had released four different advertising commercials in this campaign. As usual, Cred being Cred, the storylines revolved around portraying celebrities in their extremely absolute abnormal behaviours. Very subtly done and hilarious at the same time.

It revolved around celebrities such as popular former cricketers such as Javagal Srinath, Venkatesh Prasad, Saba Karim, Maninder Singh and Rahul Dravid. Along with artists like Jackie Shroff and Kumar Sanu.

Cred was trending No.1 on Twitter after the release of this campaign. Netizens and various popular brands and celebrities appreciated this campaign in some or another way. 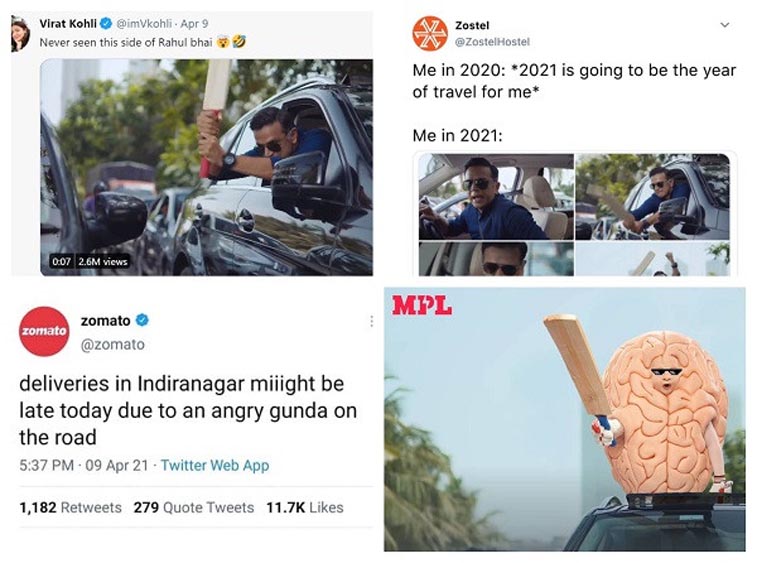 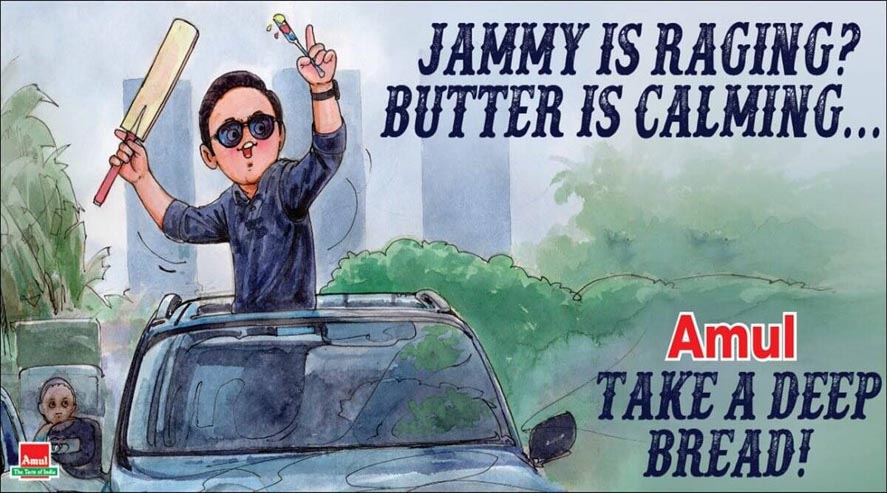 Not Everyone Gets It – An IPL 2020 Advertising Campaign of Cred

Cred’s first proper foray into television advertising began with this campaign. The concept behind this advertising campaign was to highlight the use case of the Cred app and the rewards that one gets on paying credit card bills.

This campaign created a huge positive impact for Cred resulting in about a 700% rise in the Cred App downloads. 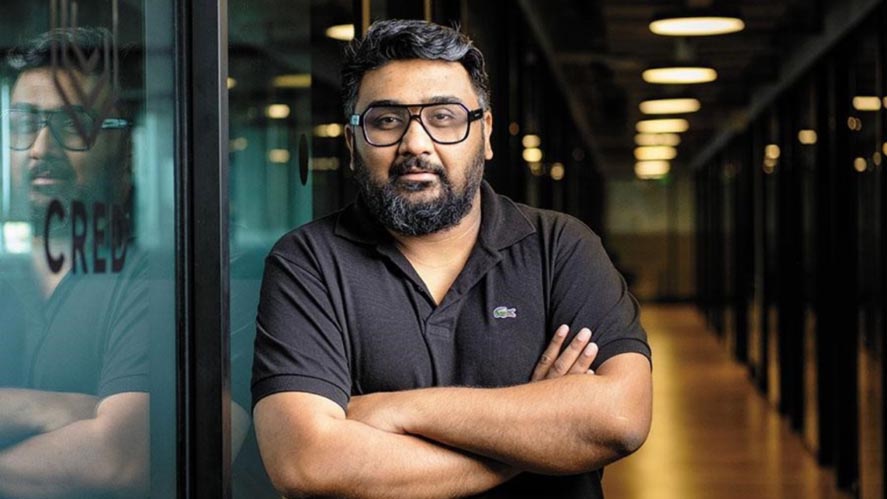 To give you brief information about Kunal Shah. He was the founder of FreeCharge App which was later sold to Snapdeal for a price close to half a billion dollars and later went on to start Cred.

He is regarded as one of the brightest figures in the Indian Start-Up Ecosystem.

As a founder of Cred and a  24/7 curious man, he has a maintained an active presence on social media handles like Twitter and Instagram. He uses these mediums to share thought-provoking tweets or something that’s sarcastic as well as indulging in conversation with other entrepreneurs. This personal branding also had helped Cred in creating trust and market itself when it was in its birth stage back in 2018.

Today, Cred has kind of become synonymous with Kunal Shah just like how Bitcoin and Tesla are with Elon Musk.  He also actively takes part in various seminars, discussions and podcasts to share his vision and views regarding the startup community and finance in general. 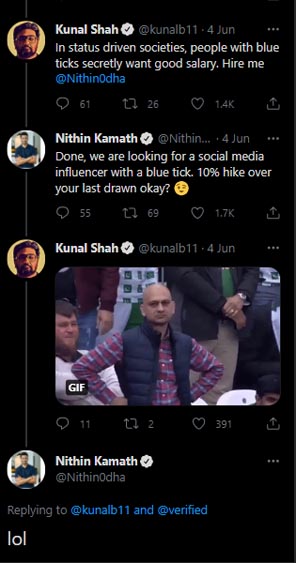 As said, the aim of Cred is to make Indians financially literate and trustworthy credit holders. To achieve this, it works by curating blogs related to Credit cards, General finance and Fintech on its website.

And Kunal Shah, being a curious man, releases podcast like content on topics related to money, startup, trends under its CRED – Curious series by conversing with various experts and entrepreneurs. 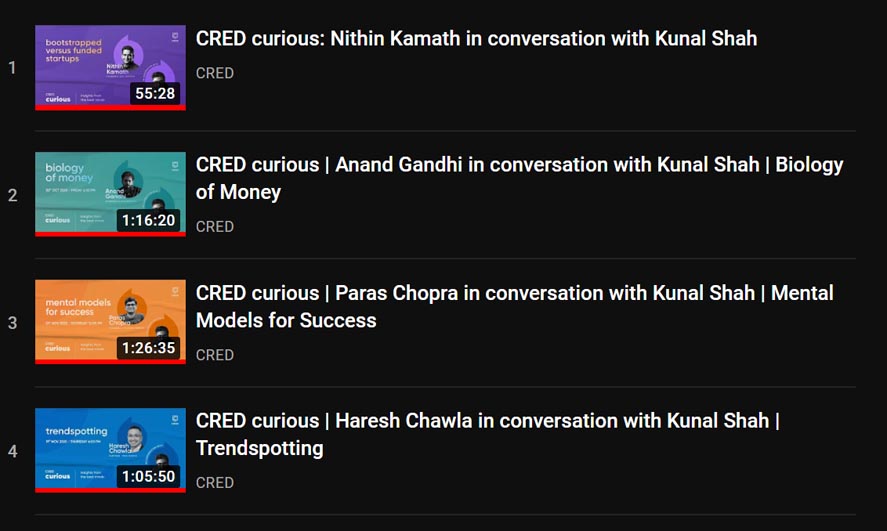 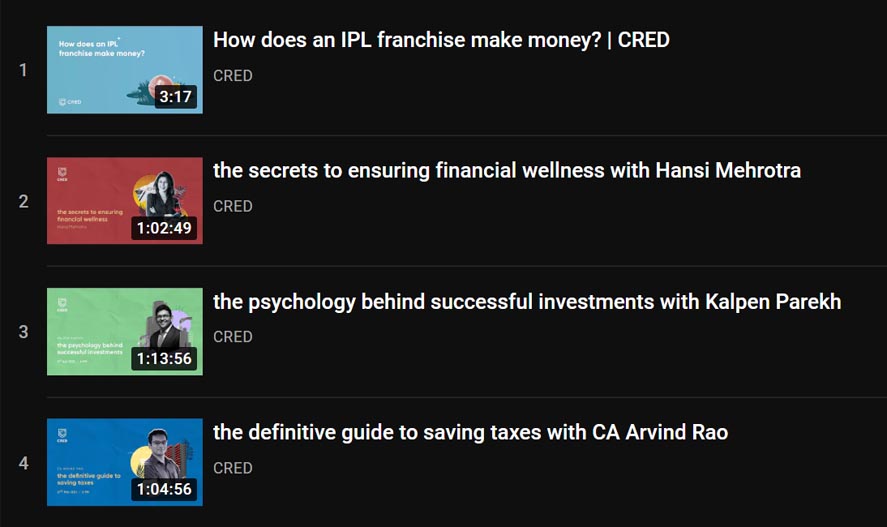 CRED On The Money

With this the case study on Cred comes to an end, let us now go through the final points in the coming section.

Cred is an innovative fintech company that aims to bring about a change in the mindset of Indians with respect to credit cards and personal finance. It is currently focusing on the particular niche of credit benefits and aims to take the first movers advantage in the category.

As of now, backed by investors in good faith and with its out of the world marketing strategies, the company is doing a great job in acquiring its customers through utilizing cutting edge digital marketing techniques. However only time will tell how Cred’s true business model will be accepted by the users.

Liked our work? Interested in learning digital marketing further? Do check out our Free Digital Marketing Masterclass by Karan Shah, the Founder and CEO of IIDE.

Let us know your thoughts on this case study in the comment section down below. Thank you for reading, and if you liked it, leave a like on the post and share it with your friends and families.