Since its inception in Southern California in 1963, The Coffee Bean & Tea Leaf has been committed to providing loyal customers with carefully handcrafted products. In 1987, history was created when a barista invented the Ice Blended drink at its Westwood, California store.

We must understand Coffee Bean and Tea Leaf SWOT Analysis to better know the reasons for their continuous growth, which is necessary for any business to survive and thrive in the market.

In this case study, we’ll look at Coffee Bean & Tea Leaf and its SWOT analysis. 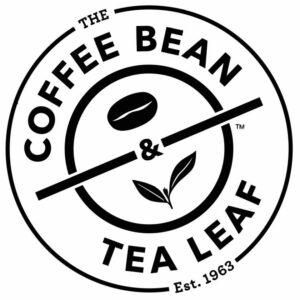 The Coffee Bean & Tea Leaf (abbreviated CBTL) is an American coffee shop chain. It is sometimes shortened to simply “Coffee Bean” or “The Coffee Bean.” Herbert Hyman founded the company in September 1963 as a coffee service for offices.

Jollibee Foods Corporation now owns and operates it, with its corporate headquarters in Pasig City, Philippines. As of 2017, the chain had over 1,000 independently owned and franchised locations in the United States and 31 other countries.

Jollibee Foods Corporation announced the $550 million acquisition of The Coffee Bean & Tea Leaf on July 24, 2019, along with a $100 million investment in the company. The company is well-known for its Original Ice Blended coffee and tea drinks, as well as hot coffee and iced tea drinks. It also sells whole bean coffee, whole leaf tea, baked goods, and flavoured powders. Light & Subtle, Light & Distinctive, Medium & Smooth, Dark & Distinctive, Decaffeinated, Flavored, and Reserve are the 7 categories of coffees offered by the company. Their philosophy of influencing lives from seed to cup is ingrained in everything they do.

Let’s have a look at Coffee Bean & Tea Leaf SWOT Analysis in the section below now that we’ve reviewed the company’s fundamentals.

A SWOT analysis is used to assess a company’s strengths, weaknesses, opportunities, and threats. Its primary goal is to assist organizations in gaining a thorough understanding of all the factors that influence business decisions.

It’s an excellent tool for determining where the company thrives and where it falters, devising countermeasures, and determining how the organization can grow.

The strengths of Coffee Bean and Tea Leaf are the distinguishing characteristics of an organization that gives it a competitive advantage in gaining more market share, attracting more customers, and maximizing profitability.

Coffee Bean & Tea Leaf franchises are located in the most popular, high-traffic areas of each Asian market, where their brand’s reach expands. Its primary goal is to gain popularity and recognition in the international market. Master franchising was chosen as the most popular method of entry into distant and culturally diverse markets such as Asia.

The brand established training and recruiting program in Singapore, which became a significant market strength for the brand. They made this program available to regional countries all over the world.

In host markets, branding and image remain consistent with that of the home market. Despite knowing that cultural differences could affect demand for their products and services, The Coffee Bean & Tea Leaf believed that standardization was far more important than adaptation. Adaptation is also used in The Coffee Bean & Tea Leaf’s product offering.

Herbert B. Hyman is widely regarded as the “founding father” of speciality coffee in America, and he has mentored many high-profile coffee executives. Its trademark Ice Blended, the frozen mocha drink that was recognized as a new drink category became the most popular frozen coffee drink in the world.

The master franchisees are not permitted to sub-franchise any of their outlets. This is due to the speciality coffee’s limited size. They focus on specific niche markets rather than the general public.

Franchises in other countries may face significant management challenges because each location has its own set of ethics and rules. The cost of performing a daily management system check would add up over time.

Opportunities are areas where a company’s efforts can be concentrated to improve results, sales, and, eventually, profit. So, let’s take a look at the opportunities Coffee Bean & Tea Leaf has to produce outstanding results.

Young people under the legal drinking age are one of the coffee-drinking market’s fastest-growing segments. It becomes a pleasant gathering place for all of their friends.

Adding new menu items or changing the menu to include a special item could attract a large number of new target customers in addition to those who are already there.

Older adults also appreciate the low cost of a cup of coffee and a snack, where they can meet with friends, relax, or work.

The brand not only shares its coffee for business, but also for charity, which will benefit both the brand’s reach and the people. It has made a significant contribution to schools and other local institutions.

Following their success in Singapore, they believed that their business in Asia could flourish significantly. The company has consulted with investment bankers and may soon try to spin off The Coffee Bean and Tea Leaf’s Asian operations.

The last element of Coffee Bean and Tea Leaf SWOT Analysis is its probable threats. These are environmental factors that can obstruct a company’s growth. Some of Coffee Bean & Tea Leaf’s threats include:

The Coffee Bean and Tea Leaf are not the only brands that people prefer; numerous other brands are just as well-known and desired as The Coffee Bean. Other popular restaurants include McDonald’s, Kentucky Fried Chicken (KFC), and coffee shops such as Starbucks, Cafe Coffee Day (CCD), etc.

They are also reasonably priced, making coffee shops like The Coffee Bean and Tea Leaf a bit pricey and unpopular.

Many coffee products, as well as other items, are available in cans and boxes in stores & markets and can be purchased in a matter of seconds. Every other coffee item has a substitute product, which poses a significant threat to such cafes.

Customers have several options for where they can buy the product. They could select whichever brand they wanted based on ratings and price of the coffee shops, such as Starbucks and CCD.

People want to give up caffeine and live a healthier lifestyle, but decaffeinated coffee is still not widely accepted. Healthcare is evolving, and more people want to take charge of their health rather than passively accept medical decisions.

Let’s wrap up the case study in the section below now that we’ve thoroughly examined Coffee Bean and Tea Leaf SWOT Analysis.

Herbert B. Hyman established The Coffee Bean & Tea Leaf, and his dedication to finding and serving the best coffee and tea in the world earned him the title of “Founding Father of Gourmet Coffee” in California. Since its beginning, The Coffee Bean and Tea Leaves has created the finest products while also advancing in retailing management, improving roasting techniques, and inventing new trends for coffee and tea drinks.

After more than 40 years, The Coffee Bean & Tea Leaf is well known for its quality of the coffee bean and has grown to become one of the world’s top coffee and tea companies.

Did you find this Coffee Bean and Tea Leaf SWOT Analysis useful? Do you want to learn about more successful companies’ SWOT analyses? Check out the knowledge portal on our website for more such content.

Please let us know what you think about this case study in the comments section below. Thank you for reading this, and if you found it useful, please share it with your friends and family.