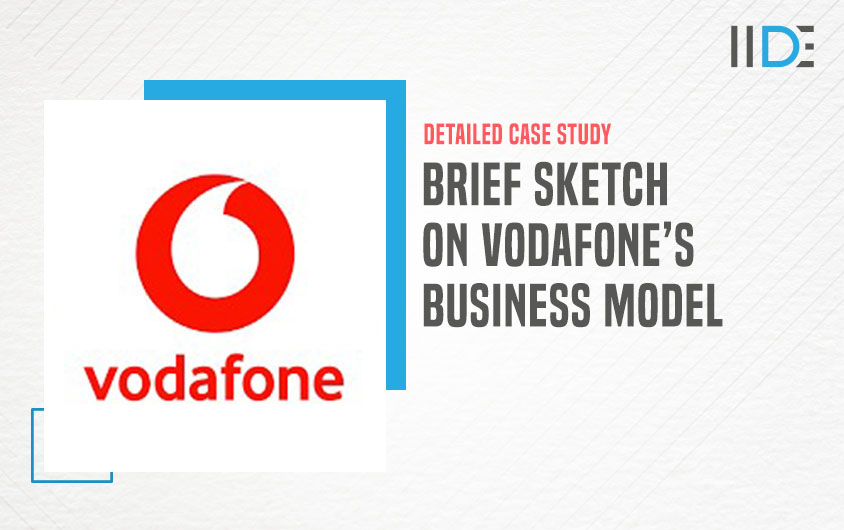 Vodafone is Europe’s leading converged operator with the largest 5g mobile network and leading TV platform. Meanwhile, in Africa, they are leveraging their leading data network to expand upon their pioneering platform i.e  M-Pesa, their mobile financial services offering. As India is going digital and the entry of Jio in the Indian market has made the internet accessible for everyone the competition among the service providers has risen as well.

As users across the world go digital, marketing has followed them to the digital realm as well. If you are interested in new-age digital marketing, then you should definitely check out IIDE’s Free MasterClass on Digital Marketing 101 by our CEO and Founder, Karan Shah.

Won’t you like to know the business strategies these companies are using to survive in the market?

In this article, we would like to provide you with all the information that you need to know about the business model of Vodafone and all its aspects. But before we begin decoding that, let us start by learning more about Vodafone as a company.

Vodafone is a British leading multinational company headquartered in Newbury, Berkshire. Its predominant markets are Asia, Europe, and Africa. Ernest Harrison and Gerry Whent established it in 1991. It will be present in approximately 22 countries by 2020. Vodafone derives its name from the sentence “voice data fone,” which the company chose to represent the availability of voice and data services via mobile phone.

Racal Strategic Radio Limited, a corporation of Racal Electronics, the UK’s largest manufacturer of military tech, formed a joint venture with Millicom called ‘Racal,’ which evolved into the current Vodafone, in 1981.

Forbes ranks Vodafone 395th out of the world’s 2000 top brands. It had the country’s second-largest subscriber base. It is the world’s second-largest mobile operator, trailing only China Mobile. Vodafone connects people all over the world securely and conveniently, with over 470 million customers worldwide.

Now let’s get into the main segment of the case study – the Business Model of Vodafone.

A business model is an outline of how a company intends to make money in a specific market with its product and customer base. A business model, at its core, explains four things:

Let’s start exploring the business model of Vodafone in the coming section starting from its market share.

In 2021, Vodafone Idea’s market share will be 24.58 per cent. While Airtel’s market share increased to 29.62 per cent, Jio remains India’s largest telecom company with a 35.30 per cent market share.

Due to the massive tariff war and reduction in margins following Jio’s entry into the Indian market, Vodafone merged with the Aditya Birla Group’s Idea in 2018 to form the joint venture – “VI”.

Let’s dig into the fundamental component of the business model of Vodafone – product portfolio.

Vodafone provides a diverse range of products, including voice, messaging, data, and fixed-line services. The goal is to help customers with their communication needs. Text messaging and voice services remain the primary uses and functions of handsets. To meet the diverse needs of its customers, the company offers a variety of tariffs tailored to different customer segments.

Customers are looking for the best product quality as data usage and the need for sophisticated handsets has become a necessity, and Vodafone continues to provide it. Today’s customers spend hours and hours on social media platforms and that is where the real business growth now lies. If you are interested in learning how to do advertising on these platforms, check IIDE’s Social Media Marketing Course to upskill.

As a result, Vodafone-branded devices and services are tailored to a diverse range of customer preferences and needs. So, now let’s find the pricing strategy of Vodafone.

Now we will see the pricing strategy of Vodafone. Vodafone has maintained loyalty by providing high-quality services and a range of services. Vodafone prices its products based on the services that the customers opt for. The prices of Vodafone products are targeted at various segments thereby catering to the segment depending upon the satisfaction they would receive from the service at that price.

To compete, Vodafone prices its products in line with the competition. Now we will see the target audience of Vodafone.

Vodafone segments its offerings in mobile network services, enterprise services, and broadband services using a combination of segmentation strategies. It makes use of segmentation based on geography, demographics, and psychographics.

Vodafone’s various offerings are aimed at different segments of society. As a result, it employs a selective and differentiated targeting strategy.

This concludes the core of the business model of Vodafone. Let’s now explore the competitors of Vodafone in the upcoming section.

The telecommunications industry is competitive, with many mobile phones, TV cable, and fixed-line providers competing in the interconnected industry. Vodafone has distinguished itself from the other 12 major telecom companies by providing a diverse range of services, high-quality network infrastructure, and converged offerings (mobile telephony, fixed-line, broadband, and cable TV), which has allowed it to capture a large share of the customer’s wallet.

With this, the case study of the business model of Vodaphone comes to a conclusion. Let’s wrap it with a summary.

Through this blog, we saw how Vodafone is one of the big players in the telecom sector. Although it is facing some problems, it is still making huge profits and trying to improve its management and marketing strategies to improve its performance in the sector and as the sector is growing very fast the sky’s the limit for Vodafone.

One thing that has kept Vodafone relevant and popular among its users is its marketing strategies. At the moment, the whole world is operating their activities on the internet, it is very important to establish a good brand value on social media platforms. If you wish to learn how to create an impactful and targeted advertising campaign, be a part of IIDE’s Online Digital Marketing Course which upskills you in all aspects of the rising digital marketing field.

Want to know more about the marketing strategies and business models of different companies? Head on over to IIDE’s Knowledge Portal to learn more.