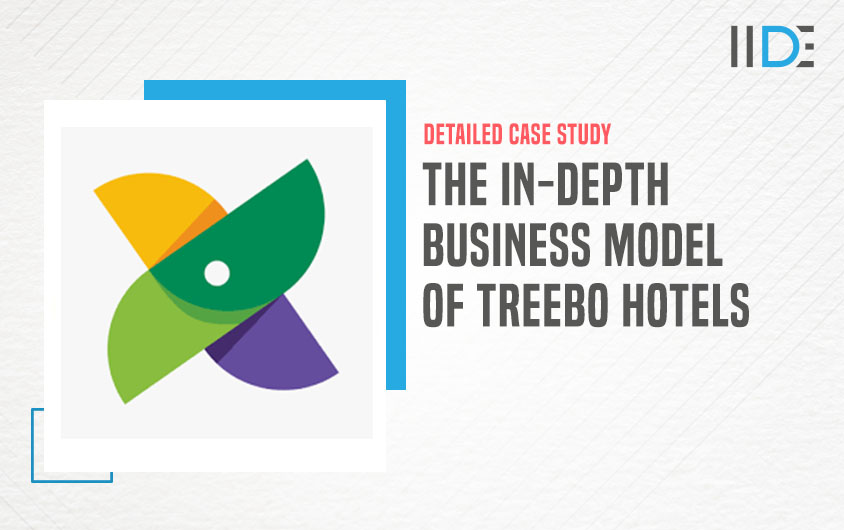 Treebo Hotel is well-known for providing excellent facilities and services to their customers. Treebo Hotel is expected to make more money than ever before by 2021 and that is why the hotel chain is backed by well-known investors such as SAIF Partners and Matrix India Partners.

In a hyper-competitive market such as hotels and hospitality, marketing becomes a key area for companies to get ahead of each other. Currently, the field of marketing is also changing and fast digitizing. If you are interested in learning more about the latest, watch the Free MasterClass on Digital Marketing 101 by our CEO and Founder, Karan Shah.

Treebo Hotel has had many ups and downs over the last four years, resulting in many layoffs and fortunes plummeting – forcing the company to adopt cutting cash burn and certain liabilities, as well as developing aggressive revenue-generating tactics. That’s why we will briefly discuss the business model of Treebo Hotels in this case study and learn more about how they survived and thrived.

Let us first start by learning more about the company.

By picking a new well-organized hotel and bringing it under the Treebo Hotel Franchise, the company concentrates on the budget hotel segment. These have now been included in the Treebo Hotel franchise. Its main competitors are Oyo Rooms, ClearTrip, Fabhotels, and MakeMyTrip. If you wish to learn more about the famous hospitality aggregator start-up Oyo, you should read the digital marketing strategies of Oyo blog by us.

The company completely manages all aspects of their hotels using advanced technology and strives for the best revenue management and quality. With India’s growing hospitality industry, customers can easily book any hotel under Treebo Hotel or Oyo for a minimum charge of Rs. 3,000 to Rs. 5,000. This provides customers with complete hostel facilities with no interruptions.

Now that we had a quick overview of the company. Let’s begin the business model of Treebo Hotels.

Treebo Hotels is more concerned with branding than with aggregating a marketplace. Their business model is based on franchising. Treebo Hotels seeks out the best-suited hotels with excellent service to maintain their brand’s high standards. They communicate with the owners and provide excellent customer acquisition channels, branding, management software, and a variety of other services.

It charges approximately 40% of total revenue from each hotel, which is quite high. Treebo Hotel operates in the mid-segment of the hotel industry, which necessitates a strong comprehensive business model with operational capabilities.

Let’s begin the business model of Treebo Hotels by breaking it down in the coming sections by looking at their operations.

Treebo Hotel is a major player in India’s budget hotel chains segment, operating by a business model of acquiring existing properties through franchising their operations module and branding. It has established its chain of hotels in over 113 cities with approximately 600 hotels across India, according to the most recent data from 2020. They thrive by making use of the existing hotel’s presence and goodwill and combining it with their pan-Indian presence and trust to give both themselves and the hotel owners better sales.

Treebo Hotels compete in the hyper-saturated market of mid-tier hotels and faces fierce competition from MakeMyTrip and FabHotels. Even though they have a strong presence in the industry, they are dwarfed by the revenue of their competitors – yet the business model fo Treebo Hotels has caused enough stir in the market to threaten its competitors.

Beyond being competitors, MakeMyTrip and Treebo Hotels had a legal tiff with each other as well. After being forcibly delisted over a year ago, the Competition Commission of India (CCI) had ordered MakeMyTrip which is an online travel aggregator (OTA), to reinstate listings of Treebo and FabHotels hotel rooms on its platform.

CCI’s order on Wednesday also expressed concerns about MakeMyTrip’s dominance in the online travel industry, describing the delisting of Treebo and Fab Hotels as having “affected competition” in the market by “denying an important channel of distribution”.

Let’s begin the next section of the business model of Treebo Hotels – Key Services.

It can be difficult to find a suitable hotel with fresh toiletries, clean rooms, and affordable basic breakfast service. Finding this at a reasonable price is always difficult for the middle-class and this is where Treebo Hotel comes into play. The business model of Treebo is anchored around bringing together the most looked after services in the industry under the roof of each of their hotels, in a cost-effective and standardized manner.

Treebo Hotel offers excellent customer service and manages their customers’ basic needs at their leisure. It offers exclusive hotel options at very reasonable prices while meeting all of the requirements.

These are the key services featured in Treebo Hotel. Let’s take a look at the pricing strategy of Treebo Hotel.

The pricing strategy maned by Treebo Hotels is quite reasonable and affordable, trying to offer a price tag on their hotel rooms that can be afforded by everyone. Even though the organisation offers low prices for the services they provide and have not broken even with their profits yet, the company and its management cover the gap by the investments that fuel the company.

Treebo Hotel has raised a total of $69.2 million in funding over nine rounds. Their most recent funding came on October 27, 2020, in the form of a Venture-Series round. They are backed by a group of 16 investors, the most recent investors being Shantanu Deshpande and Vijay Shekhar Sharma.

This is how the pricing is handled by the company. Let’s try to understand the target audience of Treebo Hotel.

In this regard, Treebo Hotel’s mid-to-premium pricing strategy makes them appropriate for middle-class customers who wish to enjoy luxury or richer customers who wish to be on a budget while not compromising too much. Their main clientele is that of corporate travellers who like to have standardised experiences as they go around the world. They are not particularly differentiating their audiences along the lines of age or gender, online on the basis of price point.

With this, the business model of Treebo Hotels gets complete. Let’s conclude the findings below.

Treebo Hotel is well-known among the members of India’s burgeoning budget hotel networks and has established a strong foothold in the highly competitive market. However, it has suffered significant losses in recent years, but with advances in technology they employ and their services, Treebo Hotels is regaining ground. Developing strong on-ground operations is critical in this sector to provide a consistent experience for customers. This makes hospitality a capital-intensive business because it necessitates significant funding and effort to establish.

Gaining a professional understanding of digital marketing is essential for working in the marketing sphere of highly competitive industries such as hospitality. If marketing is something that interests you, you should definitely check out the Post Graduation Programme in Digital Marketing offered by IIDE that will help you transform into the managerial candidate in the marketing department of companies.

Want to know more about the marketing strategies and business models of different companies? Head on over to IIDE’s Knowledge Portal to learn more.

Thank you! You can share your valuable thoughts on this case study in the comment section below.