Taobao has a market share of 62% in China. It earned a revenue of around 100 million yuan which is equivalent to $15.4 million as of the financial year ending March 2021. Thus this makes us keen to know the business model of Taobao.

In this blog, we have covered the in-depth analysis of the business model of Taobao which includes its revenue model, value proposition, service segmentation, competitor analysis, etc. But before we start with its business model let us know about Taobao as a company. 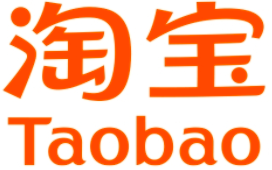 Taobao was established by Alibaba Group on May 10, 2003. It provides a platform for small businesses and individual entrepreneurs to open an online store. It has over 500 million registered users on its platform and over a 60million regular users.

This is a marketplace that is quite similar to amazon.com, ebay.com, or even Buy.com.The websites mostly benefit sellers and buyers of China, Taiwan, Hongkong, and Macao. Taobao offers its sellers, both auction format and fixed-price sales.

in 2016 Taobao launched a function name “ask everything”, it became more popular in the Taobao system, in which consumers can ask questions regarding a product, concerns about a certain product, and they can also comment on that and the previous consumer of the product respond on it.

It expanded the business to consumer addition in 2008 the website expend Taobao Mall. with its domain. By the year 2013, it was the 8th most visited website in china and after these effective steps, the market shares of Taobao rose from 8% to 59% between 2003 and 2005.

Let us now start with the step-by-step business model of Taobao.

Taobao uses a freemium business model in which it allows its customers to use its site without paying any fees and provides premium services on a paid subscription. By using this business model it is able to capture more than 60% of the market share in China.

Let us now start its business model by looking at the revenue model of Taobao.

Taobao generates its revenue mainly from these methods:

It chares its sellers to open stores on its platform. The seller must also pay a 5% commission to the company after the product is approved to sell on the platform.

Taobao provides its users with premium gold supplier membership in which it provides them with different premium services like the best sellers and products on the top or best deals, etc.

Let us now see the value proposition of Taobao.

Let us now see the service segmentation of Taobao.

Let us now see the promotional activities of Taobao.

Initially, Taobao used different methods to make its company a household name. It has partnered with large television shows and even advertised in movies to spread its word all over. It also partnered with major websites in china to promote itself. It even partnered up with a salient blogging website and allowed its users to use their accounts to shop at Taobao.

Let us now see the competitor analysis of Taobao.

There are only two main competitors for Taobao in the market which are as follows:

Amazon is an online marketplace where people from all over the world can buy and sell their products online. It has a market capitalization of over 1.777 trillion dollars. And due to its strong financials and dominance in the market, it makes a tough competition for Taobao.

It was started in the year 1995. It is an online auction website that provides its users to auction its products all over the world. It is one of the large competitors in the world in the online marketplace. Thus this makes eBay a tough competitor for Taobao.

With this, we come to the end of the Business Model of Taobao. Let’s conclude this case study in the next section.

It earns its revenue from mainly 3 different models which are advertisement from its sellers, the Entry fee for new businessmen, and premium gold supplier membership. They also provided its customers with different value proportions like a wide range of products under one roof, reliability, quick responses, etc. It also introduced different services like happyTaobao, Taobaolives, Baopals, etc. Taobao has mainly 2 competitors in the market which are Amazon and eBay.

Wasn’t it interesting to know the business model of Taobao? Learn how to grow your business using digital marketing, check out our website for more information. You can also check out Free Digital Marketing Masterclass by IIDE to understand what digital marketing is all about.

If you are interested in digital marketing and wish to be in touch with our academic counsellors then connect with them at admissions@iide.co for a free counselling session.

Hope you liked this case study and found it informative and insightful! Do share your thoughts about the case study in the comments below and do let us know if we have missed anything.