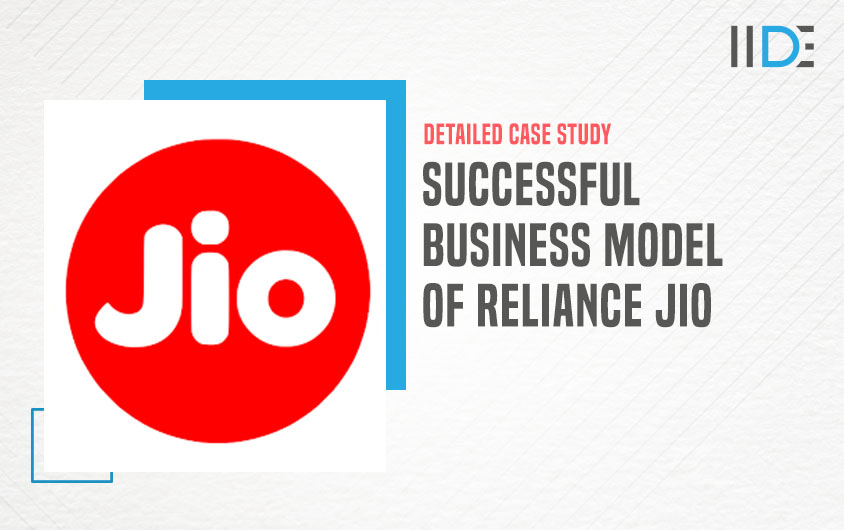 It is the largest mobile network centre in India. It is the third-largest telecom operator in India with 42.62 crore subscribers. Its net income for the financial year 2020 was 12,537 crores. Thus this makes us keen to know the business model of Reliance Jio. 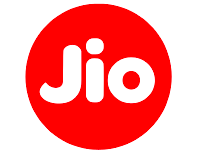 It was first started in the year 2007. Its headquarter is located in Mumbai Maharashtra India. Reliance Jio has a national Network which is LTE which covers all 22 Telecom circles. Jio offers a 4G network it also provides LTE voice-overs to provide voice service.

The Reliance business model is run and owned by Mukesh Ambani. The Jio business model is specified that giving free services to the customers will benefit them with more money as compared to the current other networks as charge prices, Jio provides free voice calls to customers.

Reliance Jio was founded in the year 2007 by Mukesh Ambani. It was made publicly available on 5th September 2016 throughout the world.

Let us now see the business model of Reliance Jio step by step.

Reliance Jio used a loss-leading strategy which means it sold its products or services at a price lower than the actual price in the market. Reliance Jio initially started giving its users free of cost data and voice calls for a long period of time which helped them gain a large customer base and a higher market share.

Then later after the free data offer was over it started providing its customers with cheaper recharges which helped them to retain their customers.

Let us now see its business model by starting with its pricing strategy.

At a time when it comes to making constructive brand awareness, Reliance Jio has taken on a little bit of a hostile marketing strategy on radio, television,  magazines, newspapers, and various social media platforms like YouTube, Twitter, Facebook. This marketing is also used by film industry celebrities, it helps them in doing acting in advertisements and joining their brand to work with them.

Let us now see the product and service segmentation of Reliance Jio.

Let us now see the competitors of reliance Jio. 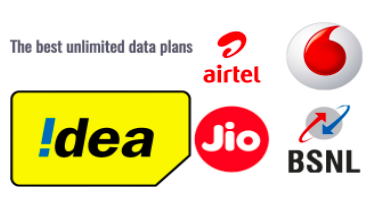 Firstly, before Jio was launched there were more than 10 telecom companies, but when Jio entered the industry everything got changed. Jio with its special features and less-price cleaned away most of the telecom companies .companies which swept out are Aircel, MTS, and many more as their price range was high as compared to Jio. Now, there are company likes Vi, Airtel which are the main competitors in the market for Jio. 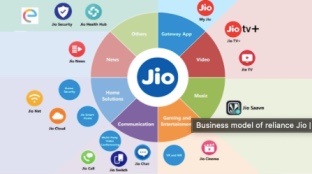 The centre of attraction in the last few years has been the Reliance company. As it innovates advertisement campaigns. these campaigns run all over electronic media and swings everyone’s interest to Jio’s brilliant incentives and less prices. Let’s have a glance at some of the best campaigns.

Reliance Jio brought up an amazing campaign of giving charge-free home-delivery of SIM Cards to the customers. Customers had no struggle to visit any store to get the SIM Card. With this helpfulness, Jio has crossed 26 million in just  20weeks.

Overall, this campaign has been the biggest hit for Reliance Jio

In India, cricket is one of the famous games. Jio recognizes the distance of the people who invested in financing groups in the IPL. The people who have an interest and craze for cricket Jio help the people who are cricket lovers to respond to the result of every ball player and get prizes

Lastly, we would recommend you watch this detailed video to discover various things you didn’t know about your telecom operator- Reliance Jio📲

With this, we come to the end of the Business Model of Reliance Jio. Let’s conclude this case study in the upcoming section.

If you are still interested in knowing more about Reliance Jio you should read our blog on the Marketing strategy of Reliance Jio. Wasn’t it interesting to know the business model of Reliance Jio? Learn how to grow your business using digital marketing, check out our website for more information.

You can also check out Free Digital Marketing Masterclass by IIDE to understand what digital marketing is all about. If you are interested in digital marketing and wish to be in touch with our academic counsellors then connect with them at admissions@iide.co for a free counselling session.

Hope you liked this case study and found it informative and insightful! Do share your thoughts about the case study in the comments below and do let us know if we have missed anything.