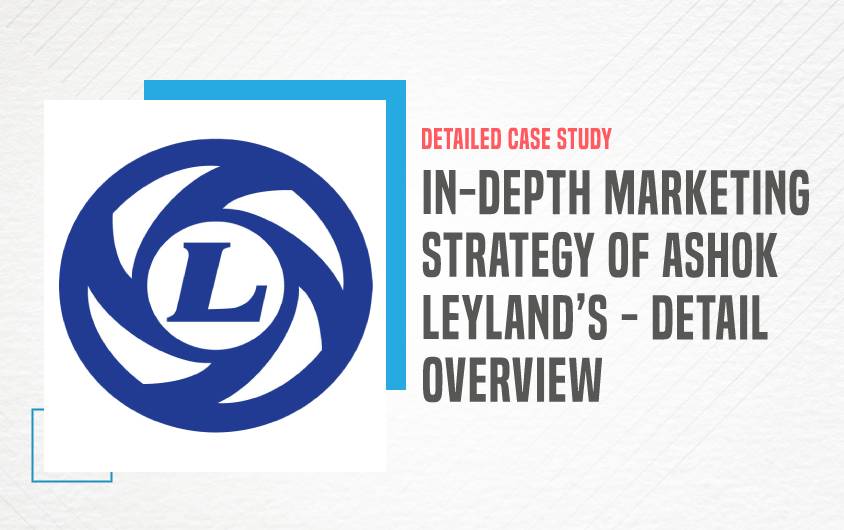 Whenever we think of commercial vehicles, there are very few brands that come to our mind. In today’s case study we would talk about one such automobile company, Ashok Leyland Limited.

On a global scale, it is the 4th largest bus-maker and 12th largest truck-maker. Amongst all the manufacturers of heavy vehicles in the world, completely different but with a similar category to each other, Ashok Leyland is one of its kind.

In this case study, we will examine the marketing mix of Ashok Leyland, its 4Ps of the marketing mix, its marketing strategies, and competitive analysis on its digital presence, along with few suggestions to work upon to maintain a unique edge over its other competitors in the market.

So let’s start by first knowing more about Ashok Leyland Limited as a company.

Ashok Leyland is an Indian multinational corporation established in 1951. It is the flagship company of the Hinduja Group and is currently headquartered in Chennai, India.  It serves its offerings worldwide and has six subsidiaries to its name.

It is one of India’s leading vehicle manufacturers that offers a comprehensive range of small, medium, and heavy commercial, and passenger vehicles and is also a self-reliant unit, engaged in the business of manufacturing, assembling, and marketing commercial vehicles, automobiles all over the world.

It is a public limited company listed on the NSE and BSE in India.

Now that we have a little knowledge about the company, let us understand it further by going through its marketing mix model.

As mentioned previously, Ashok Leyland manufactures a variety of vehicles, be it small vehicles like mini trucks to huge tractors and trailers and other passenger vehicles as well. The price parameter refers to the pricing of the product that a company offers to its customers.

The term “Place” implies a location, such as the sales office or a designated retail outlet or service centres. 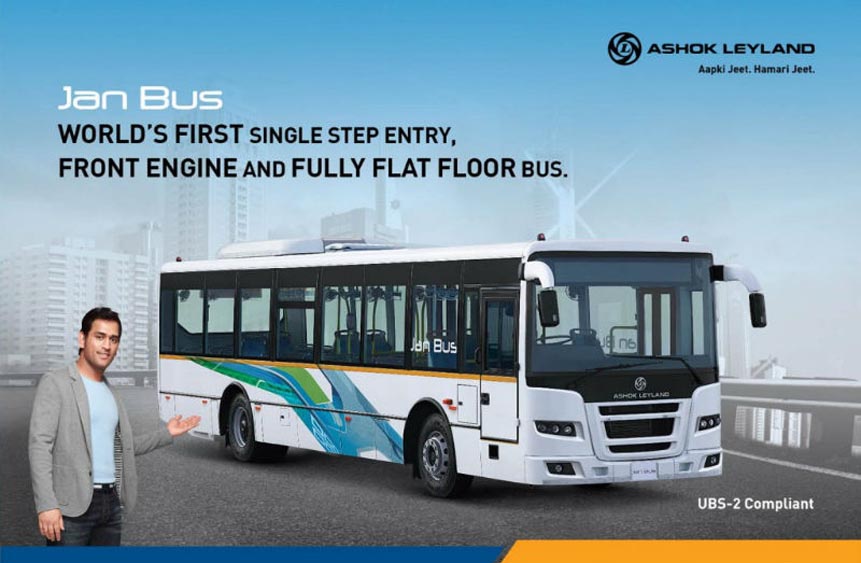 Now that you understand a little more about Ashok Leyland as a whole. Let us now understand the steps it has undertaken to promote itself to maintain a strong customer connection in India by going through its marketing strategy.

Marketing is a crucial part of any industry to garner a positive image in the market. Ashok Leyland has been active in implementing its marketing strategy among different regions and countries. It has undertaken various marketing campaigns over the years and some major ones are highlighted in this section.

Ashok Leyland Driver’s Anthem is one of its really popular campaigns that resonated well with the community.

This anthem focuses on answering questions such as, “Who are our truck drivers?“ “Where do they come from?” and “What keeps them going?”. It salutes fellow drivers and their hard work for being the driving force of the nation.

The tone of the composition is inspiring and heart-warming. It is one of the finest campaigns of Ashok Leyland. It was targeted at the general audience, who liked it a lot, while it also got a lot of appreciation from the transport fraternity.

Ashok Leyland Touching Lives, this campaign was released when Ashok Leyland as a company, completed 70 years in the business.

This campaign focused on showcasing how Ashok Leyland has come a long way since its inception in 1948 and how it has been a part of millions of lives, their stories, and their journeys over the last 70 years.

It pointed out to its customers that, “We are here, where we are today, because of the trust that you have put in us”.

This was another popular ad campaign that was received well by the audience.  Let us now understand how Ashok Leyland has worked out in implementing its social media marketing strategies.

Ashok Leyland has a wide social media presence. They are present on all major social media platforms which include Twitter, Instagram, Facebook, and YouTube. They frequently release videos related to the company from financial performance analysis to campaign videos to connect well with their stakeholders and customers.

Given below is a chart that shows its popularity levels on various social media pages of Ashok Leyland: 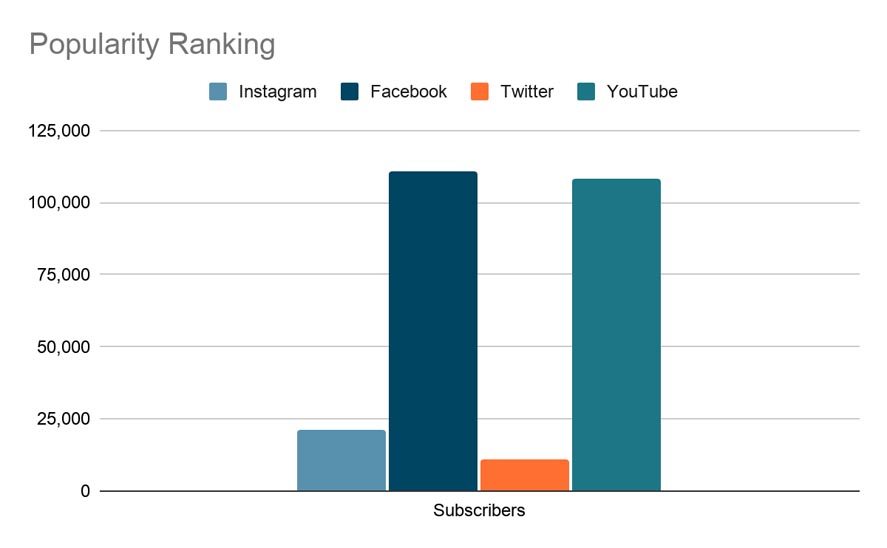 As you can see, Facebook (dark blue) has the highest number of subscribers. This shows that their Facebook page has garnered the most popularity. They moreover post similar content on all of their pages.

If Ashok Leyland wants to increase its subscription numbers and engagement ratios on these underperforming social media handles, it will have to work out new strategies.

Now that you have an overview of Ashok Leyland as a company and its marketing strategies, let us now check out what their competitors are doing on their own marketing lanes. It also has a Youtube channel for each of its automobile products and also has a main channel that showcases the Mahindra group as a whole.

It also has separate social media handles for its automobile products just like it has on Youtube. Let us look at its other competitors

Bharat Benz is present on Facebook, Twitter, Instagram, and Youtube as well. It has very few subscribers and followers compared to its competitors but it follows a similar strategy to that of Ashok Leyland’s. It posts information about its products and other financial videos along with occasional marketing campaigns and advertising films. 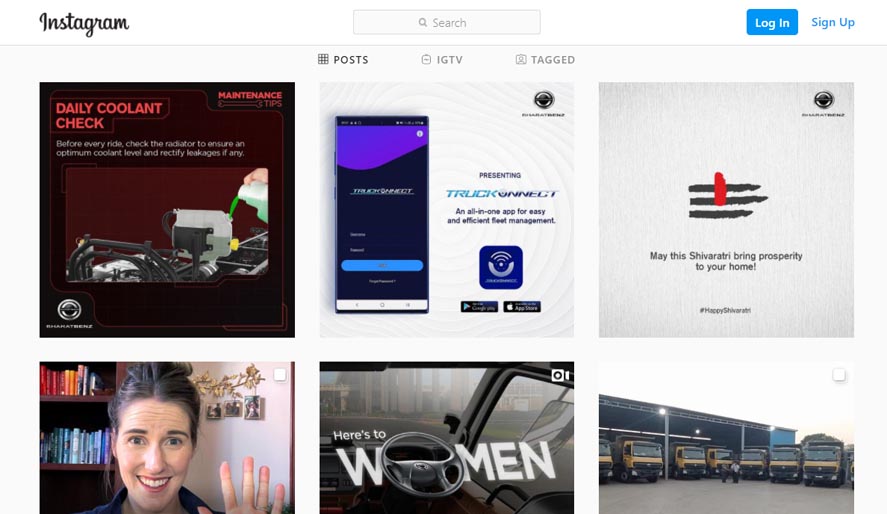 As a company, it is primarily a car manufacturing company and its YouTube and Twitter feed also focuses more on promoting cars and has less concentration on its heavy and commercial vehicle promotion.

Volvo Trucks has also a very strong presence on various digital platforms. It is almost present on all the major social media platforms. They post frequently and they post statistics and information related to their products and the company. 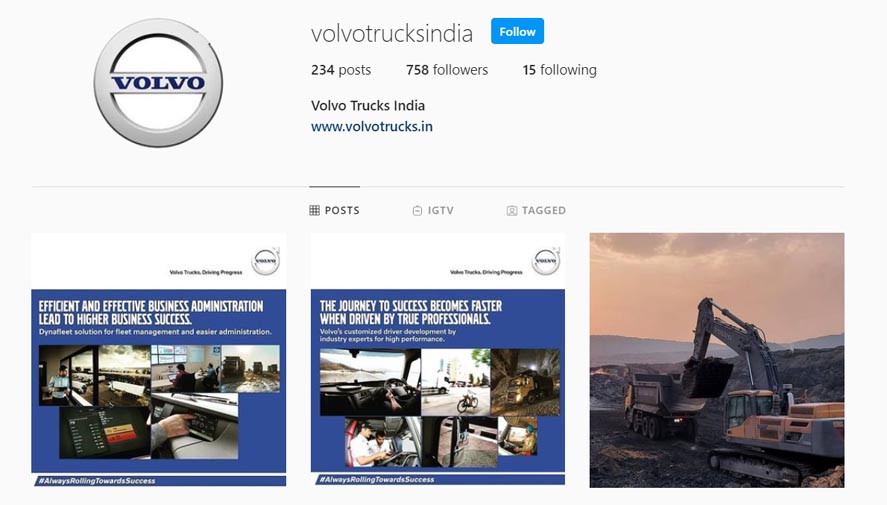 Now that we have gone through Ashok Leyland’s competitors’ social media platforms, let us go through a few suggestions that can improve Ashok Leyland’s digital presence.

If Ashok Leyland were to work on these points, in this increasingly digitized world, it would be more effective on its digital presence compared to its competitors.

With that our marketing case study on Ashok Leyland comes to an end. Let’s summarize its final points in the next section.

Ashok Leyland has built itself a niche in the Indian commercial vehicle business. Its name is widely recognized pan-India and globally. They keep a very close eye on their competitors on the business fronts. However, on the digital fronts, it needs to figure out its social media marketing plan to create a strong overall digital presence which will help them in maintaining trust, recognition, and a strong brand reinforcement in the minds of customers.

Let us know your thoughts on this case study in the comment section down below. Thank you for reading, and if you liked our blog then do share this in your circle.