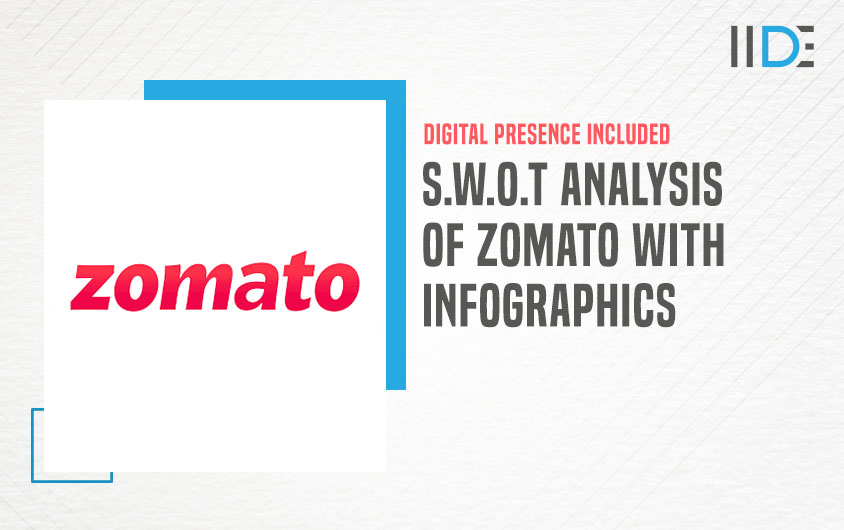 We previously looked at the Business Model of Zomato, which helped us understand how the organisation functioned. This time, we’ll take a look at the SWOT Analysis of Zomato, its competitor.

Zomato is an Indian based multinational online website that is a restaurant search and discovery service. It is one of the leading and successful brands in the IT & Tech sector. They provide clients with a highly structured and user-friendly platform to form an opinion of their preferred restaurants.

Zomato’s brilliant marketing strategies have helped them position themselves top within the industry. Marketing develops with time and changes based on the demands and preferences of the modern population. The majority of successful campaigns run via digital media. If you want to learn more about today’s effective marketing, check out our  Free MasterClass on Digital Marketing 101 taught by Karan Shah, CEO and Founder of IIDE.

To better comprehend the cause following Zomato’s consistent growth and maintenance of a strong position, let’s go through the SWOT analysis of Zomato. But before we begin, let’s learn more about Zomato, its founding, financial status, services and competitors.

Zomato is a worldwide restaurant aggregator headquartered in India that was launched in 2008. Deepinder Goyal, who is also the acting CEO, started this meal delivery firm alongside Pankaj Chaddah and Gunjan Patidar. Infoedge is the parent firm of Zomato.

Foodiebay was the company’s original name when it was launched in July 2008, but it was changed to Zomato in 2010. Since then, Zomato has been the main source of information on restaurants and cafés, including their meal menus, user ratings, and food delivery choices from its partner eateries. 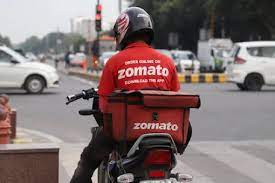 Zomato’s motto is “discover excellent places to dine around you,” and it certainly delivers on that promise. Zomato stands out and is far ahead of its competition due to its content and quality.

Following are the services Zomato provides their customers –

Some of Zomato’s top competitors are as follows:

Now that we have assessed the background of Zomato, let’s delve right into the SWOT Analysis of Zomato. 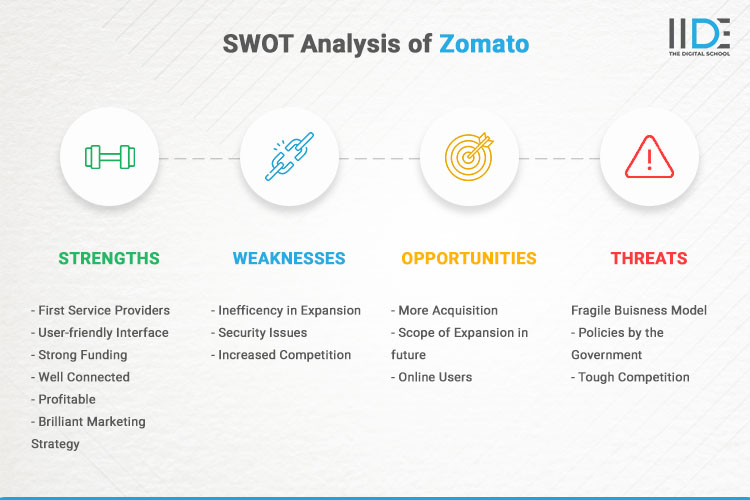 SWOT Analysis is an abbreviation for Strengths, Weaknesses, Opportunities, and Threats. This study focuses on the internal and external elements that might affect every company. Internal variables include strengths and weaknesses, whereas external ones include opportunities and threats.

It is a tool for strategic planning and decision making. It is usually more helpful if the SWOT analysis of Zomato is done keeping in mind an objective like taking advantage of a new business opportunity or responding to new trends, etc.

The first tool of SWOT is the Strengths. These are the factors are that put the company at the top and promising within the industry. Following are the strengths of Zomato –

Opportunities is a useful analysis conducted within every business. This provides the organisation with a few specific goals they need to focus on to stay a step ahead of their competitors. Let’s look at what Zomato can seize –

Last, under the segment of SWOT Analysis of Zomato, we have the Threat. These factors are important to consider as it protects the organisation from dealing with potential losses and more.

A SWOT Analysis provides every organization with a specific goal and hence helps businesses like Zomato to avoid harmful risks and benefit from opportunities. This brings us to the conclusion of the SWOT Analysis of Zomato. We’ll wrap up the case study in the segment below. But before that, we would recommend you to watch this video to gain an understanding of  Zomato’s marketing strategy.

Zomato is one of the leading companies in the online food delivery market. It is imperative that Zomato should expand its platform and improve its reach to a greater audience base. They should invest more in new technologies and grab hold of them. Additionally, they should take a look at those security issues and make sure that they got resolved. And they should establish their base in other 3rd world countries to gain the most out of them.

Zomato is increasing its reach day by day. By now it is already in 25 countries with 1.5 million listed restaurants and this data will not stop here. They should begin establishing their base in other 3rd world countries to gain the most out of them.

Zomato is an online-based service platform, hence they make the best use of the digital platform. They utilize various digital marketing channels such as SEO, Emailing, and Content Marketing to promote their newer service and offers.

To be a part of leading online service providers such as Zomato, gaining expert knowledge of the Digital Marketing industry is vital. IIDE provides training in a variety of digital skills and knowledge, including Short Term Certification Courses that can bring you up to speed in as little as five days. Check out  IIDE’s short-term certification courses, which include topics like social media marketing, media planning, and SEO.

If you enjoy the in-depth SWOT Analysis of Zomato, check out our IIDE Knowledge section for more interesting case studies. Thank you for taking the time to read this, please comment below with your opinions on the case study.