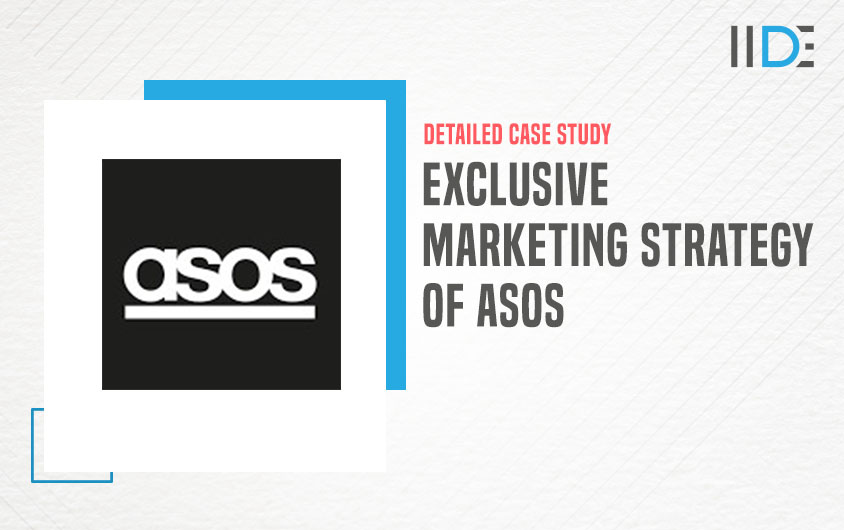 ASOS envisions a world in which people are free to be themselves without fear of being judged. To try new things. to express oneself To be courageous and embrace life as the extraordinary adventure that it is. As a result, it ensures that everyone has an equal opportunity to discover all of the amazing things they are capable of – regardless of who they are, where they come from, or what they look like to boss. It exists to assure you that you can be whoever you want to be.

In this case study, we’ll learn about the Marketing Strategy of ASOS in depth. Based on an analysis of the best market opportunities, marketing strategy defines target markets and the value proposition that will be offered. It is essentially a formula for how a company will compete, what its goals should be, and what policies will be required to achieve these goals.

So, let us begin by defining ASOS as a company in the following section below. 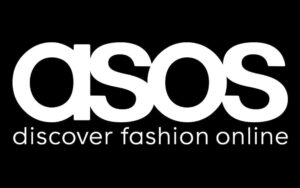 ASOS plc is a British online retailer of fashion and cosmetics. The company was founded in London in 2000, with a primary focus on young adults. The website sells over 850 brands as well as its own clothing and accessories, and ships to all 196 countries from fulfilment centres in the United Kingdom, the United States, and Europe. It is the world’s fourth-largest online fashion store in terms of revenue.

ASOS originally stood for AsSeenOnScreen, with the tagline “Buy what you see on film and TV” because it only sold imitations of clothing from those mediums (for example, Brad Pitt’s red leather jacket from the 1999 film Fight Club). However, it no longer has that meaning and is generally stylized as an uppercase acronym, even though the company’s logo represents it in lower case. 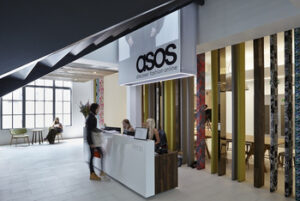 The headquarters of ASOS is located at Camden City, Greater London House, Berlin, and Birmingham, with additional offices. Since 2013, its main centre, which employs 3,500 people, has been in Barnsley, South Yorkshire. Leavesden, near Watford, in the southwest of Hertfordshire, is the customer service department.

Every month its website attracts 6 million shoppers and has over 2 million registered customers. Its client base increased by 3.1 million to 23.4 million active clients last year. In February 2021 ASOS took over from the collapsing Phillip green Arcadia Group Topshop, Topman, Miss Selfridge, and HIIT brands, resulting in global expansion.

So, now that we’ve analyzed the company, let’s look at the top reasons for ASOS’ success.

What are the reasons for ASOS success?

With an excellent marketing strategy, advertising campaigns, and  SWOT analysis, the brand has been able to stay at the top of its game and with this, we have concluded the case study of ASOS. Now let us summarize it in the conclusion section below.

The marketing mix refers to the various areas of emphasis through which a company promotes its brand or product in the market. They are as follows: Product, Price, Promotion, Place. Let’s look at the 4 P’s of ASOS’s marketing mix below.

ASOS is a leading fashion e-commerce retailer based in the United Kingdom. ASOS sells clothing, shoes, and beauty accessories directly to customers. It can be purchased via the internet or an app. The products can be made by ASOS or by a variety of other brands with whom it has collaborated for both men and women. They have launched a new brand for children called Little ASOS. 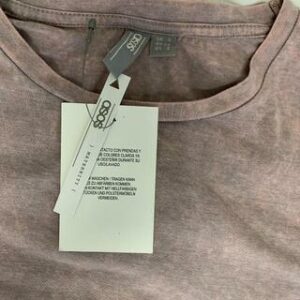 For apparel, they have big brands like Nike, Adidas, Calvin Klein, and so on, and for beauty products, they have Bourjois. They have a large marketing mix product portfolio on their portal, demonstrating that they can cater to a wide range of people.

ASOS has adopted an affordable pricing strategy. They have a diverse product line that spans the entire price range. 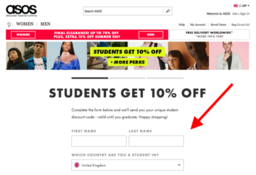 The products sold are of high quality but at a lower cost. They have mid-season and end-of-season sales where they sell a product at heavily discounted prices. Most of the time, ASOS does not charge a delivery charge, but in some cases, they do.

ASOS began as an internet-based platform for purchasing clothing and footwear. The company has now launched a smartphone-based app for both Android and iPhone. After they have paid for the product, it will be delivered to their registered address.

They now have warehouses in various locations throughout the United Kingdom from which they can easily ship the product.

ASOS’s primary means of promotion are its website, mobile app, and magazines. It sends emails and updates to the registered email addresses regularly. For promotion, they also send out leaflets and booklets via post and delivery. They have created groups and communities on social networking sites such as Facebook and Twitter to keep customers up to date on their products and discounts.

Now that we have seen the brand’s marketing mix, let us look at the Marketing Strategy of ASOS.

Ask any dealer to name an online retail company they admire and the answer will always be ASOS. For 20 years old, ASOS is an online fashion destination. Its online platform works by selecting the best trendy items from a variety of brands and grouping them with its products. 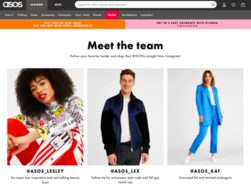 This strategy has helped ASOS not only to sell its products but has also made it the best online mode destination. The company has actually collected over 80,000 branded and proprietary products.

How in just a few years has ASOS become a fashion empire? Partly through marketing strategies focusing on brand awareness and popularity such as:

Advertising campaigns are critical to the success of any business. It not only promotes the product but also communicates with the customer in a meaningful way. Let’s take a look at some ASOS campaigns: 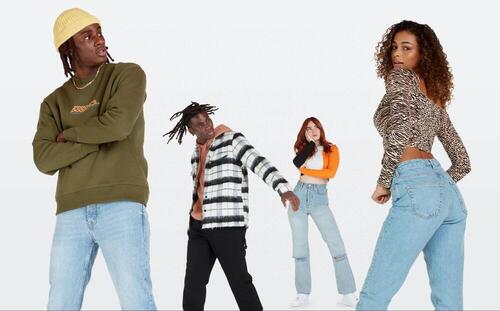 ASOS, one of the world’s leading online fashion retailers, had launched a multi-million-pound campaign on 22nd Feb, this year targeted at Topshop and Topman customers, letting them know that they can shop their favorite brands on ASOS following their acquisition at the start of the month.

The two-week social-led campaign aimed to raise awareness among clients in the United Kingdom, the United States, and Germany via YouTube, TikTok, Snapchat, Facebook, and Instagram.

Since February, ASOS had more than doubled the number of Topshop and Topman products available on its website, with plans to double it again in the coming weeks. ASOS launched the “AySauceChallenge” TikTok campaign on 24th August last year. This campaign was a huge success because it used a combination of ASOS and creator-commissioned content to drive brand recognition and awareness.

Loren Gray, Jordan Fisher, Michael Le, Holly H, Luke Trotman, the Nefatti brothers, and many others were among the creators. The challenge hashtag received over 1.6 billion views, making ASOS the only European fashion brand to surpass a billion views during the campaign period in 2020. 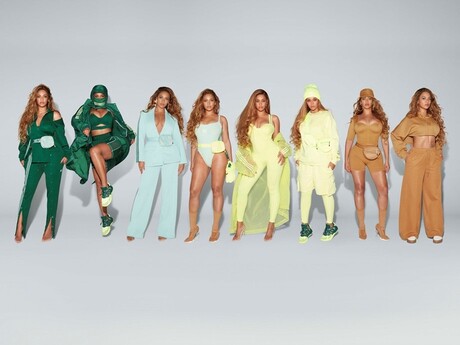 An ASOS homepage takeover, out-of-home advertising in London and New York, and social assets featuring Queen B were all part of the brand’s collaborative marketing efforts. The best part was that the products were gone in a matter of hours.

Now that we have seen some successful campaigns by the brand, let us take a look at the successful digital marketing strategy of ASOS.

Digital marketing, also known as online marketing, is the promotion of brands to connect with potential customers via the internet and other forms of digital communication. As a marketing channel, this comprises not only email, social media, and web-based advertising, but also text and multimedia messages.

ASOS claimed in November 2009 that it had one Twitter follower for every eight Facebook fans and 100 active email subscribers. According to their 2008 report, email marketing could be directly attributed to nearly 10% of sales.

ASOS launched a campaign in 2017 to capitalize on the ‘Instagram Stories’ feature, encouraging users to upload videos of purchased ASOS products. In the United Kingdom, 3 million people interacted with the video.  ASOS employs the hashtag #AsSeenOnMe, and any use of the hashtag adds the photos to an ASOS online database.

ASOS’ YouTube channel features fashion influencer-hosted series such as How to Style and Sneakers in 60 Seconds to inspire users’ fashion choices.

Let’s look at the brand’s social media accounts below: 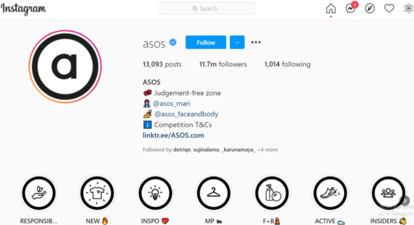 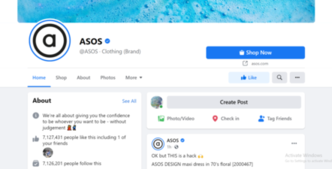 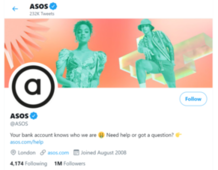 ASOS brings its products to life through these channels. It uses a wide variety of images and stylish displays for building customer engagement. It also concentrates very much on video content. Content is the primary factor that contributes to its successful promotion through the digital platform.

Now that we’ve analyzed the digital marketing strategy, let us look at the SWOT analysis of ASOS and better understand the brand’s strengths, weaknesses, threats, and opportunities.

A SWOT analysis is a technique for defining the Strengths, Weaknesses, Opportunities, and Threats of a business. The primary goal of a SWOT analysis is to assist organizations in developing a complete understanding of all the factors involved in making a business decision.

Let’s take a look at ASOS’s SWOT analysis below:

Celebrities, to state the obvious, are always a hot topic. This is most likely why word of the As Seen on Screen campaign spread so quickly. But here’s what ASOS did right: they sold products that could be worn by anyone.

People have different styles, and combining these styles into a single platform is the ideal way to become an ideal eCommerce site while on the other hand, ASOS creates a positive brand image by emphasizing corporate responsibility and informing its customers about who they are assisting.

Due to these reasons, ASOS became an all-in-one fashion empire by sharing its platform with hundreds of brands and designers.

Did you like our work? Do you want to acquire these skills? Attend our Free Masterclass with Karan Shah, CEO of IIDE, to gain hands-on experience with digital marketing. Please visit our website [email protected] for more information on other courses.

We appreciate you taking the time to read the blog and contribute to it. We hope you found this blog to be informative and beneficial.

So, if you liked the article, please share it with your friends, colleagues, and family; if you thought it was interesting and valuable, please leave a comment and let us know what you thought.